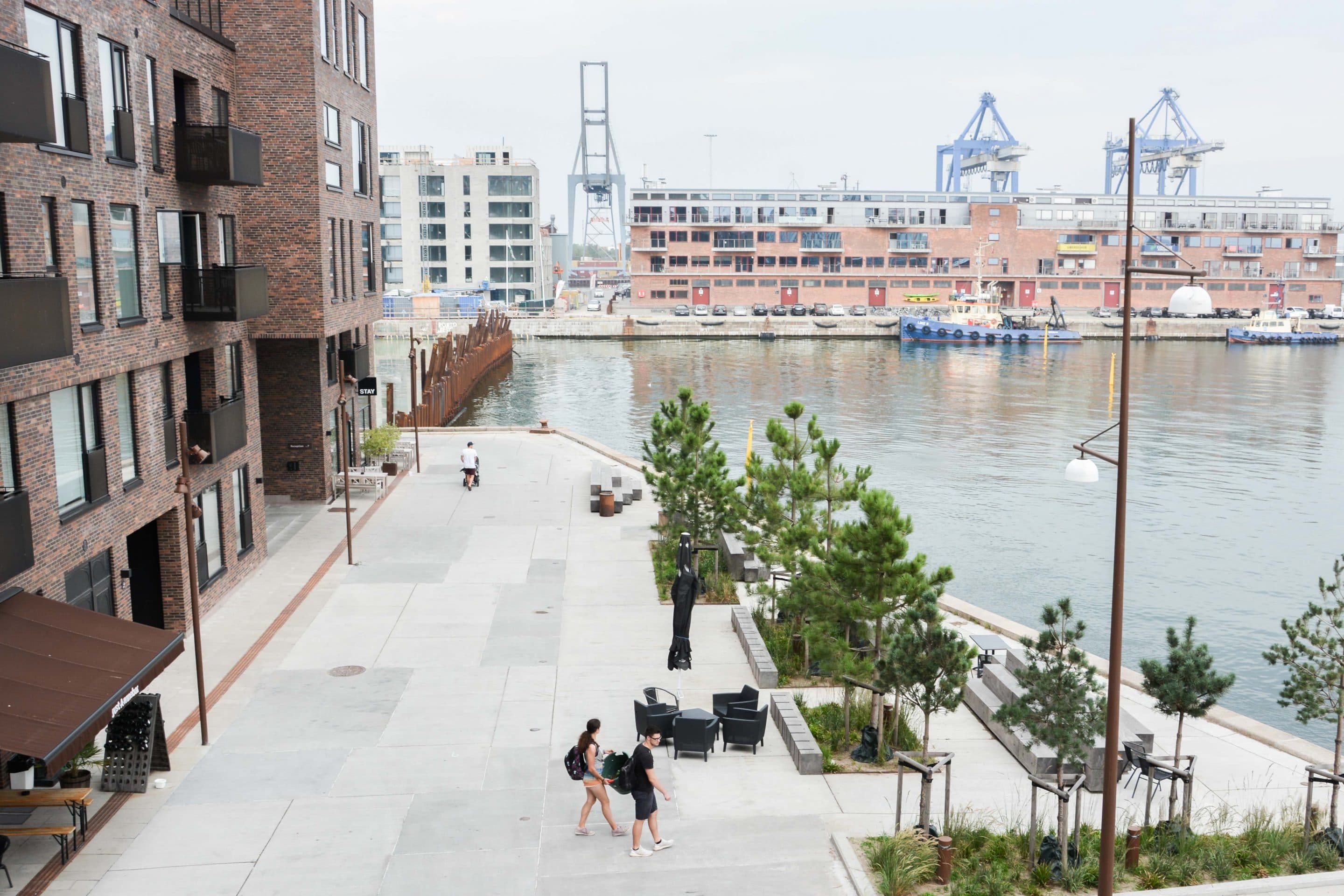 Group rate includes entrance to DAC’s current exhibitions on the day of the tour. Special discounts for tour operators and universities.

Bringing a group to Copenhagen?

This tour is available on the day/time of your choice for private groups.

Join the Danish Architecture Center (DAC) in exploring the Nordhavn – our city’s North Harbor. In just the past 12 years, the area has been transformed from an industrial port into the city’s fastest growing livable district.

With 2500 residents today – and plans for 40,000 residents and 40,000 workplaces by 2050 – the area is buzzing with new construction informed by smart public policies. Planned as a carbon neutral neighborhood with easy walkable access to shops, workplaces, the new Metro, and a new bicycle superhighway, Nordhavn is rethinking what it means to build a sustainable city.

Contemporary housing is steps from the harbor where residents swim and kayak.  Our DAC Guides share the stories behind the industrial warehouses, shipyards, and canals and the ways these 19th century spaces are being creatively preserved and adaptively reused for today.

Our tour begins at The Silo (COBE, 2017) an old concrete grain silo transformed into one of the most exclusive apartments buildings in Copenhagen – and honored as Architizer’s Building of the Year and an EU Mies Prize Award nominee. We’ll visit the coolest playground in Copenhagen – Konditaget Lüders (JAJA Architects, 2016) – the fitness park built on top of a 24-meter parking garage. Other highlights include The International School (CF Møller, 2017) and the UN City (3XN, 2013).