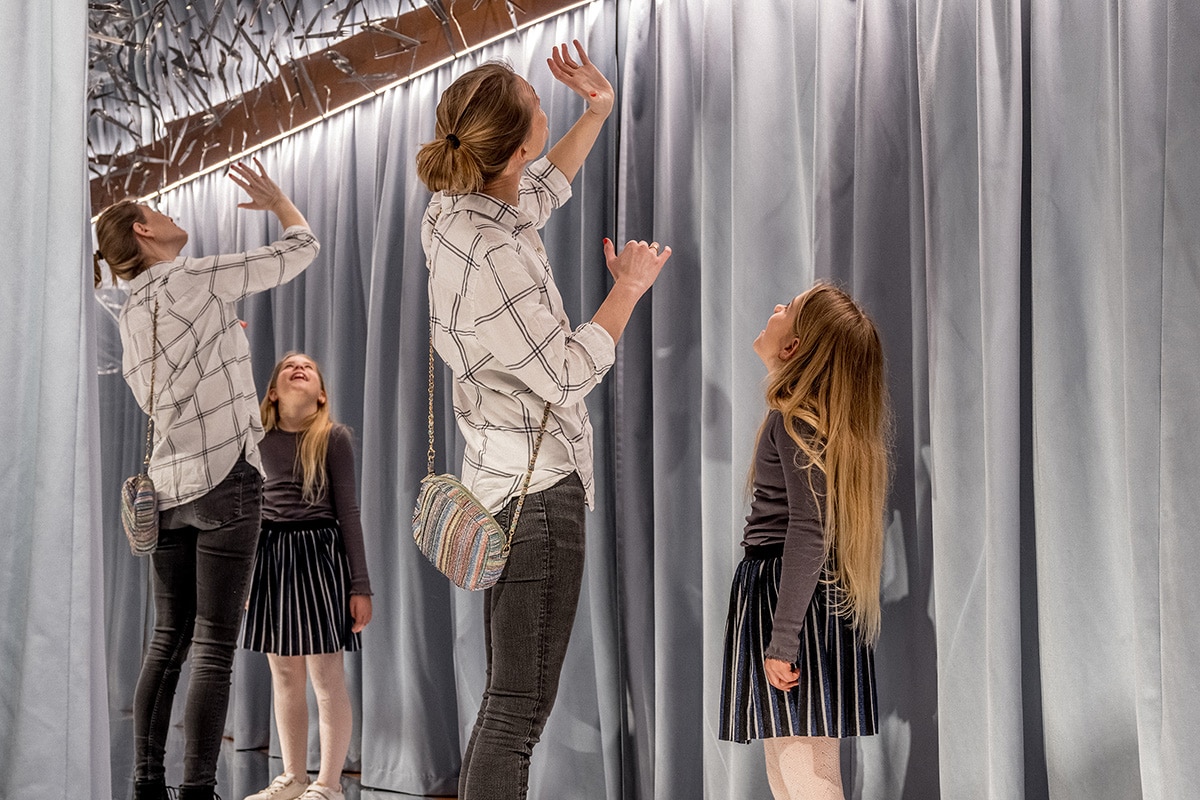 In the 1950s when SAS launched its new route between the USA and Scandinavia, it was celebrated with a building that could showcase for the world Scandinavian design at its best. The commission was to design a building that would serve as a luxury hotel, a travel agency and an airline terminal, where passengers could check in before heading to the airport. The project was assigned to the visionary architect Arne Jacobsen (1902-1971).

SAS Royal Hotel, now Radisson Collection Royal Hotel, is a genuine Gesamtkunstwerk. An architectural structure that was meticulously conceptualized and planned down to the flatware in the restaurant. It is an architectural masterpiece made up of hundreds upon hundreds of small and large elements that, together, constitute a coherent whole. Many of the elements, such as The Egg, The Drop and The Swan chairs and the flatware and door fixtures have become such strong design icons in their own right that many people don’t realize that they were, in fact, designed for the hotel.

Opened in 1960, the SAS Royal Hotel is one of Arne Jacobsen’s most iconic buildings and one of Denmark’s first skyscraper. It’s a shining example of his mastery of all parts of the design process.

The exhibition “SAS Royal Hotel—A Love Story” tells the story of a building that was the most modern hotel in Scandinavia and yet was harshly criticized in its early years: ideas for how we can all live more affordably, beautifully and meaningfully.

“Sure, they call it the punch card—and it’s funny because it actually looks like one when the windows are open on warm summer says. It has been called so many things … like the ‘glass cigar box.’ And many people thought it was a terribly ugly building, and perhaps many still feel that way. In any event, it won first prize when they held a contest for the ugliest building in Copenhagen,” recalled Arne Jacobsen when interviewed for a portrait film.

Today, the building fills Danes with pride. Every year, students of architecture and tourists from around the world come to admire the steel and glass building. And many thousands of design aficionados stand in line to take the elevator to the 6th floor to visit room 606—the only room that still looks exactly as it did when the hotel opened.

The exhibition presents Arne Jacobsen’s masterpiece, which was so frowned upon in its day, and shows how it was and is a declaration of love to the city of Copenhagen. It shows how good architecture has its rightful place across gen-erations and styles. That good architecture continues to point to the future.

“Arne Jacobsen was an incredibly visionary architect in his day, and his lega-cy’s continuous significance for Danish architecture cannot be underestimated. SAS Royal Hotel is just one example that shows he is still highly relevant in 2020. The building’s strong coherence is unsurpassed and, with its richness of detail and functionality, it is absolutely his seminal work—also from the per-spective of international architecture,” says Tanya Lindkvist, Program Manager. Danish Architecture Center.

The exhibition is divided into four tableaux. In the first, the Danish Architecture Center zooms in on Arne Jacobsen the architect, who was a modern pioneer and ahead of his time. In the second, the focus shifts to the interior design of the SAS Royal Hotel, with special focus on room 606. The third space shows how Arne Jacobsen’s building and design continues to make an impact even today. The last tableau is a discovery space —an installation that tickles the senses and is a tribute to the AJ flatware designed for the SAS Royal Hotel’s restaurant.

In connection to the mini exhibition about SAS Royal Hotel, DAC offers an exclusive guided tour that starts in the exhibition in DAC and continues through the city to the hotel and up into the iconic room 606, which still stands today, as it did in 1960 with the original interior.

The exhibition can be seen in DAC Passage from April 21 to October 24, 2021. There is free access.

The exhibition was developed by the Danish Architecture Center in cooperation with Radisson Collection Royal Hotel and with the support of the philanthropic association Realdania.

Thank You to All Our Contributors

The exhibition was developed by the Danish Architecture Center in cooperation with Radisson Collection Royal Hotel and with the support of the philanthropic association Realdania.