Exhibition: The Good Cause – Architecture for Peace 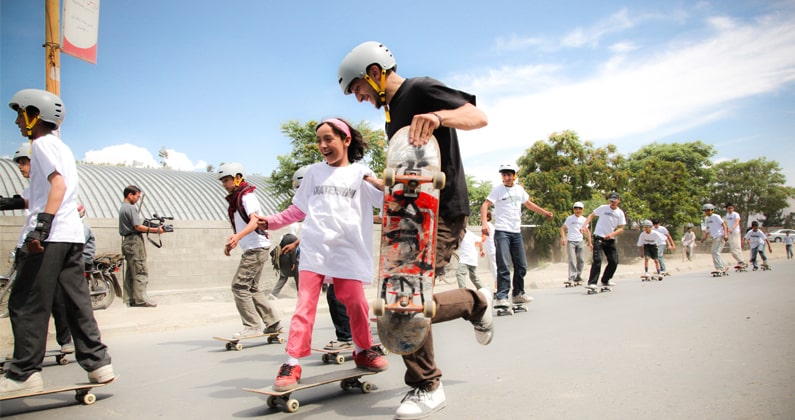 The Good Cause has previously been exhibited in Germany, Holland, Rwanda and Turkey and is developed by Archis, Amsterdam.

The displaying of the exhibition at The Danish Architecture Center are supported by Realdania.

Civil war in Syria, crisis between Ukraine and Russia, the never-ending conflict between Israel and Palestine – even though war and conflicts might seem far away they are still taking place around the world every day and wherever we are, we are one way or another involved in them.

The exhibition “The Good Cause” showed a number of cases where architecture and urban planning has helped to stabilize such conflicts and support peace keeping operations. To put it on other words where architecture actively supported the transition from negative to positive peace. For example the case from Rwanda where a football stadion is built to create community after the civil war or a park in Afghanistan where people can find tranquility under the cherry trees in an otherwise turbulent country.  At the same time the exhibition looked on the general correlation between how people act and how the surroundings are shaped.

“The Good Cause” also showed some thought-provoking facts on war and peace – how many wars have there been since the Second World War? And is there a correlation between the places where there have been peace keeping operations? The visitors could experience an exhibition that showed architecture in a good cause.