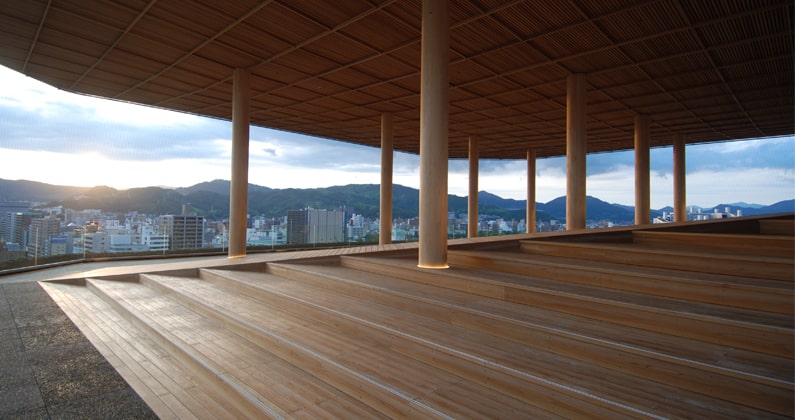 This exhibition focused on the Japanese architect Hiroshi Sambuichi, who creates sustainable and self-sufficient buildings by utilising local movements in air, water and light.

Sambuichi achieved international recognition early in his career and is today one of the foremost experimentalists in the field of sustainable architecture.

Hiroshi Sambuichi works with what he calls the moving materials of a site: the movements of wind, water and light.

Local movements in air, water and light are here utilised so that buildings, for example, do not need to be powered by anything other than what naturally occurs at the site. Style and expression therefore differ markedly from how they are seen in the Nordic region and the western part of the world, where architecture is generally highly dependent on modern technology such as electricity.

Sambuichi’s architecture zooms in on current issues regarding connection and disconnection in relation to e.g. urban growth and depopulation as well as issues of sustainability and the importance of local and regional identity in a globalised world.

The exhibition was part of the series of cultural initiatives taking place in connection with the official celebration in 2017 of the 150th anniversary of diplomatic relations between Denmark and Japan.

The Cisterns showed the total installation ‘The Water of Hiroshi Sambuichi’ from 21 March 2017 – 2 February 2018, where his work with the site’s volatile materials – light, air and water – was demonstrated on a walk of an underground sea.