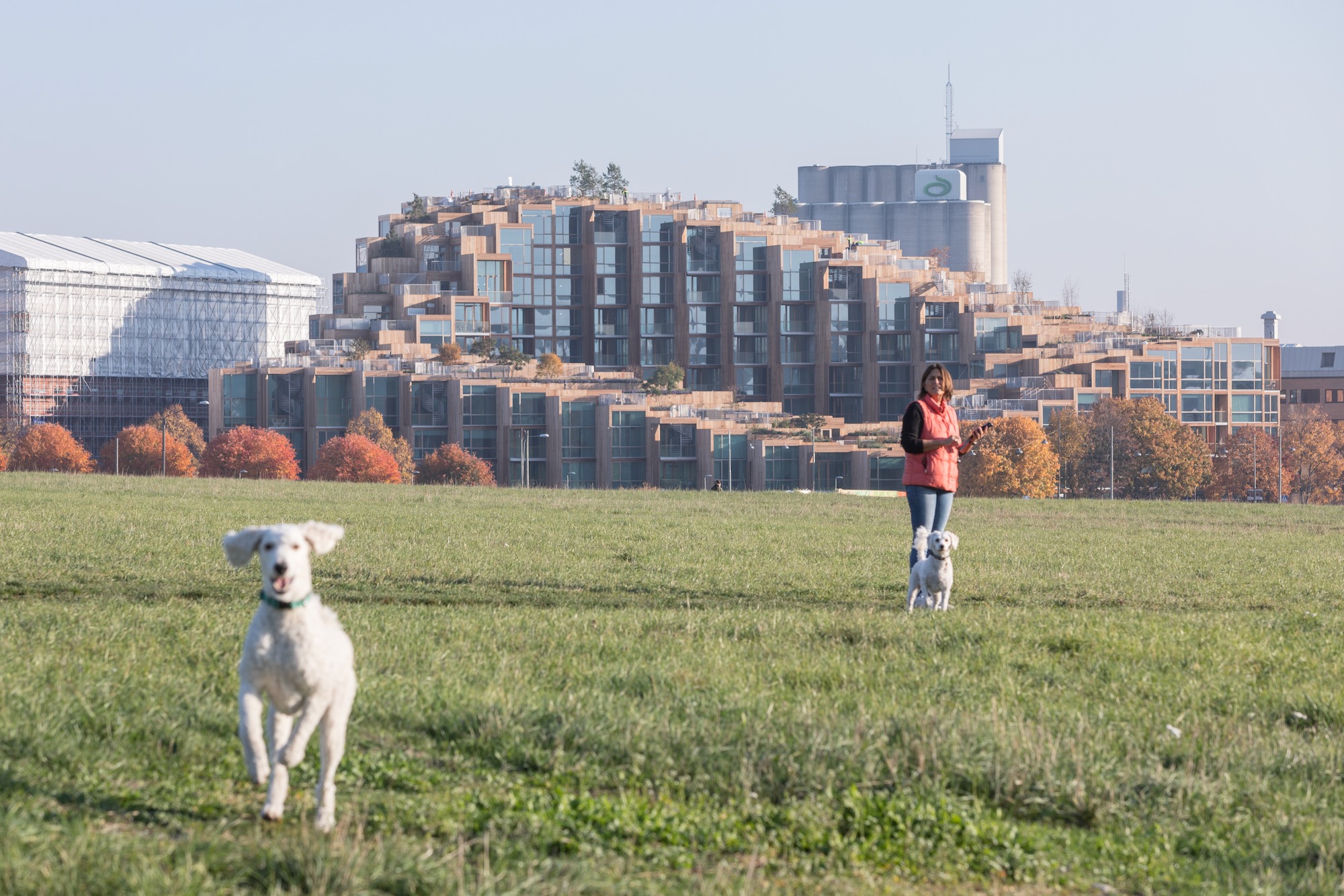 Bjarke Ingels Group’s past experience with combining suburban atmospheres and urban densities plays out in Stockholm as a pixelated housing project in conversation with a nearby national park.

Reminiscent of BIG’s previous housing designs, such as 8 House, The Mountain, and Dong, when seen from afar, 79&Park brings to mind a hillside sloping up from neighboring national park, Gärdet. Up close, however, the building’s ‘pixelated’ composition of prefabricated units provides spaces on a more human scale – a necessary outcome to evoke the ‘communal intimacy’ highlighted by founding partner Bjarke Ingels. This pixelated building typology, often attributed to Moshe Safdie, is becoming a recurring design principle for BIG, especially when working with large building volumes. As big cities around the world grow denser, and often more impersonal as a result of fast, cheap solutions, the method of using prefabricated units to construct unique habitats on a large scale could be a favorable solution for the development of our urban environments.

It’s not the first time BIG has referenced one of its buildings as a ‘man-made hillside’. This doesn’t change the fact that, in many ways, this is precisely what 79&Park is. Softly sloping upwards from Gärdet, the adjacent national park, 79&Park certainly resembles the silhouette of a hill. Many of the rooftop terraces, belonging to the 168 apartments, are dotted with small trees and bushes, supporting the studio’s aim to create a more organic building that reflects the surrounding landscape. The cedar wood-panel façade provides the massive block – 25,000 square meters – with necessary unplanned details through its tonal diversity. The vertical alignment of panels, in contrast to the horizontal wooden panels on another of BIG’s residential ‘hillsides’, The Mountain, almost creates the illusion of being surrounded by thousands of slender tree trunks, as opposed to heavy modules. Not only does it make the façade more tactile and organic, but it also addresses the human scale — often forgotten in massive building projects.

The communal intimacy of the central urban oasis offers peace and tranquillity while also giving the residents a feeling of belonging in the larger community of 79&Park.
— Bjarke Ingels, founder of BIG

Respecting the human scale, even when working on projects the size of 79&Park, has been the focus of most of BIG’s recent residential blocks – most notably through their ‘pixelated’ building typologies. Examples include the aforementioned Mountain and newly completed Dong, both residential blocks in Copenhagen, as well as King, expected to be built in Toronto. In the case of 79&Park, each ‘pixel’ is a prefabricated 3.6 x 3.6-meter unit, multiplied and stacked to reach heights up to 35 meters, on the corner furthest from the park, and as low as 7 meters, closest to Gärdet. Variation in both vertical and horizontal extensions of the building, along with its organic materiality, provides residents and visitors with a more unique, small-scale, ‘homey’ atmosphere than most large apartment blocks. This also stands in stark contrast to the building’s monolithic appearance when viewed from afar, much like the spectacular view of a hillside versus the intimate details of a blade of grass.

79&Park is conceived as an inhabitable landscape of cascading residences that combine the splendours of a suburban home with the qualities of urban living: the homes have private outdoor gardens and penthouse views of the city and Gärdet.
— Bjarke Ingels, founder of BIG

As cities around the world grow denser, the importance of ‘communal intimacy’ will become ever-more heightened; low-rise townhouses will not be capable of accommodating huge populations, but masses of skyscrapers cannot relate to humans on an intimate, accessible scale. With our current forms of urban planning and spatial organization, usually taking the form of blocks, 79&Park appears enormous and monumental – BIG does not hide this fact, calling it an ‘urban landmark’. However, one could imagine the future development of our cities as a greater network of ‘pixels’, forming a broader landscape with pedestrian and bicycle corridors connecting courtyards, as with 79&Park. Such an urban environment, complete with small-scale passages, serendipitous details and meetings of spaces, urban gardens and communal yards, feels far closer to the older, more organic, and highly sought-after centers of many big European cities. Using prefabricated units, or pixels could make such environments more accessible to residents of all socioeconomic backgrounds, while still preserving the uniqueness and diversity that help us feel connected to our homes. 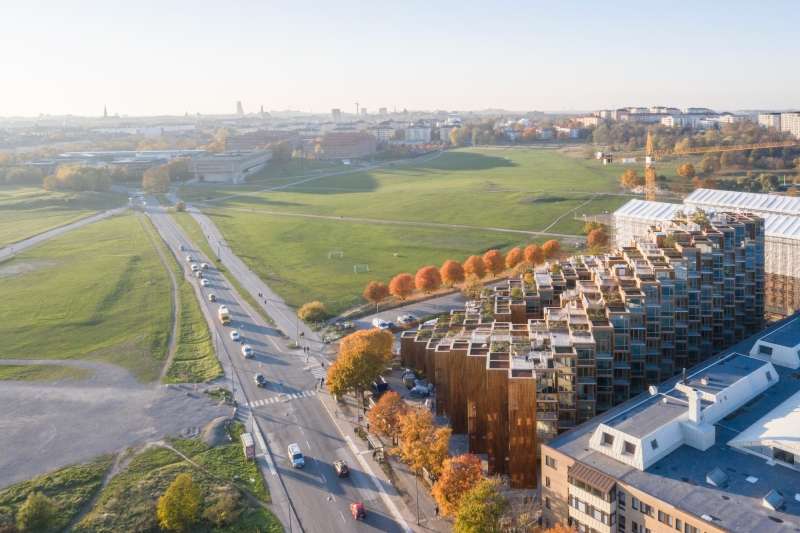 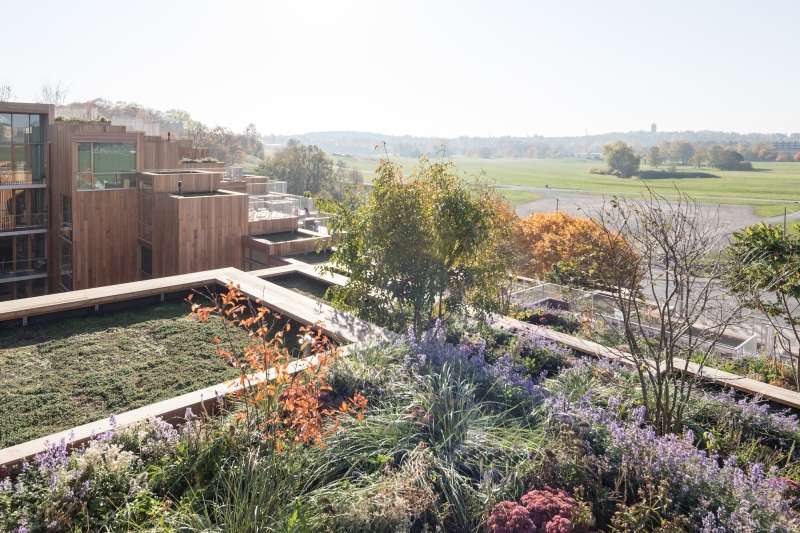 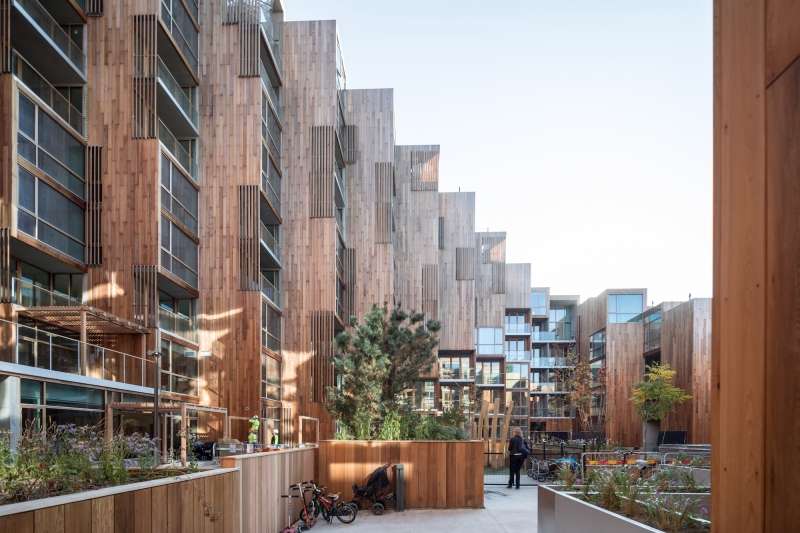 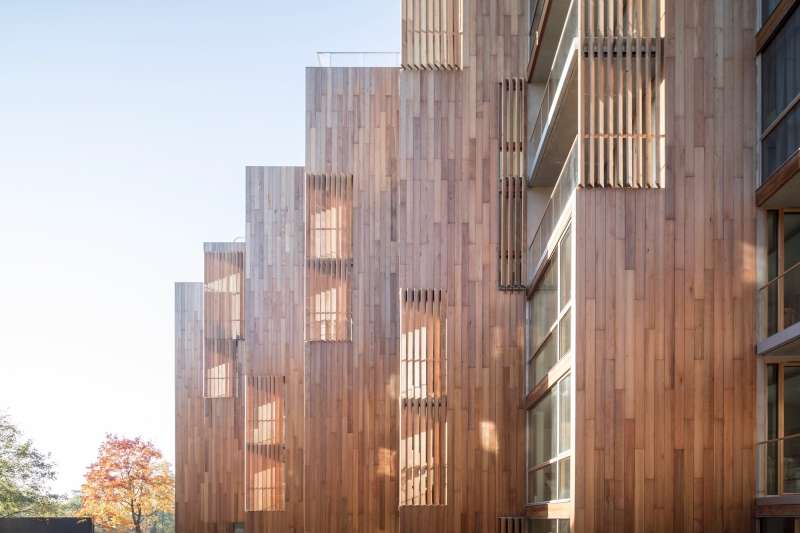 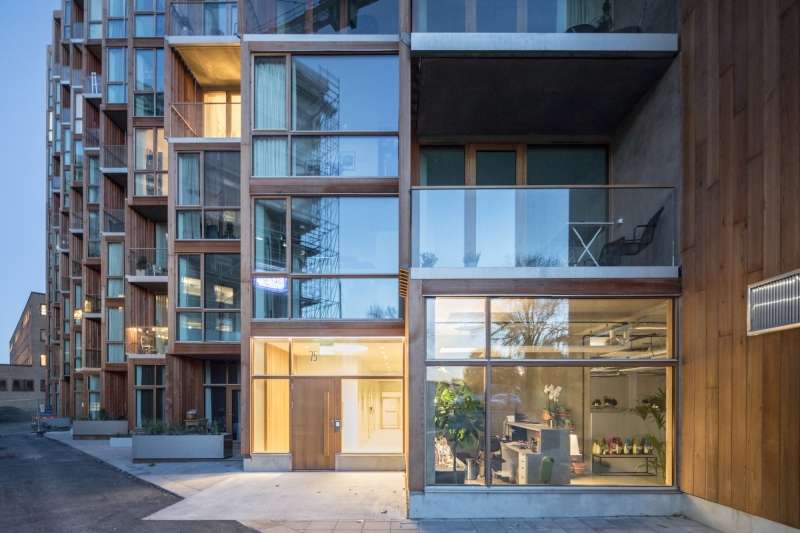 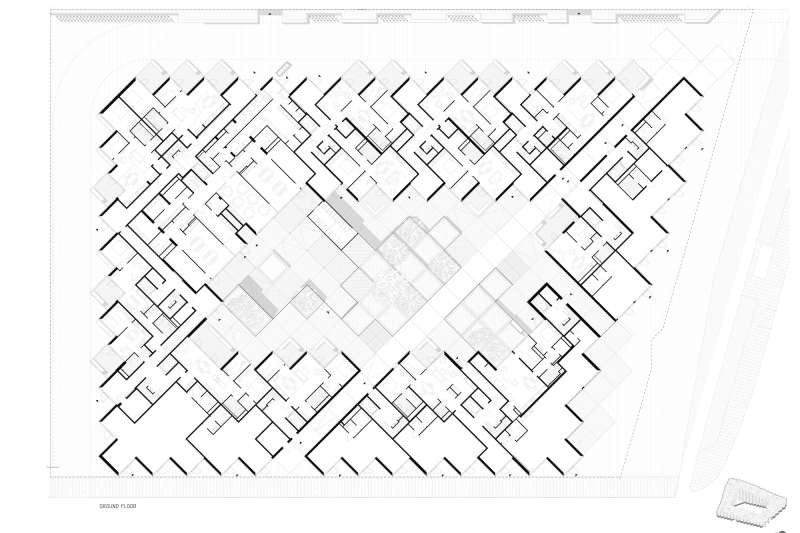 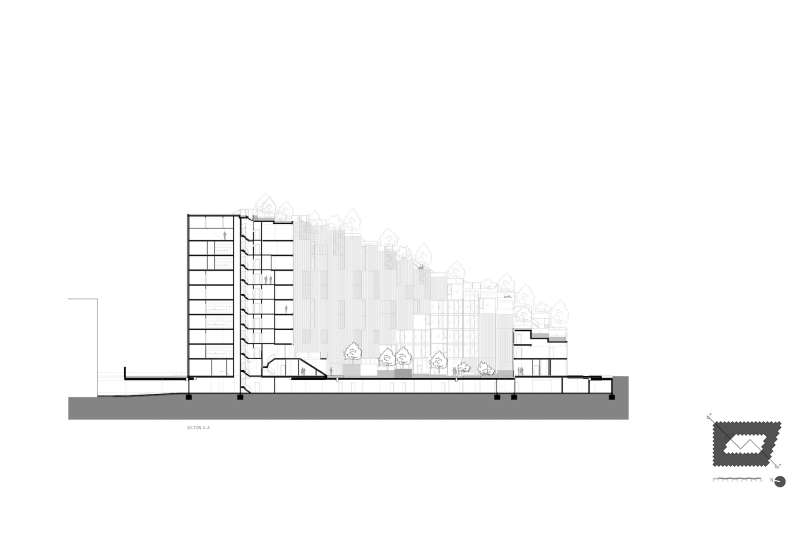