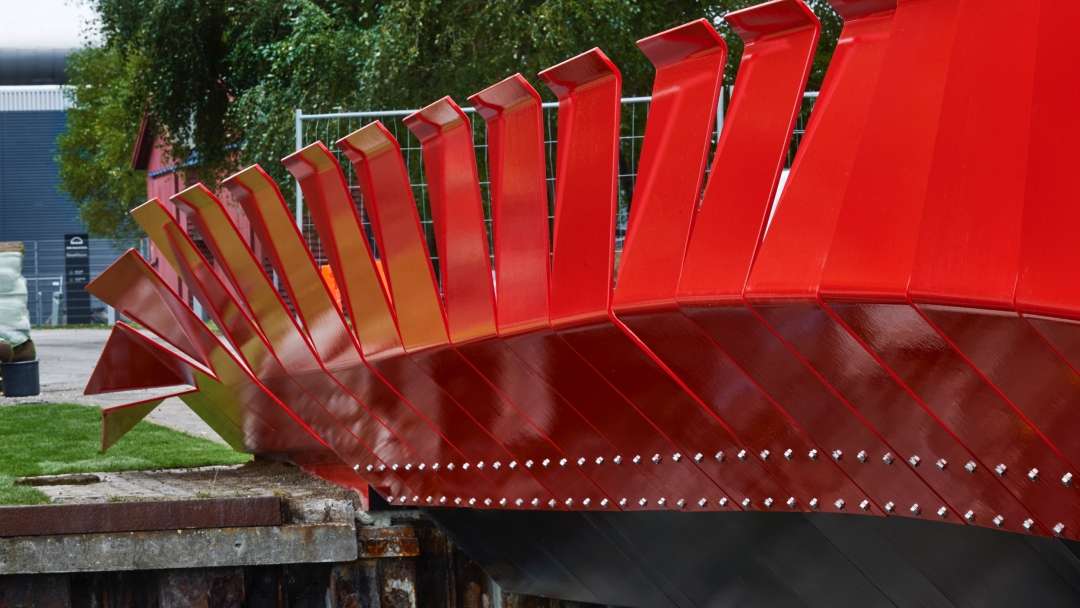 With references to both Japanese origami and Louboutin stilettos, this is one of the key bridges connecting the city’s various urban districts.

The sculptural Belvedere Bridge is folded like Japanese origami in red steel plates. A colourful poetic element in an otherwise grey and crude area, the bicycle and pedestrian bridge links the Sluseholmen and Teglholmen peninsulas, inviting users to take a shortcut over the canal and easing commutes to the city centre.

Belvederebroen’s noteworthy red colour echoes that of rusty steel and the bricks of H.C. Ørstedsværket, the architectural landmark of Enghave Brygge.

It might also awaken recognition in hard-core fashion lovers, as the colour is named after the infamous red soles featured on pairs of Christian Louboutin stilettos.

The inside of the bridge has a black rubber coating, which contrasts beautifully and makes the red pop even more. The architects, SLA, have called the 25-metre-long bridge “an eagle wing where the sides are removed and the walkway is the vertebra,” which is instantly recognisable when looking at its light, airy shape.

This is the last of a series of bridges that make up the Harbour Circle’s 13km-long stretch and connects the harbour, via a total of five bridges: Inderhavnsbroen, Cirkelbroen, Quay Bridge, The Sluice and Belvederebroen.

Unfortunately, this playful piece is a temporary solution to be replaced by the COBE-designed Alfred Nobels Bro at Frederiksholmsløbet, set to be ready in 2023. 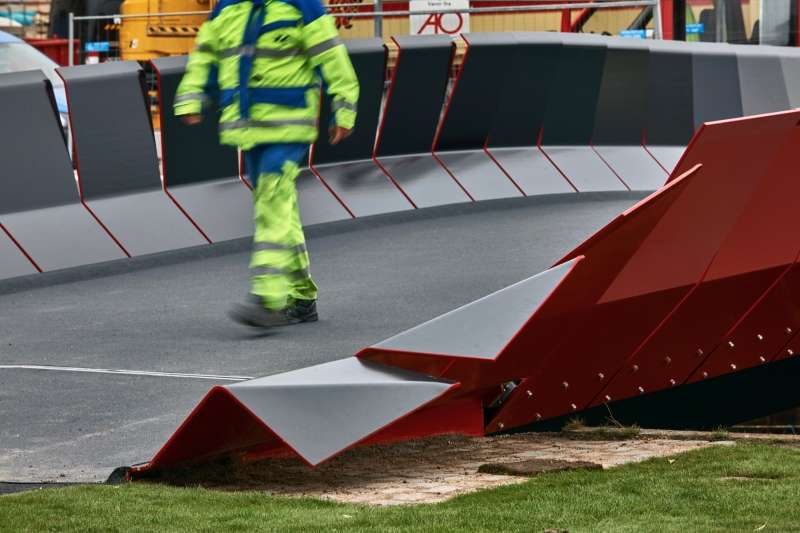 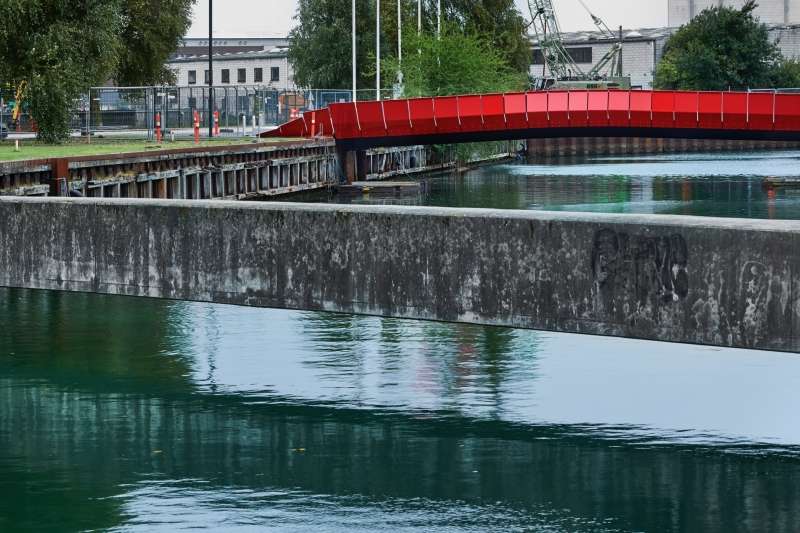