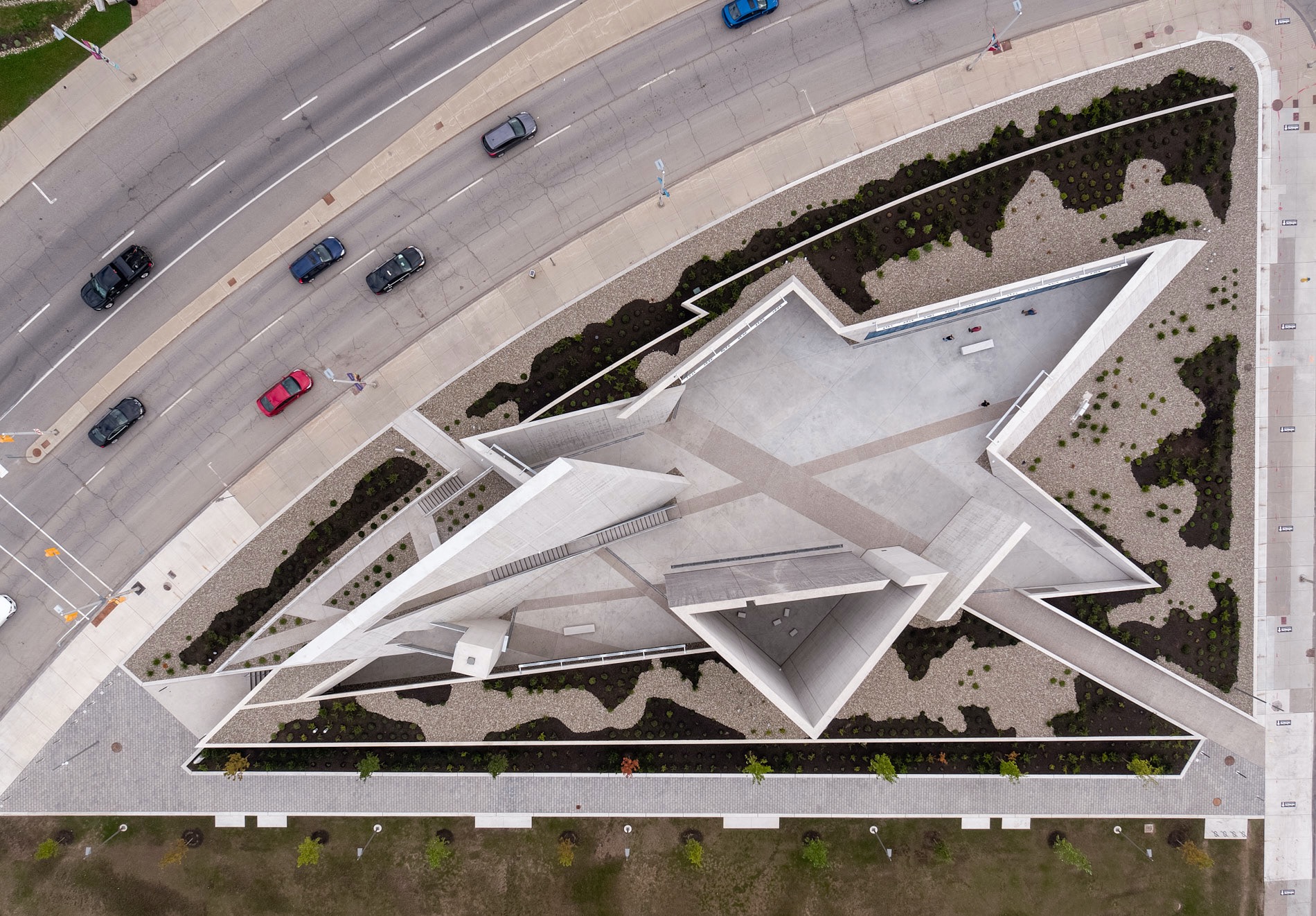 Until 2017, Canada was the only World War II allied nation without a Holocaust monument in its capital.

That all changed with the completion of the National Holocaust Monument in Ottawa, designed by the world’s leading expert in the design of contemporary Holocaust memorials and museums — Daniel Libeskind.

Of Polish origin and Jewish faith, Libeskind’s affinity for the design of Holocaust and Jewish museums is evident in his body of work. Best known for his designs for the Jewish Museum Berlin (2001), the Danish Jewish Museum in Copenhagen (2001), Contemporary Jewish Museum in San Francisco (2008), and the Dutch Holocaust Memorial in Amsterdam (2018), Libeskind and his team have mastered the art of designing highly emotive and immersive experiences that provide meaningful moments of solace and instruction while tackling complex, highly charged, and challenging subjects. The National Holocaust Monument in Ottawa, the latest in this series, is no different.

Located in central Ottawa at the corner of Booth and Wellington Streets across from the Canadian War Museum, the 0.8-acre site is adjacent to the historic center of Canada’s capital city. Designed to enhance the visual connection between the War Museum and Canadian Parliament, the monument rises only three stories above ground, maintaining a low yet striking profile that can be seen from the St. Lawrence River, downtown Ottawa, and nearby Gatineau, Quebec.

Formed of raw concrete cast in-situ in the shape of an elongated Star of David, the monument is comprised of six triangular volumes joined by a large open space, forming a series of large and intimate contemplative spaces. Symbolic of Holocaust imagery, the star-shaped motif pays tribute to Jews forced by Nazis to wear a star on their sleeve, while the triangular spaces are representative of the badges Nazis used to label homosexual and transgender people, Roma-Sinti, Jehovah’s Witnesses, and political and religious prisoners.

The monument is organized into two planes differentiated by their meaning: the ascending plane is symbolic of the future, while the descending plane leads visitors to interior spaces dedicated to contemplation and memory. Once inside, visitors encounter six triangular concrete forms which are each assigned a specific role: the “interpretation space” explores the Canadian history of the Holocaust; three individual contemplation spaces offer room for reflection; a large central space supports gathering and orientation; and a towering “sky void”  features an eternal flame of remembrance, a 14 meter-high form that encloses the visitor in a cathedral-like space while framing the sky above.

As symbolic as it is beautiful, the design of the monument was realized through a meticulous and meaningful process with the help of a team of leading Holocaust and cultural experts. Studio Libeskind engaged Lord Cultural Resources for programming alongside renowned Holocaust scholar Doris Bergen; landscape architect Claude Cormier; and photographer Edward Burtynsky, whose images of concentration camps are emblazoned in great detail across the monument’s immense concrete walls as a tribute to the millions who died during the Holocaust.

This monument not only creates a very important public space for the remembrance of those who were murdered in the Holocaust, but it also serves as a constant reminder that today’s world is threatened by anti-Semitism, racism and bigotry. Canada has upheld the fundamental democratic values of people regardless of race, class or creed, and this national monument is the expression of those principles and of the future.
— Daniel Libeskind

A powerful yet simple architectural gesture, the monument is a tremendous example of Libeskind’s work, wherein emotion intersects beautifully with material and function. The monument shows, on a small scale, the evolution of Libeskind’s design methodology for Jewish and Holocaust memorials and museums while showcasing his signature geometric architectural style. Now open to the public, the monument provides a much-needed home in Canada for the memory of those lost during the Holocaust. Designed with empathy and an intuitive understanding of its own emotional gravity, the monument is certain to resonate with visitors for years to come. 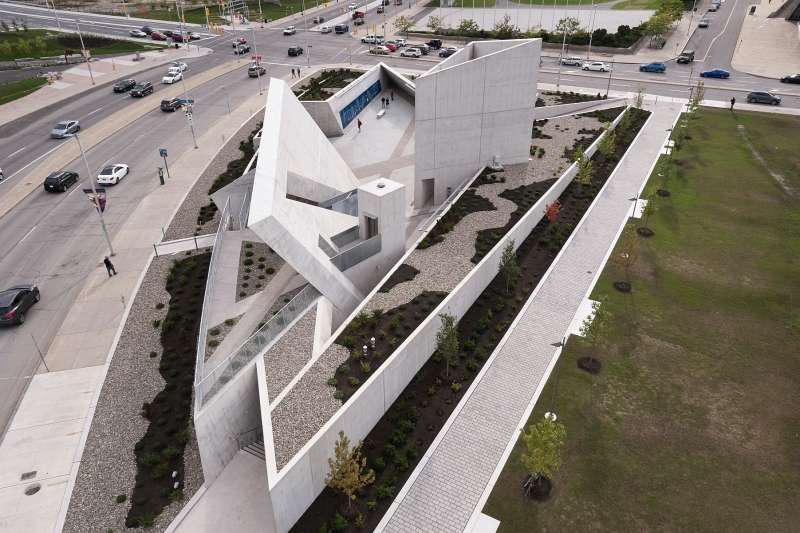 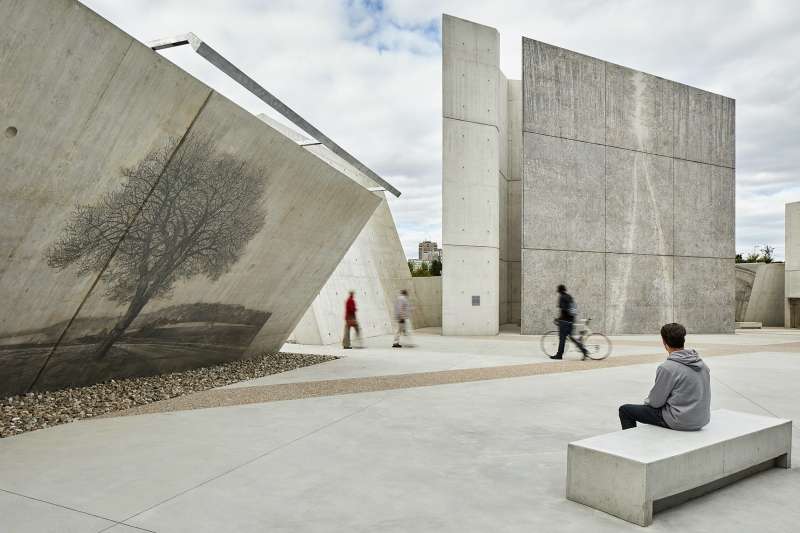 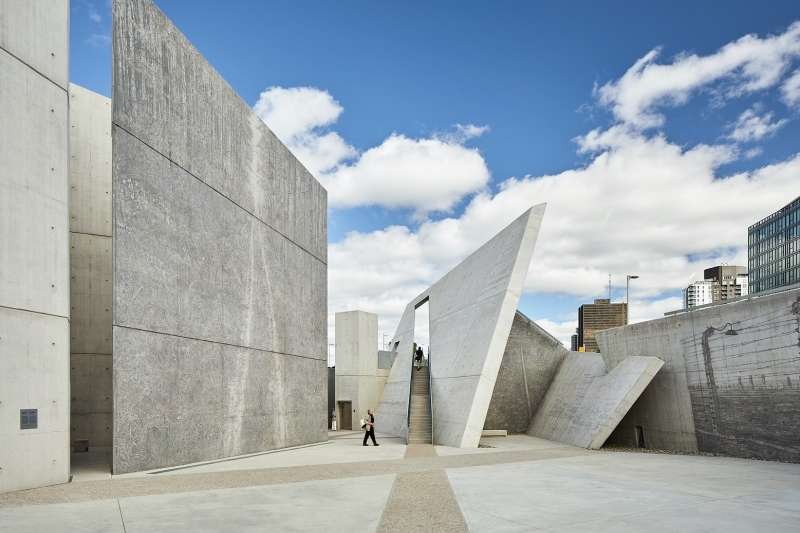 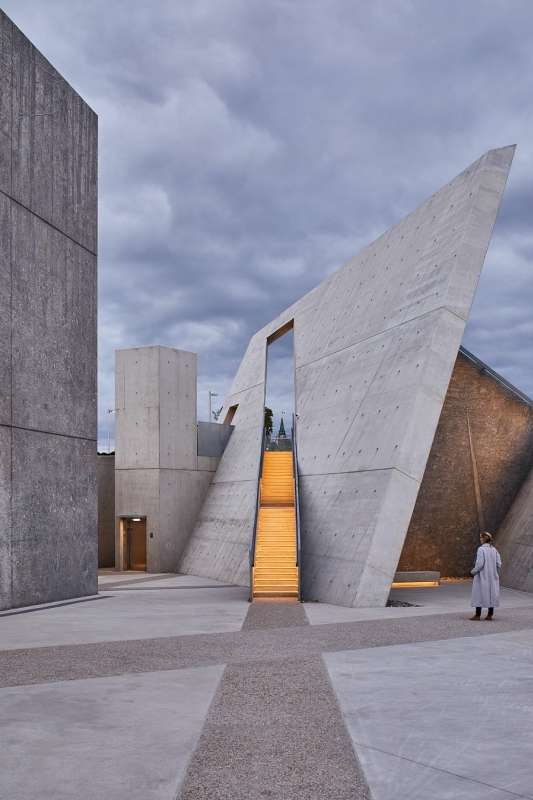 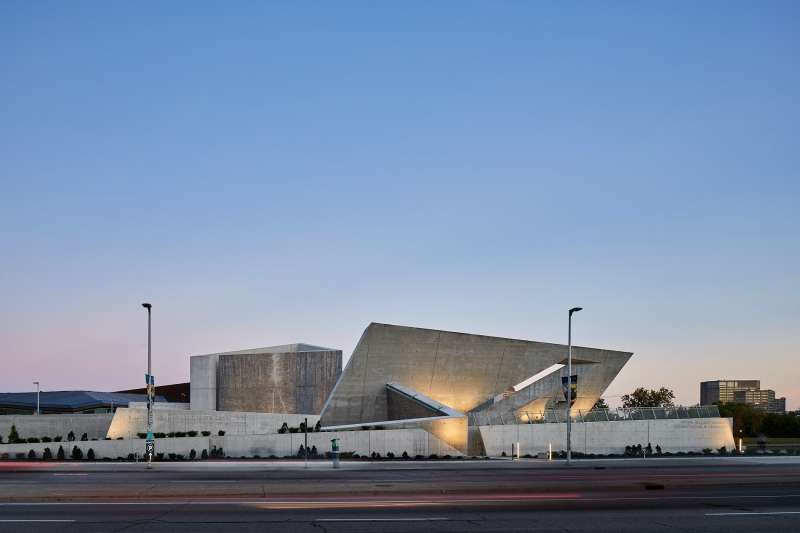 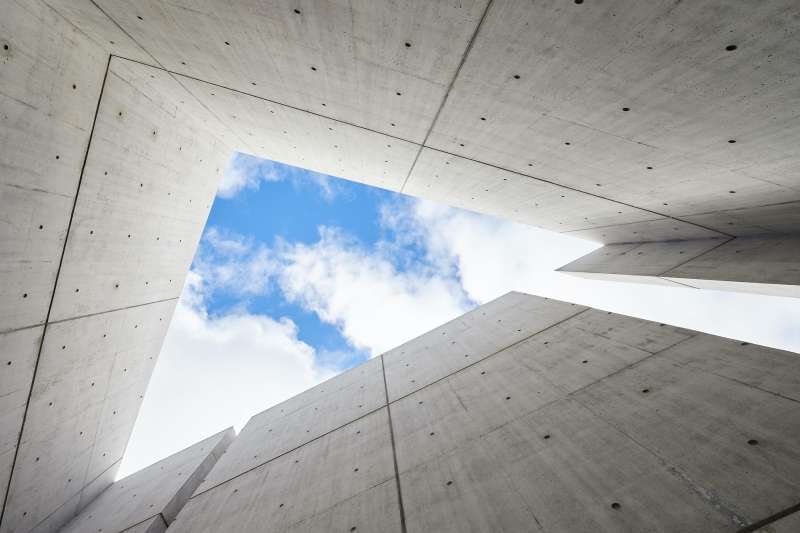 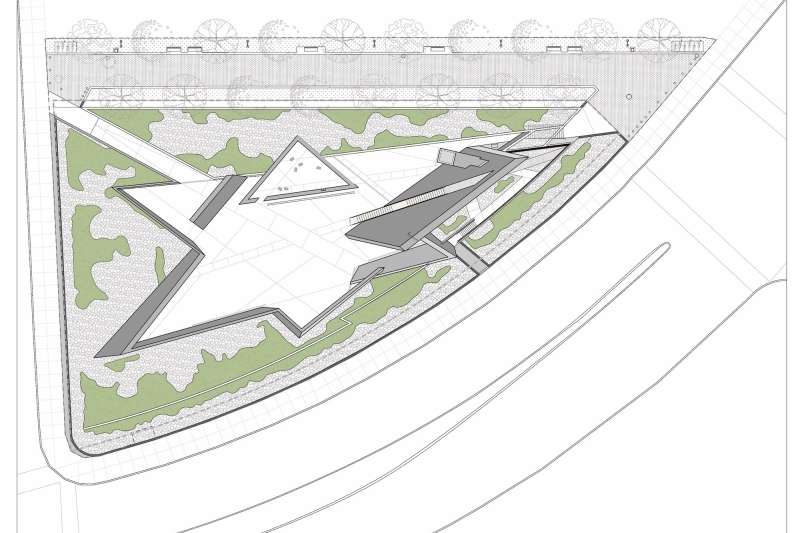