In 2010, an international architectural competition was held for the MCBA (Musée cantonal des Beaux-Arts) building’s new home in a brownfield site next to a train line in Lausanne. Barcelona studio Barozzi Veiga delivered a winning proposal that quickly prompted a decision to use the entire site for an ambitious visual arts hub, PLATFORME 10. The singular competition for the new MCBA building became a project to transform this particular area of Lausanne into a new district dedicated to the arts, which by 2021 will incorporate the city’s three main museums at its heart: Fine Arts (MCBA), Photography (Musée de l’Elysée) and Decorative Arts (mudac).

This proposed public arts precinct is sited in a complex urban setting in a current state of disuse, sitting in the old railway yards of Lausanne.

The decision to unveil this part of the city inevitably involved sacrificing the 19th-century buildings that existed on the site, in order to generate three new museums as well as appropriate and new public space. The proposal speculates that these three new buildings will gravitate around the site so that they can be understood as a single entity, in a similar way to the planning of the Uffizi Gallery in Florence. However, this urban strategy digs up the recurring issue of tabula-rasa, new infrastructure, failing to conserve the historic memory of the place, let alone its physicality. Any new proposal on the site would also run the risk of an architecture that is either a preservation project or a blind architectural proposal. Other projects on brownfield sites, such as OMA’s Fondazione Prada, have reinterpreted the old and installed the new. They have done this not out of preservation, but to challenge the spatial typologies present — to allow new conditions that are usually kept separate to confront each other, offering an ensemble of fragments that will not congeal into a single image, or allow any one part to dominate the other.

Instead of allowing the new and old to confront each other, Barozzi Veiga’s proposal balances the new and the old, as well as the risks and the urban potential of the site with a simple imposing brick building measuring 145.5 meters long by 21.5 wide and 22 meters high — a cultural bulwark for Lausanne’s contemporary art district. The notable gesture is how this monolithic building defines a boundary line between the protected longitudinal spaces of the new public square from the equally longitudinal infrastructure of the train lines. It presents as a backdrop from the opposing realities it accommodates.

Because of this great gesture, the building also compensates for what is a large-scale removal of historic infrastructure. It collects a series of found objects (palimpsests) that direct the arrangement on site. These allow certain moments, vistas, and thresholds the ability to hold a historically spatial memory that in turn influence the new design. Upon entering the site, the MCBA’s new foyer emerges from the rear façade of a former train shed. This found object becomes a compositional element, beginning the enfilade of museum programming found on the ground floor. Outside in the public square, stretches of train tracks and arches of the northern wall are preserved, acting as spring-mechanisms that invite a memory of the old train yards in the new precinct.

Stoically seated between two realms, the new MCBA draws a contradiction between the specificity of place and formal autonomy of the building, which is conditioned by its solitary siting. Structure, program, and construction converge in a unity that grades the building slowly between the two backdrops it presents. Internally the spaces are enriched by the two worlds and the building benefits from this, giving something back to each.

The side that faces the tracks protects the public space that it opens to. Viewed from train windows, it appears as a silent masonry volume, positioned to enhance the protruding existing element in the façade — the pitched part of the old town hall. Internally, this forms the center point of the cultural institution. The side facing the city is marked by a dense series of vertical partitions, which transform the ground floor and almost entirely open it up to the square. The interior then becomes a continuation of the exterior; a spatial sequence takes center stage over the function it houses. The building is defined more like an inhabited wall that divides, with precision, the industrial world from the new public space. The use of bright brick creates a vibration in the smooth façade, giving the volume a beautiful consistency. Natural lighting is celebrated in this design; on lower floors, the interiors are illuminated by full-height windows, while on the top floor they are illuminated by the upper reaches of the sky thanks to rows of pitched skylights.

Barozzi Veiga’s winning proposal balances many risks and potentials in a beautifully monolithic gesture; the structure, program, construction, siting, and preservation converge quite visibly into a unity that grades the building slowly between the two backdrops it presents (the train line and the public square). Barozzi Veiga’s design succeeds succinctly in its greater aim to not only to create an architectural object but to also propose an urban strategy capable of organizing three new major projects for Lausanne. The project expands the repertoire of spatial typologies present on the site; it continues to preserve and reinterpret existing architectural features, thresholds and spaces, collecting everything along the way and sweeping it into the inhabited wall. Through its positioning and architectural clarity, it has begun the transformation of the precinct, activating the entire parcel as a central museum, and offering a new public space to the city. 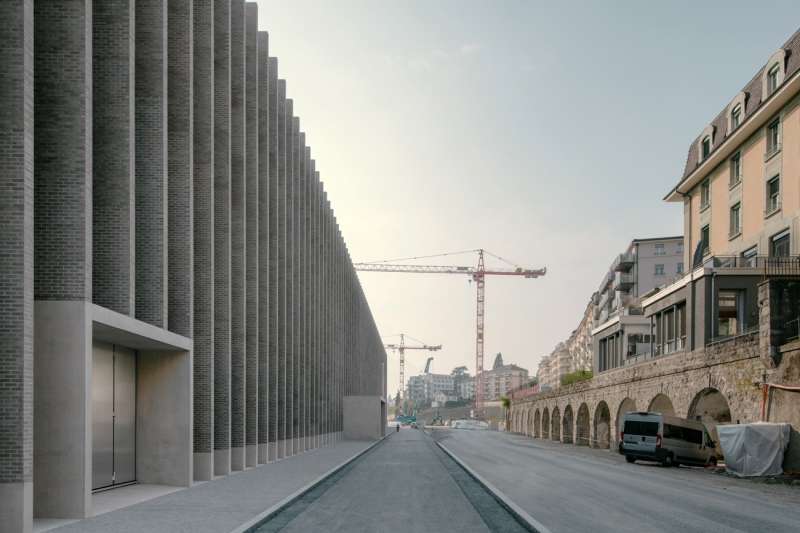 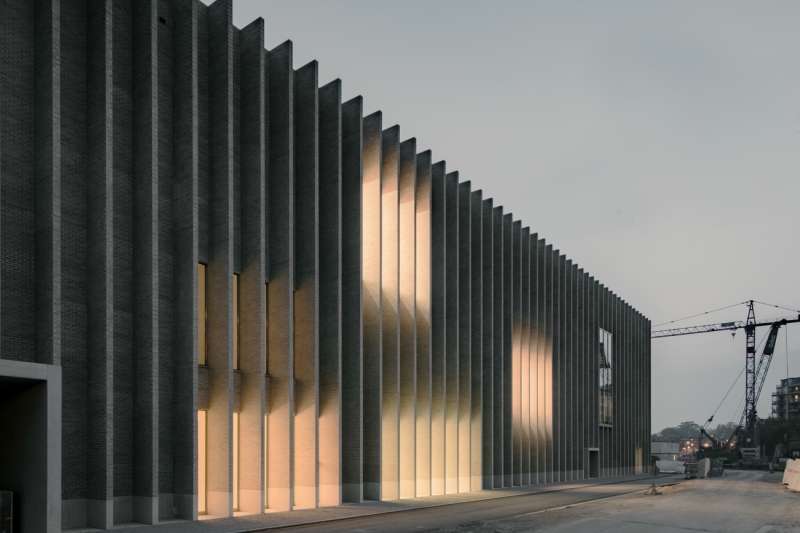 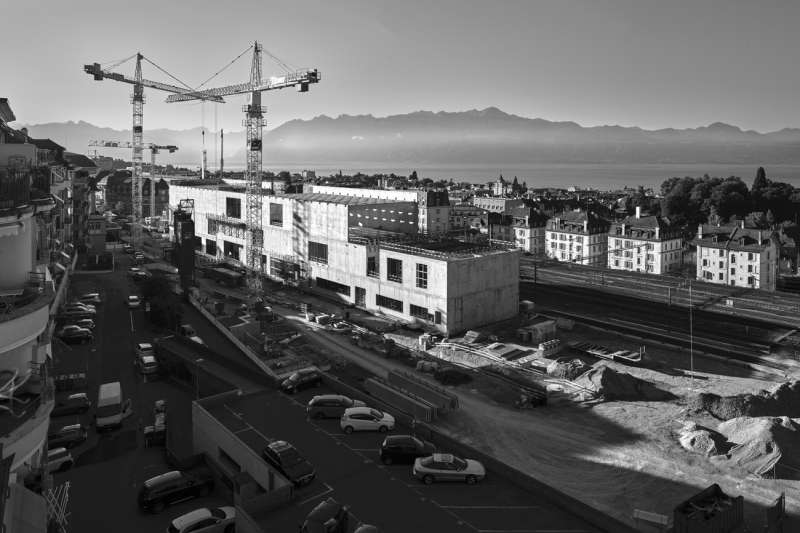 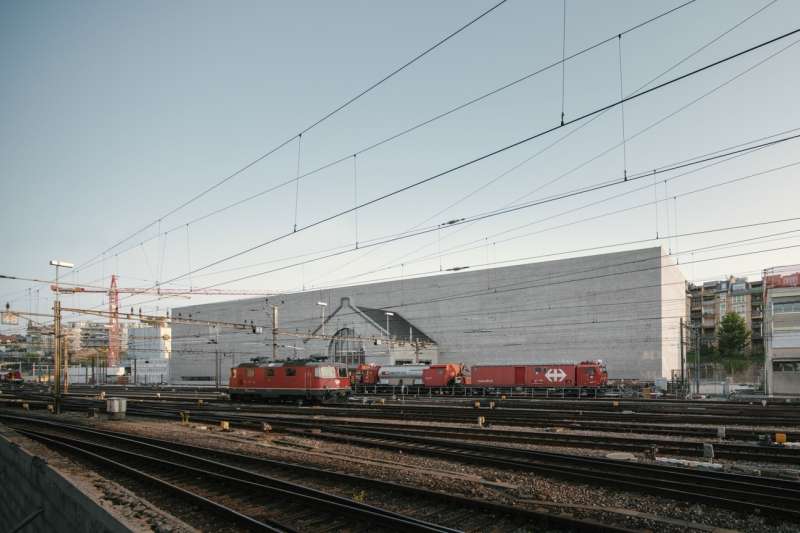 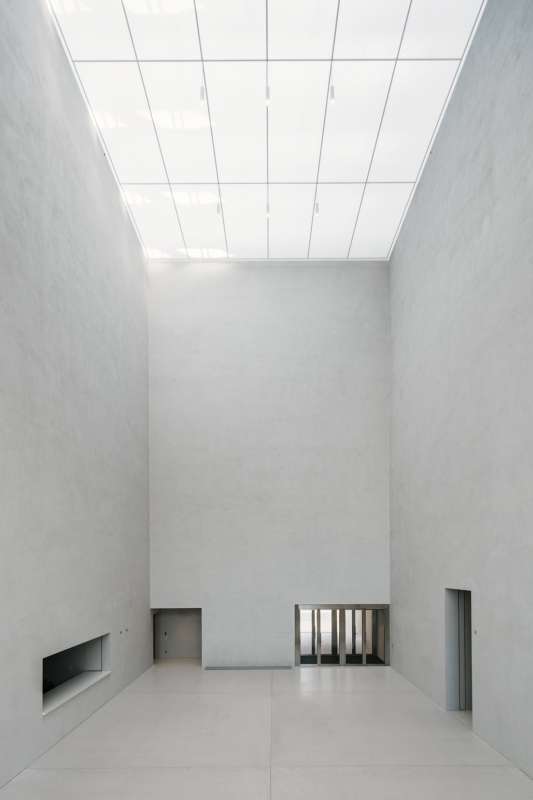 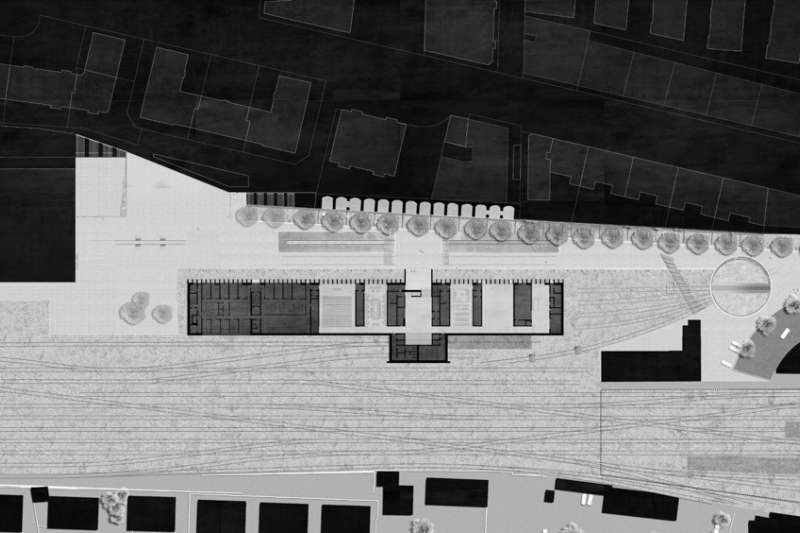 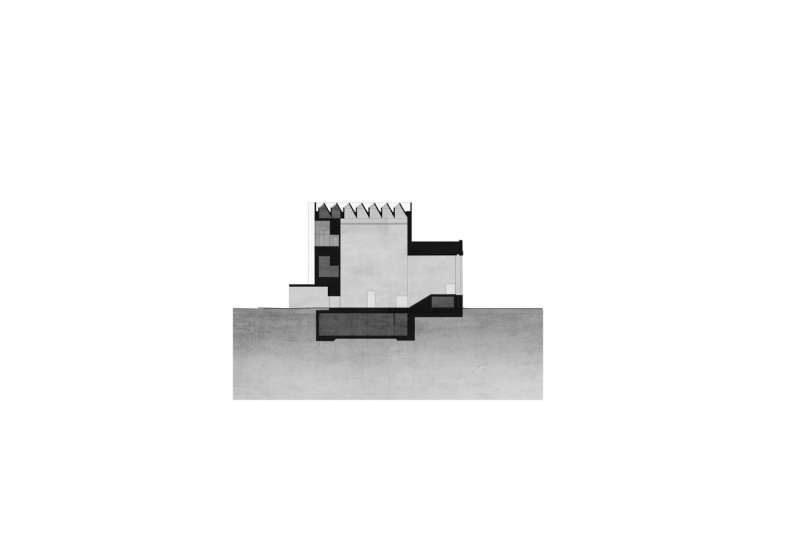