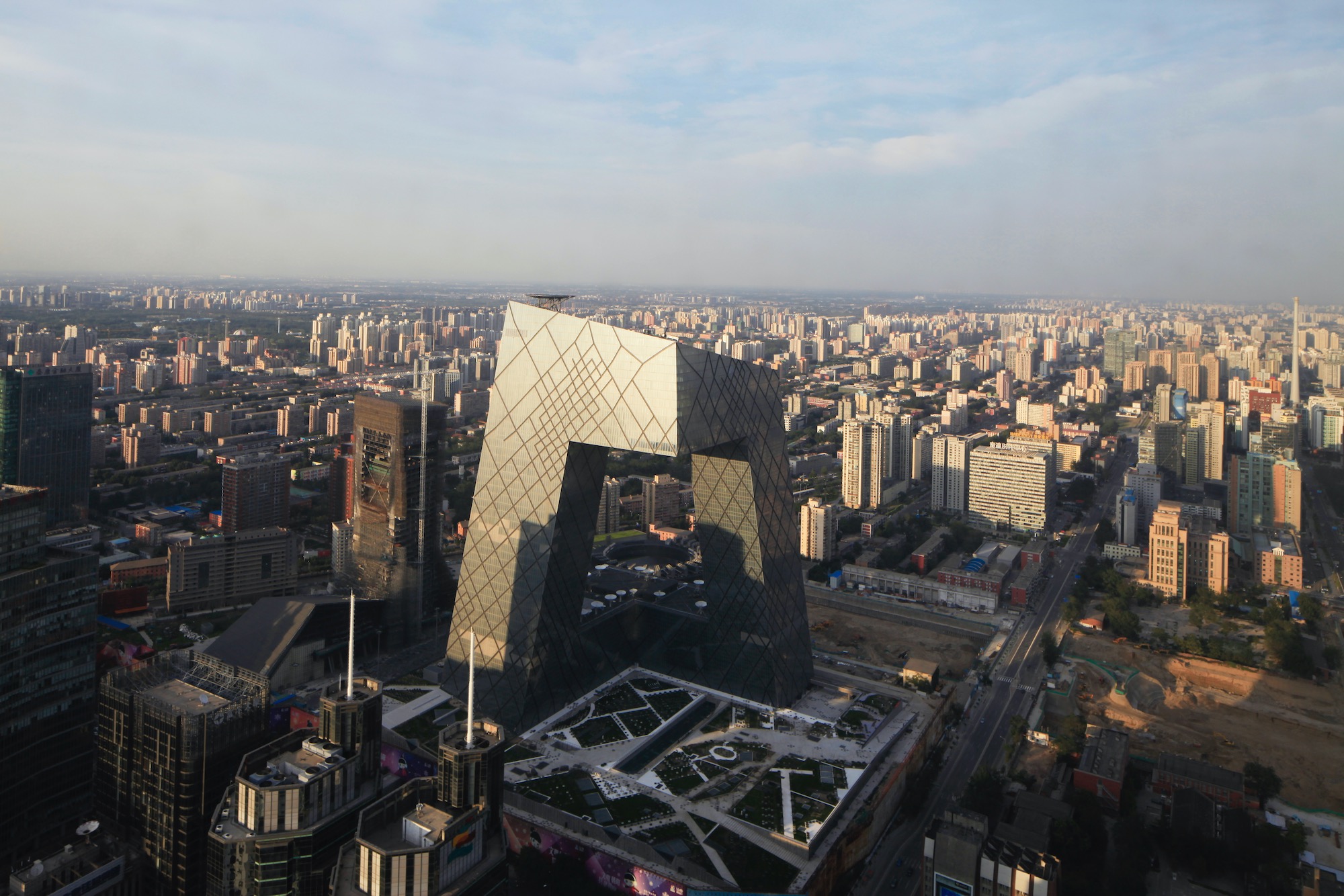 Designed by OMA as a reinvention of the skyscraper as a loop, CCTV Headquarters defies the skyscraper’s typical quest for ultimate height.

The design combines the entire process of TV-making, formerly scattered in various locations across the city, into a loop of interconnected activities.

The building is visible from most of Beijing; it sometimes comes across as big and sometimes small, from some angles strong and from others soft.

The forces at work within the structure are rendered visible on the facade: a web of triangulated steel tubes – diagrids – that, instead of forming a regular pattern of diamonds, become dense in areas of greater stress, looser and more open in areas requiring less support. The facade itself becomes a visual manifestation of the building’s structure.

Rising from a common platform the two towers lean towards each other and eventually merge into a perpendicular, 75-meter cantilever.

The innovative structure of the building is the result of a long term collaboration between European and Chinese engineers to achieve new possibilities for high-rise structures.

I am very happy, after years of intense collaboration, that the CCTV building will soon begin to perform its role in the way it is intended.
— Rem Koolhaas 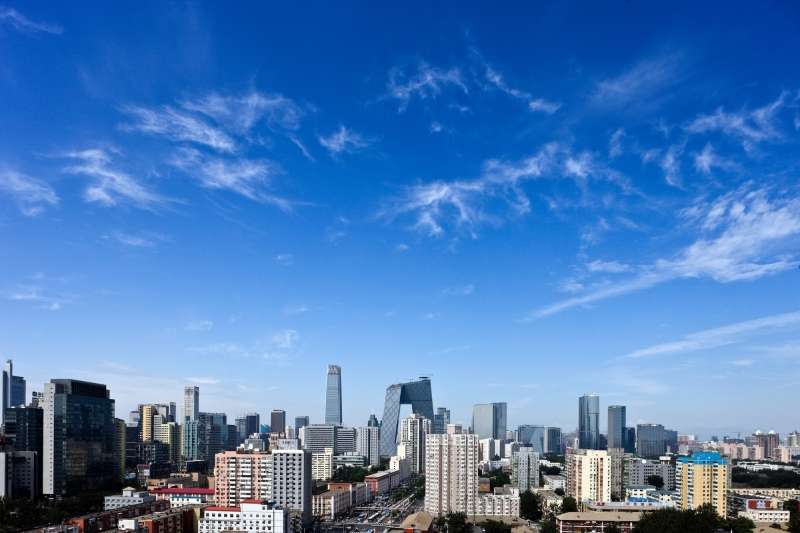 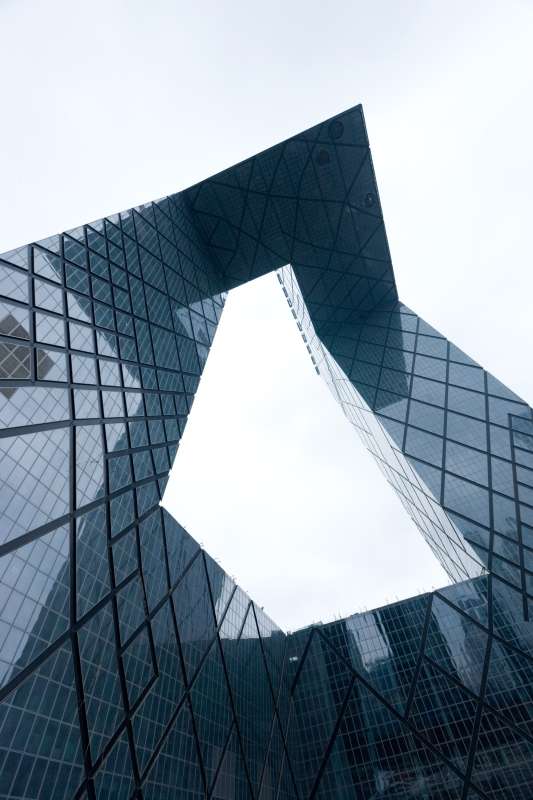 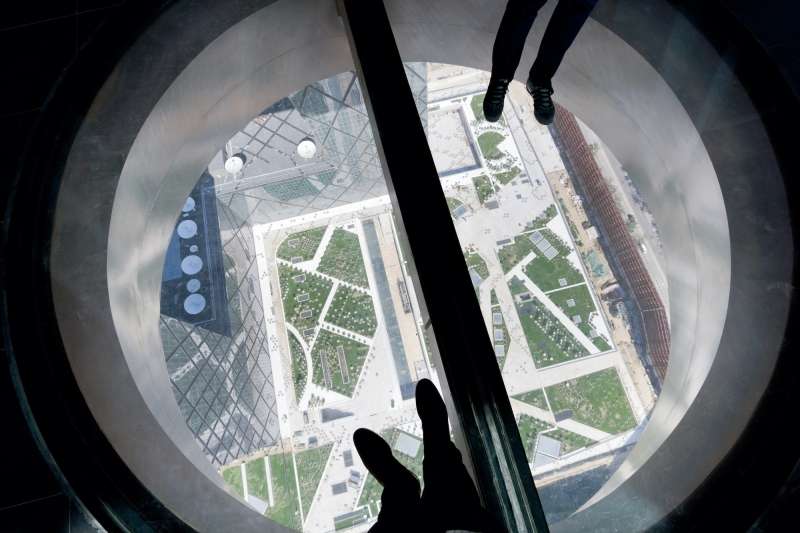 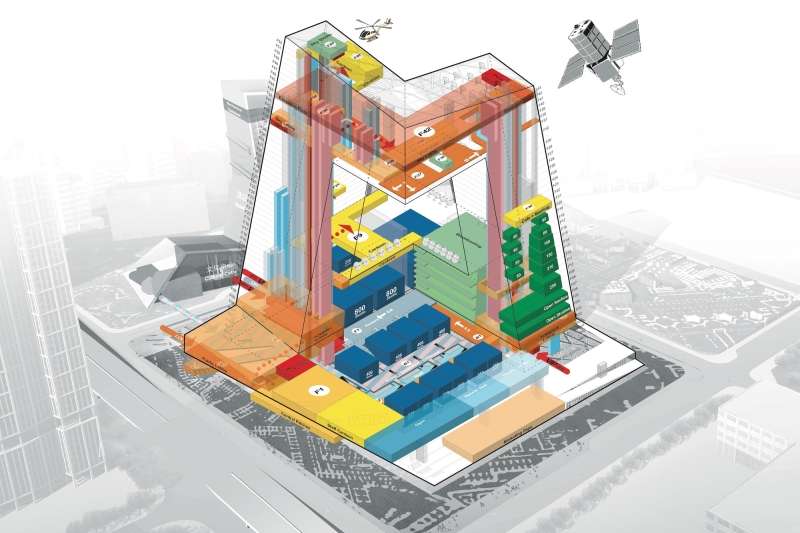 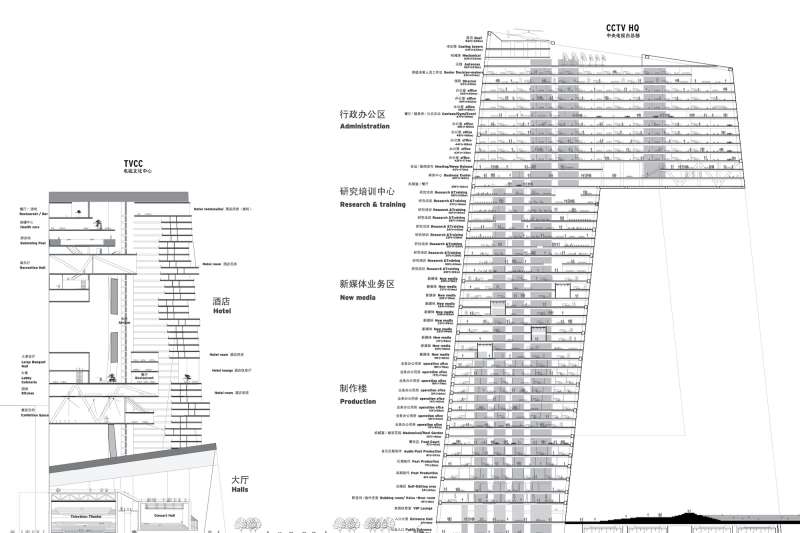 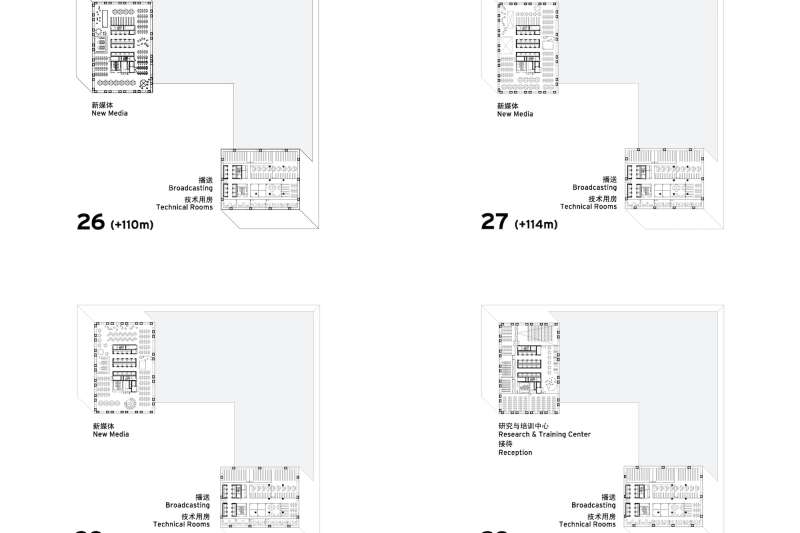 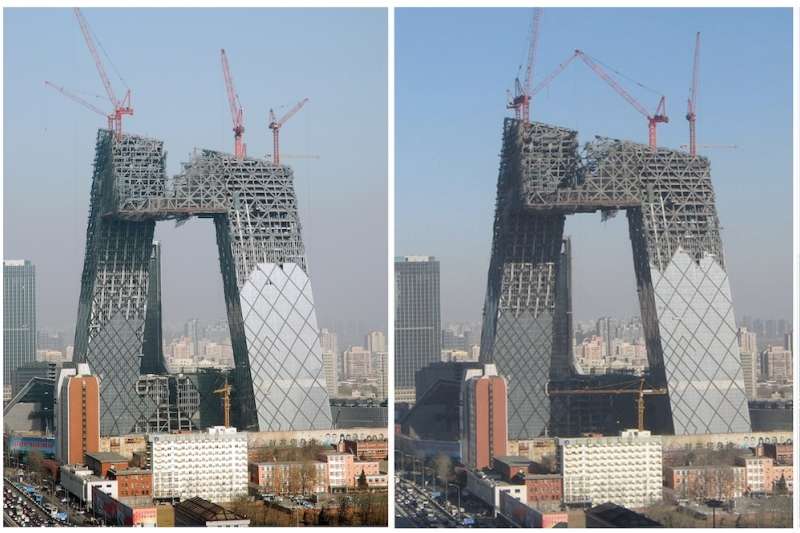