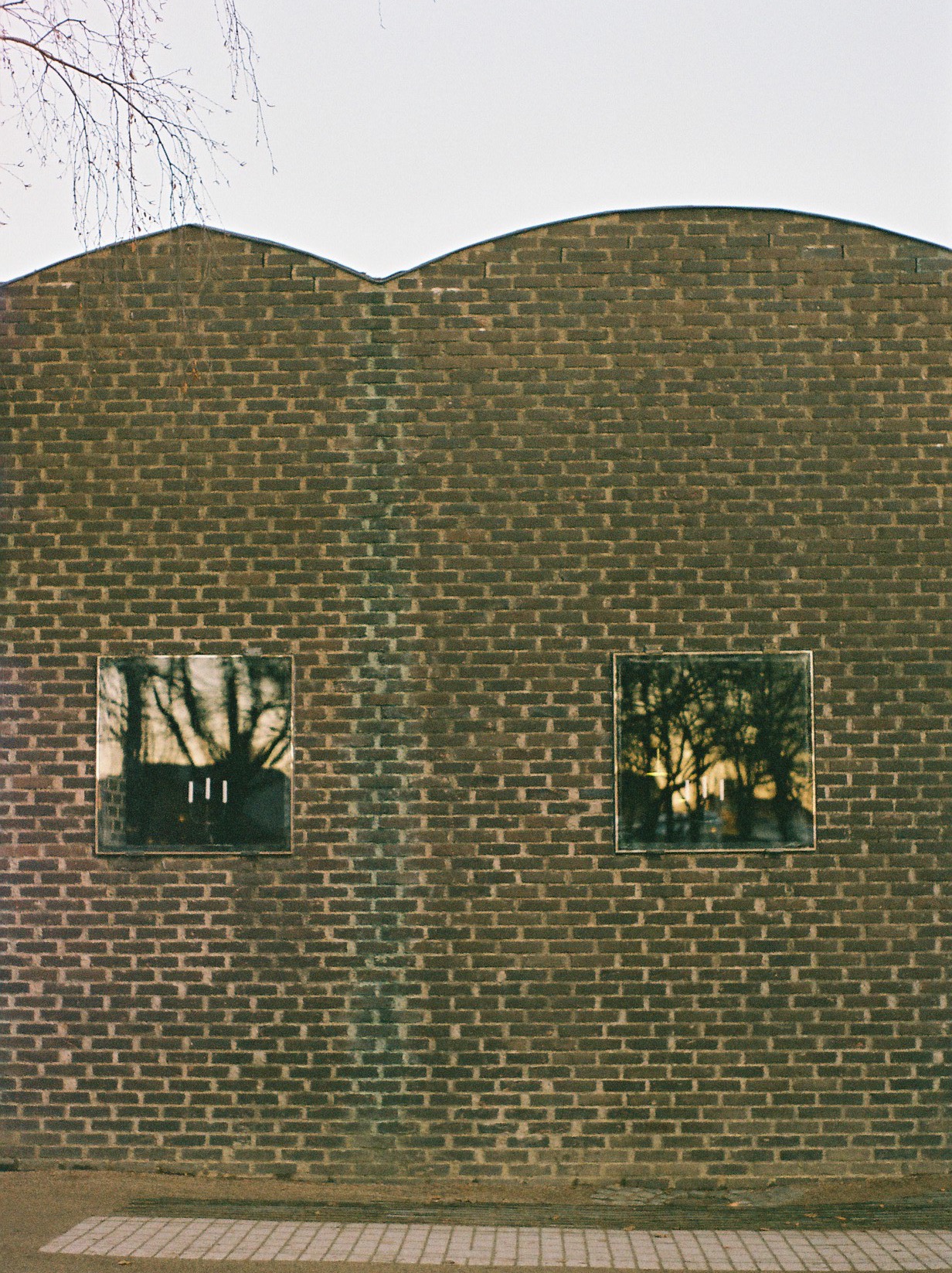 The Church of St Peter in Klippan is the last major work of Swedish architect Sigurd Lewerentz, and embodies a holistic and obsessive architectural vision.

The church manages to sit independent of style and tradition, quietly questioning and subverting a multitude of architectural and constructional norms to form a deeply imaginative and particular building.

After more than a decade away from the architectural profession, Sigurd Lewerentz was 77 years old when he was asked to design a church for Klippan, a small town in western Sweden. At the start of the project, he imposed a simple rule — to never cut a brick — and spent the following three years overseeing the placement of every single one. This order is the commanding and unifying basis for a highly expressive and distinct architectural form, as the many resulting tectonic problems and unusual joints demanded that design and construction became reciprocal.

Lewerentz completely disregarded conventional building standards in his commitment to a singular architectural ambition, using unusual and bespoke methods of building and detailing throughout the project.

Even the pointing of the brickwork is not smoothed but smeared across the face of the bricks, giving a textural, rough surface that reveals the mark of the craftsmen, emphasizing the construction process and its inherent irregularities.

This material intensity creates a striking contrast with the almost mirrored surfaces of the windows – panes of glass applied directly to the external walls and held in place by four small brackets. At first, this seems to be a search for material and tectonic honesty, as the complete brick apertures appear frame-less and uninterrupted from within, but a closer inspection suggests otherwise. The bricks over the head of the windows are seemingly unsupported, concealing their steel reinforcement in order to maintain the purity of the brick aperture. This is characteristic of the playfulness embedded in St Peter’s; an architecture that is full of surprises and contradictions that provoke questioning and mask the architect’s intentions.

The emphasis on materiality is the main principle defining the church’s spatial character, and brick is therefore used for walls, floors, ceilings, and furniture. The ensemble of buildings feel distinct in their formal and tectonic expression, each adopting its own style of brick bond and window arrangement, but all unified by the relentless use of dark brick. The abstraction of building elements such as the windows reinforces this sense of ‘wholeness’, in which materiality and spatial character coalesce.

The building is anachronistic in its formal expression, manifesting a range of spatial references from Catholic churches to monasteries to Swedish farmhouses, but all interpreted through the use of brick. The result is a strange and particular architecture that feels strikingly contemporary yet primitive, exceptional yet vernacular, and it is perhaps this quality that ensures it is so frequently referenced in contemporary architecture.

The main church is separated from a series of ancillary buildings by an internal street that leads worshipers on a long processional route around the entire church. The entrance is eventually discovered in the corner of an unassuming passage; Lewerentz insisted it should be difficult to find as they journey to God. Worshipers enter individually into a small chapel, only uniting as a congregation following the service when they proceed through the large western doors that face back toward the town.

The nave itself is geometric in plan, but its spatial composition is irregular and asymmetrical, feeling much more cavernous than grandiose or awe-inspiring. The darkness within the nave softens the brutality of the rough brick and obscures the many moments of architectural surprise which are gradually revealed as you dwell within the space. The architecture that comes into view is not one of traditional religious iconography, but rather of a symbiosis between spatial expression and symbolism.

Two large steel beams meet at a single, off-center column, implying a raw corten-steel cross — the clearest example of Lewerentz combining religious symbolism and tectonic logic. This cross supports the vaulted brick ceiling of the nave, which in turn defines the form of the main facade — an architectural language that is both honest of its structural design and iconic in its expression.

St Peter’s Church managed to subvert constructional norms, redefine religious spatiality, create deeply characterful spaces and define a singular formal vocabulary, all through a remarkable level of design. These qualities were not achieved as isolated endeavors, but rather through a process in which tectonic assembly and architectural intent became one. From an intensely imaginative and holistic vision, Lewerentz’s church is delightful, overbearing, contradictory, exceptional and a masterpiece of 20th-century architecture. 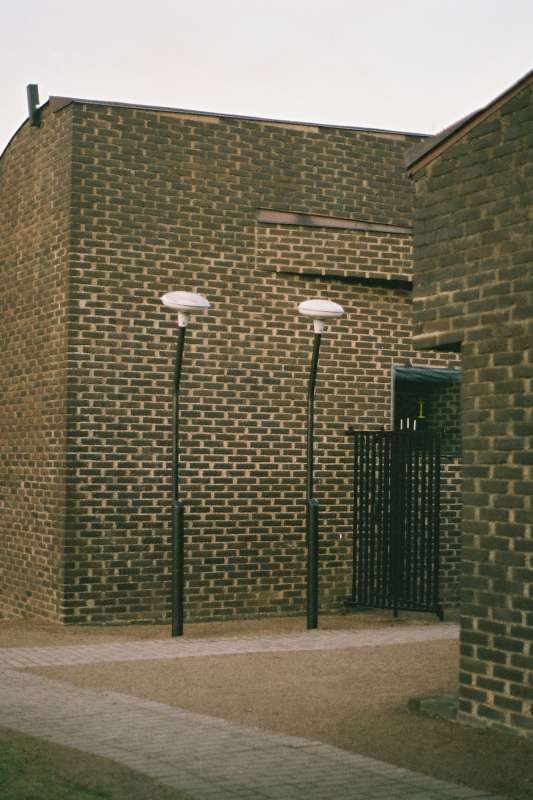 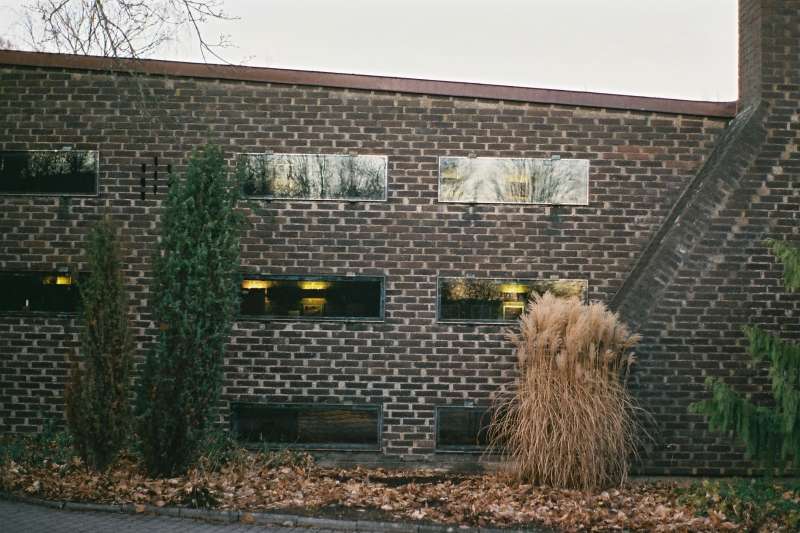 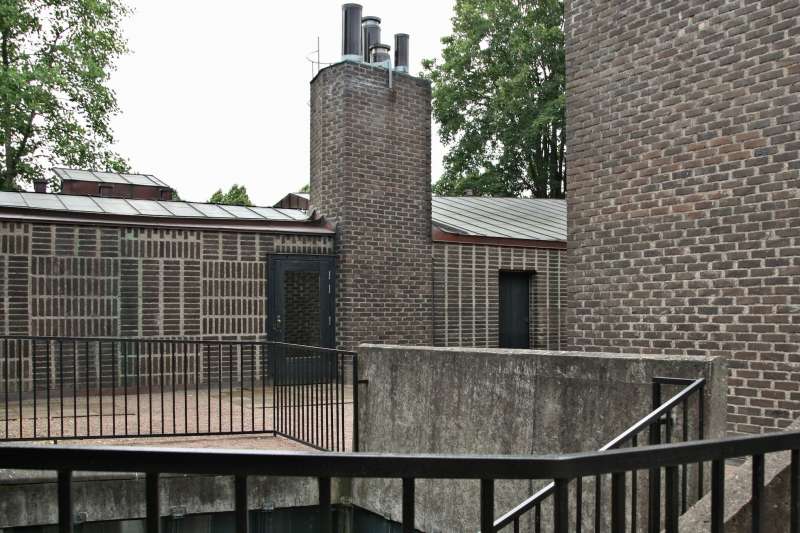 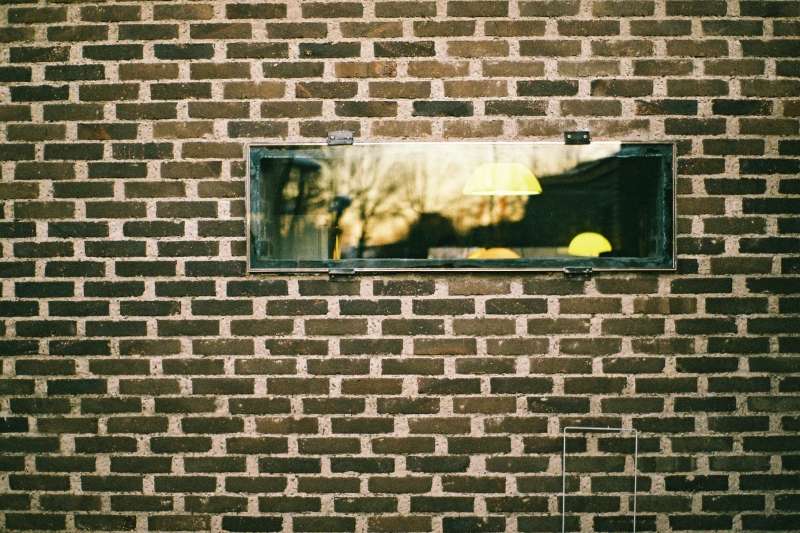 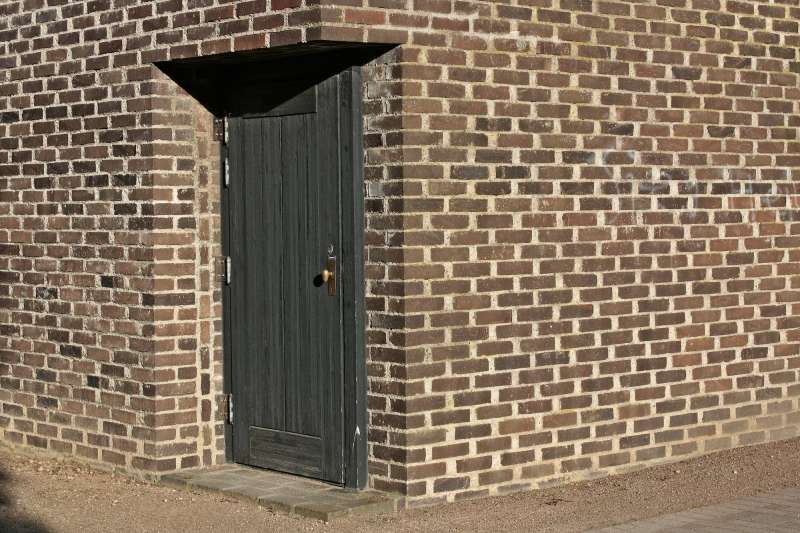 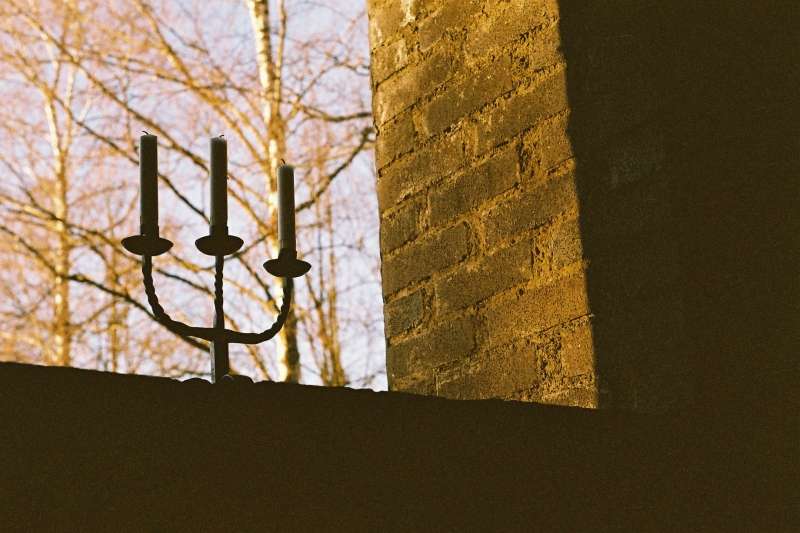 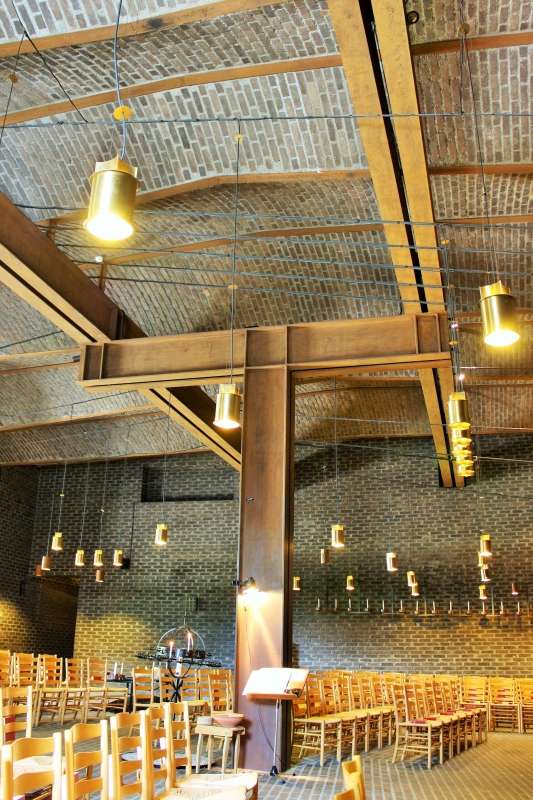 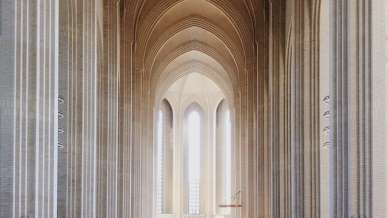 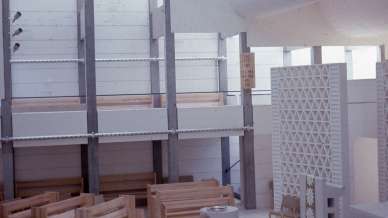 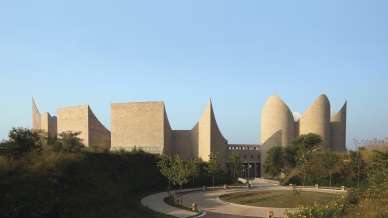 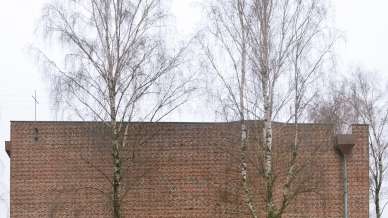