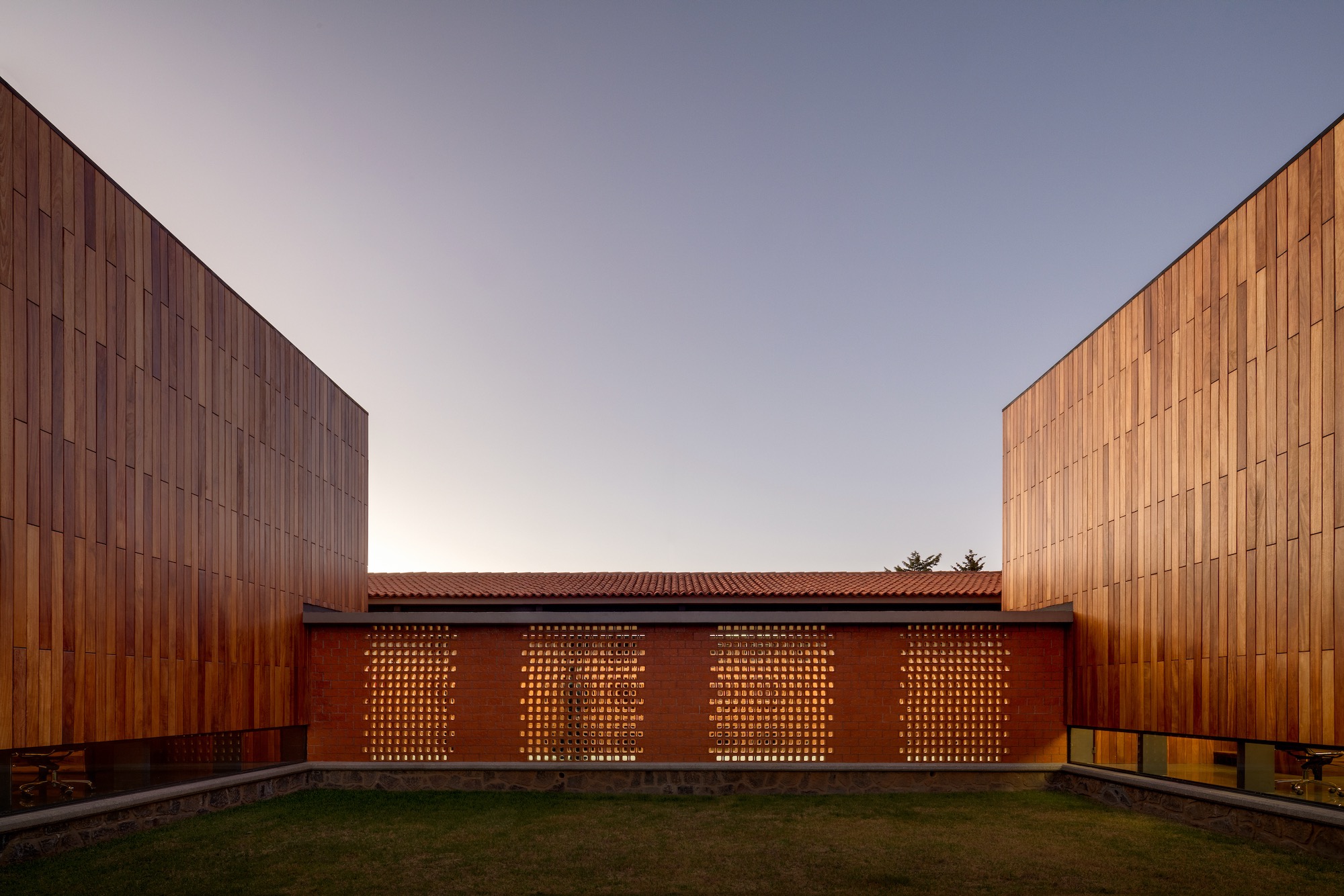 Mexico’s judicial system has long been in crisis, its inefficient bureaucratic labyrinth lacking transparency. In 2008, a series of constitutional reforms were passed to change criminal trials from a written inquisitorial system to an oral adversarial system, creating a faster more democratic process with trials open to the general public.

The main challenge for TALLER was to represent the ideals of the new system — ‘transparency, equality, democracy, justice and dignity’ — while complying with the strict security requirements of the criminal courts. To combine both division and transparency, barriers and aperture, the court was conceived as a walled city and an ‘open town’ within. A solid five- to eight-meter stone wall wraps the interior volume, enclosing a series of open corridors, screens and glazed structures within, thus eliminating any sense of confinement or spatial hierarchy.

The Criminal Court’s elliptical plan is arranged in a series of horizontal bands, alternating between solid and void. This parallel linear arrangement allows for TALLER’s initial desire to create a sense of transparency while adhering to strict security and programmatic requirements. The horizontal bands strategically separate circulation and programs of various user groups, with buffers created by the voids. At one cusp of the ellipse are the waiting rooms for the accused, with a separate direct entrance. In the next band lies the judge’s office, with an independent circulation corridor. While segregated programmatically, connectivity across the building is achieved using entirely glazed facades and brick lattice screens.

The public arrives at the plan’s center, entering into the two trial courts. Perpendicular to the linear pavilions, the courts are given a different material and formal expression to the rest. Sitting proud and tall at the walled city’s center, their high ceilings and low strip windows create a sense of formality, privacy, and enclosure.

Terracing down the site’s natural slope, each pavilion is neighbored by garden space. The stepped, parallel arrangements of the pavilions compose beautiful material vistas. Each space overlooks a garden first, then the Spanish colonial terracotta tiles of the roof below, back-dropped by the encompassing volcanic stone wall — a composed tectonic layering that speaks of the site’s local material tradition.

The exterior wall acts as both barrier and circulation space. Skirting the open and permeable interior, the volcanic stone walls form a narrow continuous corridor. With solid stone to either side and lit only by small high-level openings, the corridor provides a contrasting experience to the enclosed openness. At the intersection of circulation corridors, the wall is split and rotates slightly, creating crack openings that reveal glimpses to the surrounding landscape.

Lying outside the center of Patzcuaro in a rural setting, the Criminal Court sits in isolation from any other built context. Its defining wall, made from volcanic stone excavated from the site, follows the site’s gentle slope, anchored to the earth from which it is made. The Criminal Court’s solidity and seemingly impenetrable perimeter which draws from ancient Mesoamerican architecture gives it a peculiar relic-like quality, although contemporary in form.

Gabriela Carrillo of TALLER was awarded Architect of the Year in the 2017 Women in Architecture Awards — with a special mention for the Criminal Courts. Said Christine Murray, founder of Women in Architecture: “The judges were impressed with Gabriele Carrillo’s ability to design flexible spaces, and work with light and shadow to such compelling effect.” 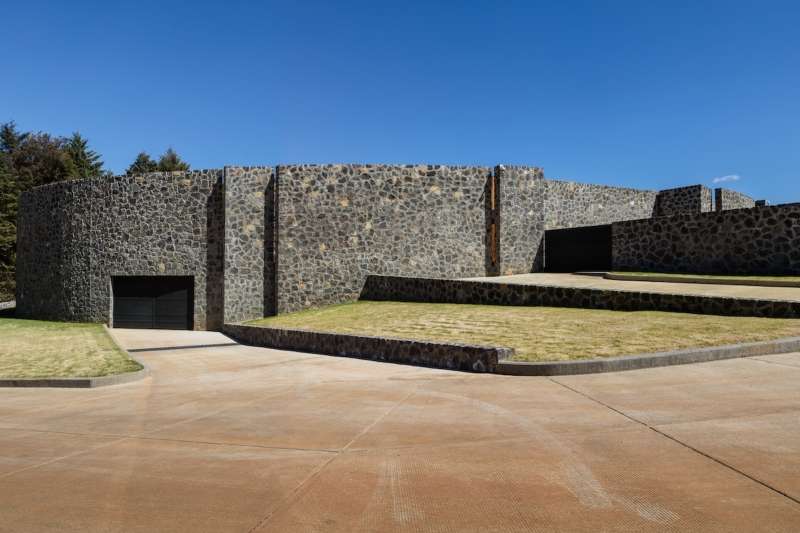 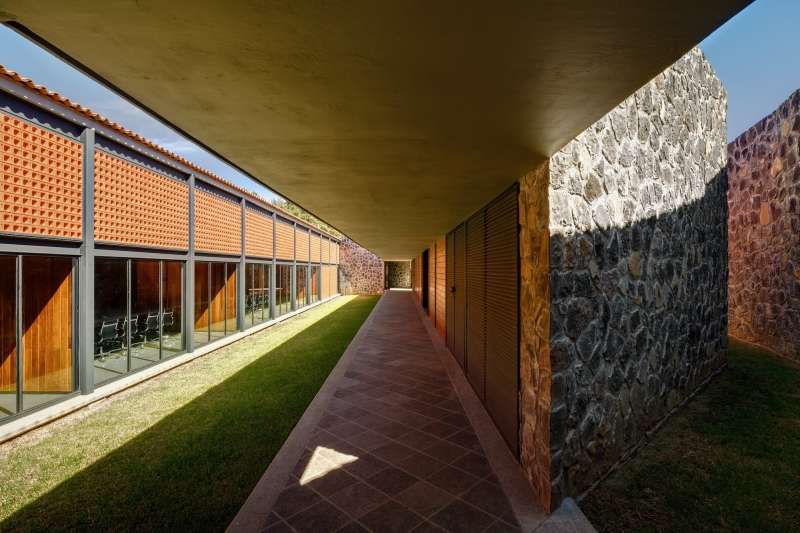 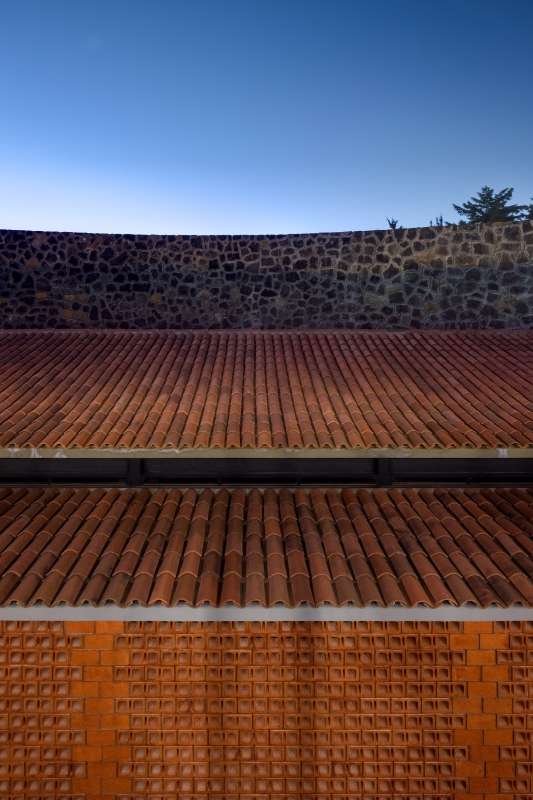 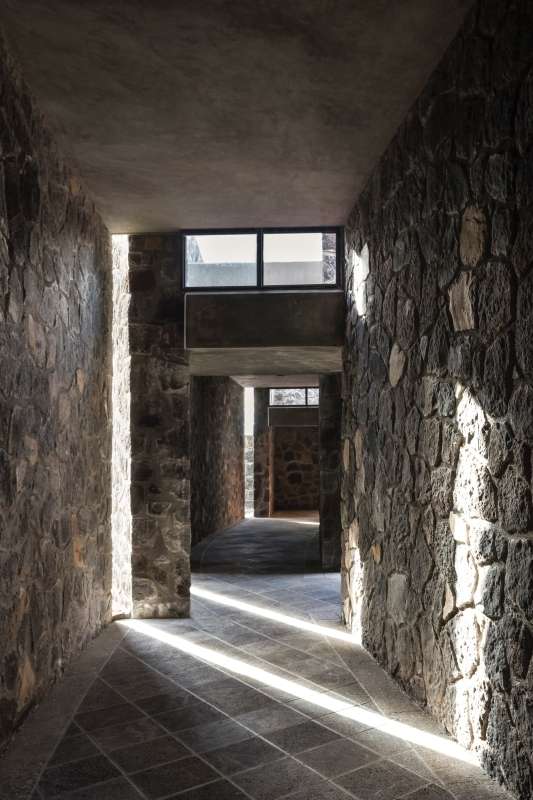 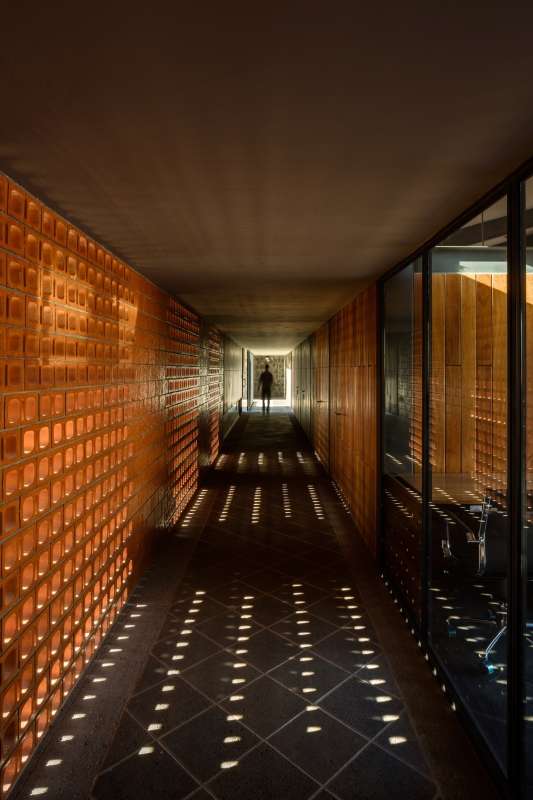 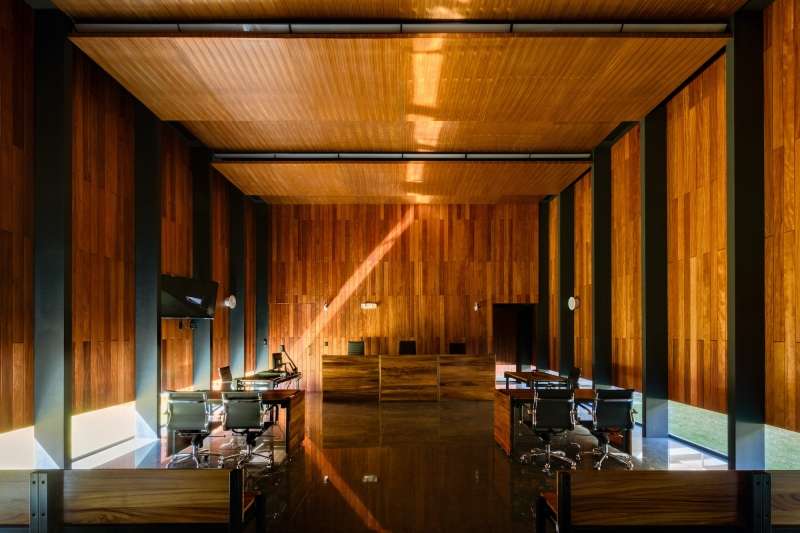 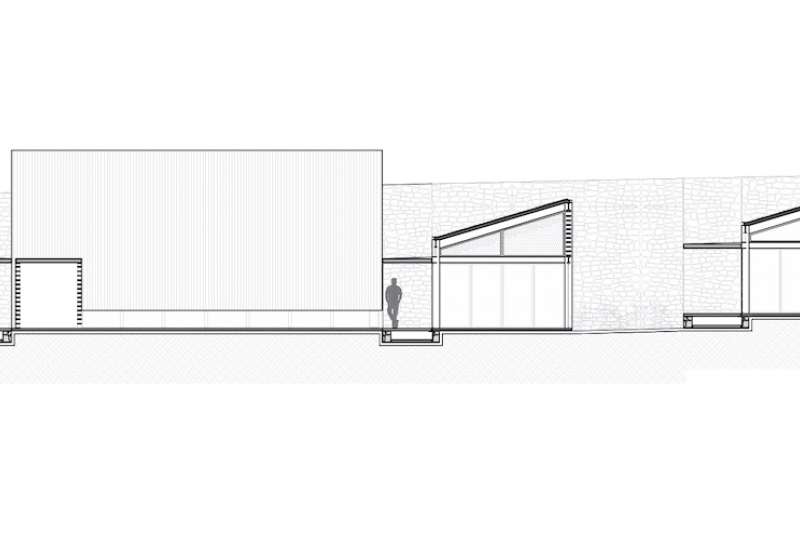