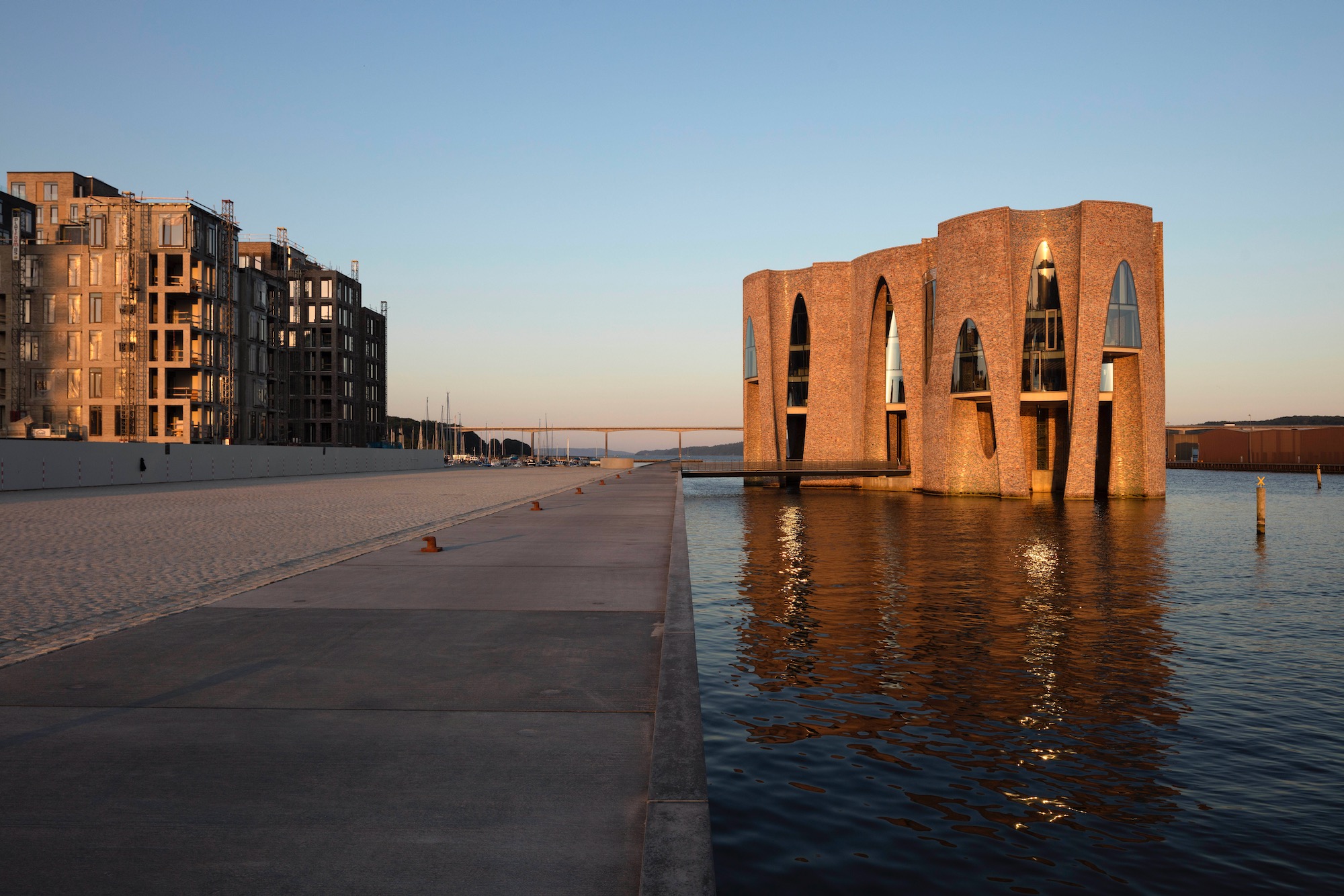 Rising from the waters of Vejle fjord, Fjordenhus by Studio Olafur Eliasson effectively combines a rigorous geometric approach, a thorough knowledge of materiality, and an unusual siting to elevate the office type into something completely different.

What happens when a studio with a history of producing large-scale, experientially oriented installation art dabbles in architecture? The work of Studio Olafur Eliasson has always been spatial, so a foray into the world of architecture feels like a natural progression rather than an unexpected transition. Prior to Fjordenhus, the studio is perhaps most well-known for its examination of human scale and perception through large-scale, heavily experiential installation projects. Through a deft manipulation of scale and atmosphere, works such as ‘The Weather Project’ (Tate Modern, UK, 2003), ‘Your Rainbow Panorama’ (AAROS, DK, 2011) and ‘Riverbed’ (Louisiana, DK, 2014) looked to replicate, amplify and re-contextualize naturally occurring phenomena such as weather, sunlight, and the movement of water.

Over time, the studio has had an increasingly closer relationship to building, blurring the line between installation art, design, and architecture. The facade of the Harpa Concert Hall in Rejkjavik (Henning Larsen Architects, 2011) clearly indicates a strong interest in clear geometric forms and careful craftsmanship present in many of the studio’s previous smaller-scale artworks. More importantly, however, it suggests a desire to deploy the studio’s spatial agenda outside of the art gallery. Cirklebroen (Copenhagen, DK, 2015) is the studio’s first fully realized built project; a cycle bridge perched over the water on Copenhagen harbor, with its plan composed of interlocking circles, it is perhaps here where the architectural DNA of Fjordenhus is most immediately visible.

With this (brief) history in mind, the studio’s move toward fully realized architecture seems almost inevitable. It comes as no surprise then that Fjordenhus synthesizes all of the qualities developed in the studio’s artistic practice into something spectacular for perhaps the banalest of architectural types — the office building.

Fjordenhus is sited unusually for what is essentially an office building. Rising out of the waters of Vejle Fjord, the building is a compact, almost castle-like brick island linked to the mainland by a slender bridge. The focus on geometry seen in earlier work is present here. The building is conceived as a series of Boolean operations; three cylindrical volumes merged together, while a series of oblique cuts form openings in the building’s envelope, in turn creating a series of public and private spaces.

The upper levels of the building function as a headquarters for Danish holding and investment company Kirk Kapital, while the ground floor functions as a generous public plaza on the water’s edge. For most people, this temple-like space is the main event — a series of dramatic interlocked clearings which open to views of the fjord and the building itself. Interestingly, this space also plays host to a series of smaller artworks developed by the studio. The sense of this space is of an experience somewhere between large-scale installation art and gallery space, realized as architecture.

Bricks have been chosen for their ability to create a homogeneous double-curved surface, while also introducing a sense of human scale to what might otherwise be a rather abstract geometric exercise. The masonry seamlessly integrates other, more practical functions such as reflecting light and ventilation, while simultaneously functioning as a serious advertisement for Danish craftsmanship with its careful use of traditional accents and details. Seamlessly detailed curved glass windows make up the rest. The studio sells this as “a total work of art”, and this is something close to the truth – an architecturally cohesive statement, where geometry, materiality, and context are all clearly interdependent.

However, the geometry is more than just formal gymnastics. In the office spaces, the oblique cuts which form a series of partitions and openings on the public plaza also generate a very interesting series of office plans. In a nod to Louis Kahn’s drawings of British castles, thickened structural walls contain embedded functions such as meeting rooms and vertical circulation. The result is a fluid sequence of circular spaces that still have a legible hierarchy.

A building like this is an interesting change of pace for Denmark, where the discipline has been defined by a kind of polite pragmatism via slick graphics over the past decade. In this context, purely geometric moves are almost considered old hat. But away from diagrams and rationalizations, Fjordenhus serves as a powerful argument for the power of architecture as a primarily spatial practice — a discipline where the creation of space and spatial experience can simultaneously be phenomenologically engaging, functionally appropriate, and contextually relevant. 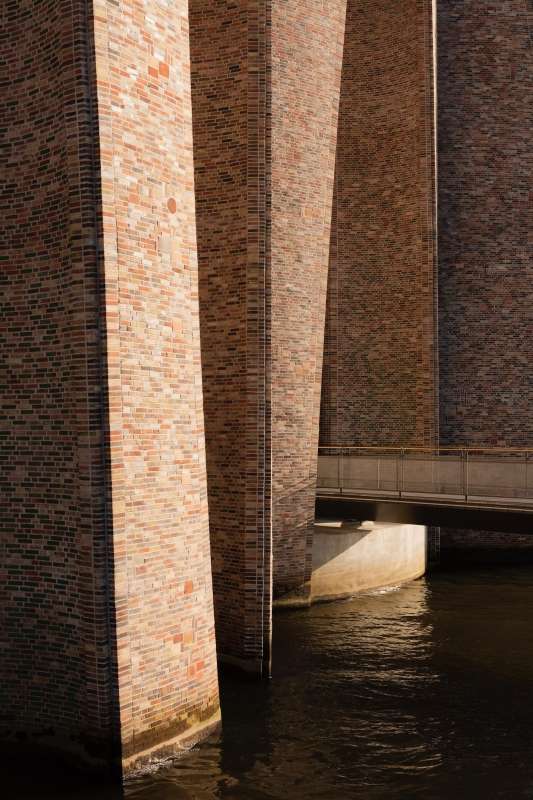 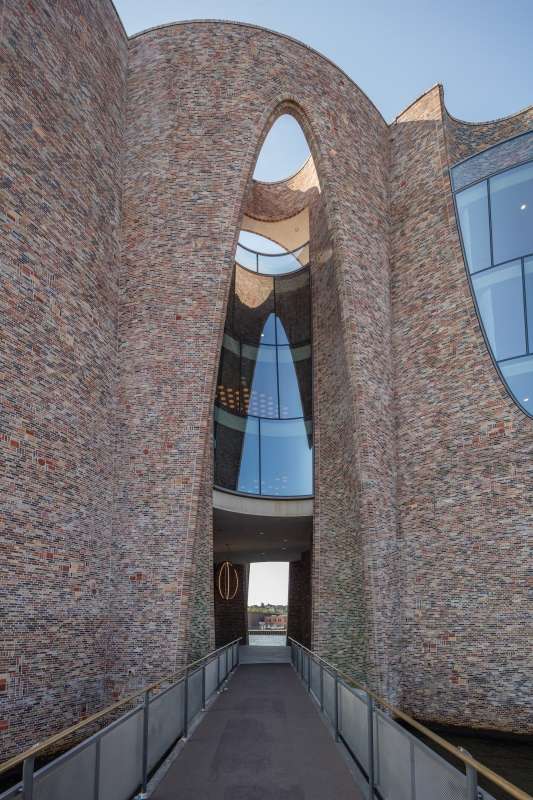 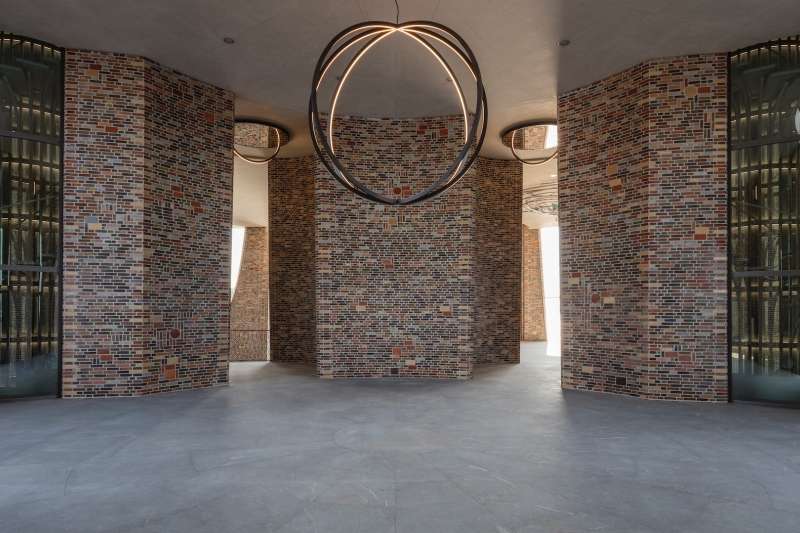 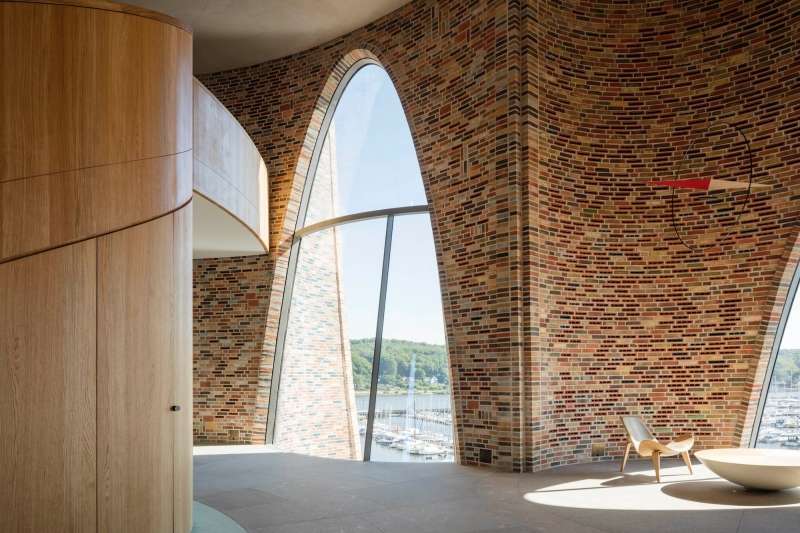 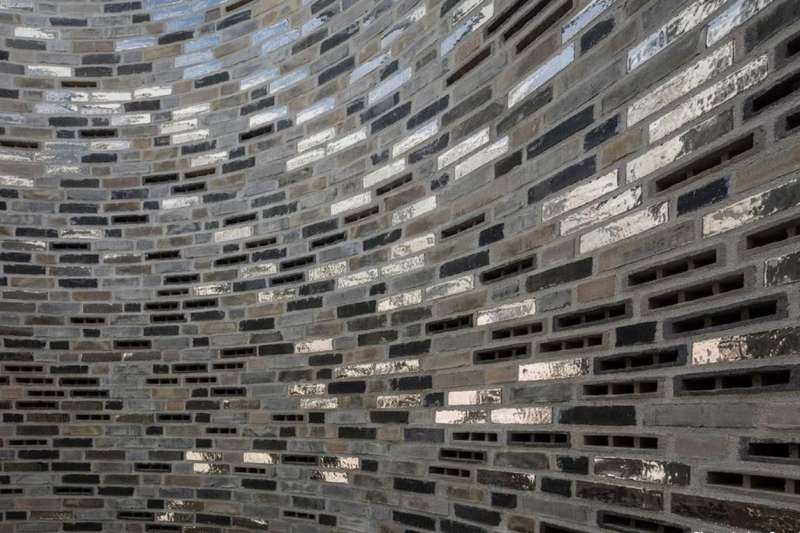 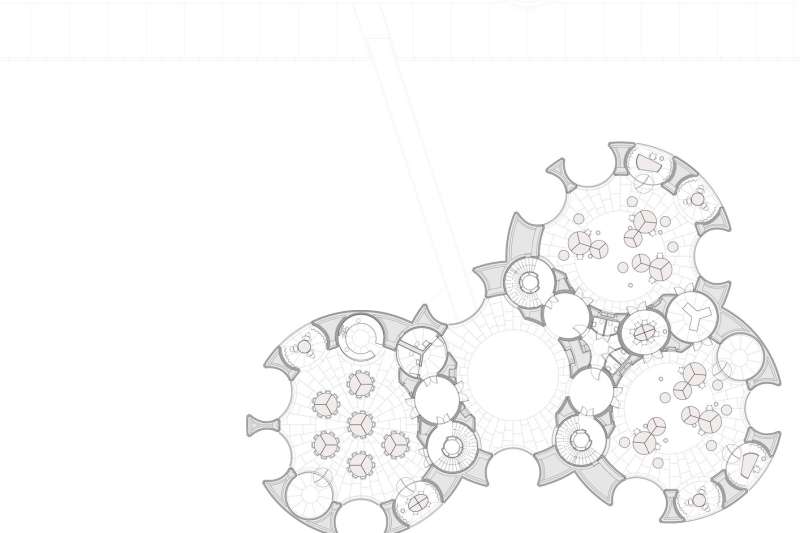 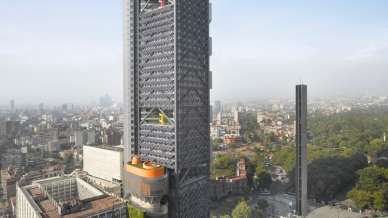 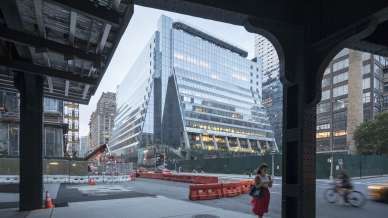