A collaboration between Henning Larsen Architects and GPP Arkitekter, this kinesthetic primary school sets the bar for the future development of educational facilities in Denmark.

With a strong vision to design the school of the future, the two offices won the competition in 2013, proposing a school that gathers more than 900 pupils and emphasizes movement in relation to learning. The school couples spatial quality with pedagogical practice, acting on the brief’s ask for “forward-looking learning facilities”. The efforts led to an award in 2016 for the Danish School Building of the Year.

Frederiksbjerg School presents itself as a “primary school, version 2.0” while demonstrating a rather pragmatic way of responding to the demands of the local municipality. These state that the best learning outcomes are accomplished through movement and sensation, and therefore require that a minimum of 45 minutes of physical activity be included as part of the daily timetable. The architects in response designed the building’s interior as a dynamic playground, acknowledging the desires of its young users.

Opened in August of 2016, each day children access no less than 40 zones that facilitate activity throughout the building. Inside, Frederiksbjerg School takes on a rather playful approach through colored acoustic wall panels and several climbing walls, swings, colored paths on the floors, and wall bars, all together environments supporting physical, bodily movement in the different age groups — and uniting great amusement with learning. However, amusement is not everything — even the characteristic playful and social elements are compatible with the more earnest ones, for instance by implementing window sills for retreat and absorption in the classrooms, and by introducing study areas accommodating various learning phases.

When entering the school, one finds oneself in the atrium, a central meeting point connecting the building’s four stories; the concrete columns introduced in the main entrance outside are repeated in an even rhythm. Organized around this atrium, the plan is formed by a generic layout repeated vertically throughout the building. This allows for access to each floor through the main stairs and plays out as clusters divided into smaller zones that accommodate different scales and types of school activities.

Vertically, the spatial organization is characterized by a gradient of functions and classrooms. The ground and first floors accommodate a daycare and a youth club, as well as the school’s youngest pupils; the middle grades are on the second floor; and finally, the oldest is on the third floor. This strict organizational system is, however, broken up by the atrium’s presence, leading to a rather distinct sense of community and interaction among users.

As the first school built in the center of Aarhus in 100 years, within a cityscape of four- to six-story buildings of red brick, Frederiksbjerg School succeeds in adapting to the area’s historic urban fabric. This is done by, for instance, a facade constructed of recycled red bricks that emphasize the area’s historical background. Propelled by a desire to blend the life within the school walls with the life outside, the architects designed for access to the facilities by associations from the surrounding neighborhoods (and the general public) after school hours, by providing meeting rooms and other public areas. In this manner, Frederiksbjerg School not only makes room for learning and movement for 900 pupils but also strives to be a new center of daily life for the neighborhood. 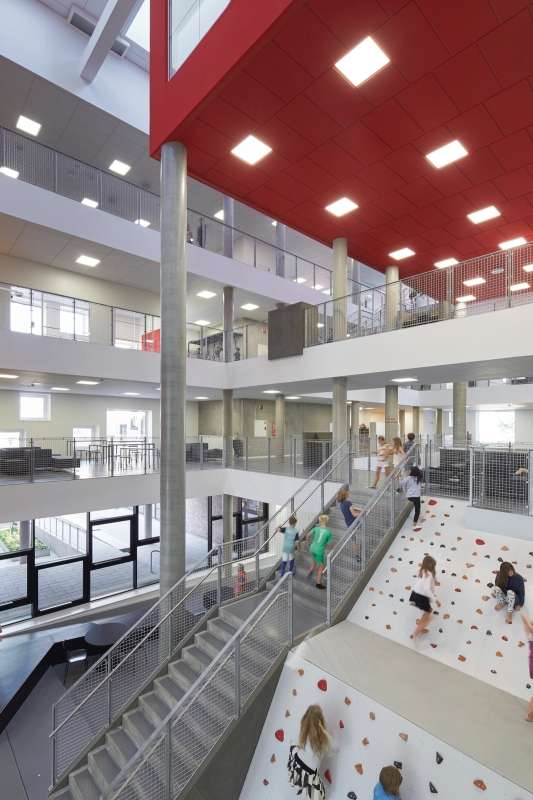 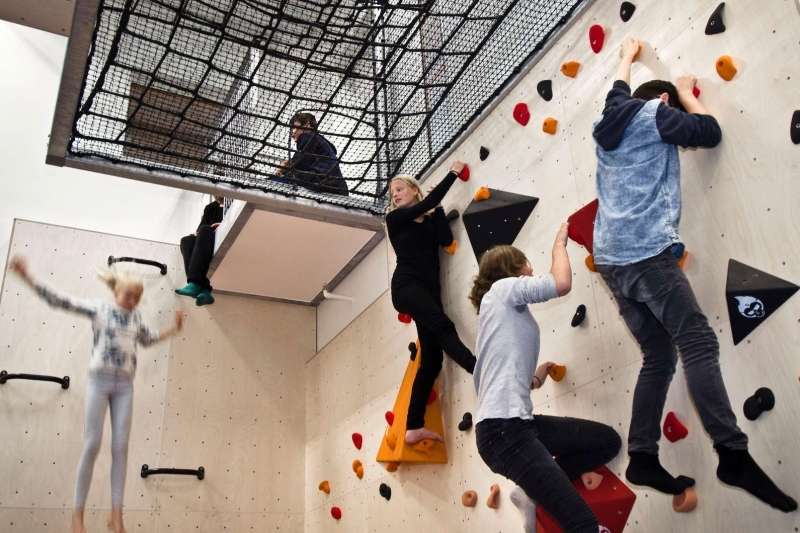 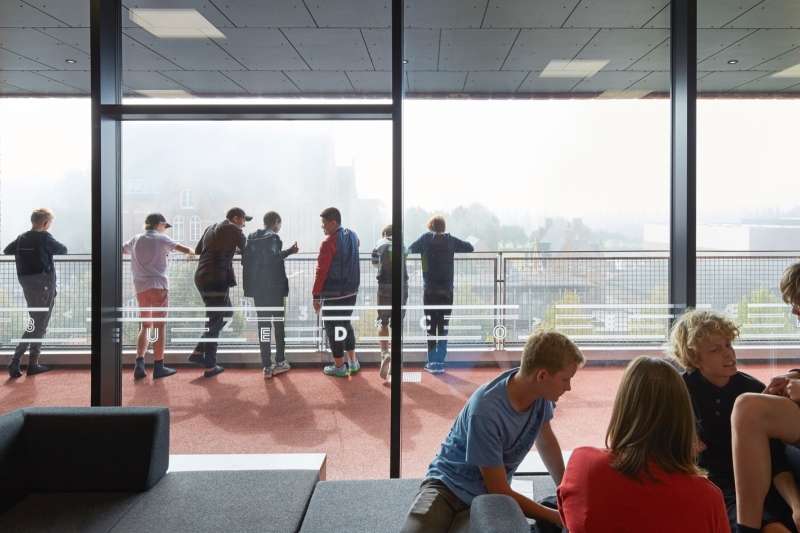 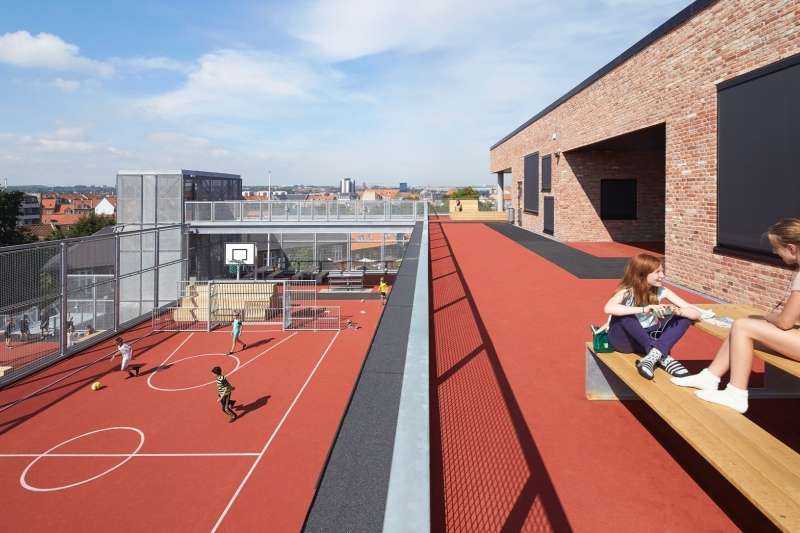 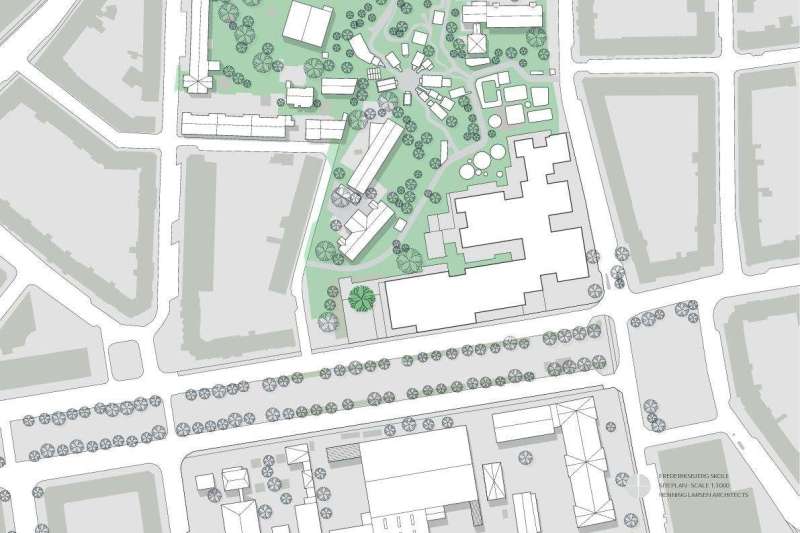 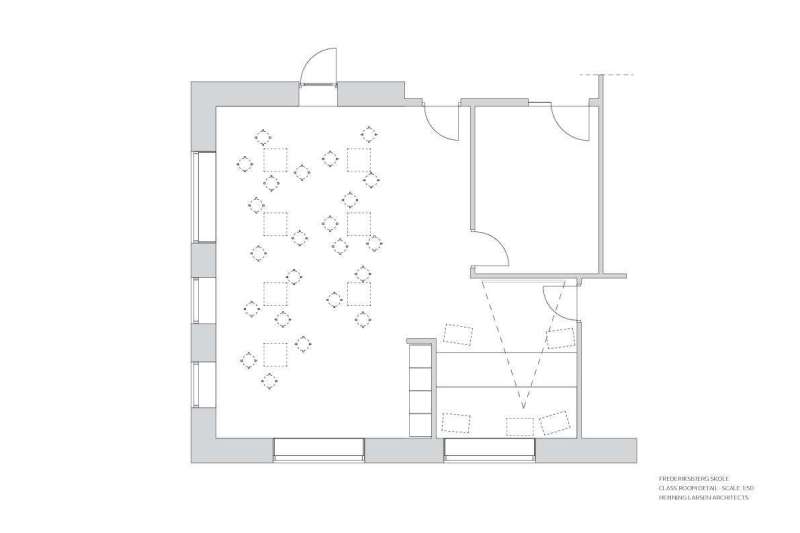 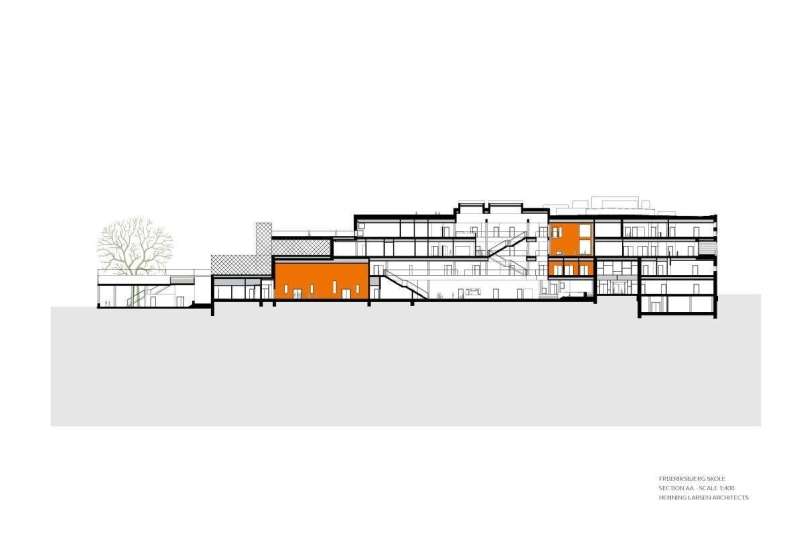