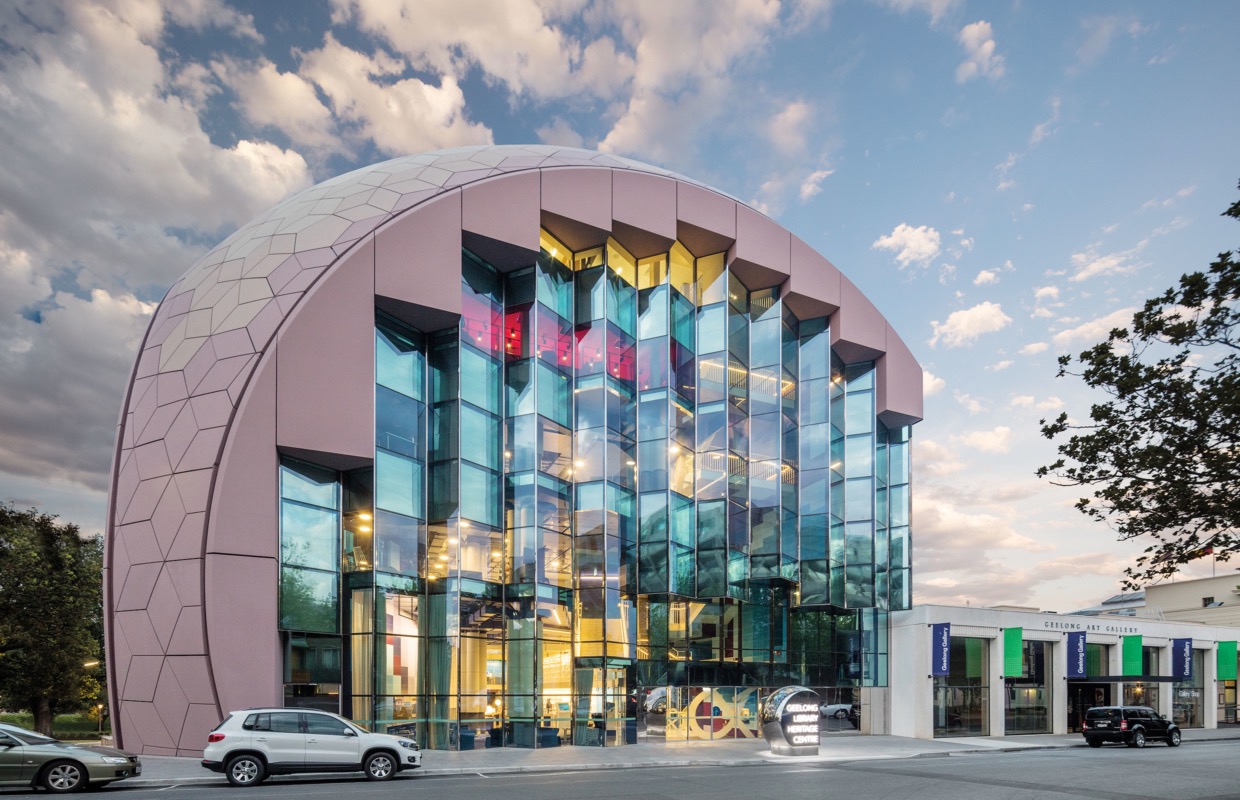 Occupying the footprint of a former two-storey library, the new Geelong Library and Heritage Centre designed by ARM Architects conjures up a variety of stories, abstracts and ideals.

Behind the existing Heritage Centre sits the new library — an eroded sphere opening up to Johnstone Park, the 1926 Geelong Peace Memorial, and the Geelong Art Gallery. Sited and responsive to all these historic influences it now forms an early Australian picturesque of the beautiful ruin. The dominant form of the dome is an homage to ideals of self-improvement, knowledge, and curiosity, as expressed in the domes of the great reading rooms of the State Library of Victoria and the Library of Congress. It recalls the great civic gestures of the 19th century, a time when the dome was symbolic of democracy, enlightenment and civil society. However, the geometry of the dome is eroded; Howard Raggatt, ARM’s director, remarks that “like a grotto or the entry to Fingal’s Cave, it breaks into a crystalline alcove, allowing the landscape into its zone”. What is now left behind is the suggestion of a dome conceived by a series of arches, resonant of both the great libraries and symbols of knowledge and a future-oriented library with an organic structure that lets the natural world penetrate its interior.

The exterior of the dome is clad in 332 panels of glass-reinforced concrete. The cladding tile array is dressed in muted browns and reinforces the appearance of a geodesic dome whilst harmonizing the appearance with its proximal masonry buildings.  The library, conceived as a third space, exists in isolation, is sacred and removes the necessary chaotic interactions found in the home, workplace and in-between pilgrimages. Upon entry it is upturned; the first few floors of the building have rejected traditional notions and the stern attitudes of “no-eating-and-no-talking” policies. Instead, it expresses itself as a living room or lobby, inviting the public into a large 80-seat café and community gathering space with popular books and magazines. These first few noisy levels are a familiar invitation within the built environment, pursuing the consideration that the library can be something less defined as others.

Our digital age has meant that computers are replacing books; however, celebrating the tactile and stretching a full six meters at ground level, is the Great Wall of Stories, where readers can browse books from an elevated catwalk reminiscent of Sydney’s old Mitchell Library. As you progress through the building the crystalline shards of the west- and south-facing walls are reminiscent of stalactites, heralding the renaissance tradition of the grotto as a primal space of retreat and reflection. The third floor (and core) of the library is quiet and climate-controlled, housing the regional collection of public and private records; the entire floor is compliant with the “place of deposit” storage specifications of the State Archives.  The building, arranged vertically over eight levels and connected via a large stair, has provided a variety of spaces — from contemporary library spaces, areas focusing on children and archives, to research and ultimately top-level functional rooms. On each level, the building’s crystalline exterior allows a view to the historic grounds, not through a flat pane of glass but via vantage points: outcrops, crags, and lookouts. Landscape architects Taylor Cullity Lethlean have provided more outlooks and external vistas with a continuation of the facade’s architectural language through landscaped terraced spaces.

Whilst the building’s exterior alludes to the great reading rooms and their grand interior volumes, its interior spaces have shown an internal modesty and warmth akin to a regional library, and are neatly organized within its shell; the dome now exists as a symbol or even a folly. In comparison, the facade of ARM’s earlier work on the extension of the St Kilda Library and Town Hall, giving credence to the phrase ”the book is dead’, encapsulated a zeitgeist of the ’90s that technology had overtaken the tangible. The new Geelong Library has instead given itself responsively as an icon to a growing regional town, positioning itself around a ‘think global, act local’ ethos. The building’s offering to the community has been a true success, one visible in its phenomenal visitor numbers. Patti Manolis, CEO of the Geelong Regional Library Services, has stated that “the project is meeting all of its objectives – it is creating a vibrant hub in the center of Geelong, further enlivening the cultural precinct; acting as a significant tourist destination, and providing world-class library and heritage services to all visitors.” 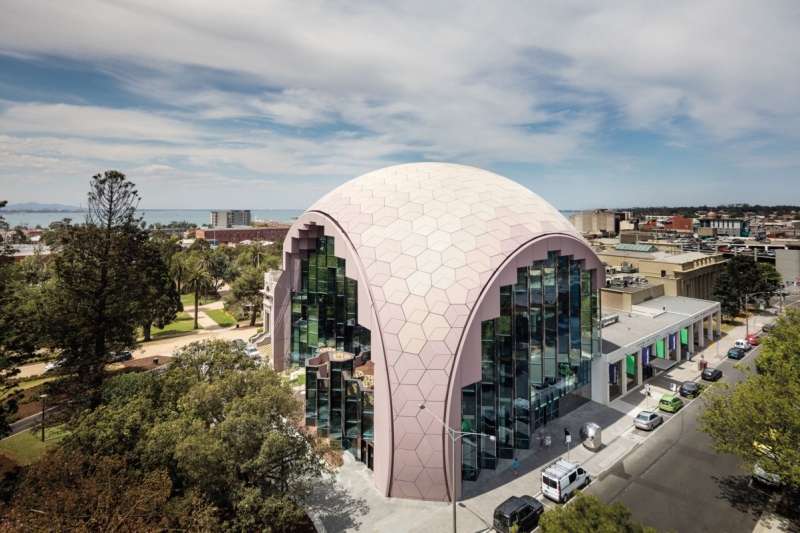 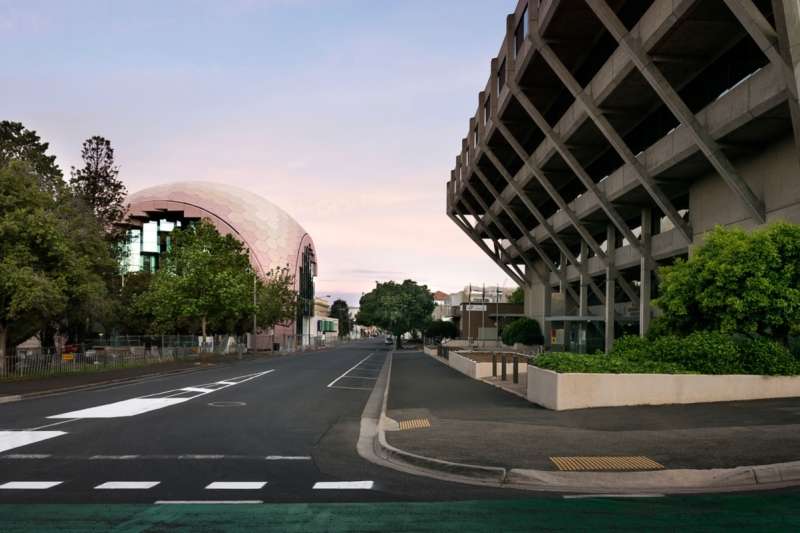 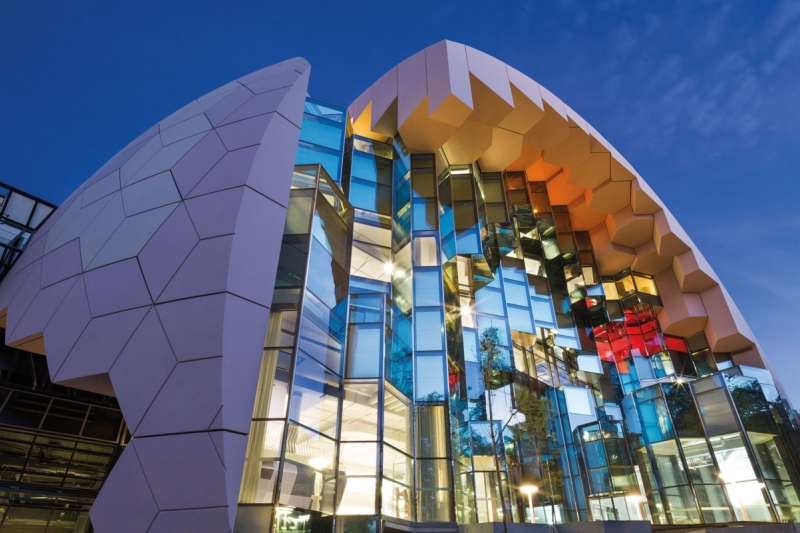 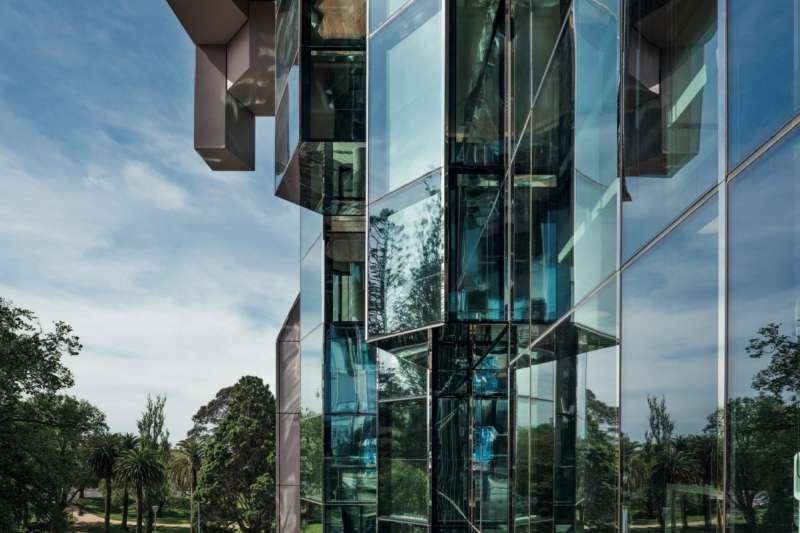 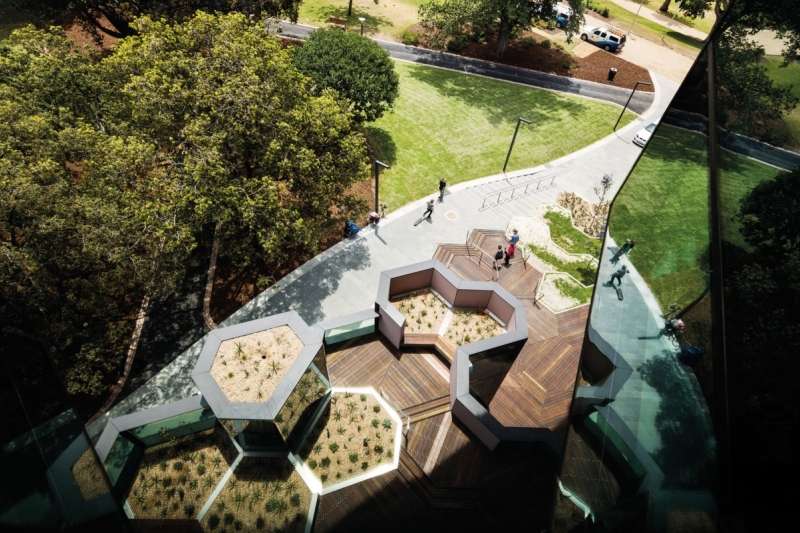