The new Hammershus Visitor Centre, designed by Arkitema Architects and Christoffer Harlang, is situated on the small Danish island of Bornholm in the Baltic sea, known for its rocky landscape.

Hammershus Castle Ruin has for decades been the island’s largest tourist attraction. The ruin is located on the northern part of the island, on top of the cliffs next to a deep valley and a dense, protected forest. It has been an important part of the project to respect Bornholm’s natural surroundings.

The center’s design is inspired by the world-famous architect Jørn Utzon, who in 1969 sketched his vision of how a new visitor center could be molded into the landscape. With its jagged, horizontal shape, the new building places itself gently into the cliffs facing Hammershus, as a discreet imprint in the landscape. A light footbridge runs from the front of the center and connects it to the castle ruin, built on pillars to protect the existing valley.

As visitors approach Hammershus, the center is not visible. Instead of distracting from the view of the main attraction, the building extends into a roof — as a natural continuation of the rocky landscape — which lets visitors enjoy a panoramic view of the castle. Only later along the path, the center reveals itself and invites people inside, while the footbridge from the terrace leads one further toward the castle with new viewpoints across the valley. Thus, the visitor center becomes part of a scenic path system with experiences and views along the way, while the building itself stays humbly in the background.

Constructed of glulam columns and beams, the building’s floor, outer and inner walls are made from in-situ cast raw concrete. Local timber from Bornholm is used for the roof, footbridge, interior planks, and special fittings, such as furniture, cupboards, and a bar counter. While the rawness of the concrete makes the building blend into the rough background, the wooden interior creates a warm contrast to the rock surface. The roof lets light inside from both sides and gives the impression of bright, open interior space.

The visitor center is open to the public and visitors of Hammershus all throughout the year. Inside, the building opens up into spacious facilities, including a shop, café, a kitchen, restrooms, a classroom and exhibition spaces, unfolding the 900-year history of the castle. All service functions are placed in the darker back of the building, while the side facing Hammershus opens up into large windows with black aluminum profiles to frame the grand view of both the castle and the sea.

With its careful placement in the existing surroundings, and its warm, spacious interior, Hammershus Visitor Centre becomes an inviting cultural imprint in the landscape. 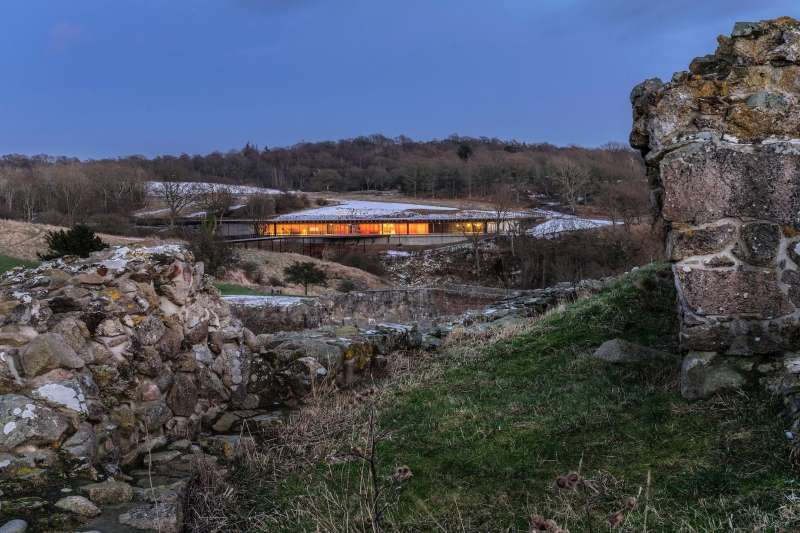 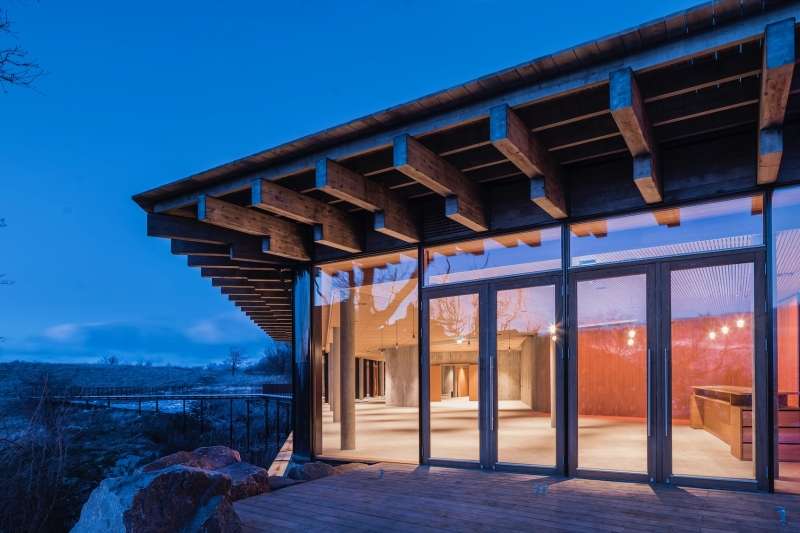 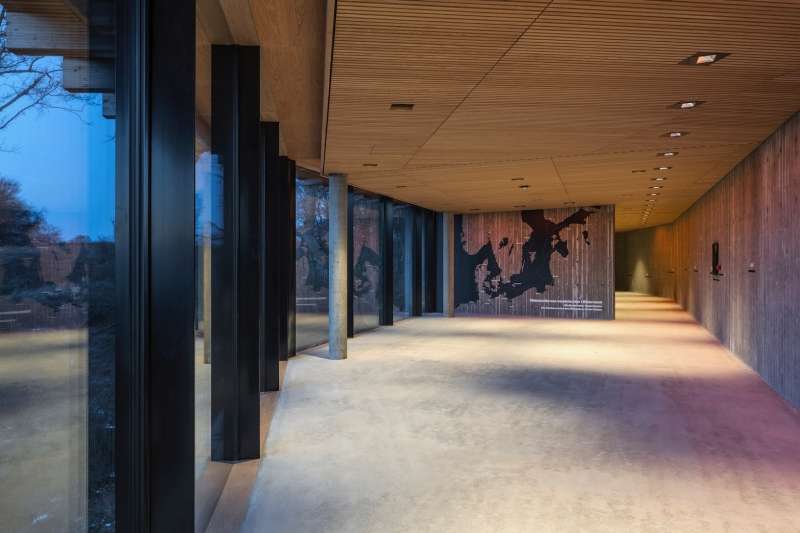 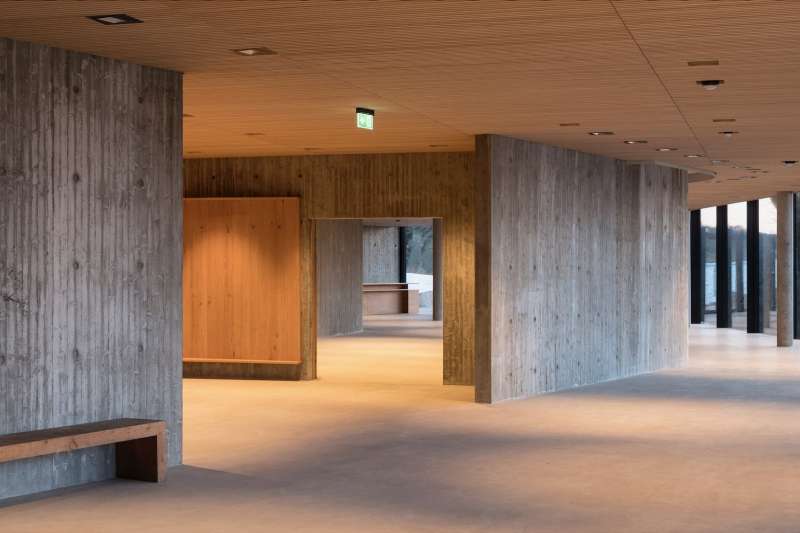 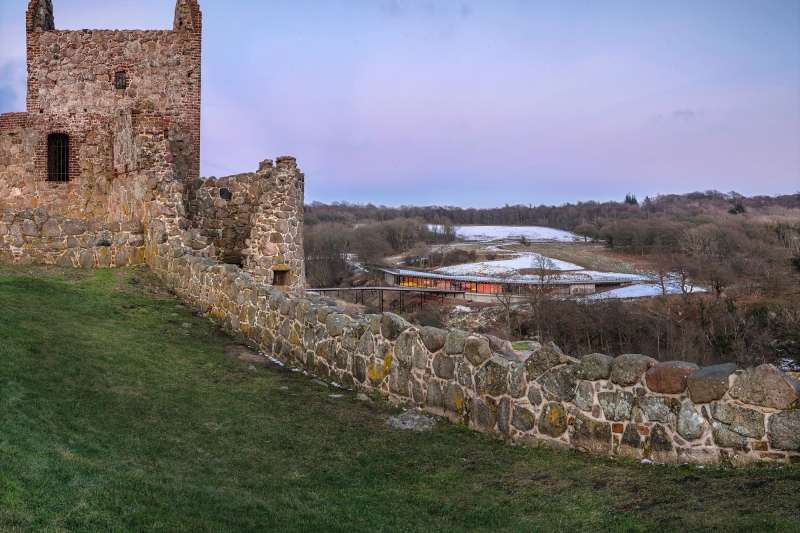 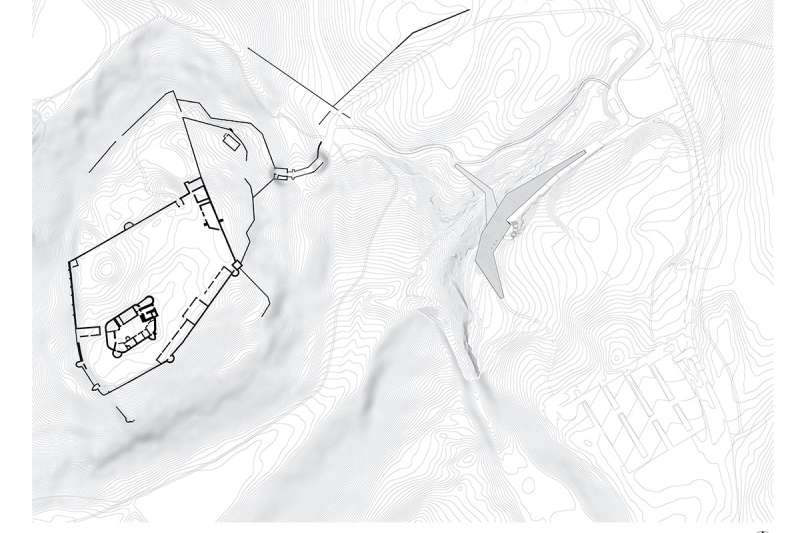 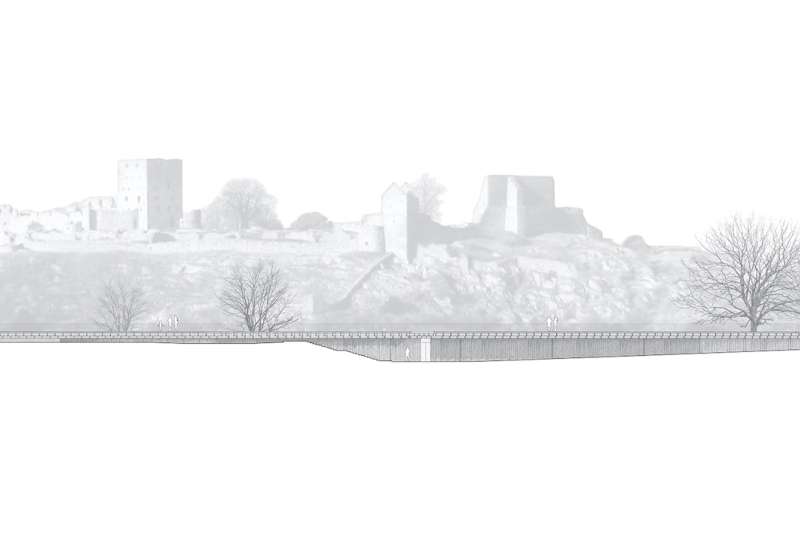