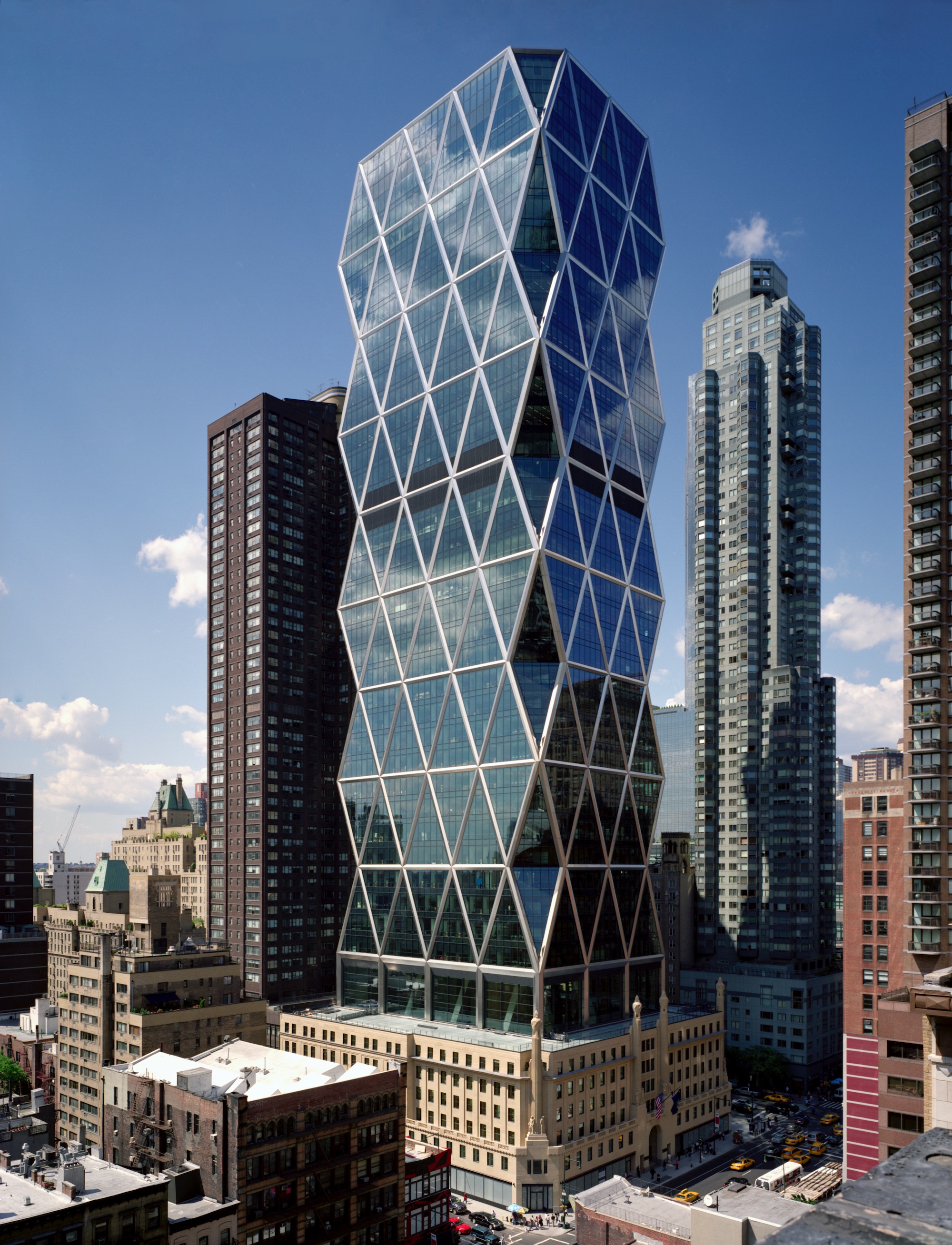 When William Randolph Hearst in the 1920s commissioned a six-story Art Deco block to house his publishing empire, he anticipated that the building would eventually form the base for a landmark tower.

The building, designed by Viennese exile Joseph Urban and George P. Post & Sons in 1926–27, was designated as a landmark site by the Landmarks Preservation Commission in 1988.

Foster gutted the old building, keeping the stone shell — with its columns and allegorical figures — wrapped around the base of the 42-story tower. Linked on the outside by a transparent skirt of glazing that floods the spaces below with natural light, the tower seems to float weightlessly above the base.

You enter the building through the original facade and continue via escalators — set within a three-story, sculpted water feature “Icefall” — to the soaring atrium that occupies the entire floor plate and rises up through six stories.

Like a bustling town square, this dramatic space provides access to all parts of the building. It incorporates the main elevator lobby, the Hearst cafeteria, the auditorium, and mezzanine levels for meetings and special functions.

Skylight views of the tower rising above, and the huge diagonal structural supports for the tower, add additional drama to the space.

Structurally the tower has a triangulated form — a four-story-tall “diagrid” — a highly efficient solution that uses 20% less steel than a conventionally framed structure. With its corners peeled back between the diagonals, it has the effect of emphasizing the tower’s vertical proportions and creating a distinctive faceted silhouette.

The new building is also distinctive in environmental terms. It is constructed using 85% recycled steel and designed to consume 26% less energy than its conventional neighbors.

Among the many features are light sensors that control the amount of artificial light on each floor. Based on the amount of natural light available at any given time, motion sensors will allow for lights and computers to be turned off when a room is vacant.

The roof has been designed to collect rainwater, which will reduce the amount of water dumped into the city’s sewers during cloudbursts by 25%. Rainwater is used to replace water lost to evaporation in the office air-conditioning system, and the “Icefall” — where the environmental function is to humidify and chill the atrium lobby as necessary — uses harvested water.

As a result, it is the first new occupied office building in the city to have been given a gold rating under the US Green Buildings Council’s Leadership in Energy and Environmental Design (LEED) program. 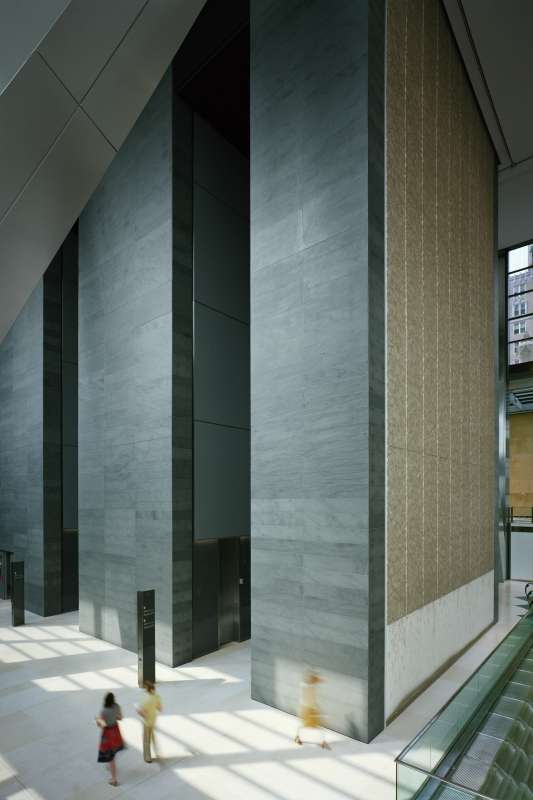 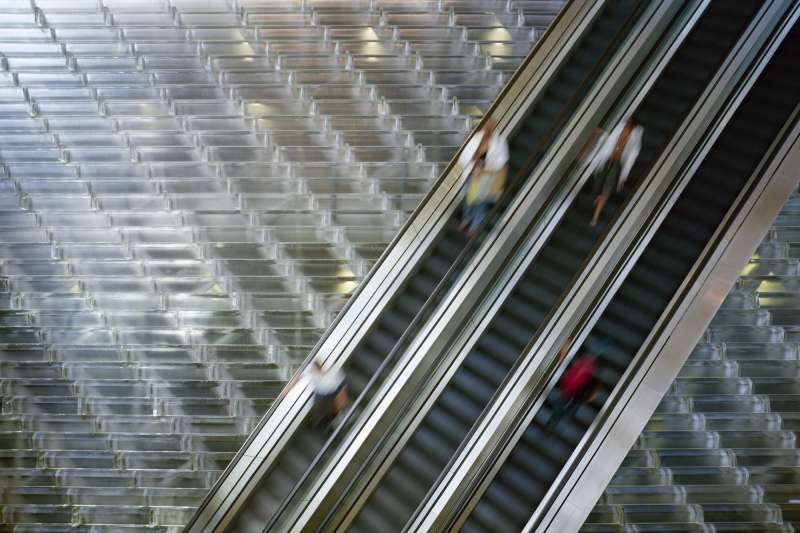 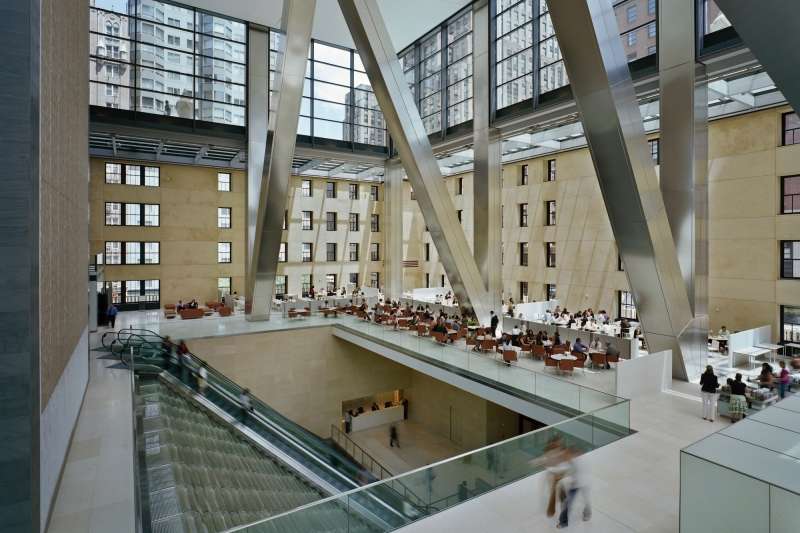 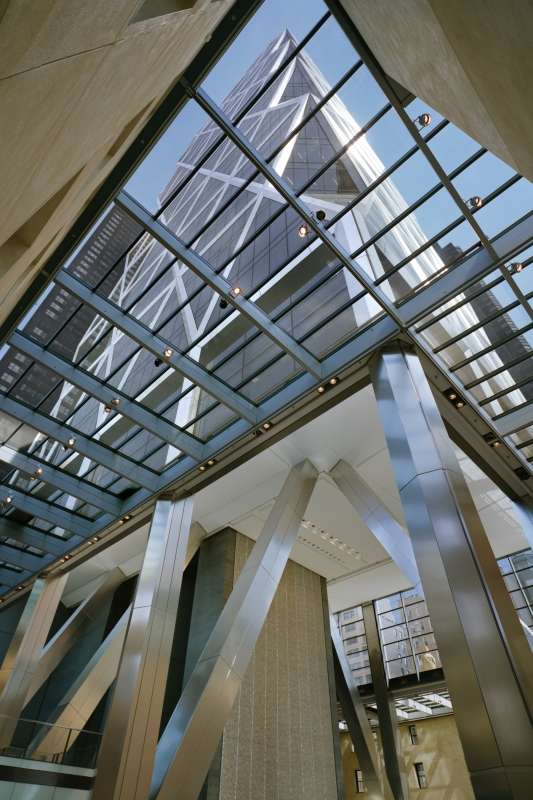 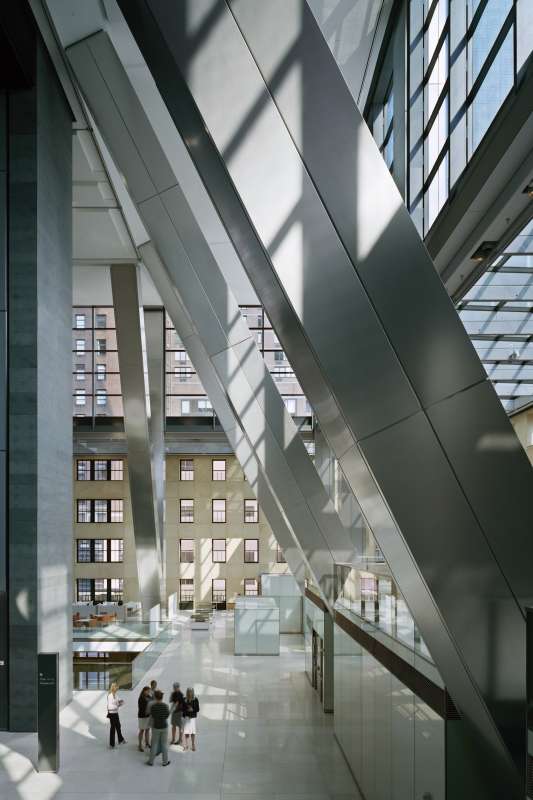 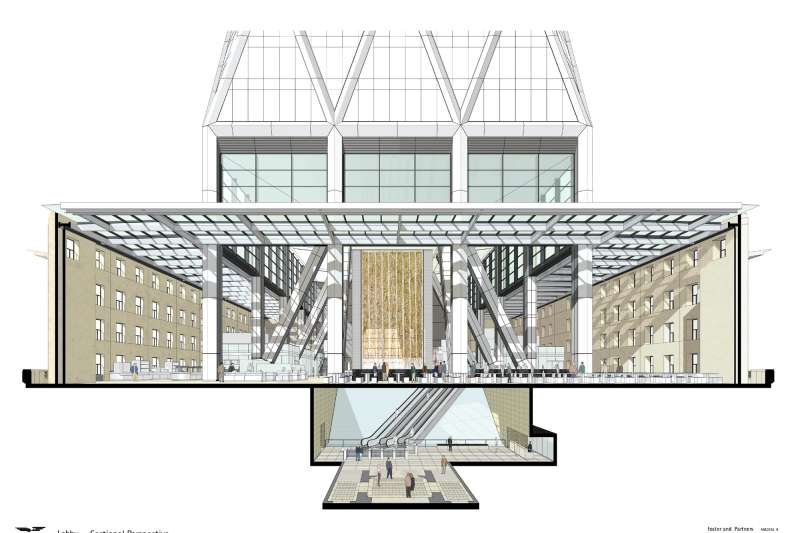 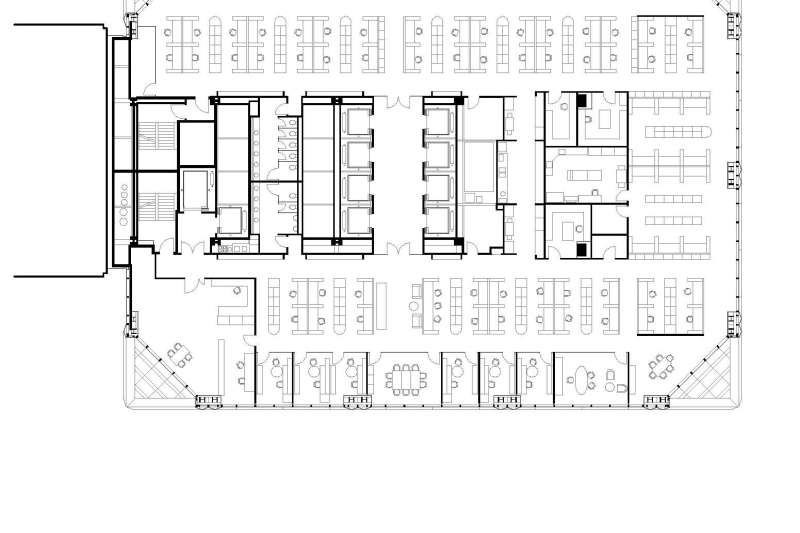