House in Rua do Paraíso 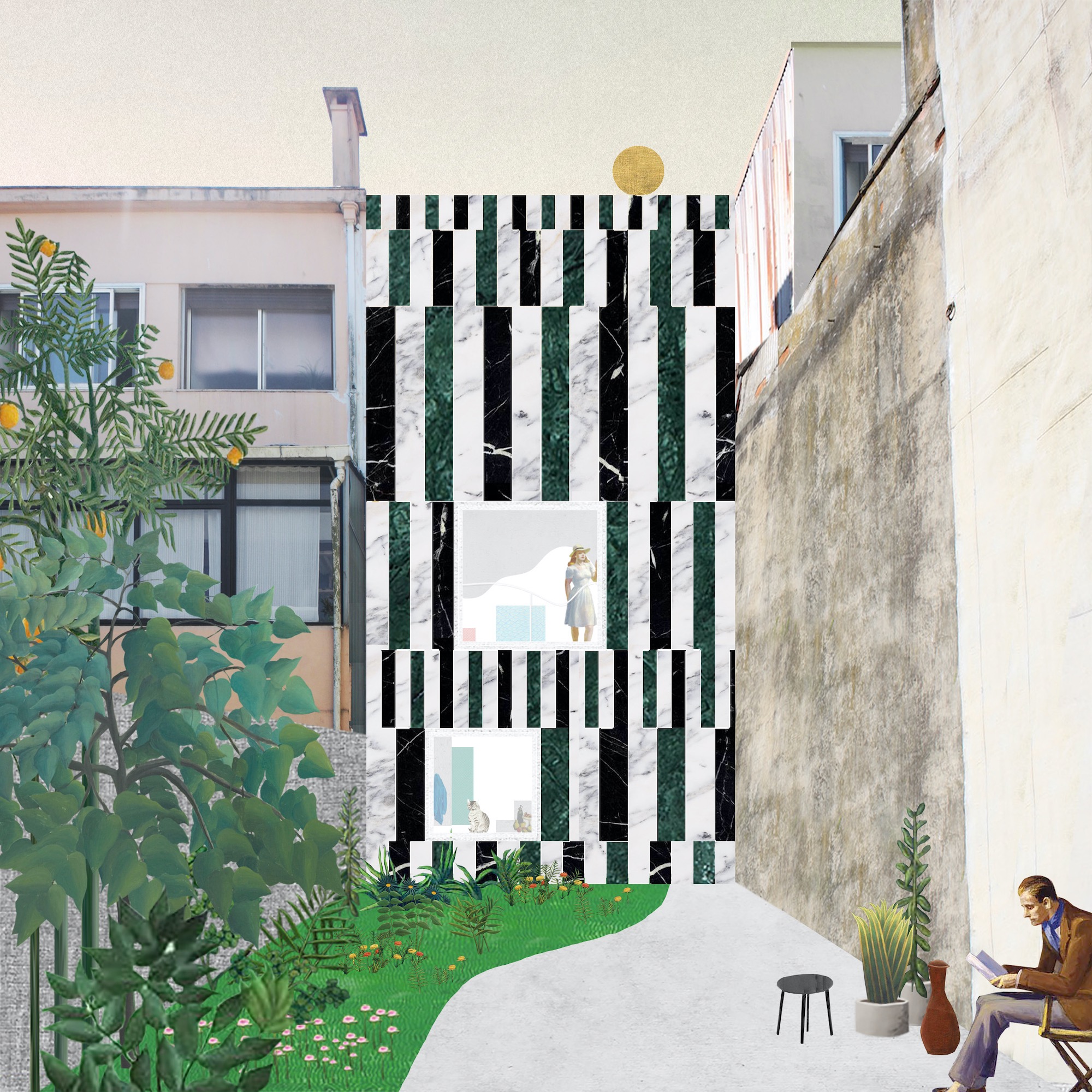 House in Rua do Paraíso is a conventional 19th-century single-family dwelling in Porto, transformed into a series of identical studio apartments: four living spaces, common circulation areas and a private backyard.

The site itself is typical for a two-story apartment building in Portugal, boxed in on two sides with architectural effort and ornament placed mostly in front, forming an unassuming, utilitarian street wall. The building becomes readable only as another segment of Porto’s chaotic, century-old urban ‘planning’.

The project’s front façade is almost unchanged; the shabby tiles are replaced by polished green marble contrasting with the roughness of the existing granite frames. A circle of white marble is added to balance the composition. Arguably the main feature of the project — unprecedented for the young team at Fala Atelier — is the rear façade, which has been entirely rebuilt. This façade is not a fully public expression since it overlooks the private garden; however, it is a recognizable sign in the residential landscape of Porto. Its surface is flat and smooth; vertical stripes of white, green and black marble conceal the entrance to the garden within this flatness, while two square windows frame interior scenes out to the renovated garden. A brass circle adorns the crown of this built-up façade. It is a fully decorative element, a necessary exception in the otherwise too-exact composition. The pattern flattens the surface and seemingly shrinks the scale of the building, disguising it and its program while maintaining a proud and exuberant essence. Its playful deception becomes an object of curiosity for neighbors, whilst being very much operational for private use.

The rooms of the four studio apartments vary in size, shape, and orientation. However, tying them together is a cohesive language, a clearly defined syntax and grammar defined by the studio. This language is created through a recurring set of figures in each of these spaces: the stepped wall, the curved plane, two doors (one pink and one green), and the striped surface of the floor. These figures moderate the interior, transforming these apartments into something more akin to a gallery space than a living room, becoming the point at which the project operates internally.

The stepped wall defines the mode of operation for the kitchen and bathroom, which are mirrored at the back of each studio. The two doors define the entry point and the concealed bathroom. The striped surface of the floor widens the apartment and strengthens the composition of the windows out to the street and private garden. Connecting all these apartments is the curved plane; at ground level, it defines the entry point of the building and snakes its way to the garden at the rear. Intersecting this curve is the single stair that connects the upper studio apartments where the plane is lifted to the ceiling, capping the design and strengthening the apartment’s perceived width. It is the unified play of all these figures that takes this simple, constrained architectural language and translates it into something exceptional.

The house was a simple geometry. Made from stone like so many others, the building’s frontage, unkempt rear façade, and internal spatial qualities show the systems of constraints that have fed the monotonous treatment along Rua do Paraíso. Away from the street, the private ground-floor vistas from the rear of the apartment blocks are often left dilapidated and confused, with no real architectural pleasure contained beyond the public boundary. Given this context, the architects of Fala Atelier sought to provide an unexpected complexity, designing with certain awareness with what would otherwise be a very banal set of programs. In this case, the design of four new apartments within an old house is much more than a declaration of habitability. It is a renovation that preserves layers of the previous building’s stages; transforming it into an outstanding piece of modern art — an interesting analysis about private and public. It is also a reflection between the main façade and the rear courtyard façade. More importantly, through sophisticated rigor and a clearly defined architectural language, Fala Atelier’s playful use of only four figures has beautifully defined four unique studio apartments, now contained within a fittingly thought-through shell.

This and many of their other residential projects are worthy explorations into an alternate built history; they show possibilities of a Portuguese urbanity not affected by economic hardship but by a world of obsessions, fascinations and art-filled references. 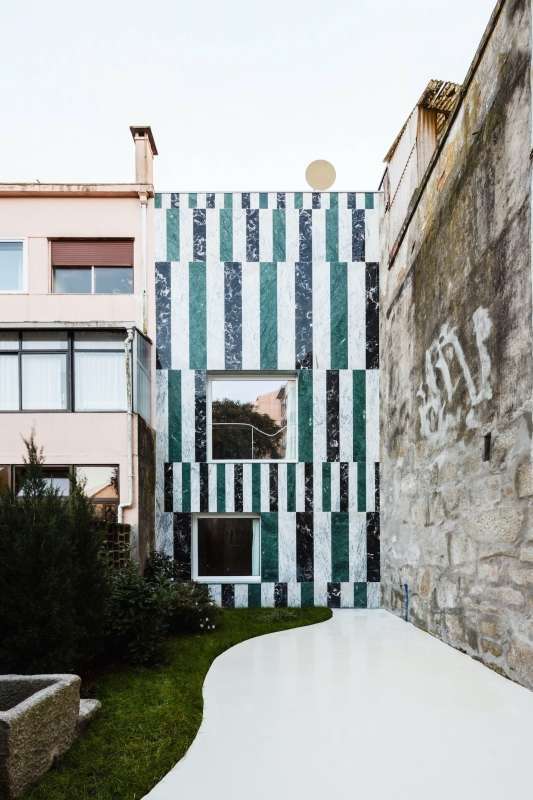 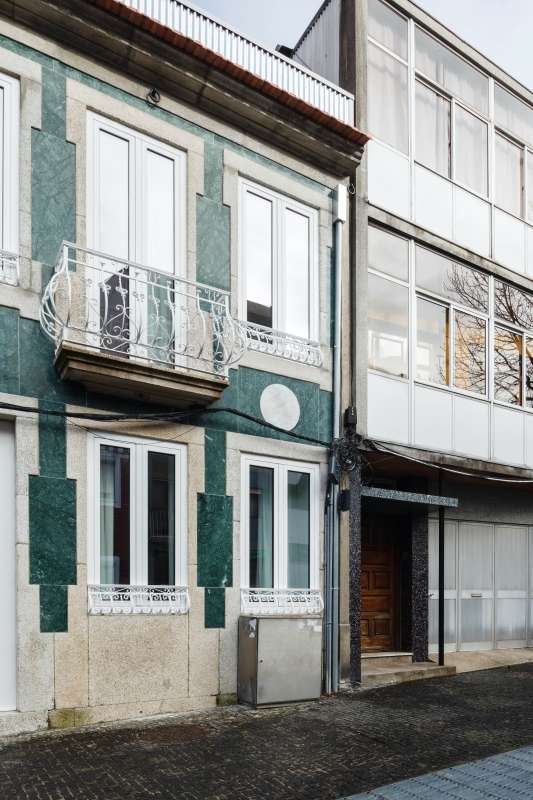 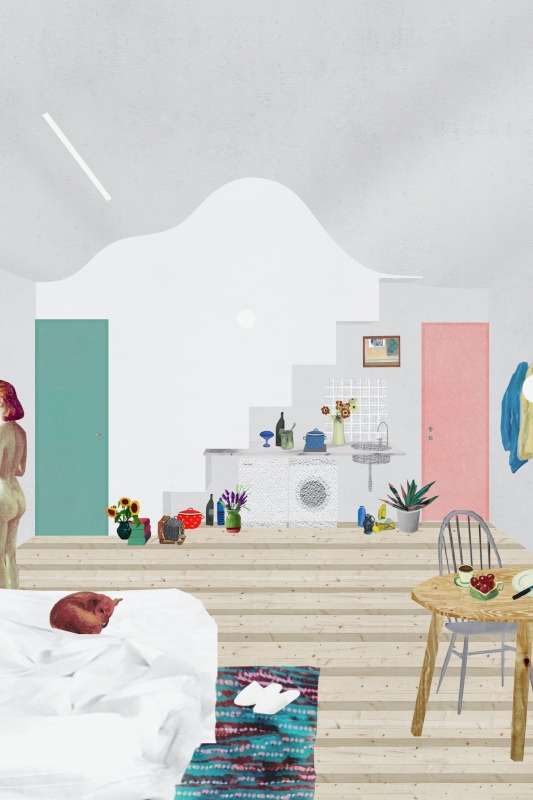 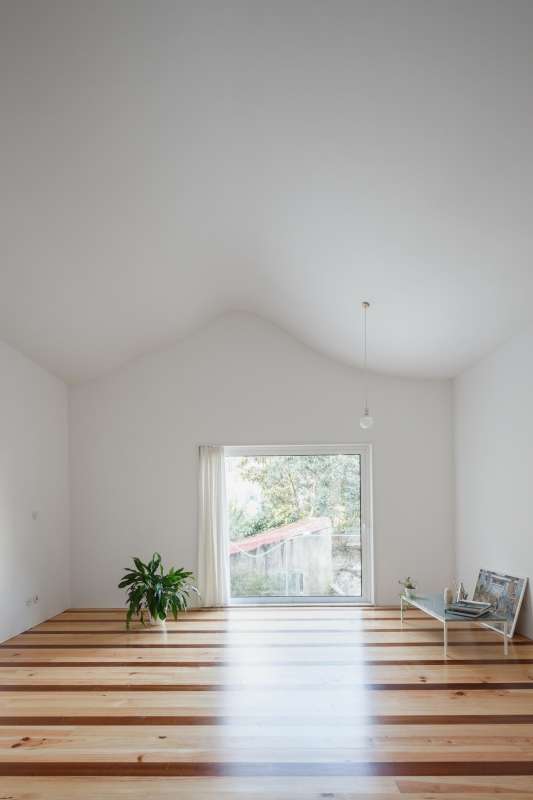 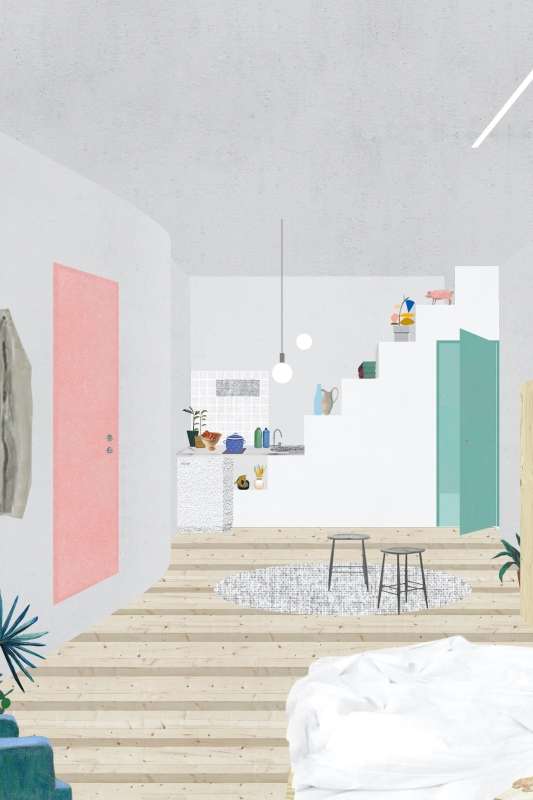 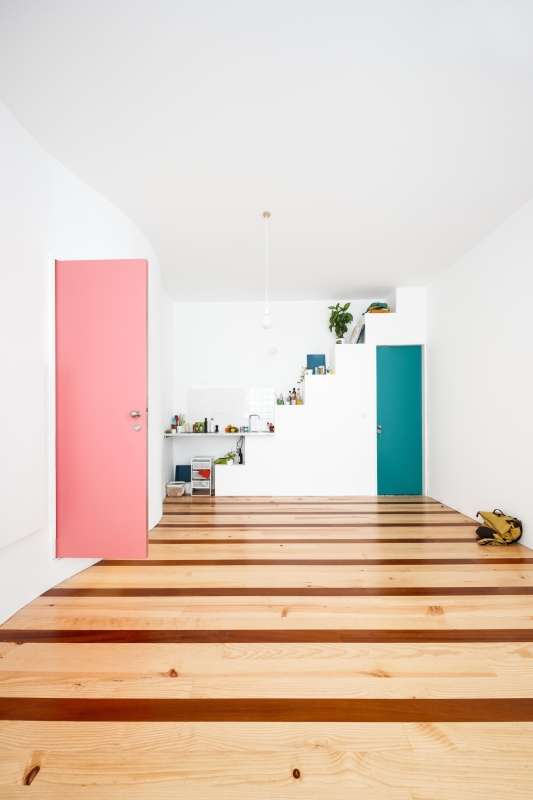 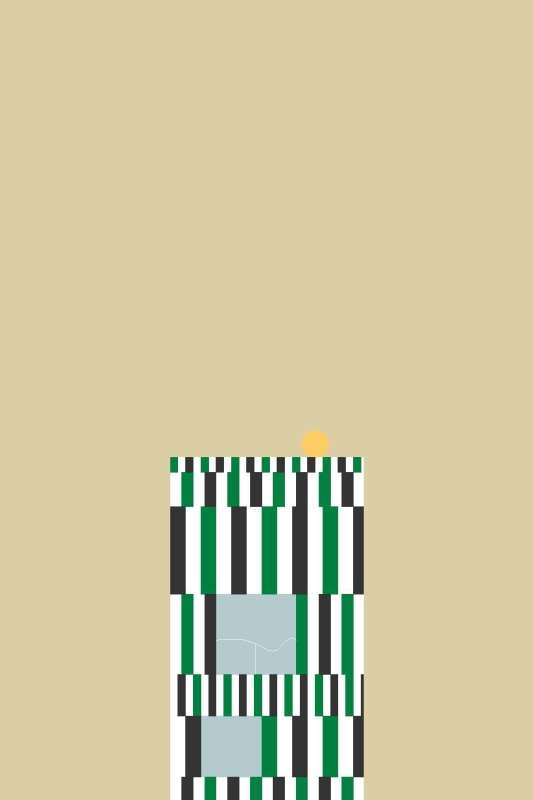