Houses For Elderly People In Alcácer Do Sal 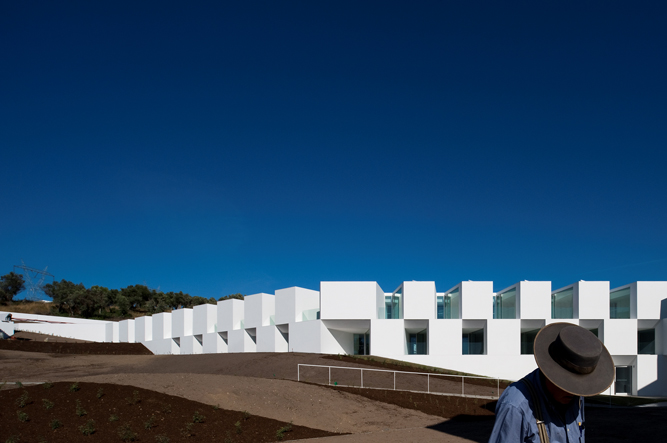 The architects’ starting point was to define the issue between individual and community space in this kind of building. Assessing the program of an elderly home, the architects wanted not only to work on the social spaces but also to design high-quality private rooms for the individual.

It is a program somewhere in between a hotel and a hospital, that seeks to comprehend and reinterpret the combination social/private, answering to the needs of a social life, and at the same time of solitude.
— Francisco and Manuel Aires Mateus

Treating the private spaces not only like rooms but as independent houses, volumes or units, they seem to literally combine on top of one another, along with their empty terrace spaces, into a unique building. The final form or project composition responds almost literally to the architects’ statement on the importance of the individual spaces.

Each room, or “house”, opens to its own private terrace. This feature allows residents to enjoy the open air in privacy, while at the same time providing effective solar protection from direct southern sunlight. The light is reflected on the white walls before arriving into the rooms. The final form is a clear combination of the void/built sequence of every house:

Independent units aggregate into a unique body, whose design is expressive and clear.
— Francisco and Manuel Aires Mateus

The combination results in a long, swinging and turning building that runs along the southeastern limit of the Santa Casa de la Misericordia site, similar to a perforated wall that encapsulates and defines new open spaces.

The building, a designed path, is a wall that naturally rises from the topography: it limits and defines the open space, organizing the entire plot.
— Francisco and Manuel Aires Mateus

Aires Mateus has not only developed the building, but also the open spaces and gardens, managing the connections to the existing facilities and buildings of the complex.

Using the site’s topographical difference, the long building seems to rise from the highest level, growing in height up to three floors on the lowest level of the plot. Along its pathway, the indoor/outdoor relationship is boosted with constant openings and direct connections. On the ground floor, recreational and common areas — reception, social rooms, dining, kitchens and technical areas such as locker rooms — are all distributed. Upper floors are used for the private bedrooms, individual or double, as well as some social interaction areas.

The predominance of white responds to the ultimate purpose of refracting the lively southern light into the building while avoiding direct sun. The details reveal, in a positive sense, the building’s pragmatic constructed reality: standard concrete structure, brick interior walls, plastered and painted in white, inverted flat planted roofs, double-glazing windows with blackout curtains, white marble or vinyl floors. And that’s another success — even after the apparent complexity and contemporary effect of independent boxes on top of each other creating a building, it is still solved with basic materials.

In 2013, this project was one of only five finalists for the European Union Prize for Contemporary Architecture, the Mies van der Rohe Award. It is not the first time that Aires Mateus e Associados has been selected for this prestigious recognition, alongside several other awards and prizes. In 2010 the practice won the Spanish-Portuguese FAD prize for temporary architectures; Aires Mateus has since become an architectural reference in Europe, with projects widely published all over the world. 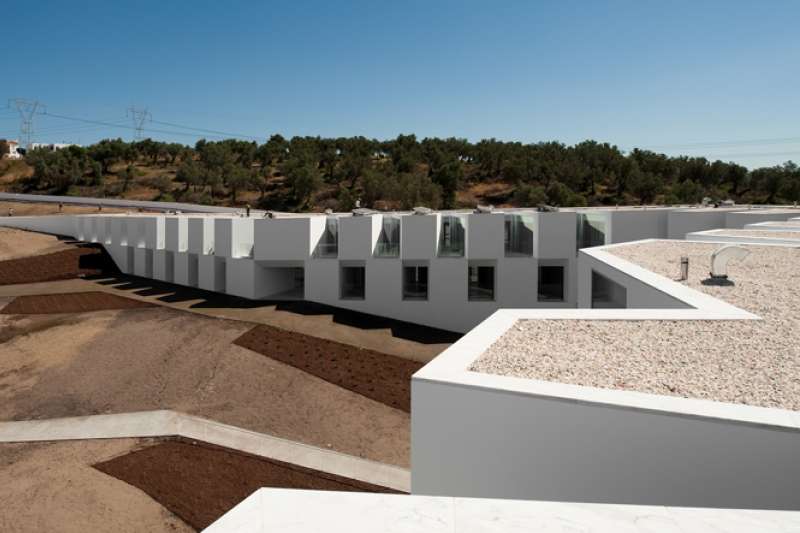 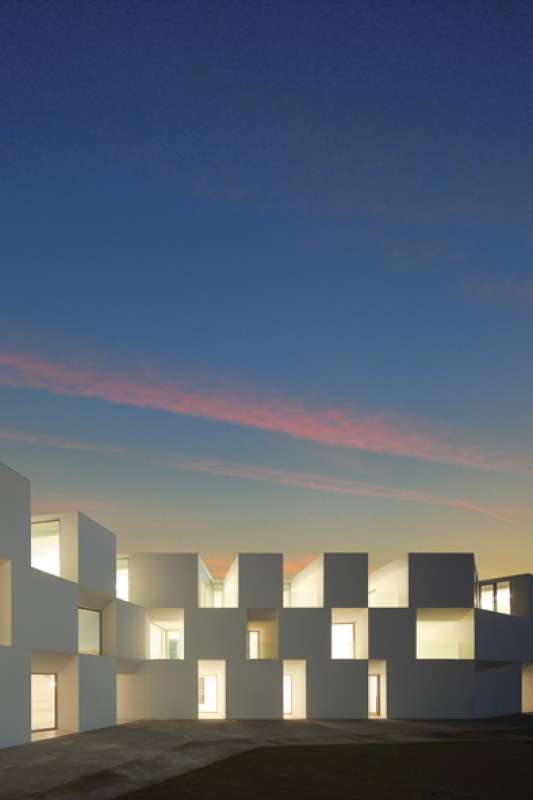 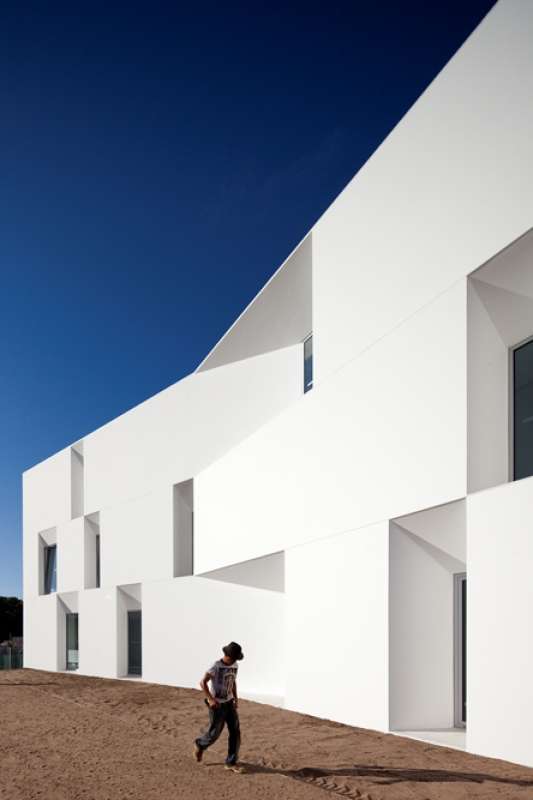 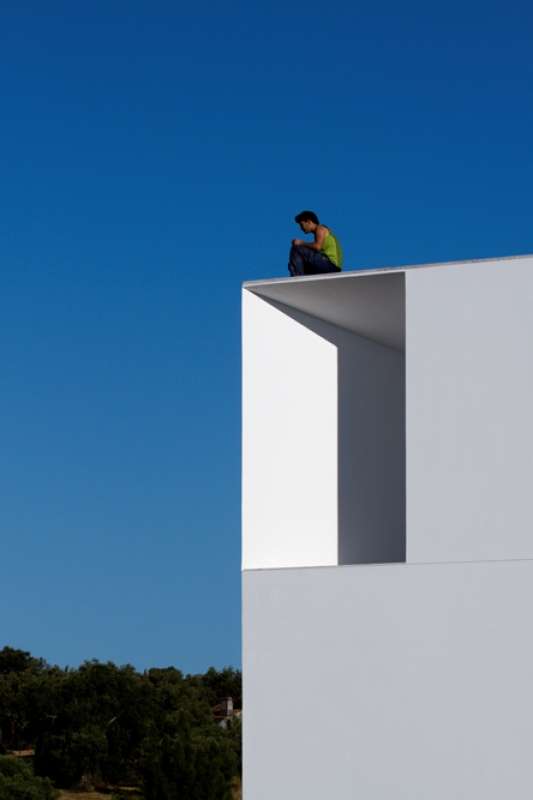 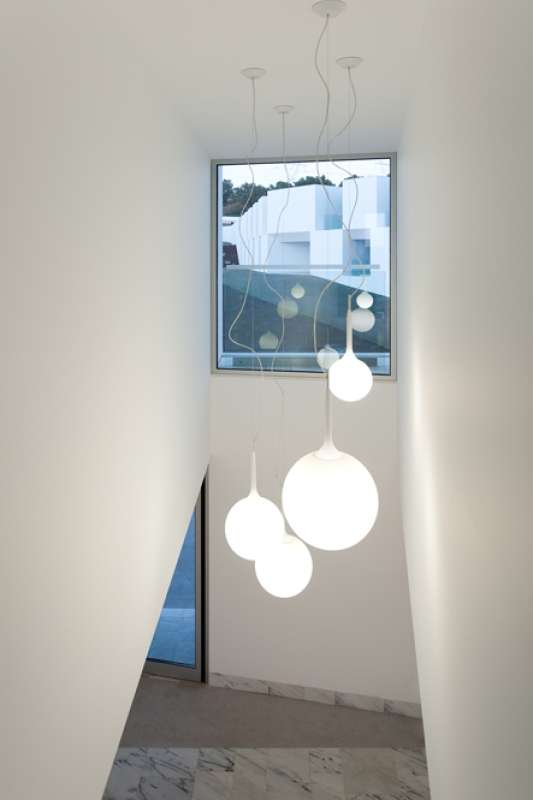 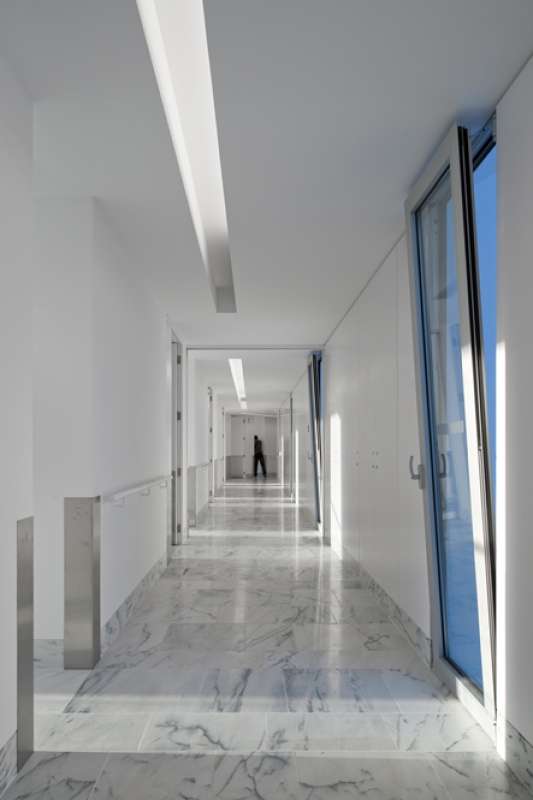