A large group of people over age 60 have come together in a new form of community for seniors at Grønttorvet in Valby, setting a new standard of living in a new district.

From a distance, Grønttorvet resembles something most Copenhagen residents have gradually become accustomed to. High cranes standing alongside concrete elements that shoot up like mushrooms and which eventually are clad with roofs, windows and traces of people living new lives in a somewhat foreign new district.

But Grønttorvet already looks like a Copenhagen neighborhood with a long story behind it.

The buildings are close-set, and there is just as much concrete and as many prefab windows as in any other new urban district. But even more noticeable is the work of hands with brick, with patterns and mortars in variations you only find in the city’s old canal districts in such detail.

It is interesting to see what classic craftsmanship, as that practiced at Grønttorvet, can do for a modern city. Even with giant construction sites everywhere you look, the district already has that special urban character distinctive to dense urban areas, where you never can tell what you will encounter when you turn the next corner.

Compared to its neighbors, Kamelia Hus appears somewhat anonymous from the outside. Quite the opposite of its interior layout. It comprises 49 units for singles and couples aged 60 and over who would rather share common areas, gardens and workshops than occupy a whole lot of space alone in some anonymous housing unit.

This tendency among seniors seems to be gaining momentum across the country, and more and more are moving into new co-housing communities. However, with its Grønttorvet location, Kamelia Hus is probably the most urban of them all.

Grønttorvet is still cut off from the rest of Valby and, with the exception of a few small allotment garden societies nearby, the area is mostly dominated by industry and large home improvement stores. Still, there is much to discover in the area by venturing out in the newly paved narrow streets, where the many patterns and types of brick can be admired on closer examination. 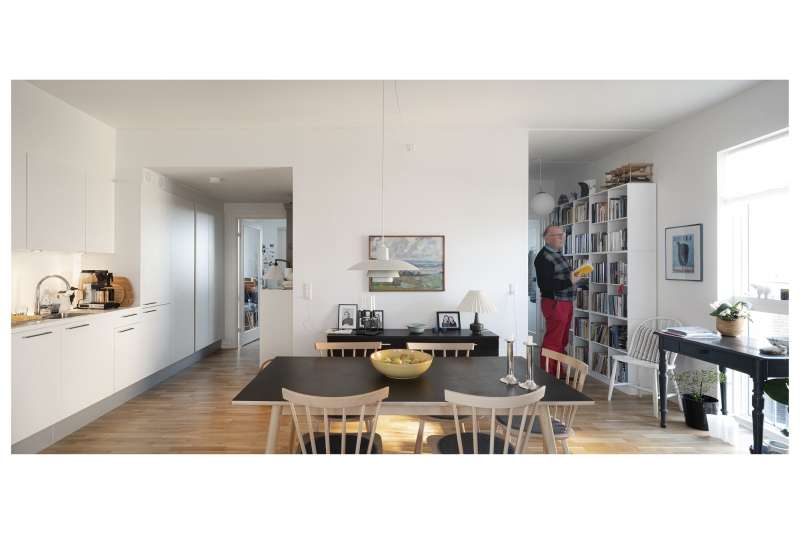