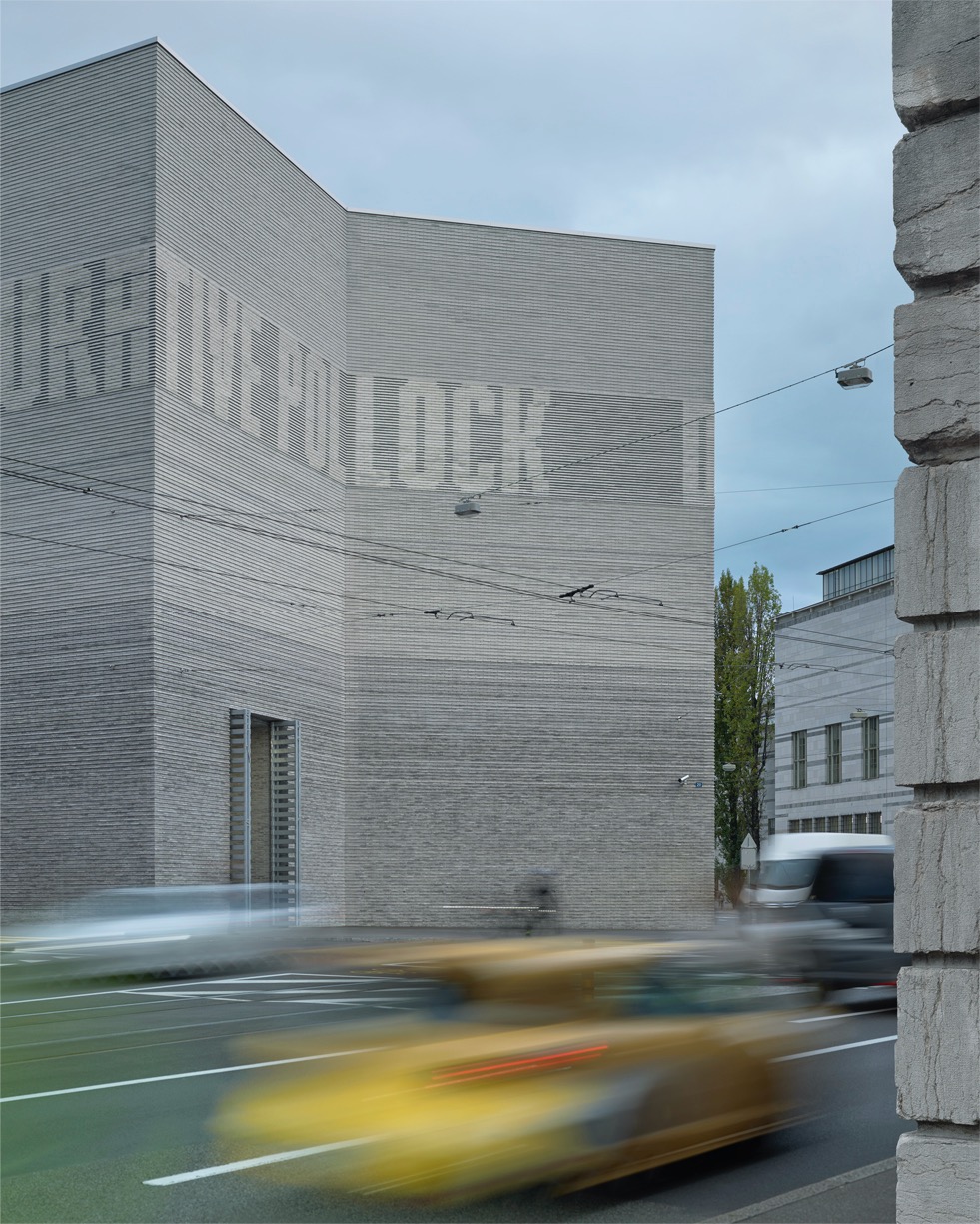 Surprising juxtapositions of material and form define an architecture that seems both archaic and boldly contemporary, characterized by the digital frieze that animates its monumental facades.

Competing against the likes of Tadao Ando, SANAA and Zaha Hadid Architects, the relatively junior practice of Christ & Gantenbein was selected in 2010 to design the new extension to the Kunstmuseum Basel – one of the most important and varied art collections in Switzerland. The brief called for 3,000 square meters of new gallery and events space, with the site adjacent to but separated from the main building by a busy road.

Christ & Gantenbein’s design initiates a dialogue with its counterpart, rising to the same height and reflecting window datums and materialities while asserting its arrival as an independent and emphatically contemporary entity. The building sits at the intersection of five streets, with an inverted corner marking the museum’s entrance and embracing the junction. The folding of this corner allows the entrance to align with the arcade of the main building but also to respond to sightlines along the multiple routes that converge at its forecourt.

The significance of this entry is emphasized by the solidity of the rest of the street facade – a continuous mass of uninterrupted and unadorned brickwork, only punctuated with a delivery entrance that is usually screened by a galvanized steel shutter. Determined abstraction runs throughout the project, with the removal of unnecessary elements allowing for the accentuation of specific and considered moments; an entrance, a handrail, a threshold.

The gray brick facades are monolithic, self-supporting volumes, expressing a continuous horizontality through their use of elongated, four-centimeter-tall bricks. This is enhanced by subtle color variegations and brick courses that alternate between receding and projecting, affording the building a seemingly timeless presence. Echoing the language of the main building, the facades hint towards the classical tripartite order of base, middle, and capital, expressed in the varying shades of gray as well as the illuminated frieze.

This three-meter-high LED frieze encircles the building, disrupting its archaic expression by allowing for text and graphics to move in procession across the brick facades. Concealed within the grooves of the frieze blocks, strips of LEDs illuminate recessed bricks — a contemporary reinterpretation of the archetypal frieze. Here the building becomes animated and glowing, communicating with the city in a language that feels somewhere between timeless and novel.

The juxtaposition of archaic materials with contemporary elements is at play throughout the building – a monumental marble staircase is accompanied with a galvanized steel handrail, deep masonry reveals hold light metal shutters – and these contrasts heighten awareness of the building as a composition of clearly articulated and occasionally conflicting components. Rough scraped plaster leads to whitewashed gallery spaces, with industrial parquet oak flooring and prefabricated, sandblasted concrete ribs spanning the galleries.

The gallery spaces are orthogonal in plan and of generous proportions, following the ‘classical expectations of what museum spaces should be like: serene and restrained, agreeably proportioned, and made of timeless materials. These are spaces that allow art to take center stage.’ Whilst this does little to challenge the persistent gallery typology of white walls and high ceilings, it does so with a quality of construction and composition that is hard to object to.

The various gallery spaces are connected vertically by a monumental staircase, illuminated from above by a large oculus. It is here that circulation becomes a spectacle in its own right, with veined Bardiglio marble sweeping through the building amongst a vast cave of gray tones. This leads to a connection to the main building beneath the street, which is less of an underpass and more of an enfilade of large and generous rooms, providing space for a diversified program of events and activities whilst uniting the two buildings as a single museum.

Christ & Gantenbein have taken inspiration from the original Kunstmuseum building, echoing its color palette and formal arrangement whilst marking its distinction through asymmetry and abstraction. It is this skillful play of both sensitivity and originality, or subtlety and audacity, that makes the new building such a worthy addition. 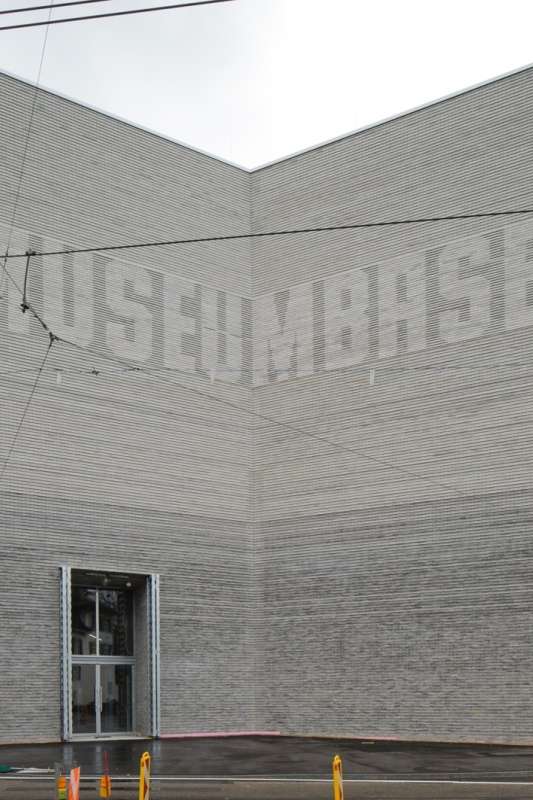 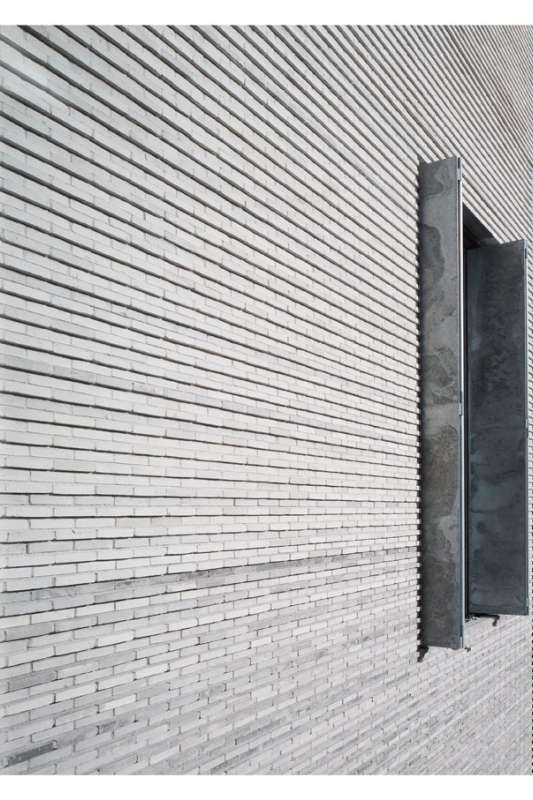 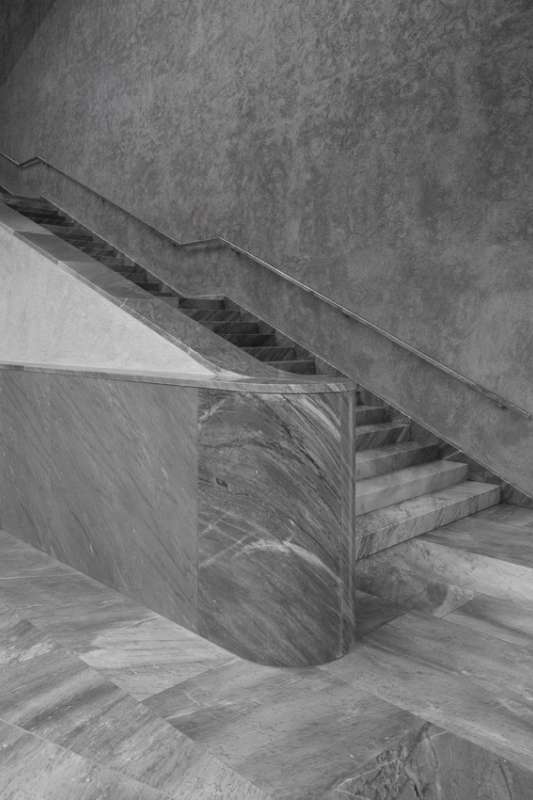 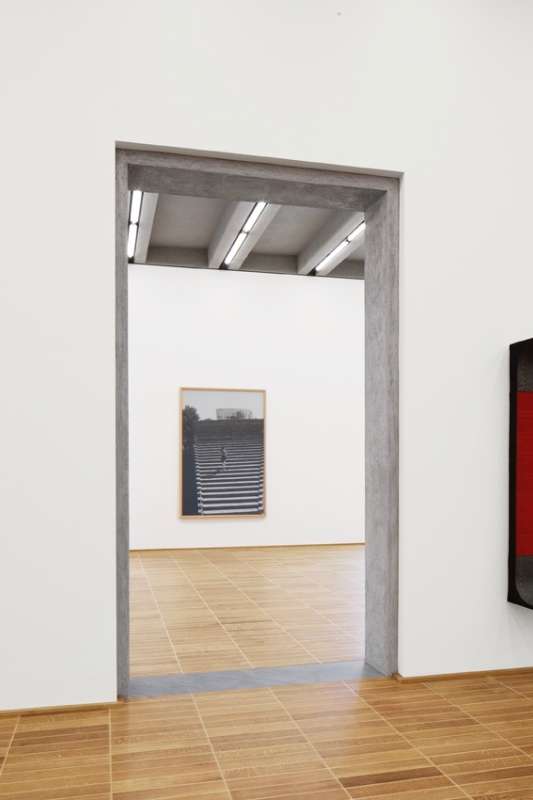 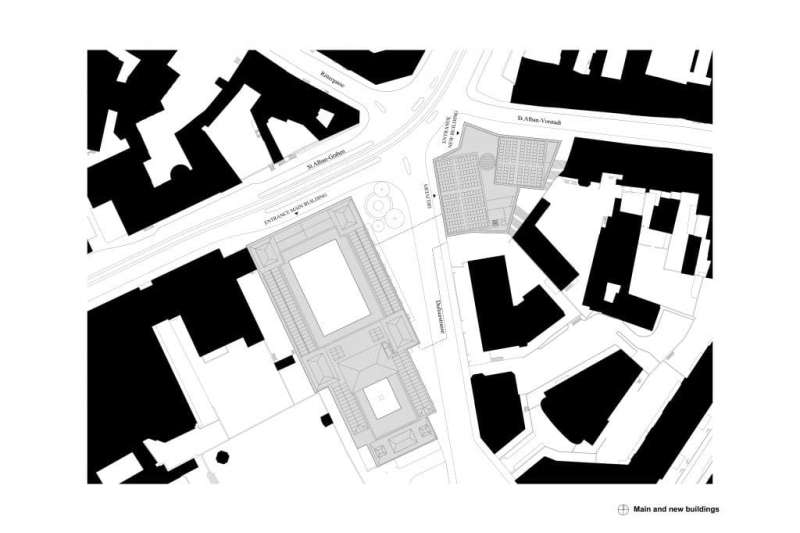 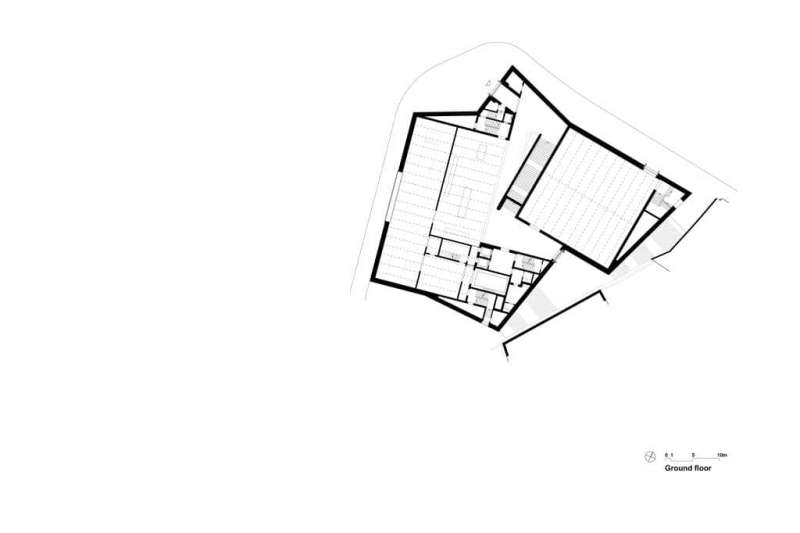 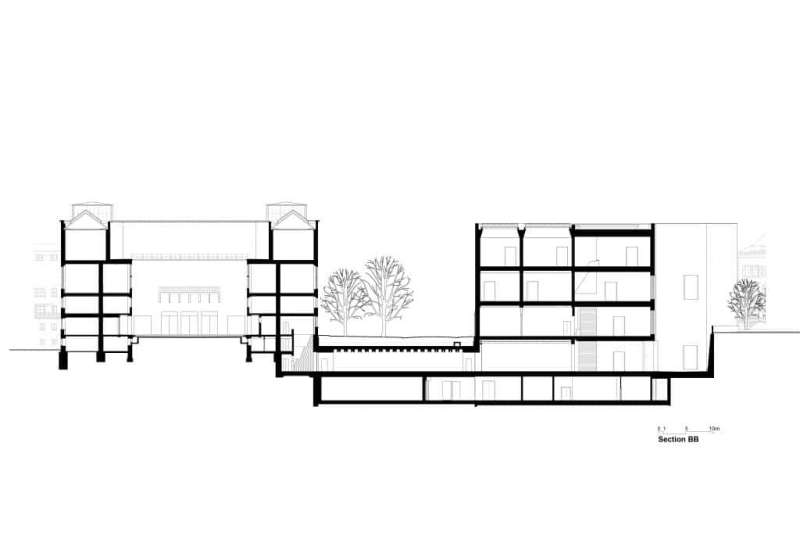