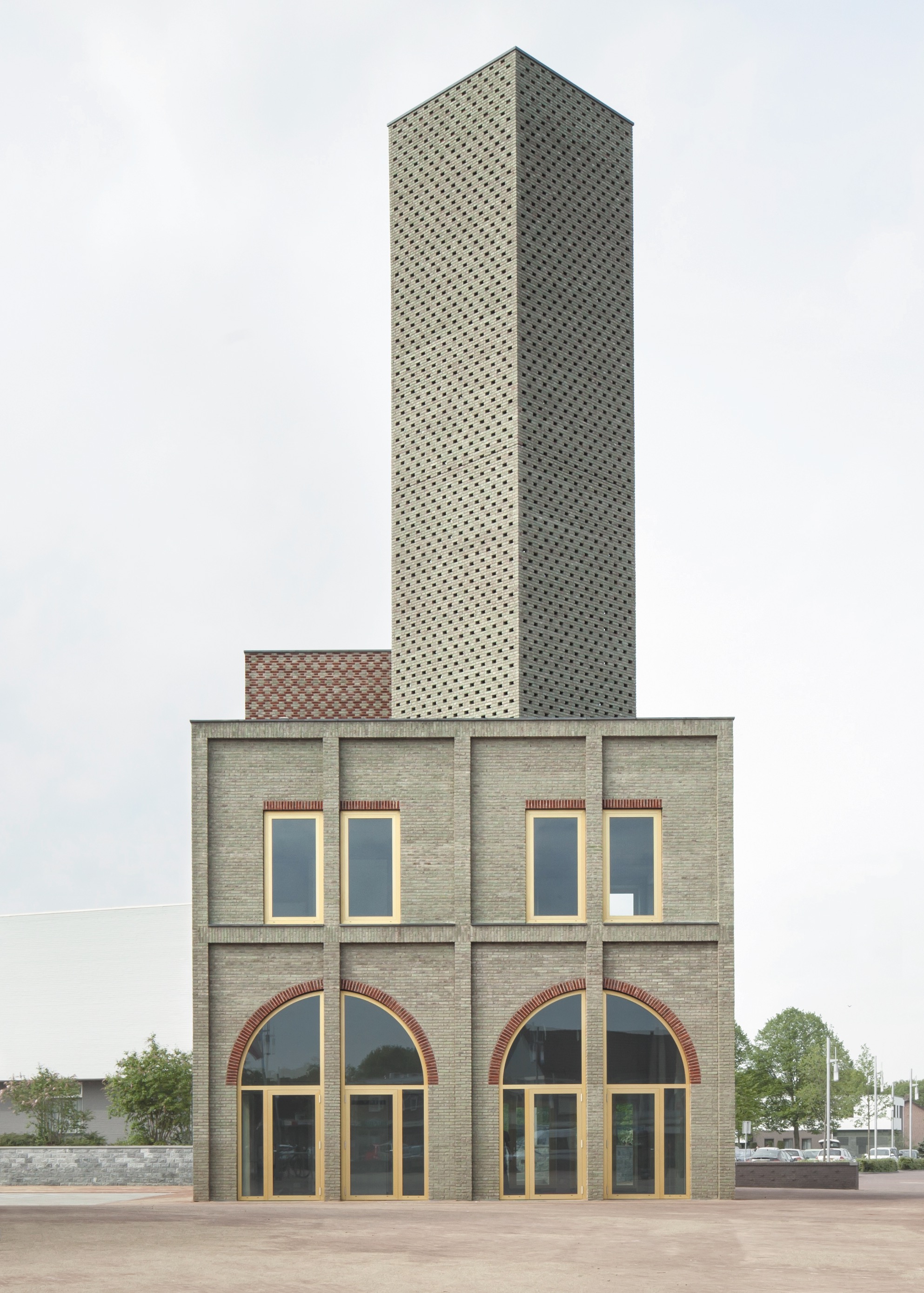 Seen from the periphery of the Dutch town of Nieuw Bergen, the ‘Landmark Tower’ by Monadnock Architects forms the missing piece of the village silhouette, a modern beacon for the communal precinct within.

Zoom in even further and it becomes a tactile, functional and welcome aggregate condition for the village’s main market square. Within the northern landscape of Netherlands, almost every village can be identified from a distance by the prominent silhouette of its church tower or significant building. Nieuw-Bergen was lacking such a structure to mark itself within the landscape and define its communal, collective space.

As part of the Nieuw-Bergen Village renewal plan, a space was dedicated in the main square, which primarily acted as the town’s central market place throughout its history. The location of the Landmark Tower by Monadnock Architects is sited within this square, forming a new nucleus at the centre of the village. Referred to both as a ‘landmark’ and an ‘abstract’ tower, it seeks to celebrate conditions already present in the village, drawing relationships to the existing and imparting a new one from the periphery. Through this design the building examines themes of the contemporary and of tradition, while exploring constructive logic and symbolic representation.

The design of the ‘landmark’ can be separated into two parts” the platform and the object. Performing from multiple depths, it operates both up-close and tangibly, and as a distant symbol.

The platform, defined by the scale of the surrounding masonry buildings, accommodates a catering facility such as a bar or restaurant — a feature that supports the pedestrian nature of the square.  Its appearance and form both play on local and historical peculiarities of the architecture present in this (and other local) villages. It demonstrates a more scaled response to the size of the square and the surrounding infrastructure. Appearing more like a house and clad in a combination of green-washed and red bricks, it mimics the traditional openings and thresholds of brick construction. Contrasting the colour of the bricks, a modern treatment of gold-finished aluminum has been applied to the framing of doors and windows. This tectonic language, together with the orthogonal connection to the rest of the town, embeds it in the conventional and recognizable.

Above the decorated base and intimate surrounds, two abstract volumes are placed with and against the orthogonal grain. The larger volume is constructed with a Brazilian bond; its monolithic nature is punctuated by small openings that allow light to shine out from the building in the evening, fulfilling its function as a beacon to the village community. Influenced by the typology of historical Dutch trade buildings — characterized by specific proportions and usually found ringing the medieval market squares of Dutch cities — this particular reference is instrumental in formulating the ambivalent status of this building. ‘After all, the building is not a church, nor a town hall, but is intended as a representation of the collective.’ Beyond its symbolic representation of the collective as object, it offers views of the surrounding nature reserve framed by the angle of the upper volume.

From the site plan one sees a move to align its two volumes in an unorthodox way, pointing to different path approaches converging on its central position. Appropriately, entrances are placed within the protruding brick grid of eight bays, allowing one to pass through the building. The communal offering of a catering facility then opens to a spiral staircase, which leads one to the closure of the smaller volume atop of the platform. Exiting here allows more intimate views of the market square from the rooftop. From there an additional spiral staircase leads one up the prouder volume to the viewing platform at its peak. The internal finishing of the construction within the largest volume contradicts the clean crisp finish of the exterior.

The architect’s intention was to ensure that the building should remain accessible, approachable and touchable while being read as a landmark and monolithic object from a distance. Combining the ethos of both Venturi and Rossi, the building is almost read as a folly from a distance, while achieving intimacy at street level through the patterning, cement wash and shapes on the bricks, revealing hidden patterns upon closer inspection. The building functions as an emblem of the village with its simplistic, robust and clear form ,yet it shows how its size and robustness can be scaled down by its materiality, simultaneously enlivening the façade and construction depending on the role of the user and observer.

The ‘Landmark Tower’ by Monadnock Architects shows a construction, design and detail that allow this piece of architecture to be understood from multiple approaches. At the periphery it forms the missing piece to the silhouette of the village; further zoomed in, it modernises and becomes a beacon for the collective and communal precinct within; and finally at eye-level it becomes a tactile, functional and welcome aggregate condition for the main market square in the town of Nieuw-Bergen. 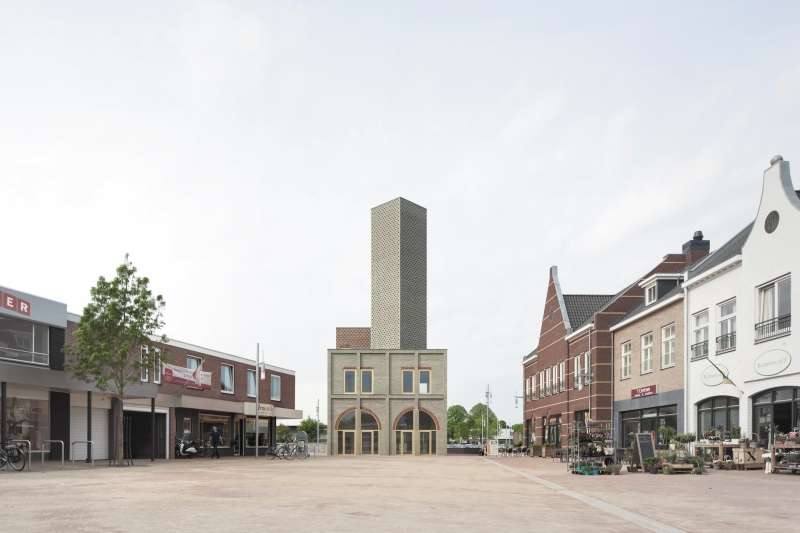 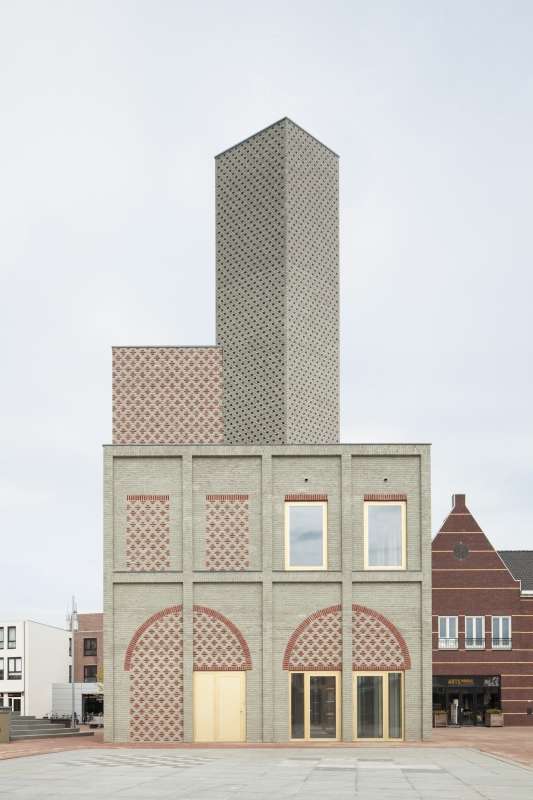 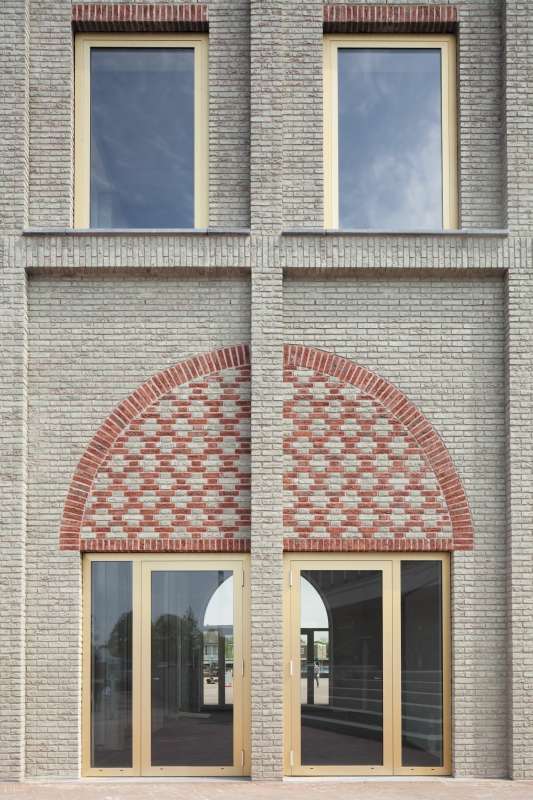 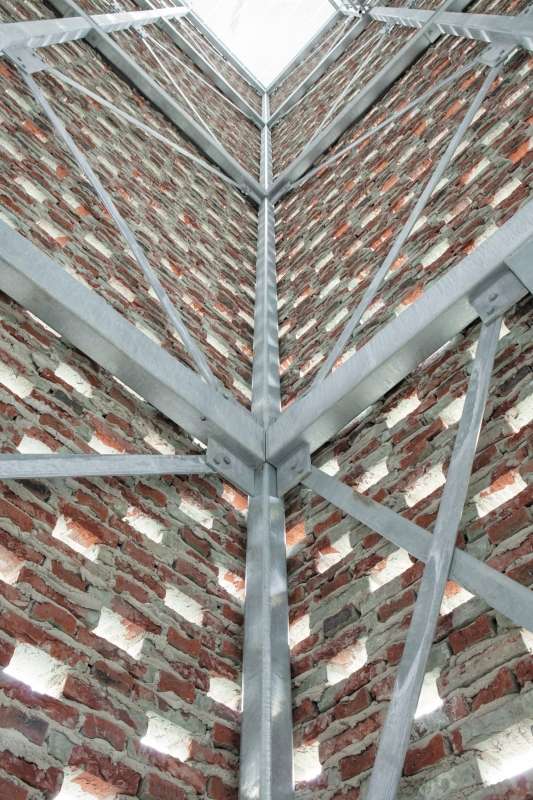 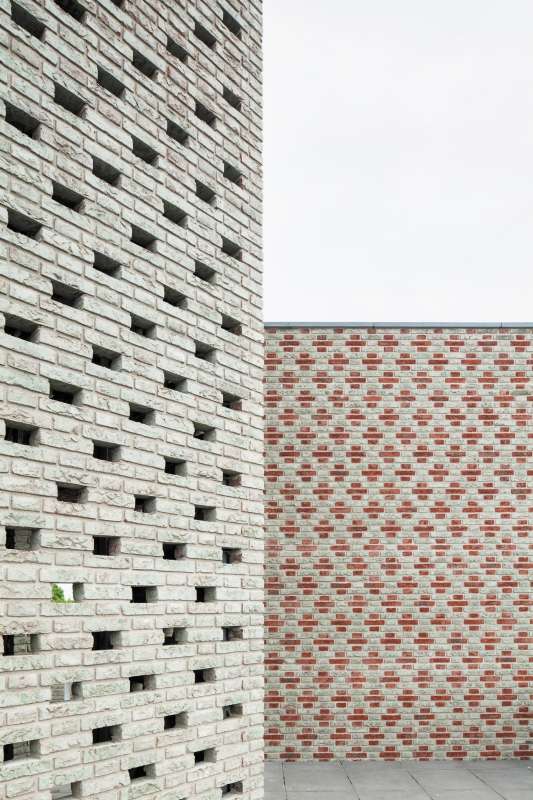 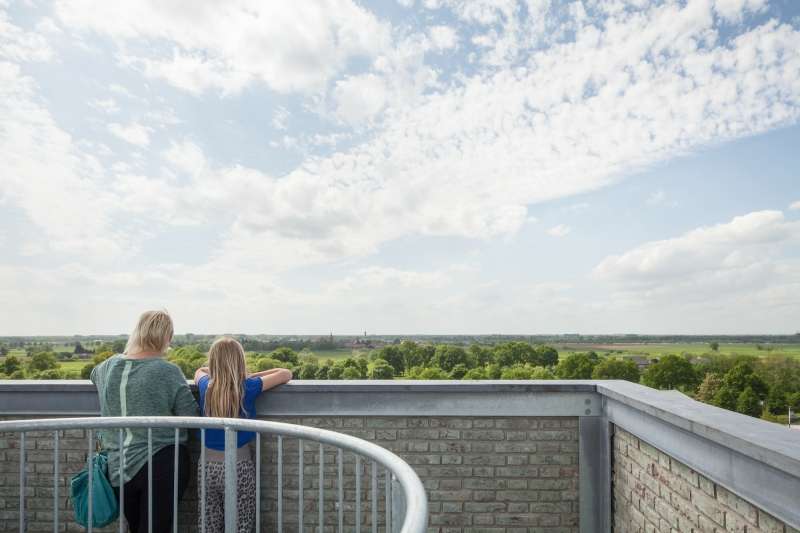 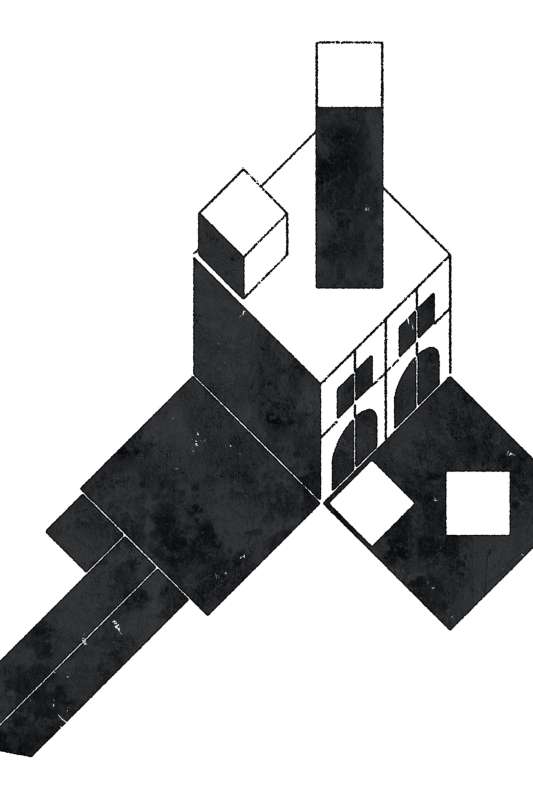