Medical institutions are spaces in which many people will spend some part of their lives; despite this, traditional hospitals and care centers are often described as sterile, cold and impersonal.

Fluorescent lights, long corridors, and uniform spaces are a result of attempting to increase efficiency in places that aim to prolong life. Unfortunately, this has come at the cost of human experiences and interactions that are arguably more important when it comes to healing or preparing for death. In response to this, EFFEKT has designed a cancer counseling center in Næstved, Denmark, that aims to place these human interactions and sensory experiences at the center of spaces made for care and recovery.

Livsrum, or ‘Life Space’, is appropriately named, addressing the multiple layers of life and living by incorporating various functions into the care center that allow for both social interaction and privacy in spaces that are more home-like than they are institutional.

Two of the main contributors to Livsrum’s open and welcoming space are the central courtyards, around which seven small ‘village homes’ are placed. This design decision arose out of a necessity to buffer the sound from surrounding streets, but the outcome produced far more positive effects than just a quiet and calm space. All seven ‘houses’ face at least one of the two inner courtyards, allowing for a large amount of daylight and fresh air to enter the interior rooms and resulting in a warmer and less isolating environment. In addition to this, visitors are provided a view of some greenery from all spaces in the building, which research has suggested can improve health outcomes. They are often used for communal and recreational activities, offering visitors outdoor spaces that are open and connected to nature while still feeling protected.

Livsrum’s interior spaces have been formed by the introduction of the two courtyard spaces, resulting in seven smaller buildings as opposed to one large structure. This allowed EFFEKT to logically divide the spaces up to serve their specific functions without disconnecting them from each other, but it also presented an opportunity to play with varying spatial experiences in order to stimulate visitors. Each ‘house’ has its own unique gabled roof, creating a series of differing ceiling heights and volumes to accommodate the various activities and atmospheres in the care center. The seven ‘houses’ are divided up into a library, a kitchen, private meeting rooms, a lounge, a shop, a gym, and a healthcare facility. Some of these spaces will evoke feelings of community and interaction, while others will require more privacy and autonomy. The size and height of a space can have a great influence on how intimate and safe, or exposed and vulnerable one feels, and the varying roof heights in Livsrum are an essential element in shaping these atmospheres.

The varying roof heights in conjunction with a precise selection of materials equipped the building with its own unique architectural character and typology, clearly distinguishing it from the surrounding hospital buildings.
— EFFEKT

Accompanying the access to outdoor spaces and the varying spatial experiences are of course the materials used both inside and outside the building. Livsrum’s exterior materials resemble those of a more traditional institution, as the facade is mostly clad in horizontally placed white fiber-cement boards. Contrastingly, the gable at the entrance to the center is clad in vertically ordered timber, which is reflected in the walls surrounding the inner courtyards. Wood is often used to encourage more sensory interaction, as it is soft and warm to touch, and can also emit a pleasant odor. Such stimuli are especially important in spaces designed for healing. Wood is also used for the floor as well as much of the furniture, bookshelves and the little window nooks designed for sitting and reading or socializing. It is clear that EFFEKT’s intentions are to create a comforting space that helps visitors feel at home.

Livsrum is very much in line with EFFEKT’s values as an architecture firm, as they ‘believe that architecture and urbanism are about creating a lasting positive impact on our surroundings and our planet. We, therefore, measure our projects on their impact – on the EFFEKT.’ Engaging in architecture that is made to heal, such as Livsrum is, is a statement of how we could aspire to treat life, illness, and death in our societies, and how that can change the way we interact with each other and with architecture. It is a building that will hopefully continue to impact this incredibly important discussion about architecture and what it means to be human. 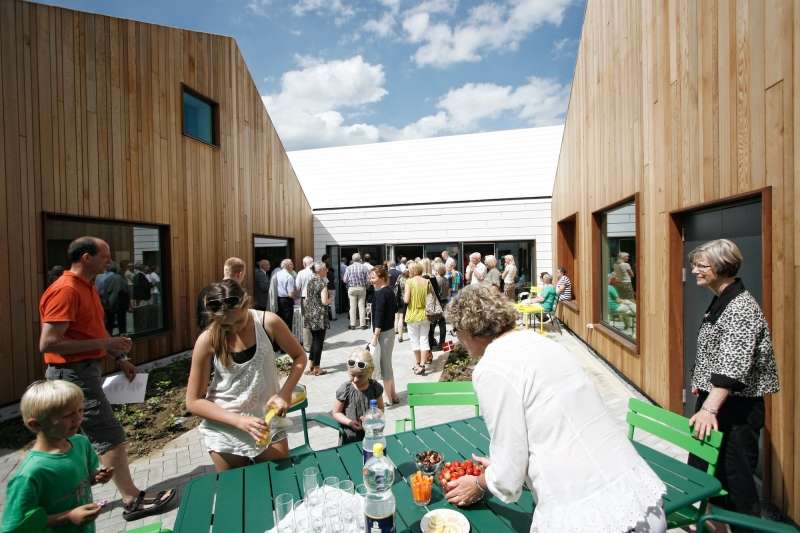 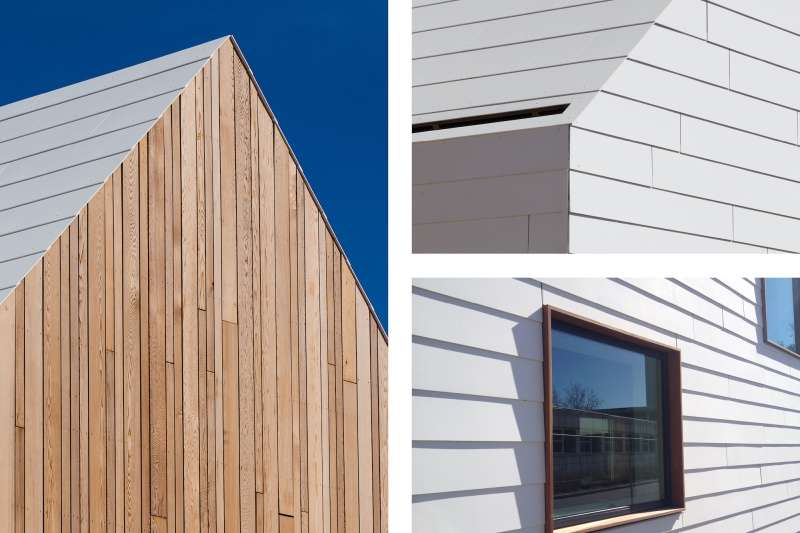 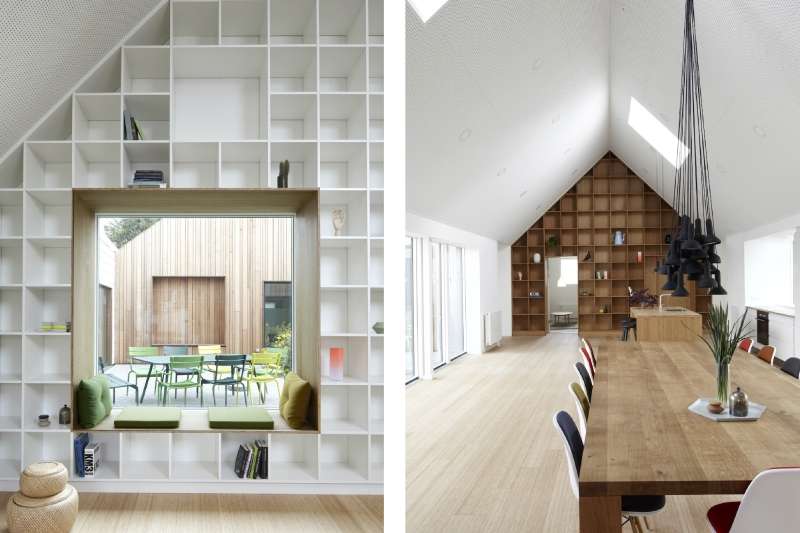 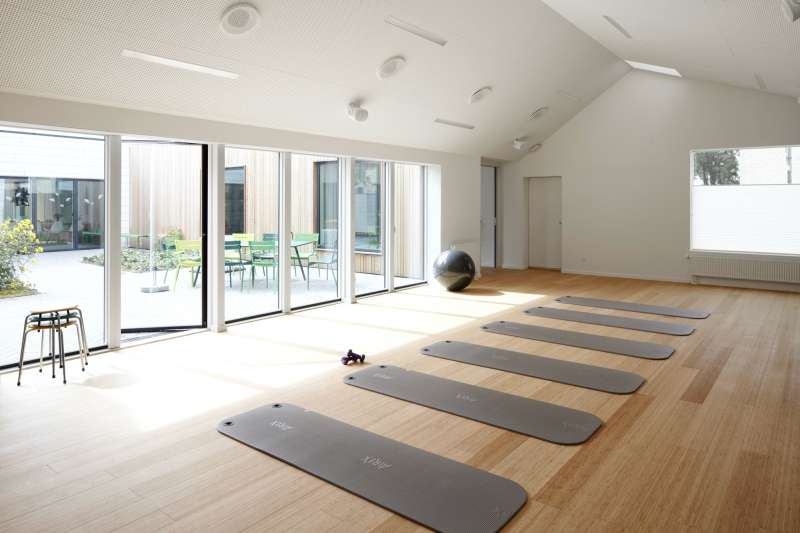 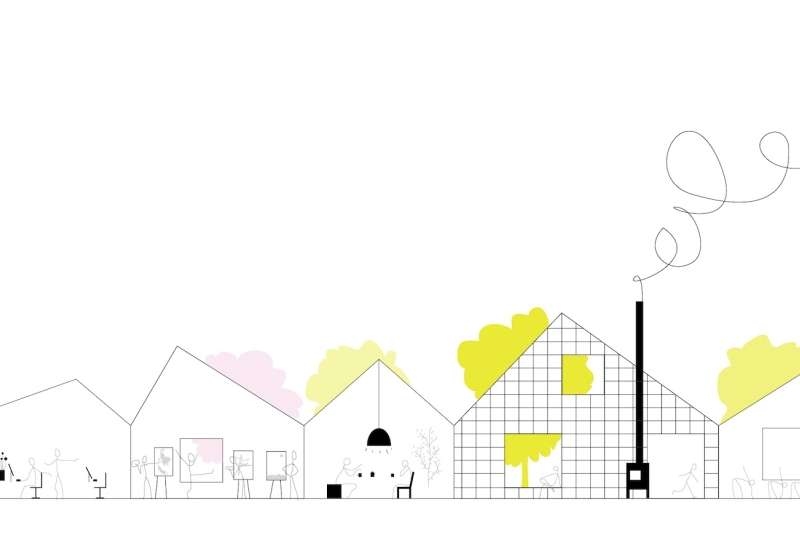 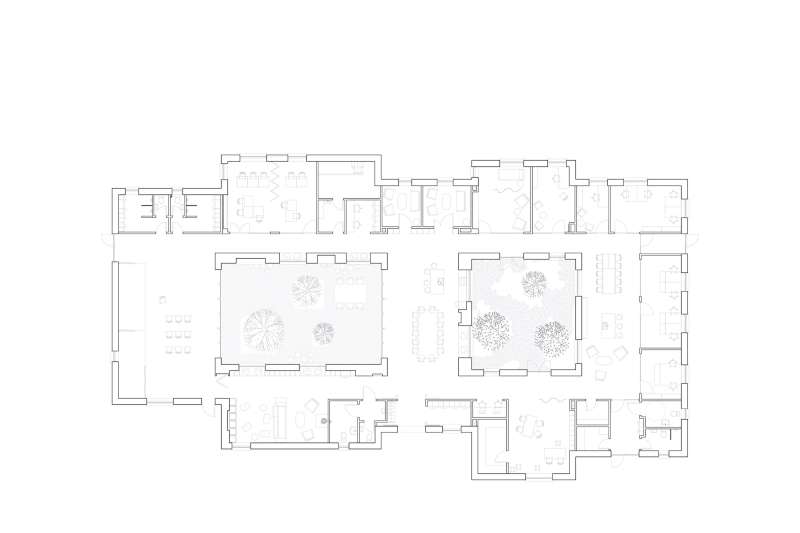 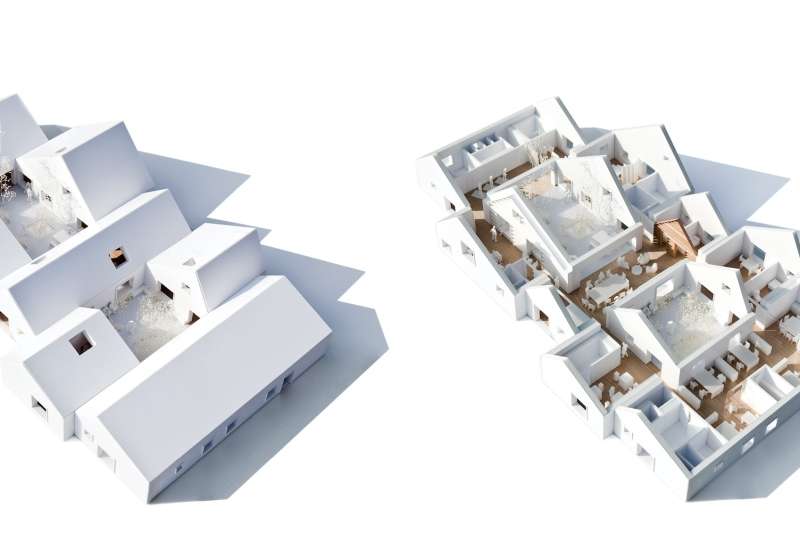