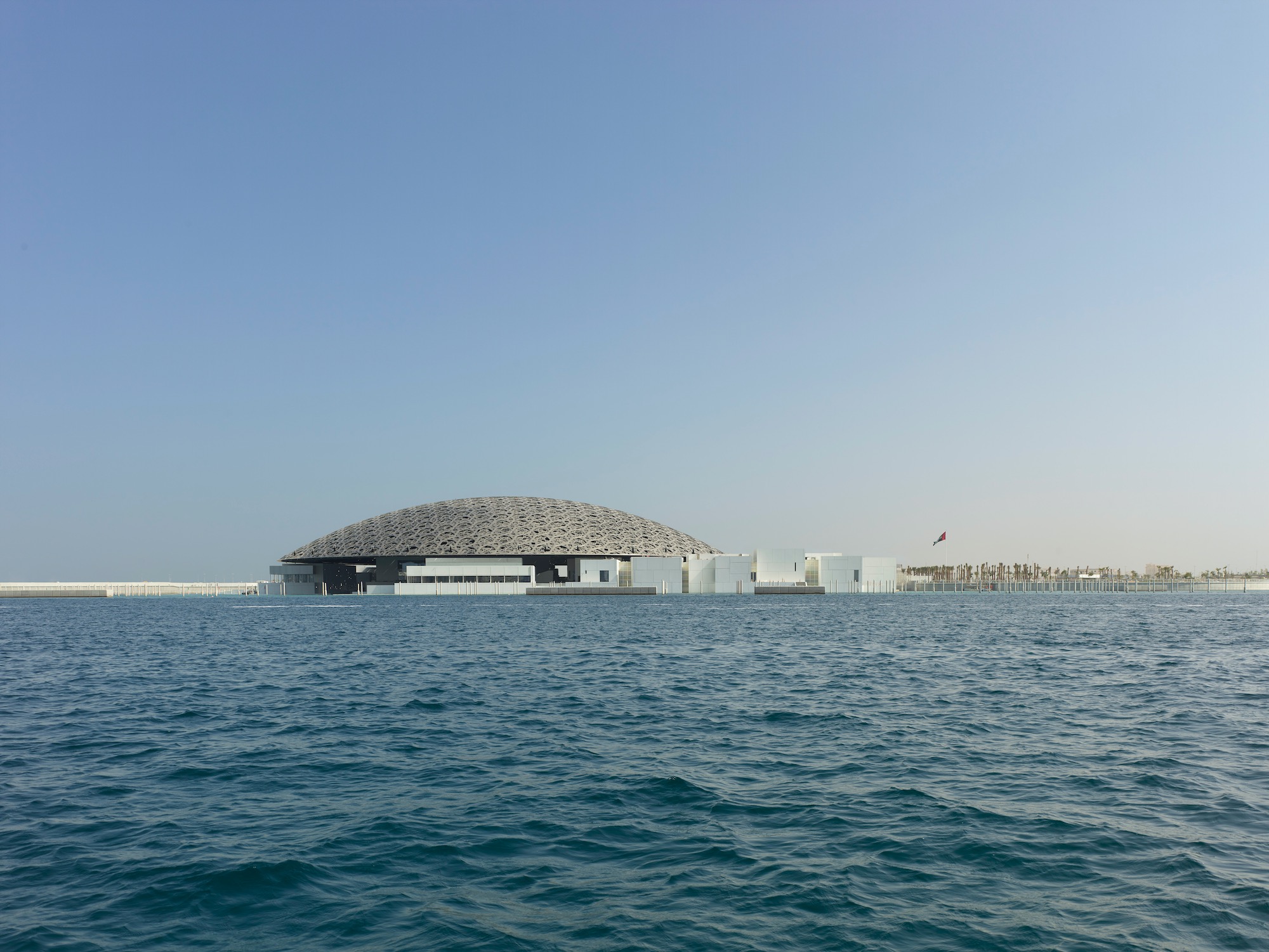 As one of the most complex building projects in recent times, Louvre Abu Dhabi by Ateliers Jean Nouvel has caught the attention of many.

Its enormous dome, drizzling light onto an oasis of bright buildings, creates an atmosphere that is hard to resist, especially in the warm city of Abu Dhabi.

The Louvre Abu Dhabi hosts a multitude of functions: permanent and temporary exhibition galleries, a children’s museum, an auditorium, storage, a conservation building, restoration workshops, public spaces, an administration building, a restaurant, a café, and a boutique. All of this is found in 55 connected buildings seemingly floating in the sea. Every aspect of the Louvre Abu Dhabi and its interiors is designed down to minute details, including custom typography, furniture, lighting and construction methods. On top of it all, the multifaceted execution of this large and demanding architectural design is located in the harsh climate of Abu Dhabi.

Addressing the region’s heat and humidity, Ateliers Jean Nouvel attempted to minimize energy and water usage while still providing a comfortable environment for visitors. The architecture incorporates passive design techniques such as the perforated shade-providing dome, the use of reflecting and light-colored materials, and exposed thermal mass in the form of a stone floor that can be cooled down in the night and stay cool during the day. In addition to these passive energy savers, the design and engineering team crafted technological interventions from an airtight, insulated building envelope to efficient heating, ventilation and air conditioning systems. These passive design techniques are a welcome respite from Abu Dhabi’s skyline of glass-clad skyscrapers, dotted with unused balconies in the often-unbearable heat.

The great contributor to this, as well as the main aesthetic attention-grabber, is, of course, the 180-meter-wide dome. Filtering sunlight through eight geometric skins separated by a seven-meter-thick construction, it mimics the atmosphere of standing below a leafy tree on a sunny day. The dome is a common element in Arabic architecture, albeit seen here in an updated version. Its perforations of light are also seen in multiple examples of Islamic architecture, from perforated walls to the geometric wooden patterns found in windows. The ‘Rain of Light’ as Ateliers Jean Nouvel calls it, is created by a geometric pattern overlaid eight times in different sizes and angles to create a variety of lighting conditions depending on the time of day. A complex meeting of shapes and light arise in ‘rare encounters’, as Nouvel puts it. At night, the dome lights up 7,850 ‘stars’ that can be seen from both inside and outside.

[Louvre Abu Dhabi] wishes to create a welcoming world serenely combining light and shadow, reflection and calm. It wishes to belong to a country, to its history, to its geography without becoming a flat translation, the pleonasm that results in boredom and convention. It also aims at emphasizing the fascination generated by rare encounters.
— Jean Nouvel

Divided into two skins, each with four layers of geometry, the dome is constructed out of four external steel layers and four internal aluminum layers. In order to assemble this massive construction, 10,000 structural components were pre-assembled into 85 ‘super-sized’ elements, which were then connected on site. With each super-sized element weighing on average 50 tonnes, the dome requires significant structural support. Despite this, Ateliers Jean Nouvel and their engineer partners managed to create the illusion of a construction hovering above the ‘museum city’. There are only four load-bearing piers, hidden within the museum buildings, supporting the 7,5000-tonne dome.

The buildings themselves are constructed out of 3,900 panels made of ultra-high-performance fiber concrete. On the inside of the buildings, the walls contain special slots that can conceal equipment needed for hanging artworks, allowing for greater flexibility. The airtight and insulated construction also means that Ateliers Jean Nouvel was able to develop a climate system within the buildings that do not deviate more than one degree from 21 degrees centigrade, nor does it alter from the 5% humidity of each room, in order to protect the artworks from the surrounding climate.

Louvre Abu Dhabi is an immensely complex building in both design and construction, not only considering the climatic factors that are so important when building in a harsh environment but also unfolding with poetic rigor the atmospheric and phenomenological aspects opened up by such a space. The building’s connections to light and water provide visitors with a necessary relationship with its natural surroundings, which is often lost when attempting to introduce a cooler environment in a hot climate: a great accomplishment on behalf of Ateliers Jean Nouvel. 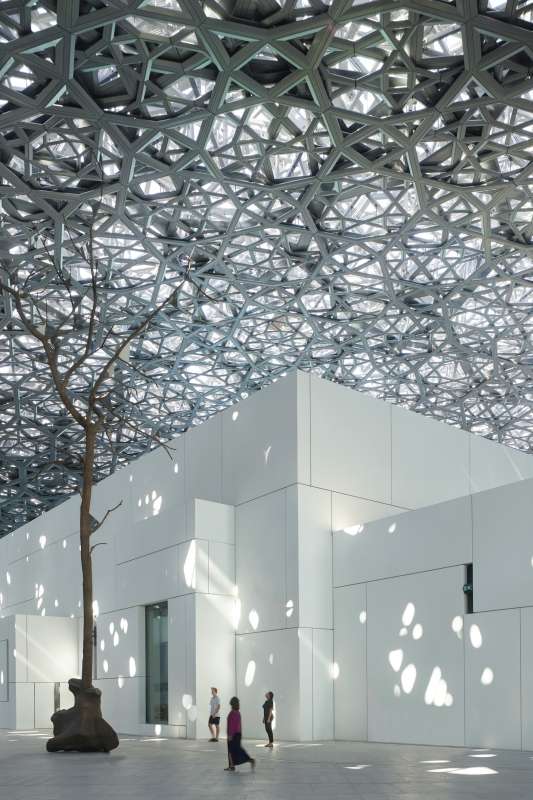 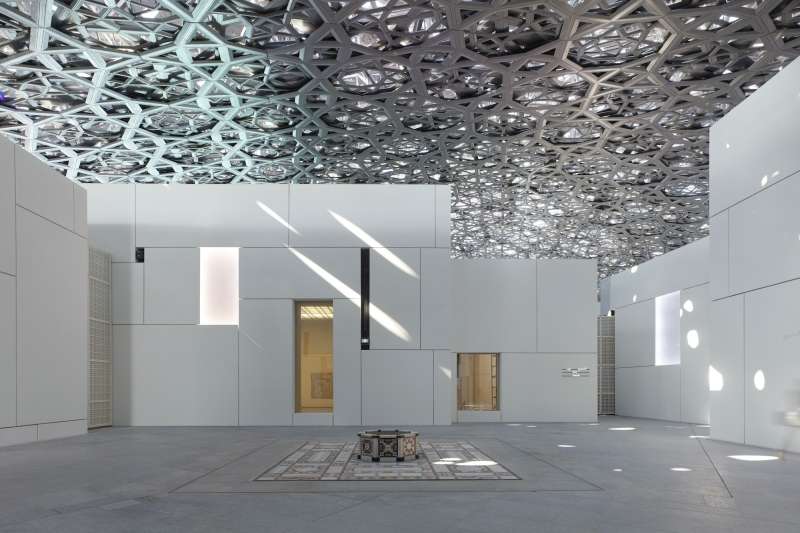 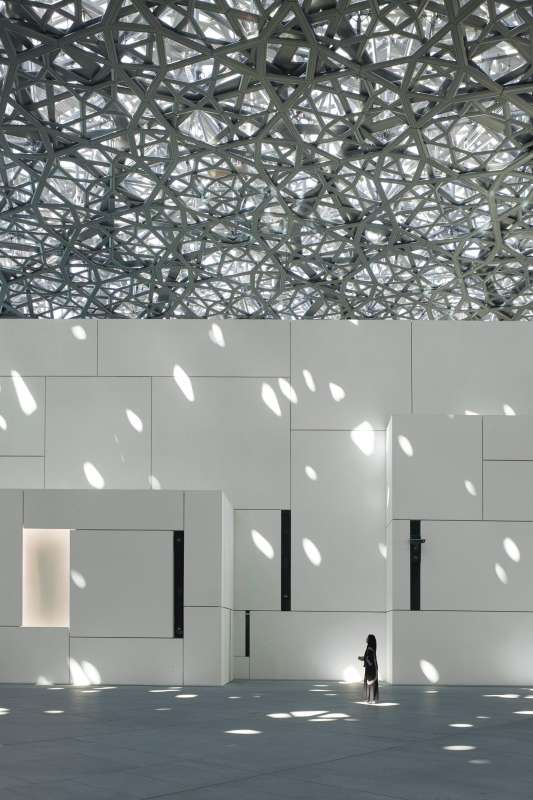 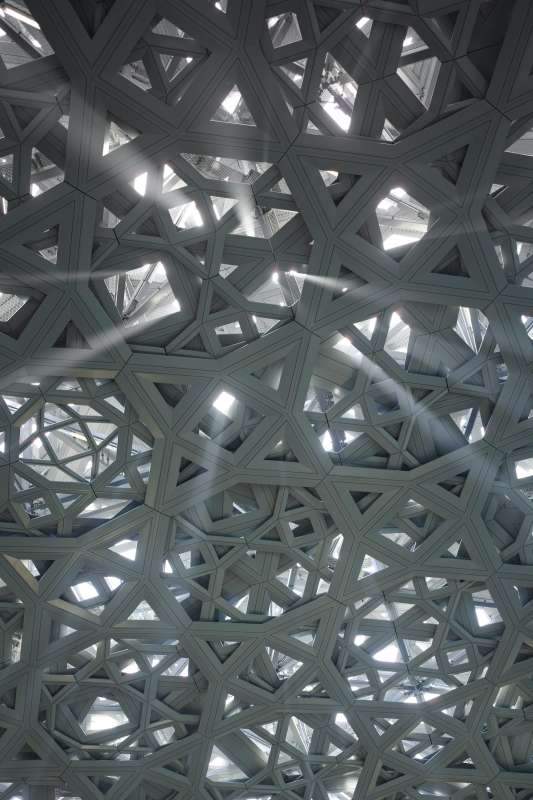 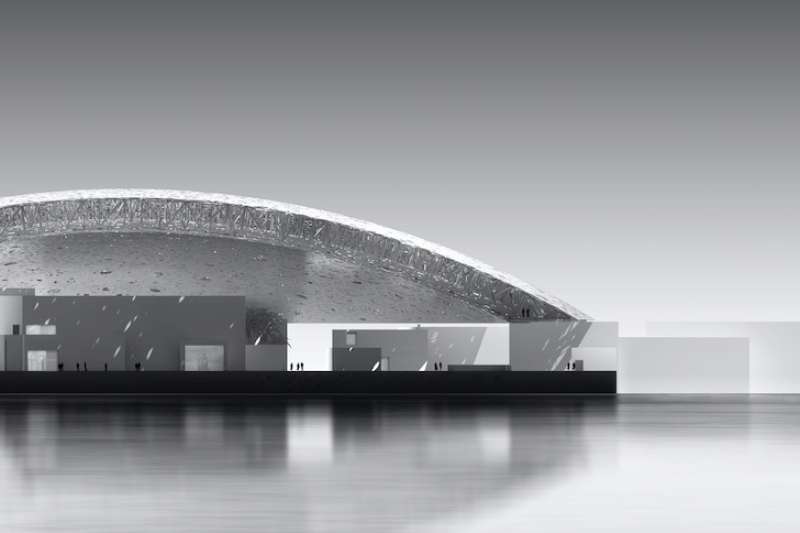 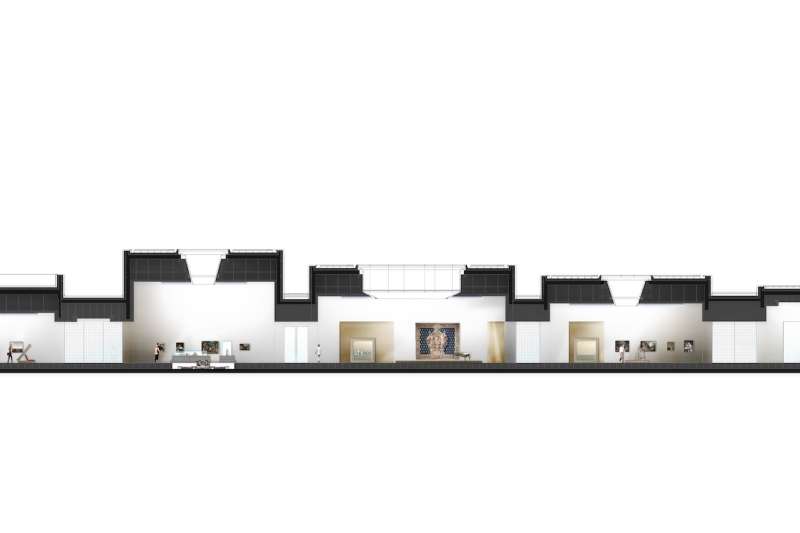 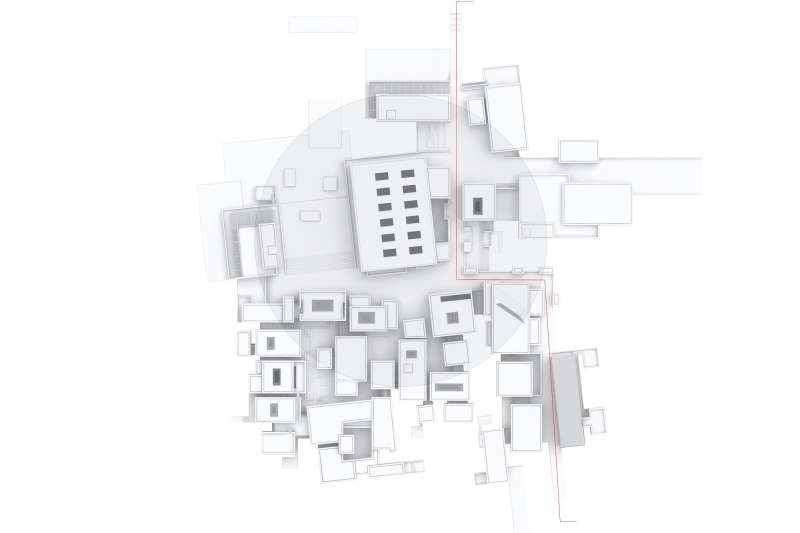