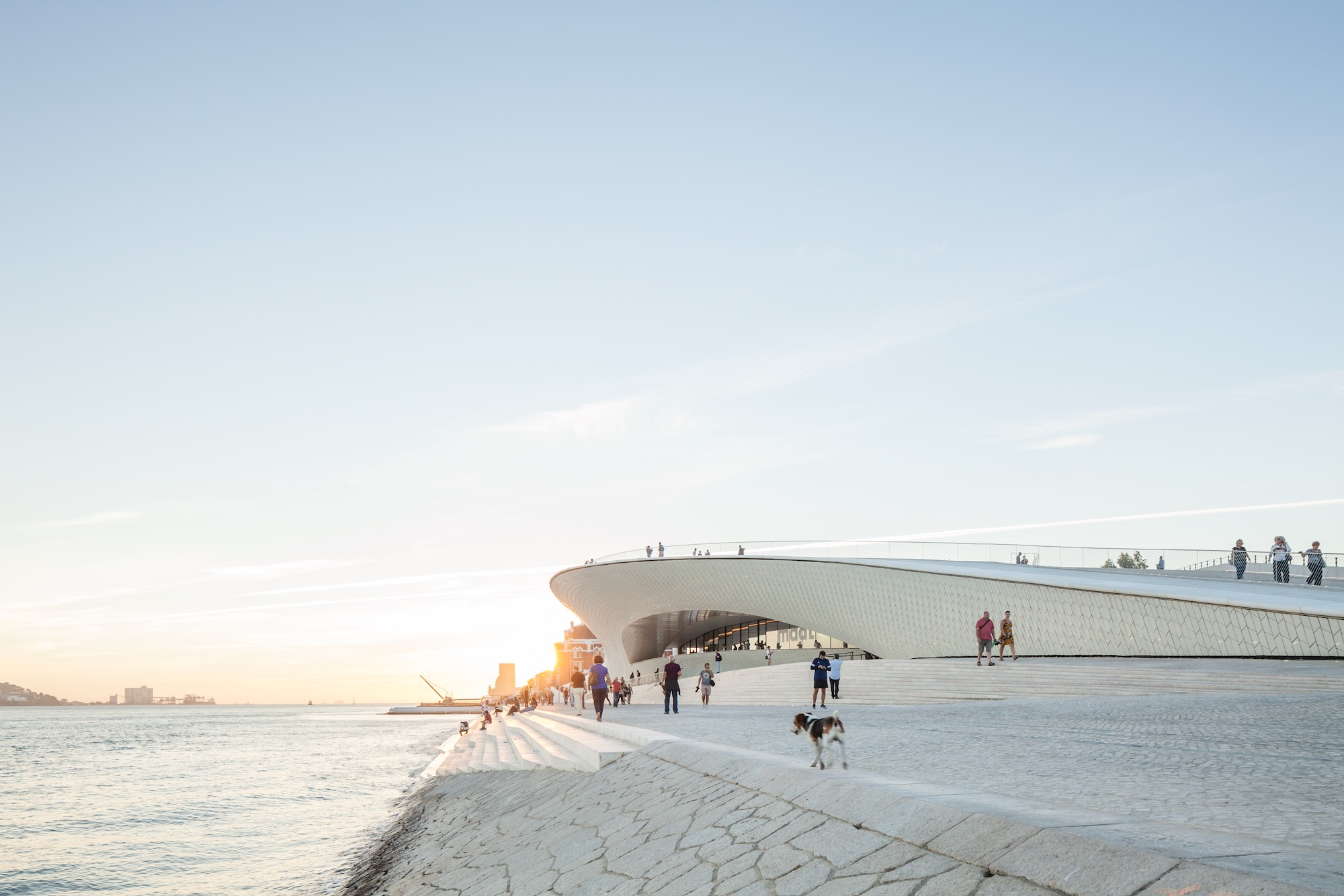 Along the Tagus River, in the Belem district of Lisbon, sits the serpentine structure of British architectural practice AL_A’s MAAT Museum.

The Museum of Art, Architecture, and Technology, shortlisted for the 2017 EU Mies van der Rohe Prize, was opened to the press on October 2nd, 2016; it officially opened to the public a few days later, coinciding with the Lisbon Architecture Triennale. Its conception was entirely funded by the EDP Foundation, the philanthropic arm of Portugal’s electricity supplier.

Having long turned its back on the disjointed mess of wharves and docks of its port, Lisbon has been employing a piecemeal approach in introducing public spaces and bike tracks along the banks of the Tagus, although the key obstacles of a railway line and two roads still remain.

Sited next to Central Tejo Power Station and behind the railway line and major roads, AL_A’s new museum swoops low along the banks of the Tagus River; its formal language is a visible disconnect from the river. The power station, an exemplary red brick, and steel 20th-century thermoelectric power plant and former Museu da Eletricidade (Museum of Electricity) has also been transformed, boasting new galleries as well as its original historical exhibitions.

The New MAAT Museum connects the river and the Central Tejo Power Station, sensitive to its datum and offering a counterpoint to the industrial Portuguese architecture. Whilst the Central Tejo Power Station sits as an exemplar of a different architectural language and history, the new building seeks to succeed where the orthogonal environment failed: stitching Lisbon’s riverfront back with the city.

The façade, made up of almost 15,000 three-dimensional crackle-glazed tiles, articulates a rich historical tradition of ceramics and craft in Lisbon. These tiles over the day give mutable readings of water, light, and shadow on its surface. This spectacle both as a distant image and a tactile surface invites the public to the river’s edge as welcome shade is created under its proud overhang.

Blending structure into the landscape and lifting people up, the museum aims to establish a visual and physical connection across this bay. With a new footbridge, installed in 2017, visitors are brought straight across the roof from the city and projected out over the waters of the Tagus. With this spatial and structural initiative for the new museum, Amanda Levete, AL_A’s director, commented: “Thankfully, Lisbon has a more liberal attitude to gradient”.

Underneath the prow of the roof and at the edge of the river is where the key opening for the museum is informed. A softly expressed ellipse in its serpentine form establishes a discourse between the public grounds — fluidly blended into the gallery itself — as the public walks along the roof above, now an outdoor room. The elliptical opening gives visitors an intuitive understanding of the gallery spaces within and an aspect of the city since lost.

Entering beneath this ellipse, visitors are led down a ramp that loops around the central and elliptical exhibition space spanning 70 by 40 meters with no columns for both large-scale installation and partitioned exhibitions. This also leads to four subterranean rooms with glossy white floors and curving white walls. These spaces await their fit-out, specifically shaped for reasons that have yet to become apparent but are inherent in maintaining “a counterpoint to the more conventional white cube galleries in the power station,” says Levete, which this museum tries to re-establish.

Fresh from a four-year curatorial shift at MOMA in New York, Pedro Gadanho — the new curator of MAAT — expresses a compelling knowledge of the city’s creative scene and animated notions of how to stimulate it. Where this part of the Lisbon was lacking any key infrastructure, a lust for something iconic was too strong.

Coinciding with a tourist boom that is lapping at the shores of Lisbon, the 38,000-square-meter campus embodies the desire to open up an international dialogue with Lisbon’s creative scene. It also expresses AL_A’s desire to formalize a shift in the role of the museum typology and the changing relationship between art and visitor. This is championed in MAAT’s ability to re-establish the building as a true public realm. 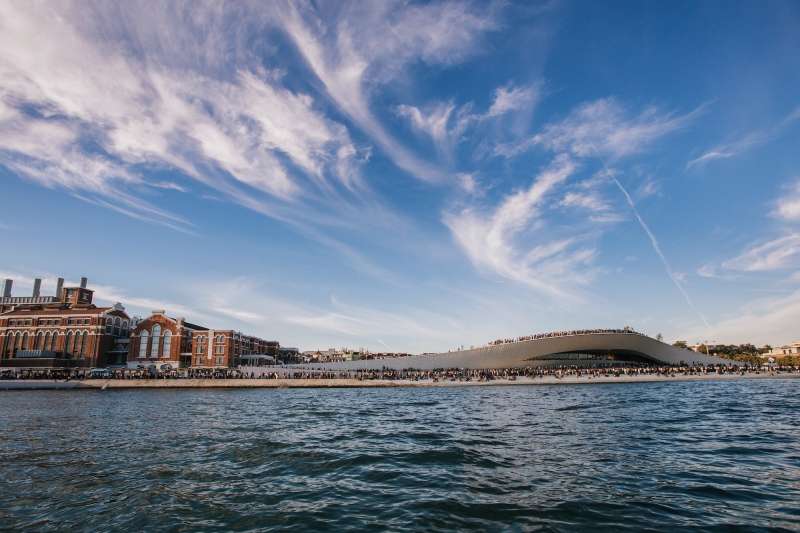 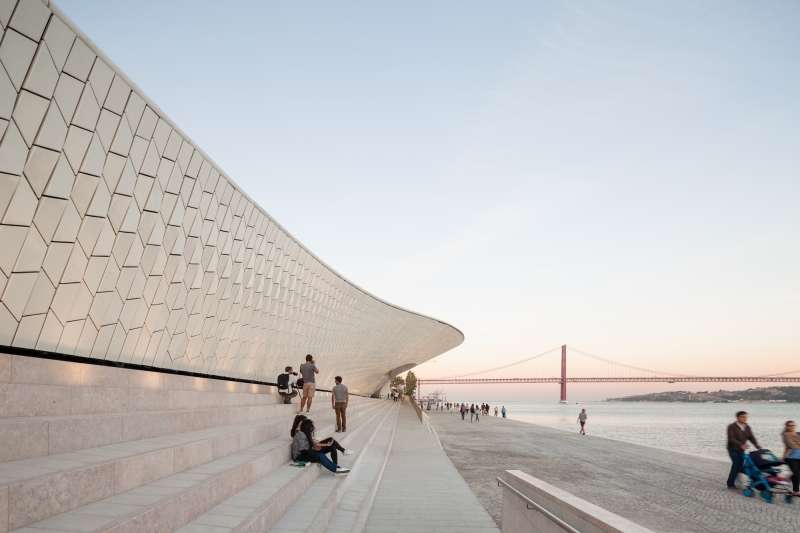 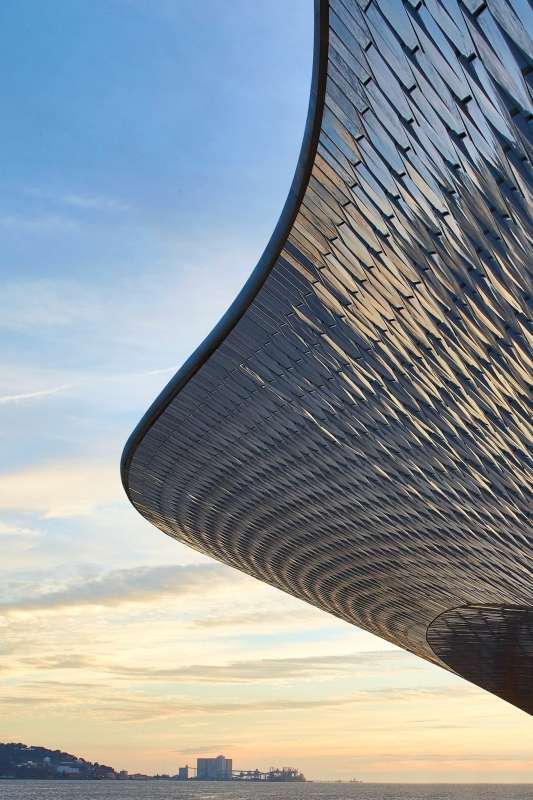 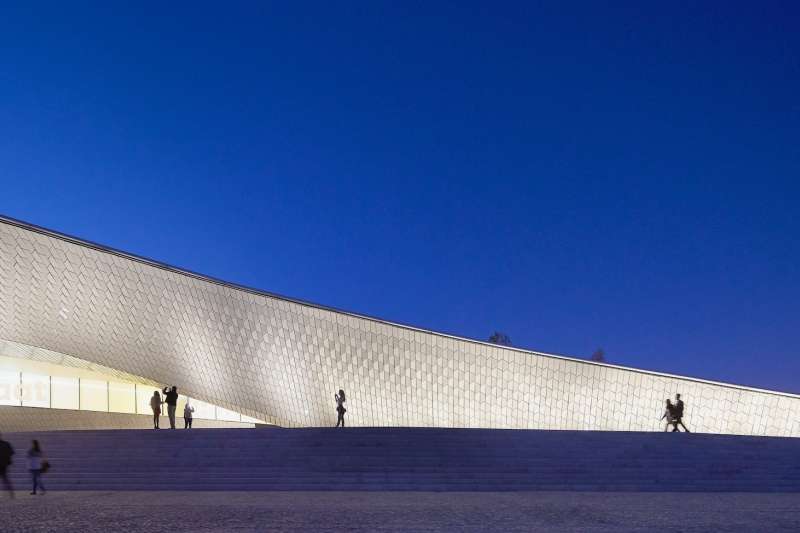 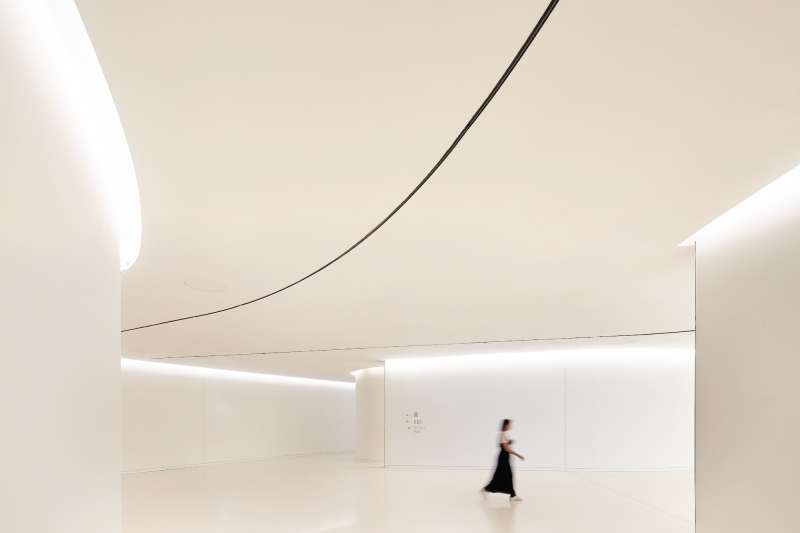 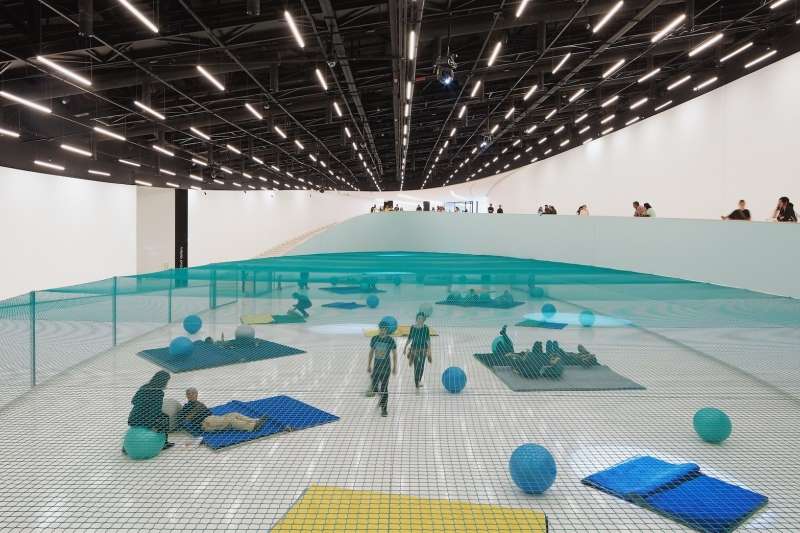