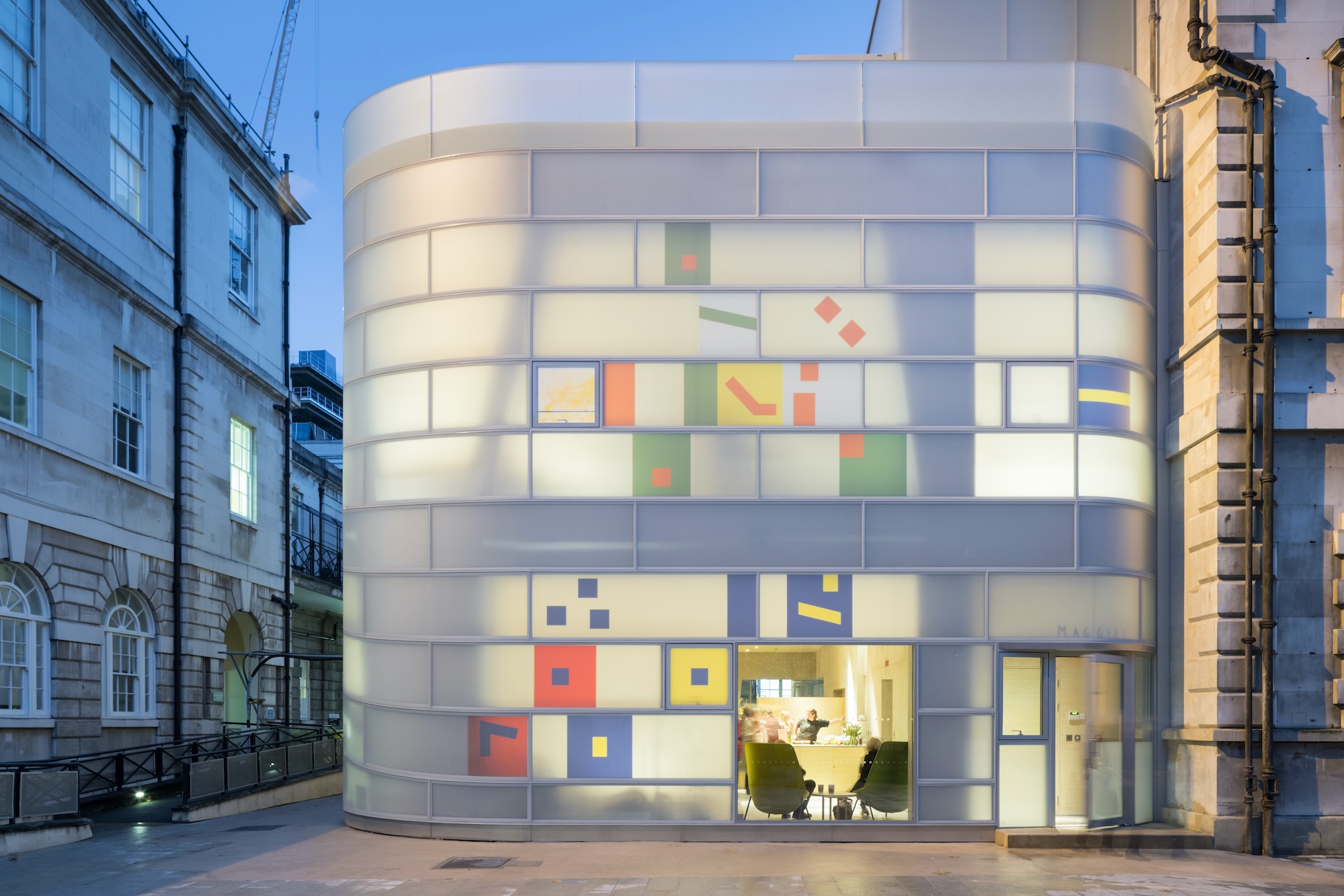 Maggie’s Centre Barts by New York-based Steven Holl Architects is located at St. Bartholomew’s Hospital in the northwest of London. The building replaces a pragmatic 1960’s brick structure that was previously located next to the last remaining wing of the hospital, a 17th century stone structure by James Gibbs. With its translucent, colorful façade and curved corners, the new Maggie’s Centre contrasts the existing hospital building and enhances the site’s historic heritage by complementing it with new shapes and materials.

As London’s oldest hospital, St. Bartholomew’s Hospital (and the adjacent St Bartholomew the Great Church) was founded in the 12th century for the “restoration of poor men”. Today, the new Maggie’s Centre offers support and respite for cancer sufferers and their relatives. It is one of several centers located around the world, designed by high-profile designers such as Richard Rogers, Frank Gehry, Zaha Hadid, Rem Koolhaas, and Snøhetta, each of whom uses architecture to create calm, uplifting environments for the people who visit and work in the centers.

Inside, an open staircase follows the building’s curved frame and connects the floors and vertically lined spaces. The interior perforated bamboo creates a warm, comfortable atmosphere that underlines the center’s function as a place for comfort and support. And with its colorful window panels, the glass envelope washes the interior with colors during the day and gives the building a luminous, glowing presence from the street.

The exterior glass is a new type of polychrome insulating glass developed especially for the center. Divided into horizontal strips, the translucent glass follows the diagonal geometry of the main stair and “lifts up” to reveal the main front entrance and clear transparent windows at ground level, giving the building an inviting image towards the public. The colorful glass panels along the façade follow the specific rhythm of the medieval method of writing down music, “neume notation”, and thus serve as a tribute to the site’s historic heritage.

While most of the existing Maggie’s Centres are horizontal, the new Maggie’s Centre at St. Barts by Steven Holl stands out with its three-story vertical design. At ground level, the main space contains a common kitchen and dining area, as well as a separate counseling room and a “pause area”, tucked away to one side. A second entry on the west façade opens up to a restorative garden with trees shared with the adjacent church.

The first floor contains a library with seating areas as well and adjacent rooms for offices and counseling. The upper floor comprises a room that opens out onto a curved roof garden with a curved glass wall. As a peaceful, flexible space, the garden can be used for meetings or restorative classes, such as Tai Chi and yoga.

Initially, the new center’s different, modern façade and its proximity to the historic hospital building caused controversy, and other proposals suggested that the new center should be restored to its original design. But in the end, Holl’s proposal was decided as the most suitable approach: with a building that shows how a complementary contrast between old and new can pay respect to history, and at the same time open up for new, modern readings of the historic site. 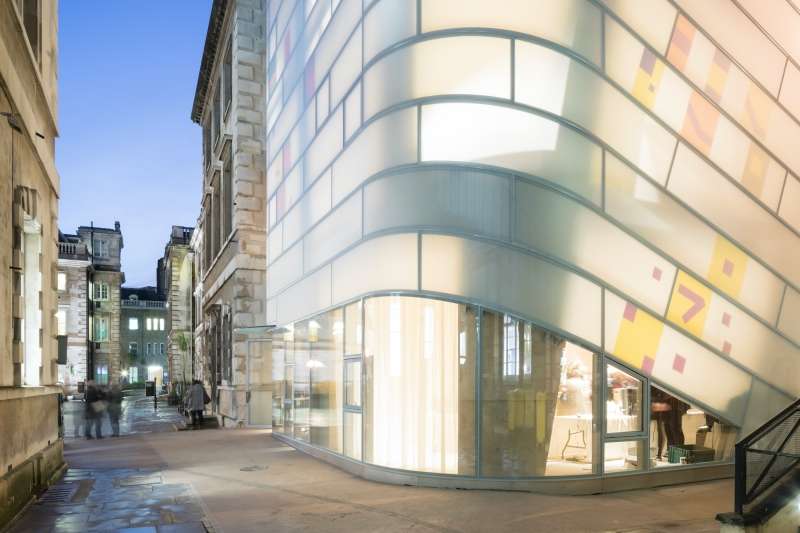 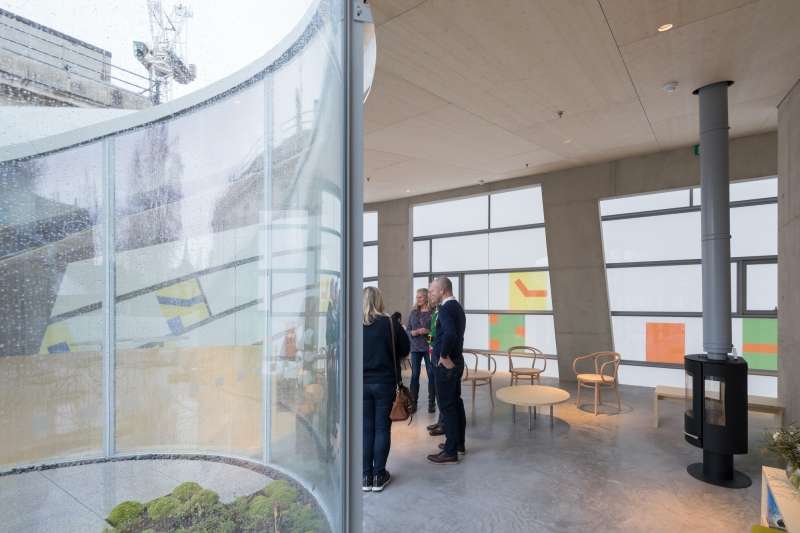 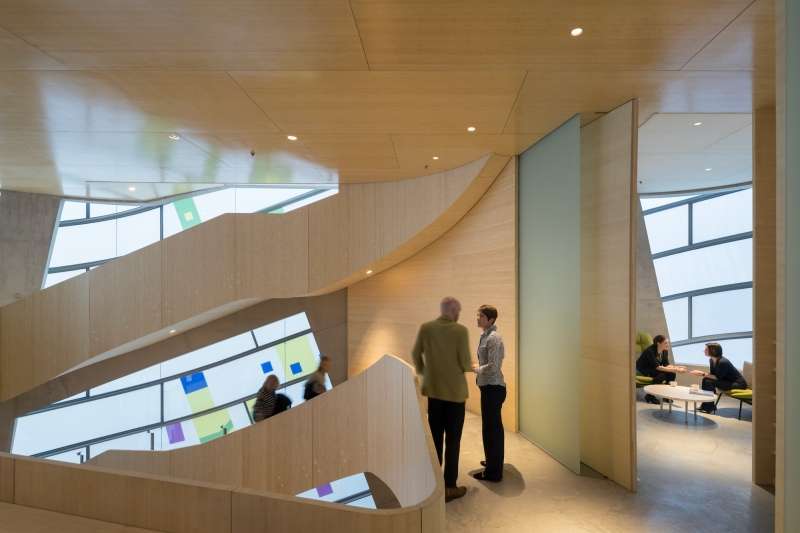 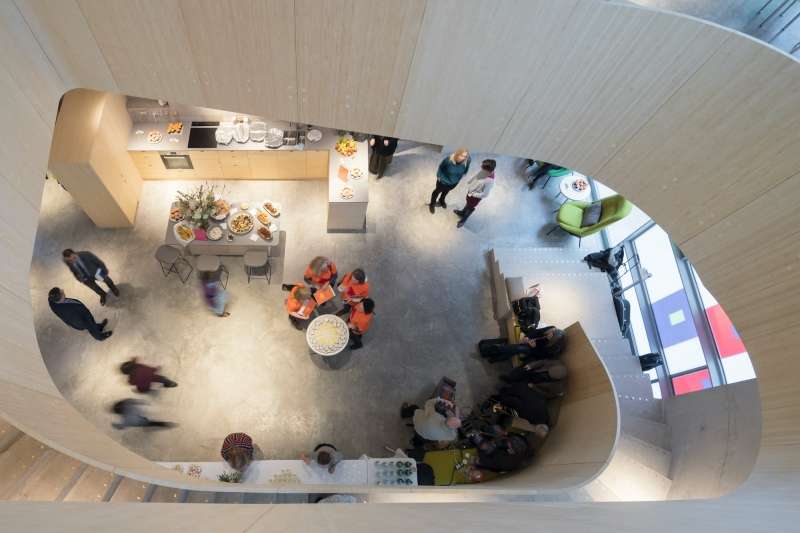 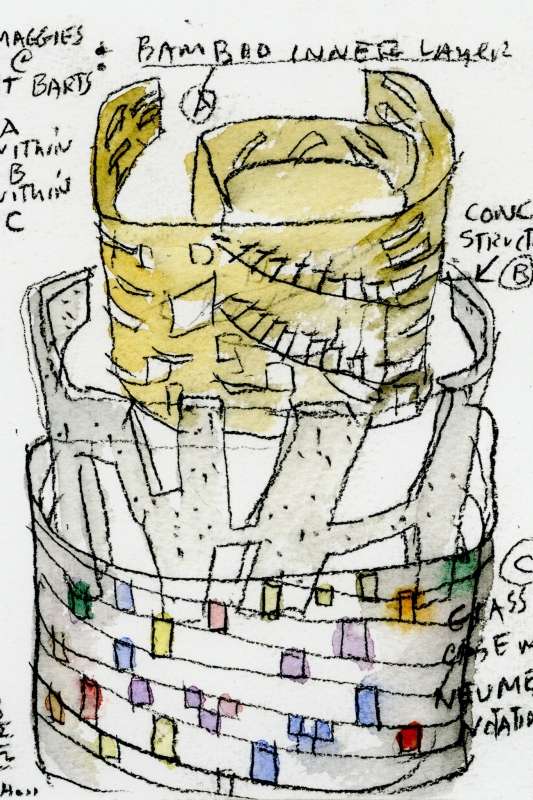 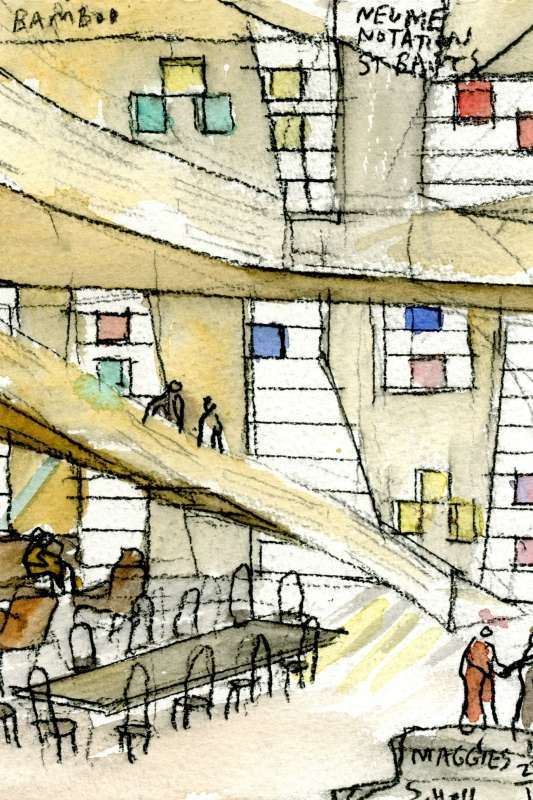 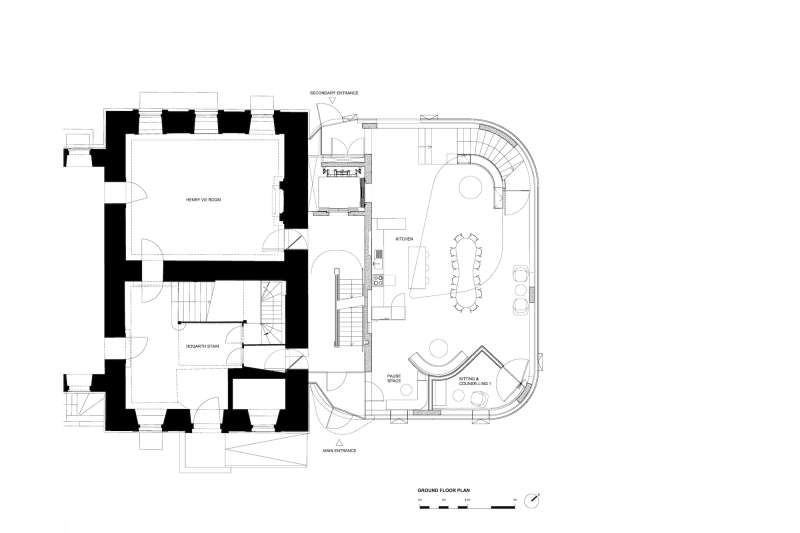