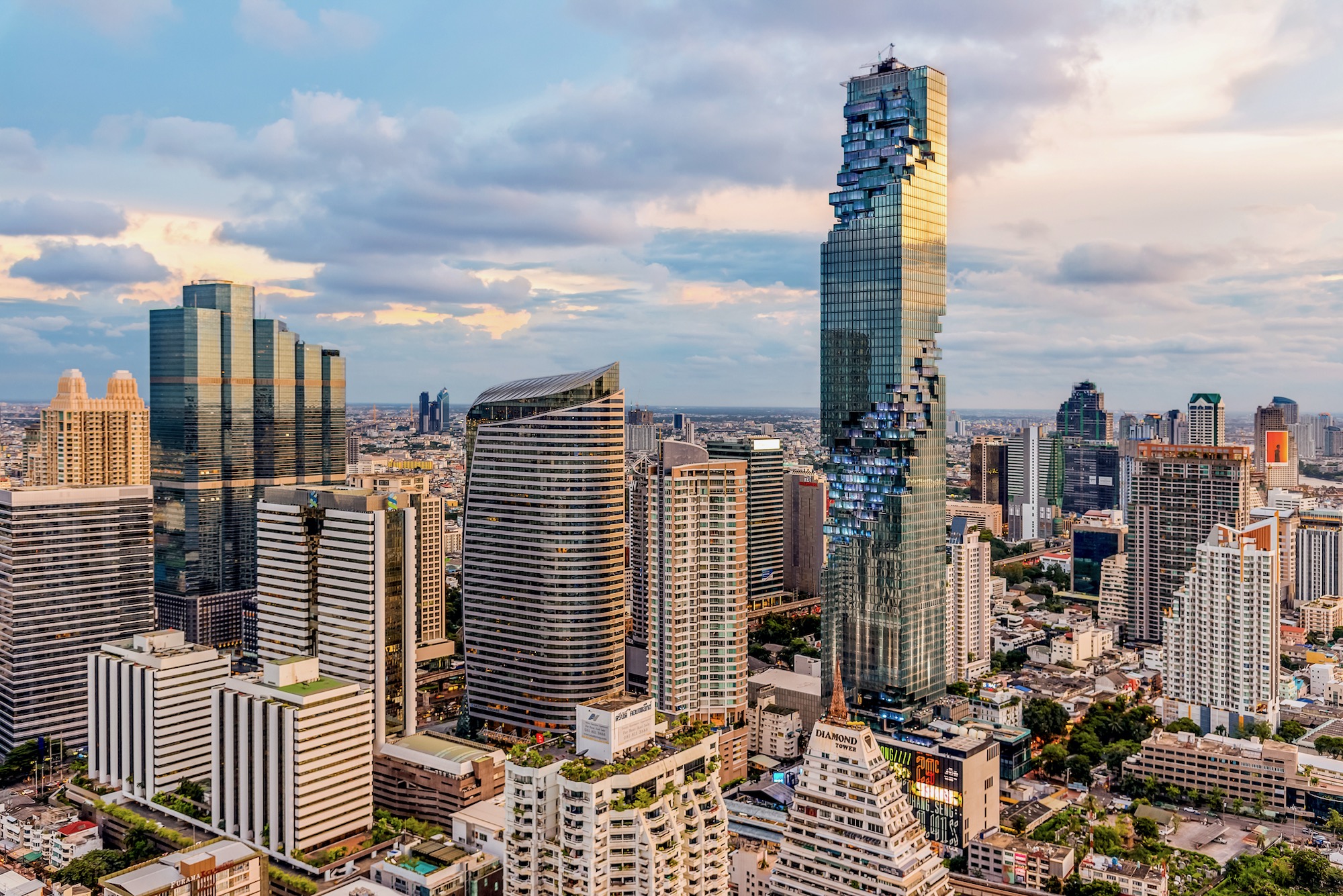 The 77-story MahaNakhon, translated in Thai as “great metropolis,” is the tallest building in Thailand’s capital.

With its distinctive sculptural appearance, the building has been carefully carved to introduce a three-dimensional ribbon of architectural “pixels” that circle the tower’s full height, as if excavating portions of the elegant glass curtain wall to reveal the inner life of the building – metaphorically and actually an architecture that encloses and protects its inhabitants while revealing the inner life of their city.

The pixelation gives the building an arresting profile on the skyline while generating a set of very special features to house the diverse functions of the building complex in an intelligently strategic way. Its glittering stacked surfaces, terraces and protrusions simultaneously create the impression of digital pixelation and echo the irregularity of ancient mountain topographies.

Designed by Ole Scheeren while working as a partner at OMA, and later completed by his own practice, MahaNakhon dismantles the typical tower-and-podium typology to render not a tower in isolation, but instead a skyscraper that melds with the city by gradually “dissolving” the mass as it moves vertically between ground and sky.

This effect begins with a series of generously cascading indoor-outdoor terraces at The Hill, the seven-story area at the tower’s base housing luxury retail and dining, and ends at the Sky Bar, with sweeping 360-degree views of the skyline and river, floating 310 meters above the city.

The Ritz-Carlton Residences, on floors 24 through 73, occupy projecting glass skyboxes with sweeping views. The tower’s “pixels” have been designed to maximize unobstructed panoramas for the residences, offering rare bird’s-eye views of the city and the Chaophraya River.

MahaNakhon Square, located in front of the tower, is intimately connected to the space between The Hill and an adjacent freestanding seven-story building known as The Cube. This dynamic public plaza aims to be a landscaped retreat for the city’s inhabitants, a gathering place and a rare venue for cultural and social interactivity, with a direct connection to the Chongnonsi Skytrain station and a rapid bus transit system.

Bangkok’s tallest building projects itself as a lush urban oasis with The Ritz-Carlton residences, a public square and the Bangkok Edition — a signature boutique hotel with 150 hotel rooms. 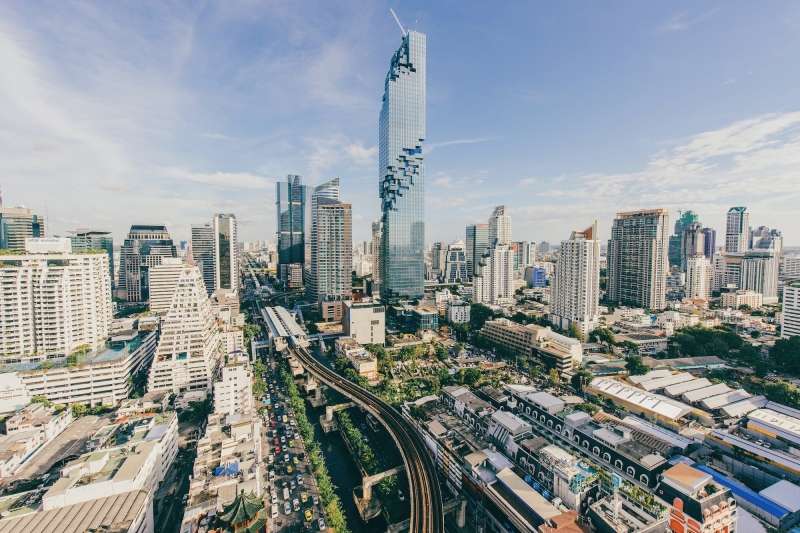 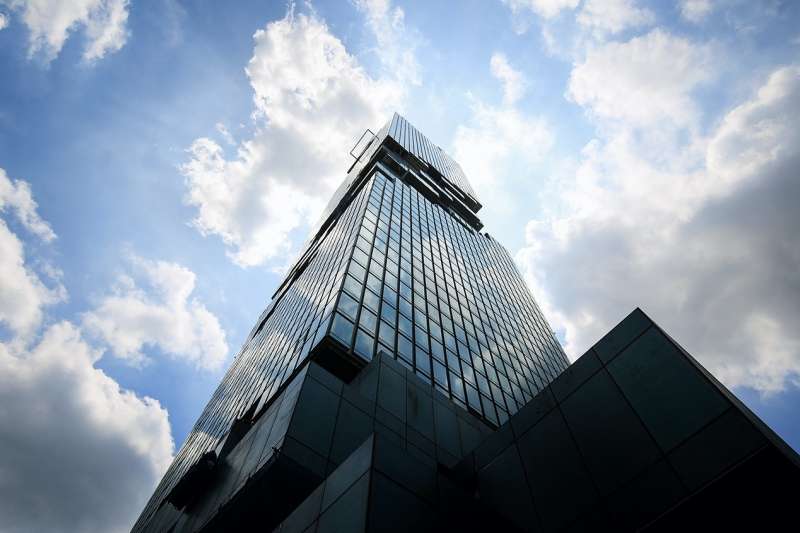 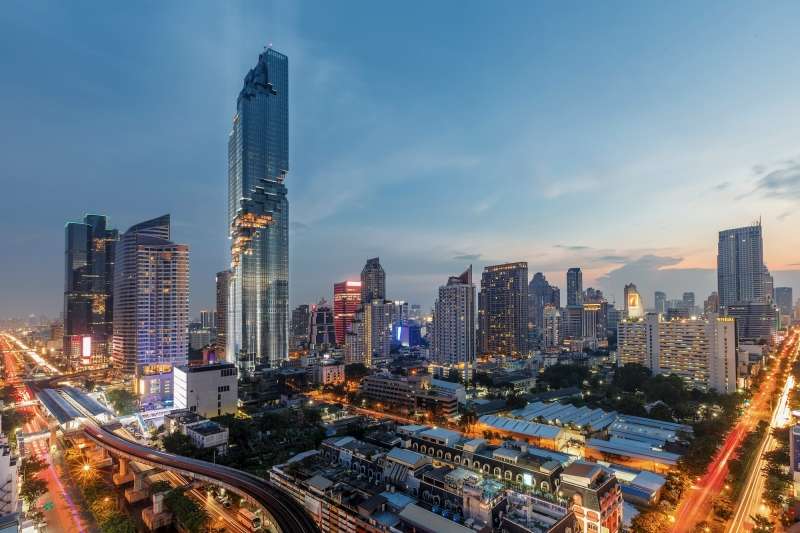 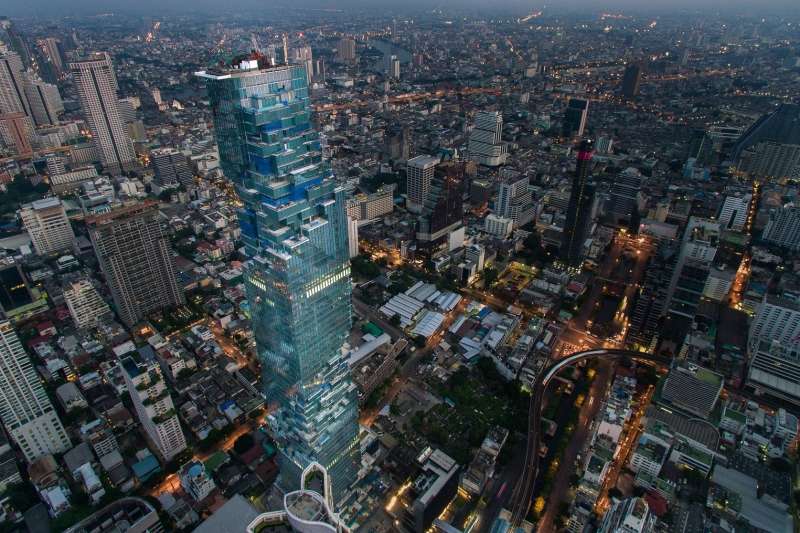 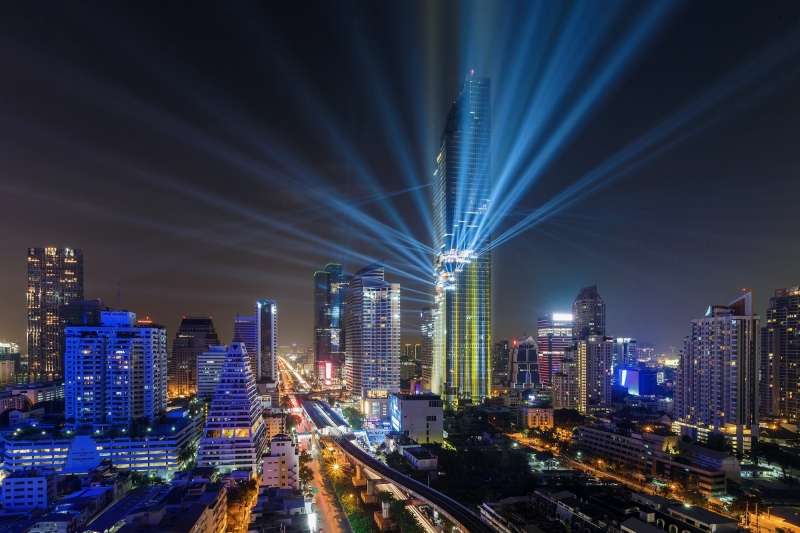 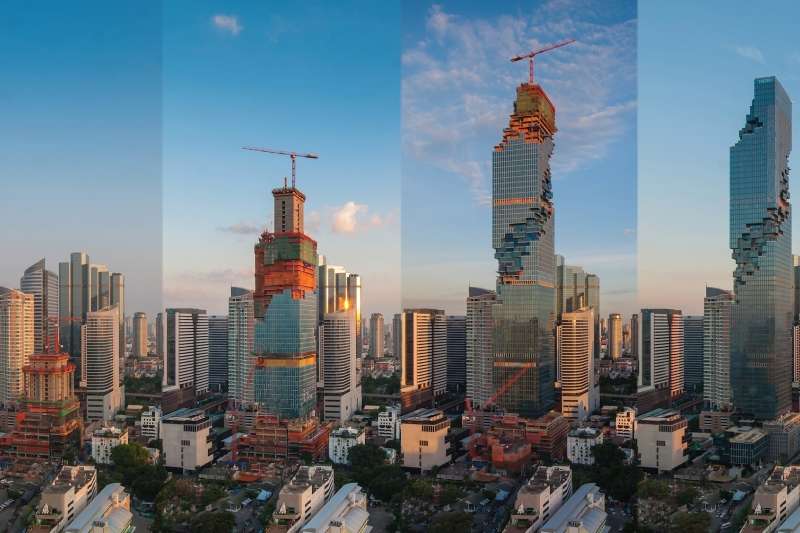 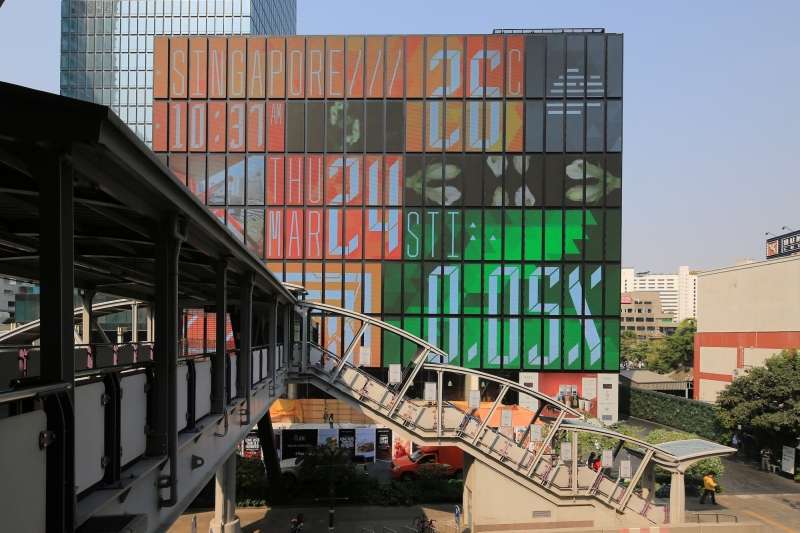