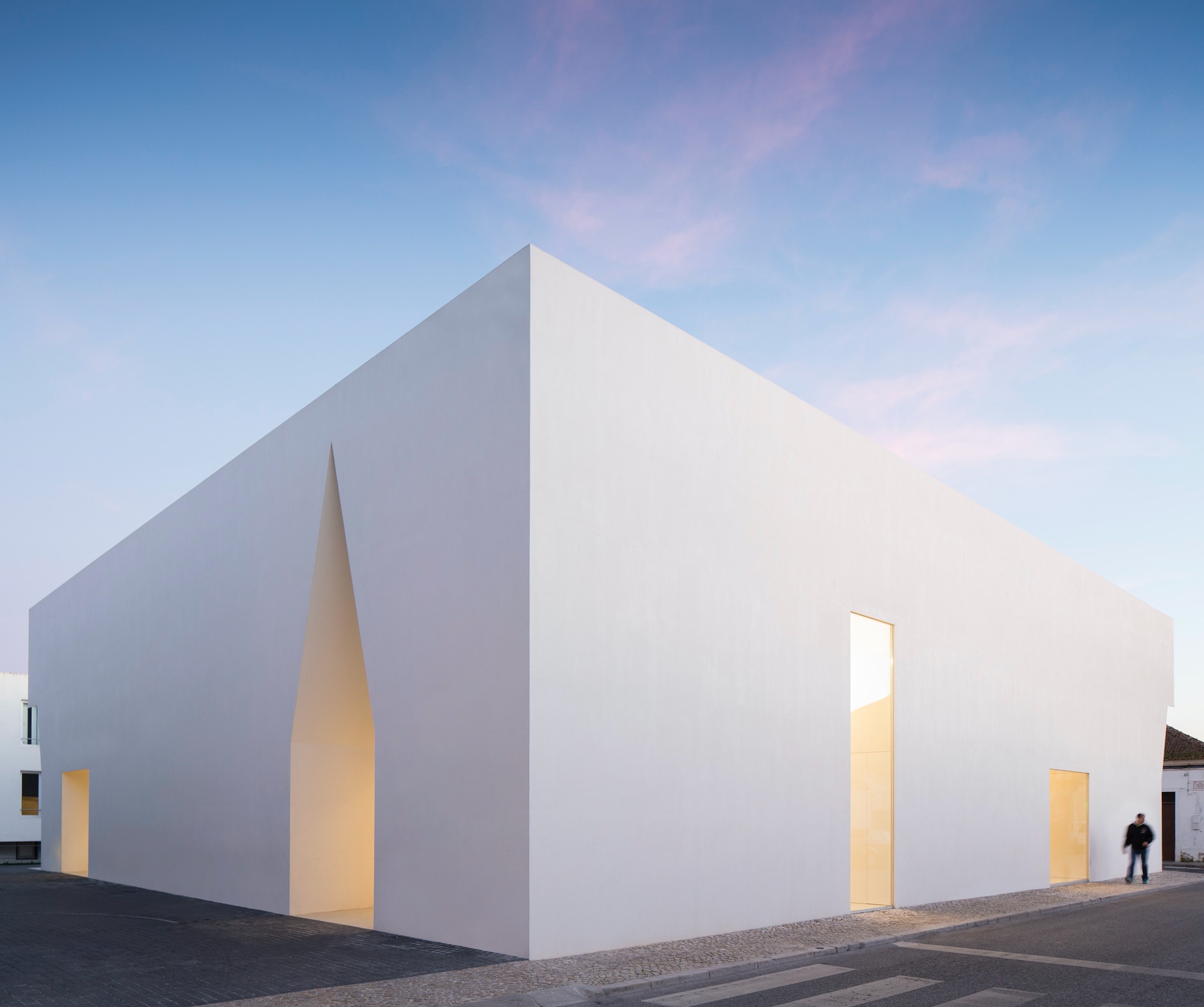 The Meeting Centre in Grânola sits stoically, a large white mass with its horizontal edge crisp against the blue Portuguese sky.

Aires Mateus Architects (AMA) of Lisbon have designed a cleverly carved monolith with an accommodating and stunning internal layout, affirming the new community meeting space’s central position in the small town of Grândola, a municipality in the Setúbal district of Portugal’s Alentejo region.

The project, commissioned by Santa Casa da Misericódia de Grândola, is located centrally in the town of Grândola on a decongested corner site of 670 square meters. Its semi-detached location in relation to other buildings results in the square building seemingly set back and isolated from neighboring historic buildings. Studio directors and brothers Manuel and Francisco Aires Mateus have utilized the new volume’s distance to reflect and showcase a certain datum visible in the historic surroundings. This language is evident as a formal play of vertical void against the horizontal solid reading of the exterior, illuminating the “context in its distances, alignments, and proportions.” Whilst the isolation sets the building apart as a new iconic and civic gesture, the local context is also tied back into the building as a dialogue of silhouetted voids of its surrounds, present in all elevations of the buildings.

Two recessed voids in each elevation of this stark white volume tether its modern and sculptural figure back to the scale and location of the surrounding buildings and begin to define its beautifully thick mass. The voids of the exterior, marking entrance and aperture, respectfully mirror the surrounding context of Grândola; this allows a reading of the project as something that is directly cast against its neighboring buildings. The now visibly deep peripheral wall helps define the object as a whole, where passers-by understand the building by observing the interaction between the smaller peripheral spaces and the occupied façade.

The community center is capable of hosting large gatherings as well as much smaller groups; the flexibility of the desired programmatic requirements informed the project’s interior layout. Modestly sized meeting rooms and adaptable spaces treat the perimeter, while a much more substantial volume sits at the center of the plan, capable of containing much larger groups of people. This organization allows the façade to appear occupied at its exterior, in likeness with the closeness of a living room or restaurant window, which showcases the communal program’s approachability.

The ceiling answers the program by responding to the outline of the modest spaces with a sharply undulating language, providing the interior with inclined planes that lead to carefully positioned apertures, which serve as natural illumination for the interior spaces. The simplicity of the horizontal construction outside is contrasted against the complexity of the terrain of the ceiling. This dichotomy of language between exterior and interior allows for the façade to be read with complete horizontal clearness, and strengthens the weight and importance of the vertical voids cut into the building’s exterior. From a distance, it can still be read as a finely sculpted piece of marble, yet visible in the interaction of the interior and the deep façade are brightly lit civic spaces.

These architectural moves are a showcase of Aires Mateus’ distinctive language, design aesthetic and method, creating a final building that “is determined by the interaction of internal space and occupied façade.” This results in a beautifully modern addition to the region and the historic town of Grândola, and a lasting community space for its residents. 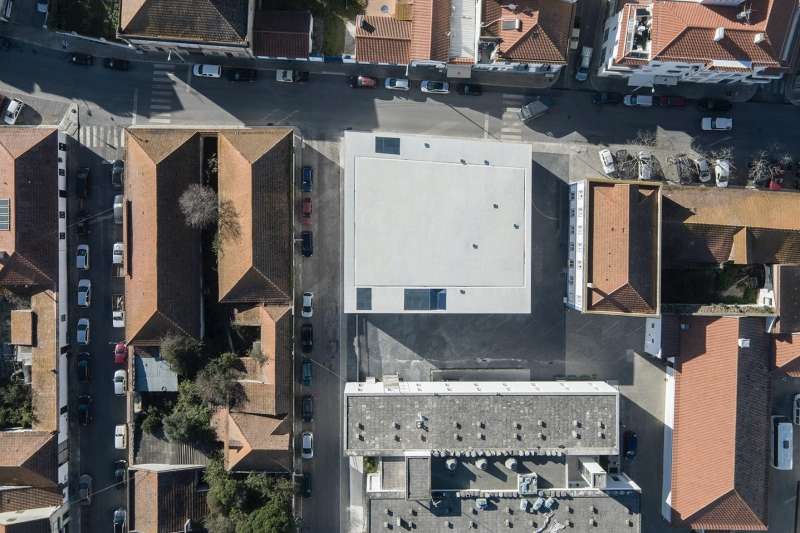 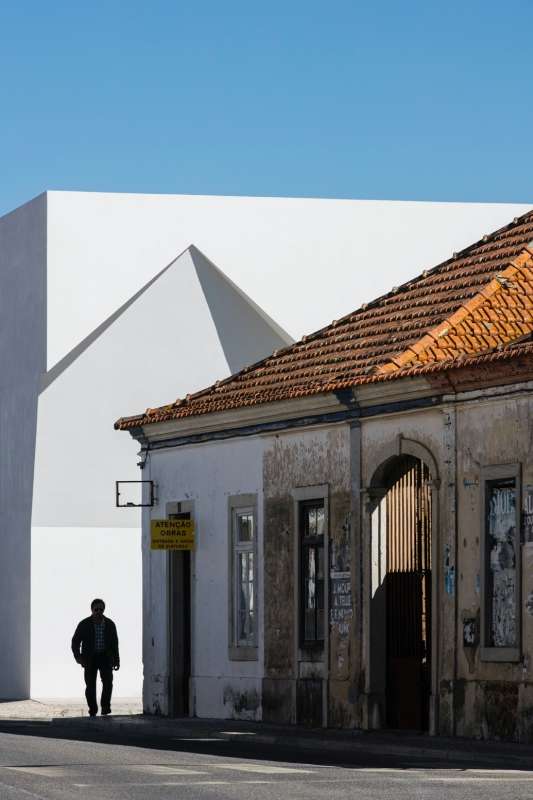 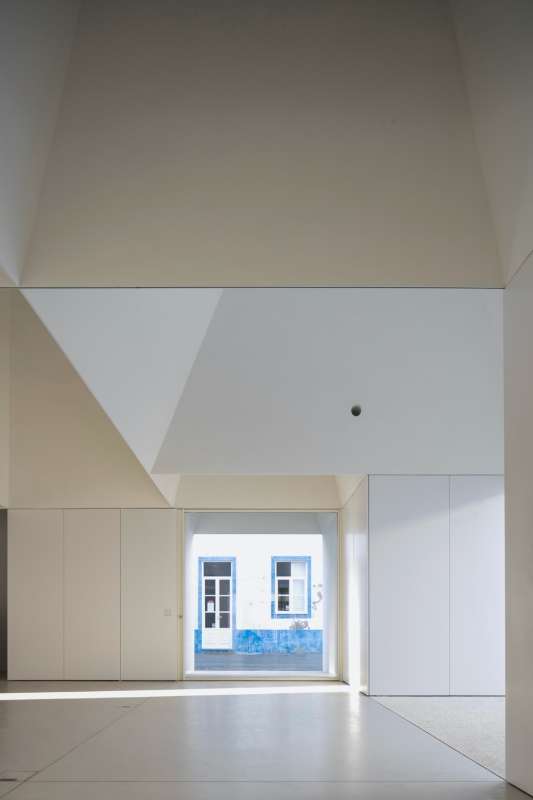 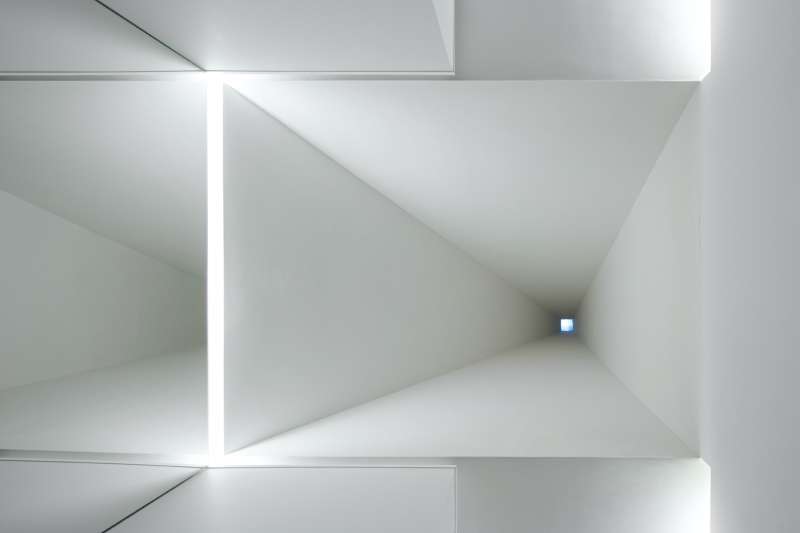 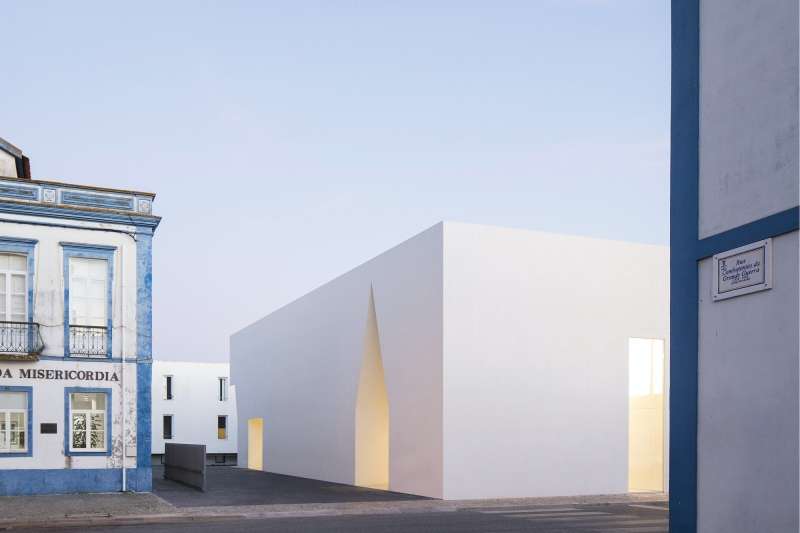 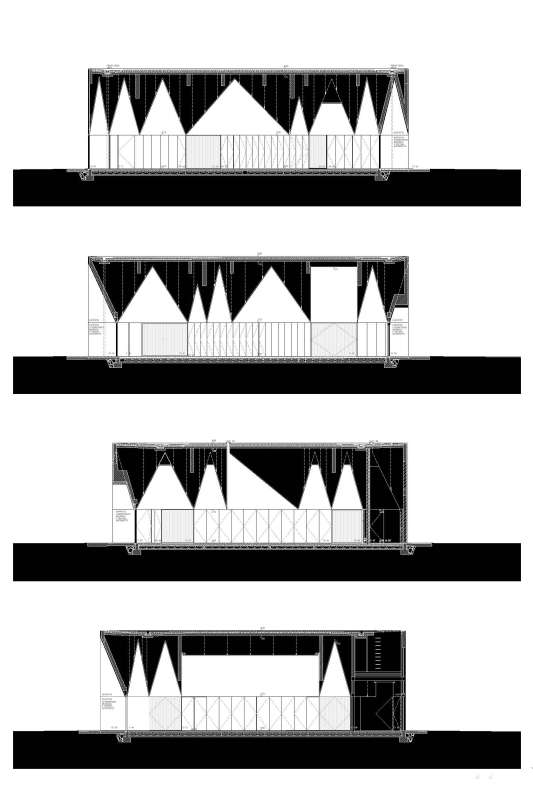 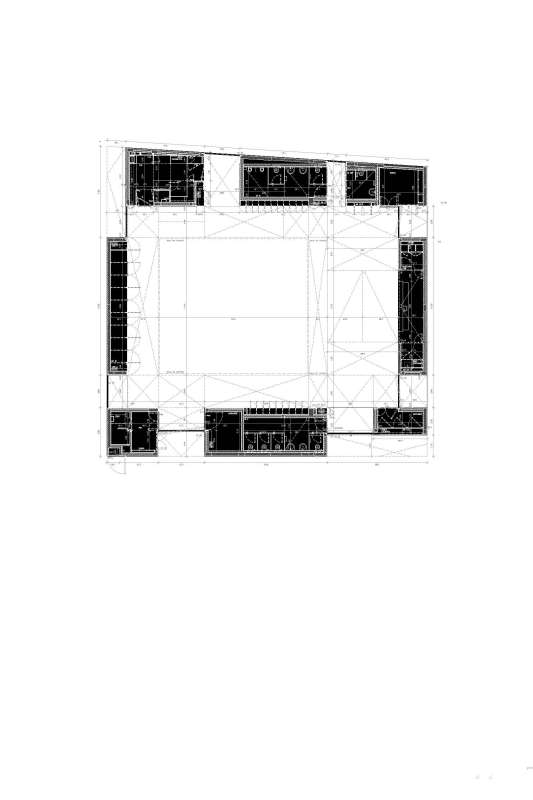