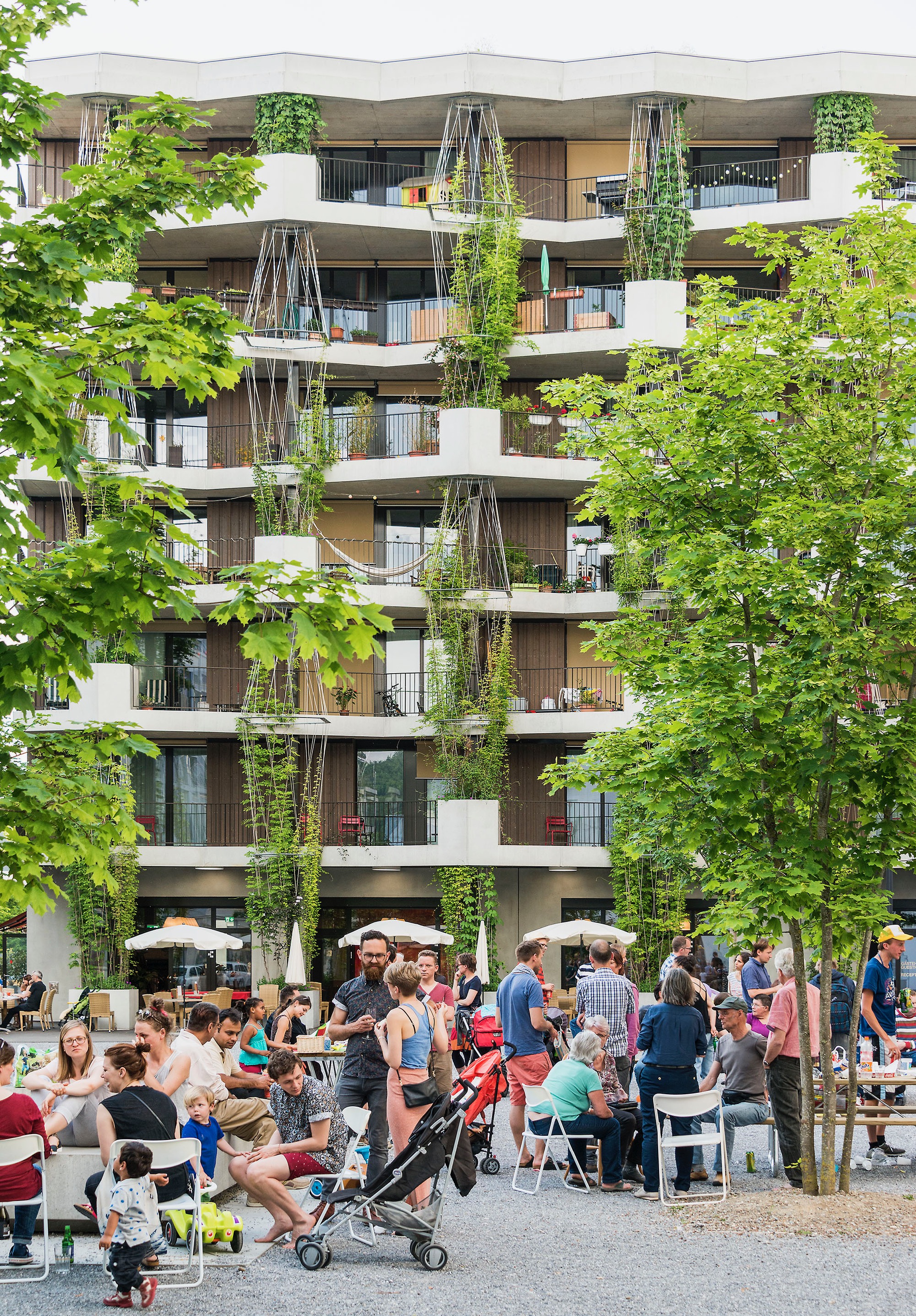 Mehr Als Wohnen is a housing co-operative situated just north of Zurich. The precinct, which translates to mean ‘More Than Living,’ has emerged as an ambitious new model for co-op housing developments.

Mehr Als Wohnen came about in response to Zurich’s inner-city housing crisis. Like many urban centers, the city has been experiencing a sharp rise in its housing costs. In response, the City of Zurich organized an open design competition on a former industrial site.

The winning masterplan was awarded to Futurafrosch and Duplex Architekten, who then teamed up with a series of architects, including Pool Architekten, Müller Sigrist, Miroslav Šik and landscape designers Müller Illien.

The concept for Mehr Als Wohnen is holistic and democratic- as Duplex Architekten explain, “the vision was to create a part of the city rather than an estate.” Consultation extended into the community, with future residents and a sociologist, Corinna Heye, all contributing to the project’s development.

The result is a public-oriented diagram that immediately translates to the built pattern. In contrast to a typical landscape of monolithic, repetitive towers and blocks, the masterplan proposes a series of smaller, independent buildings, which are arranged across thirteen lots. These sites are then stitched together with an intricate network of public spaces, pathways and parks. The shared spaces are rimmed by ground-floor tenancies, which contain work-spaces, retail and community rooms. As a consequence, the neighborhood character is mixed, lively and active.

Mehr Als Wohnen is funded by fifty small co-operatives, who banded together to support the project. The final project contains 395 dwellings, 35 retail spaces, and shared care and community facilities. 1200 residents and 150 employees live and work across the precinct.

A series of subsidies are offered to low-income earners, and 10% of the apartments are allocated to charities and not-for-profits, including an orphanage. The result is a development that includes a mixture of people, ranging from recently settled refugees to middle income professionals.

This collaborative model is, in many ways, what makes Mehr Als Wohnen so exciting- it takes a tried-and-tested model of Swiss co-operative housing and expands it to a new, and enlarged, scale. It is the extensive scale, and audience, of the development that makes this project quietly revolutionary.

This eclectic pattern is also echoed in the architectural approach. Across the development, the master plan dictates that two ‘brothers’- or paired buildings- are designed in close proximity, while a ‘cousin’- alike in character, but not matching- is placed on the opposite side of the complex. The result is an overall built character that contains likeness and variation, homogeneity and charm.

Across the development, the architecture intentionally acts as a quiet backdrop, allowing the stuff of life to act as embellishment. While all of the buildings are prismatic, and often plain, from the outside, they contain distinctive interior experiences. Pool Architekten’s House, G, for example, maintains a massive, block-ish exterior that, upon entry, erodes into a spectacular series of interior voids.

At Mehr Als Wohnen, the architects have been encouraged to explore new modes of planning and organization. The development thus proposes a variety of new ways for people to live together cooperatively.

A product of this experimentation is House A, a ‘cluster house’ designed by Duplex Architekten. This contemporary interpretation of a shared house allows people to live with varying degrees of privacy and autonomy.

Architecturally, this is achieved by arranging a series of small, apartment-like units around a generous common space. These joint living rooms provide a space to come together and socialize, with the option to retreat to a private apartment – equipped with a bed, bathroom and kitchenette.

Mehr Als Wohnen is a large-scale, exciting new prototype for multi-residence housing. It transforms a once-neglected neighborhood into a welcoming and diverse civic quarter filled with a genuine demographic mix. As a model, Mehr Als Wohnen is experimental and collaborative, encouraging new modes of living and working in close proximity. In such a way it is, as its name suggests, much more than housing. 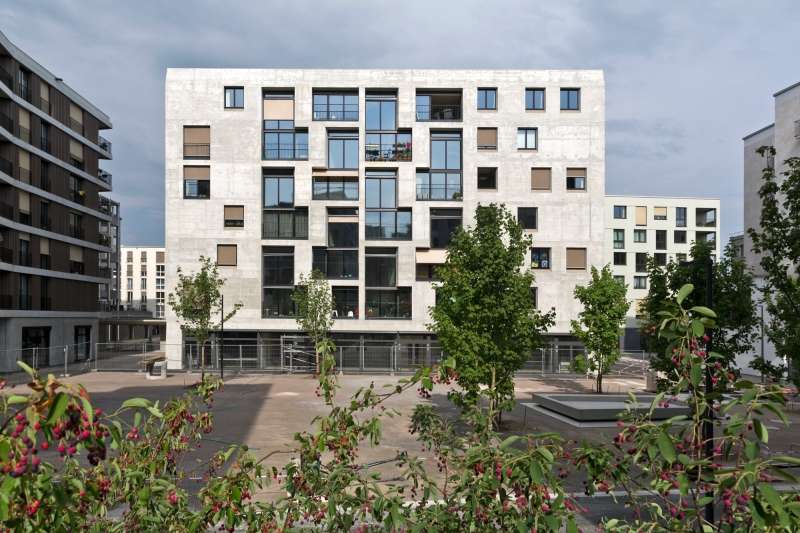 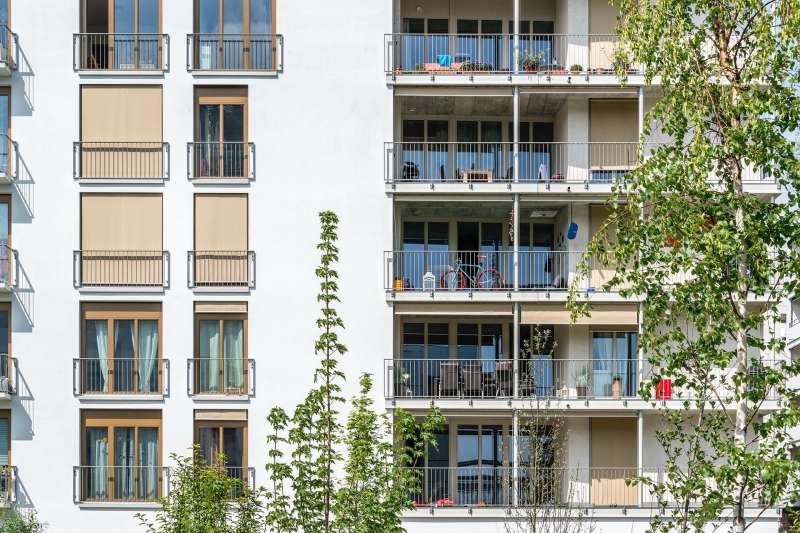 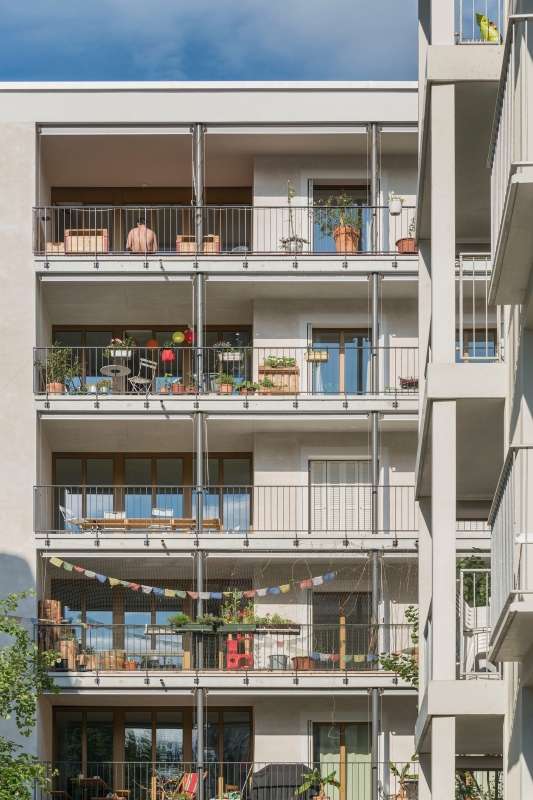 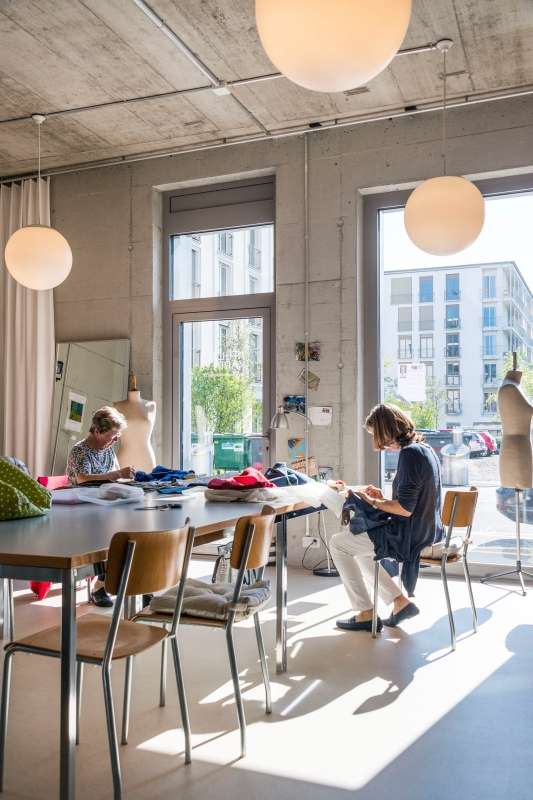 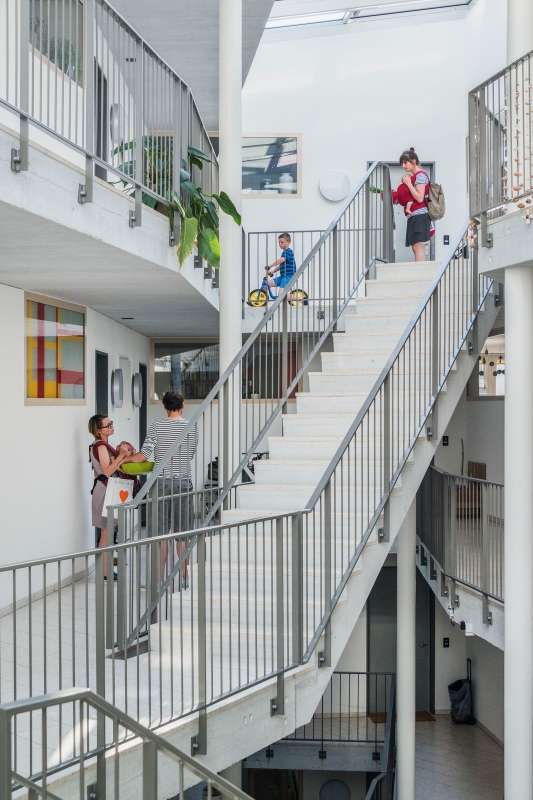 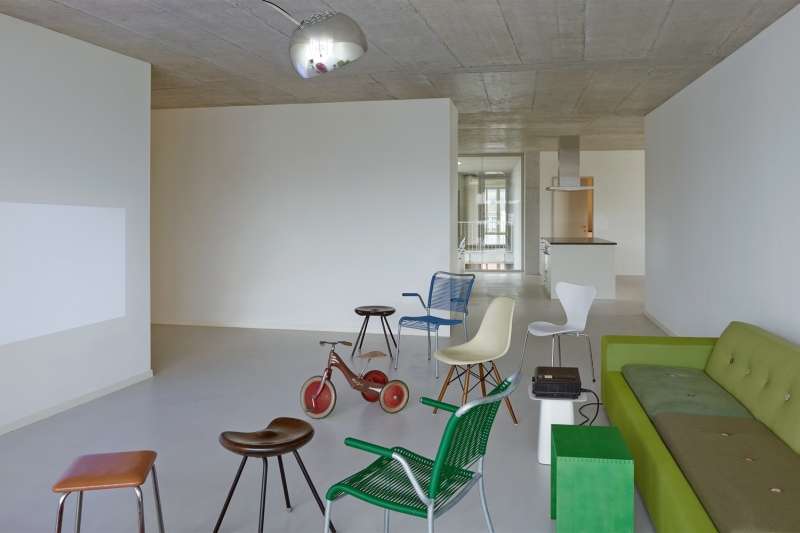 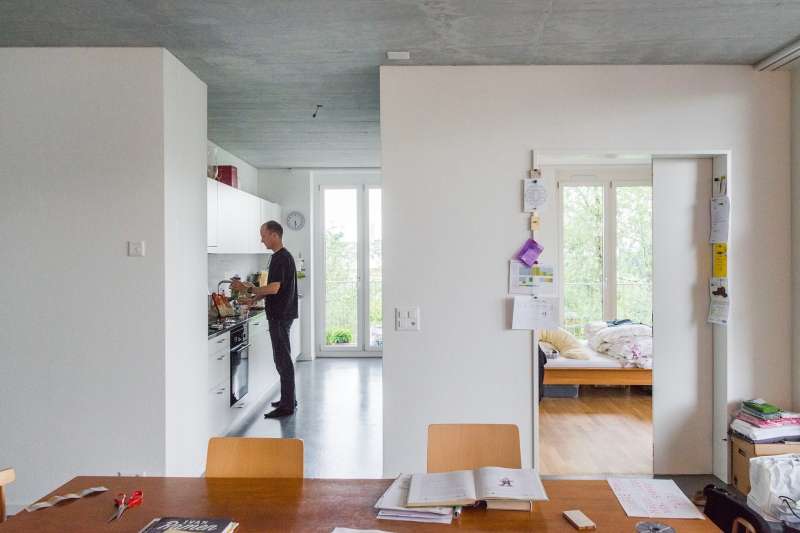 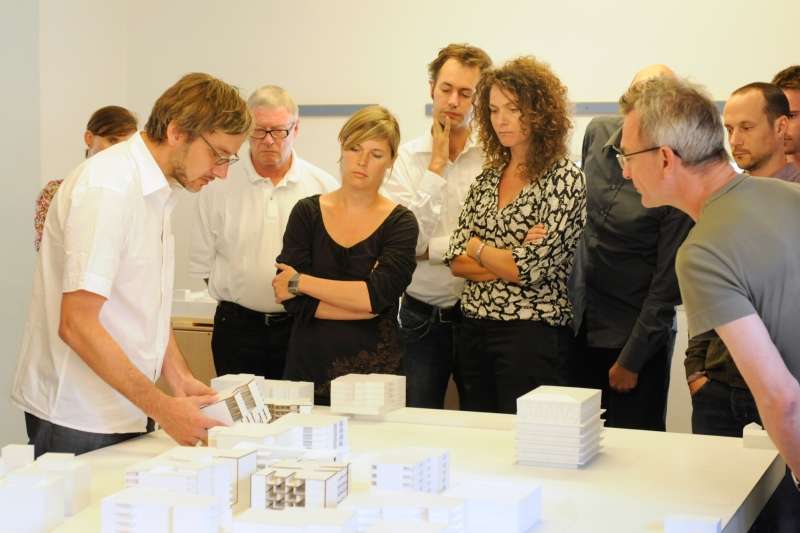 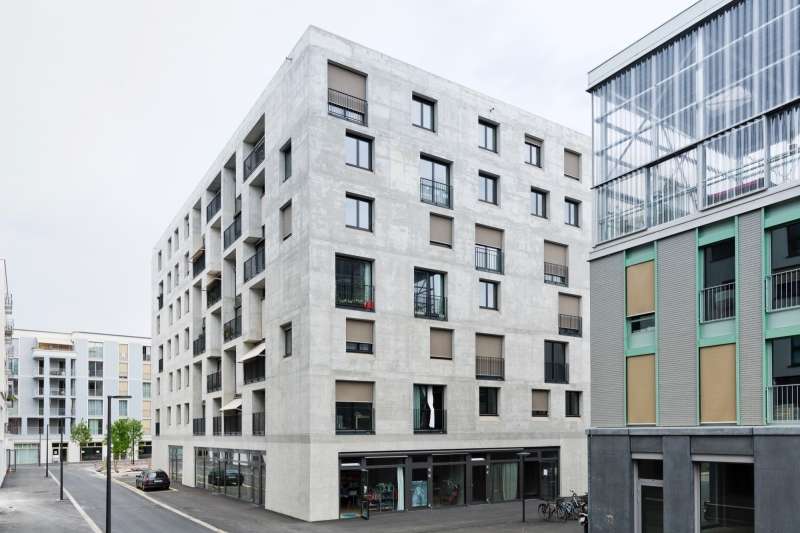 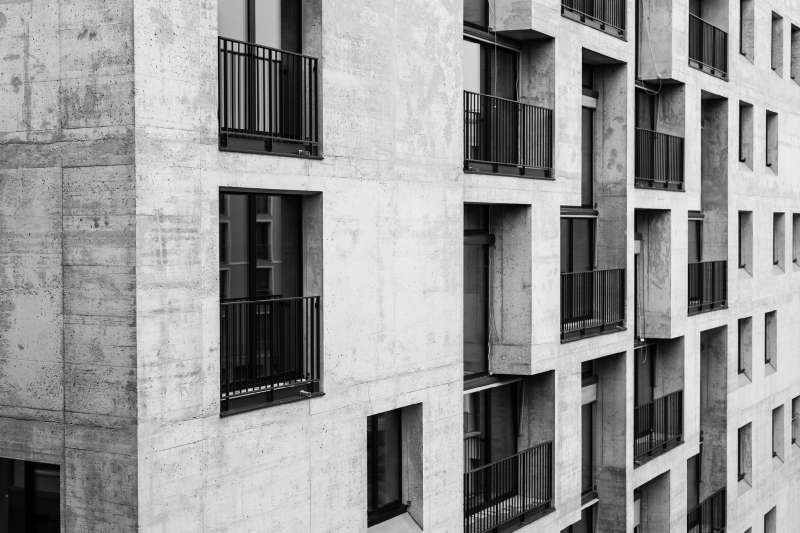 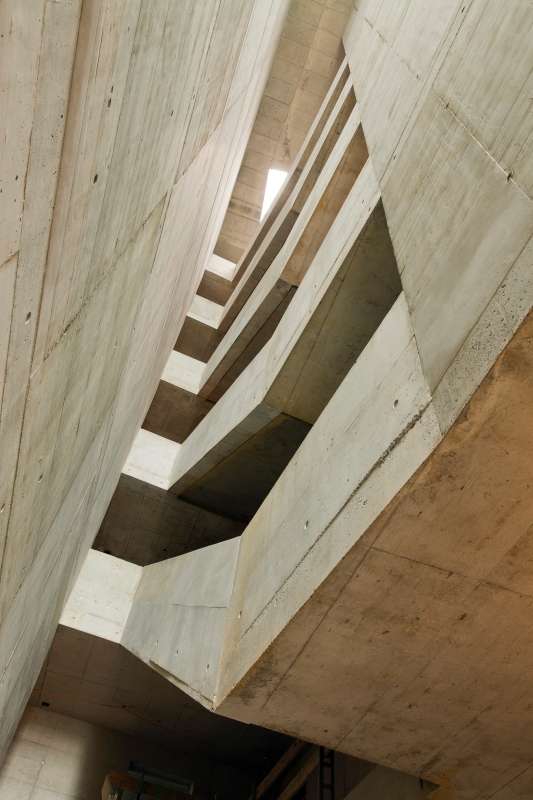 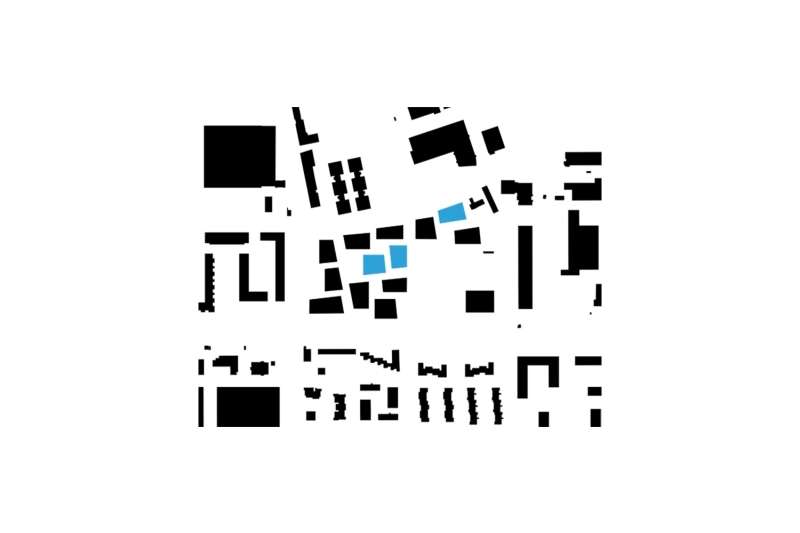 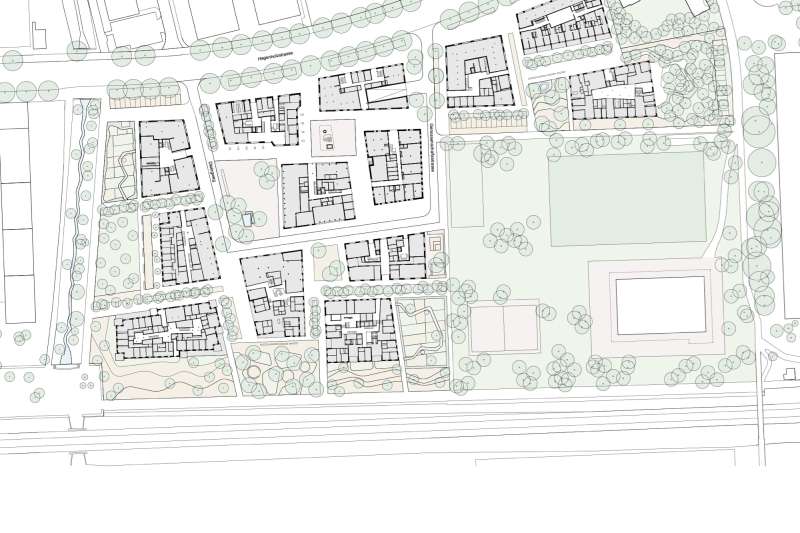 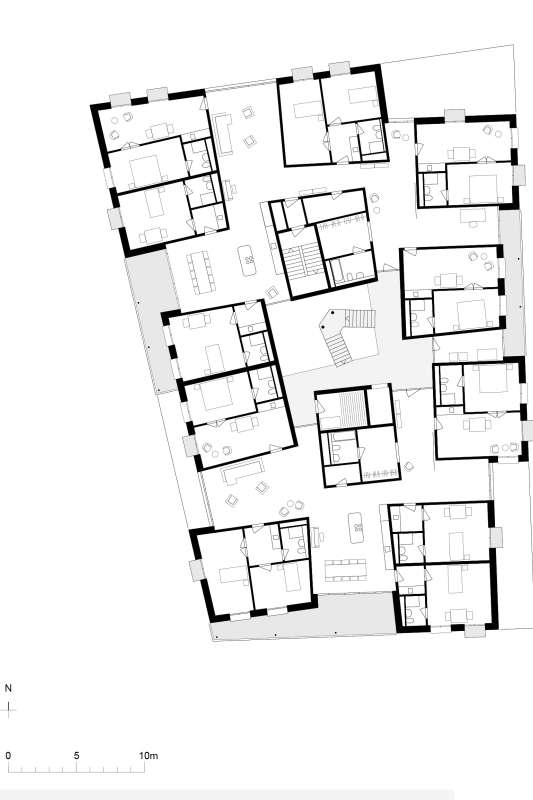 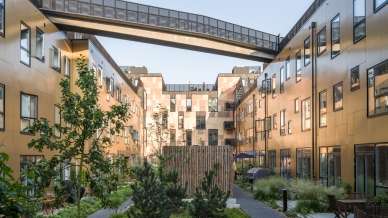