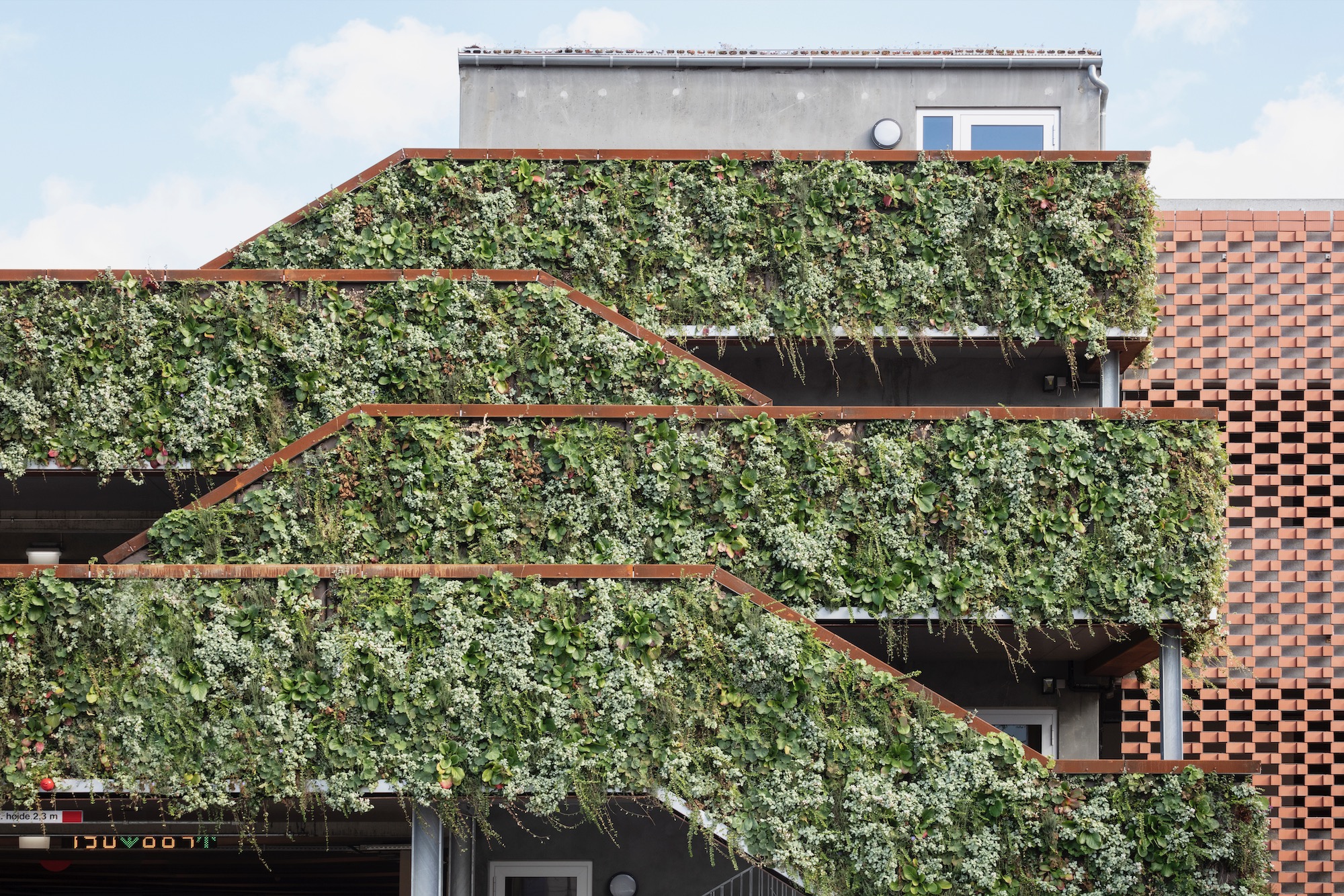 Through its design for a new multi-story car park in Roskilde’s historical heartland, Danish firm Årstiderne Arkitekter demonstrates the capacity for sustainable and sensitive parking facilities to offer more to the public domain than just utilitarian car-focused amenities.

In line with ongoing initiatives to beautify Roskilde’s historic heartlands, Årstiderne Arkitekter has designed a new multi-story car park to replace a former open-air parking lot on the edge of Sortebrødre Plads. Opened to the public in 2018, the car park has a capacity of 500 spaces over ten split-levels, and services the city’s commercial axis, cultural precinct, and Roskilde Station.

The car park also serves as a significant landmark at the eastern end of this historically rich precinct, which is crowned by Roskilde Cathedral to the west and contains St. Catherine’s Priory, Roskilde Mansion, the city library and museum and many old, characteristic residential buildings.

A set of ‘hanging gardens’ on the western facade defines the car park’s entry point and places particular focus on the visitors’ arrival to the building. This three-dimensional green facade adds to the patchwork of green spaces throughout Roskilde’s cultural axis; it is composed of a large, landscaped external stairway and elevated public terraces for people to meet, rest, and sight-see. As a piece of civic architecture, the green facade also signposts and beautifies the end point of Roskilde’s cultural precinct.

The facade’s angular geometry invites upward movement and expresses the car park’s staggered internal split-levels. In doing so, the western facade brings down the building’s utilitarian scale to a human level, allowing the car park to engage much more invitingly with locals, tourists, and commuters alike. Furthermore, the vertical greenery — ‘a modern interpretation of the Hanging Gardens of Babylon’ — purifies the air and absorbs more sound than a traditional facade, thereby reducing the impact of the car park on its surroundings.

The car park’s three other faces are veiled in a perforated facade composed of red brick tiles threaded on steel cables and hung from the uppermost concrete slab. As a key component of the car park’s public identity, this innovative facade system presents a harmonious yet modern articulation of the precinct’s rich brickwork and colour palette. As time passes, climbers planted at the base of the facades will grow and slowly intertwine with the hanging tiles, forming a tapestry of leaves and bricks to complement the greenery of the hanging gardens.

Functionally, the hanging brick facade not only moderates the visual impact of cars and headlights on neighbouring buildings, but also allows natural light and air inside to create a sense of openness not traditionally associated with car parks. As sunlight filters through the pattern of offset bricks, dynamic internal lighting conditions emerge and shift across the day. Concurrently, fresh air flows in through the voids and passively ventilates the interior, minimising operational costs and energy demands.

Embedded within the multi-story car park’s design are also cradle-to-cradle design principles that contribute to the building’s long-term sustainability. At the end of the car park’s life cycle, the hanging facades can be detached from the concrete, and the brick tiles simply un-threaded and reused elsewhere. Moreover, the building’s internal structure is composed of prefabricated concrete decks, columns, walls, and beams, which were delivered and assembled at the site. These concrete elements were mostly pre-finished and did not require additional treatment on site, reducing construction time and the emissions associated with material delivery.

Årstiderne Arkitekter’s new multi-story car park demonstrates that as pieces of public architecture, parking facilities need not necessarily be merely utilitarian or hidden underground, but can engage intelligently with urban contexts and provide compelling social amenities to cities. Through sensitive architectural responses and insightful material choices, Årstiderne Arkitekter’s team has designed a sustainable and inviting place to park in the center of Roskilde — one that defines the eastern end of the historical precinct and contributes a source of aesthetic delight to daily commutes. 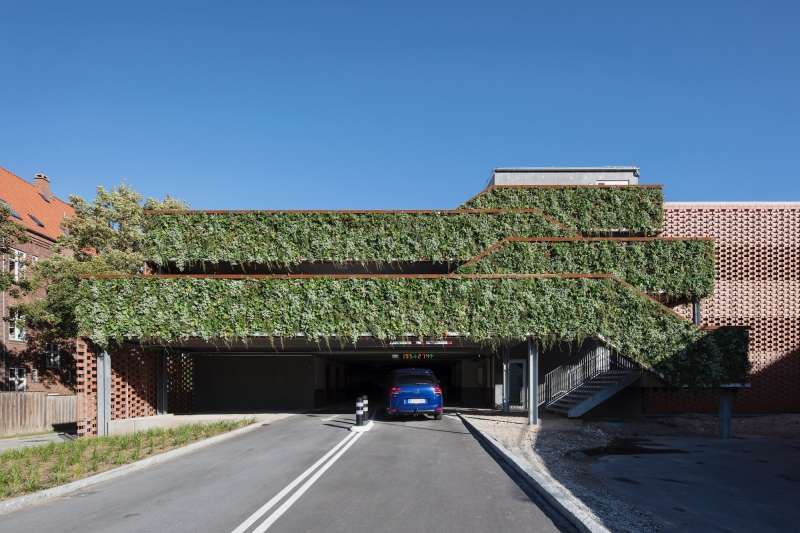 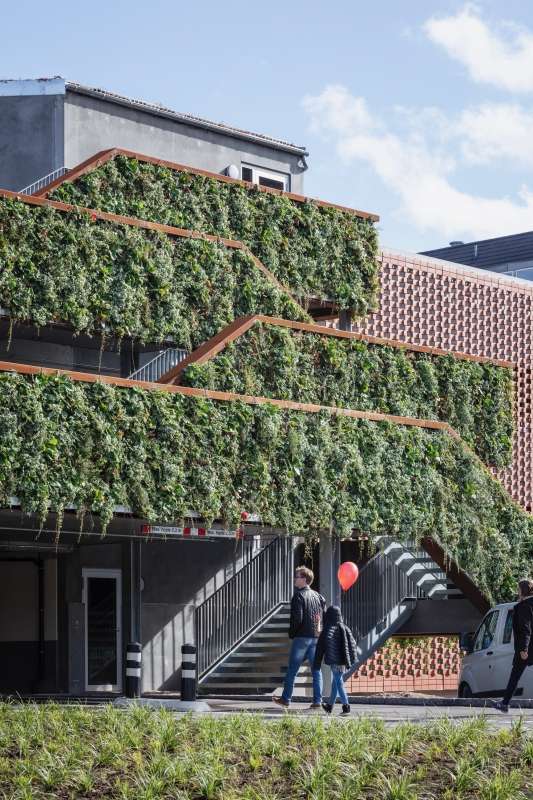 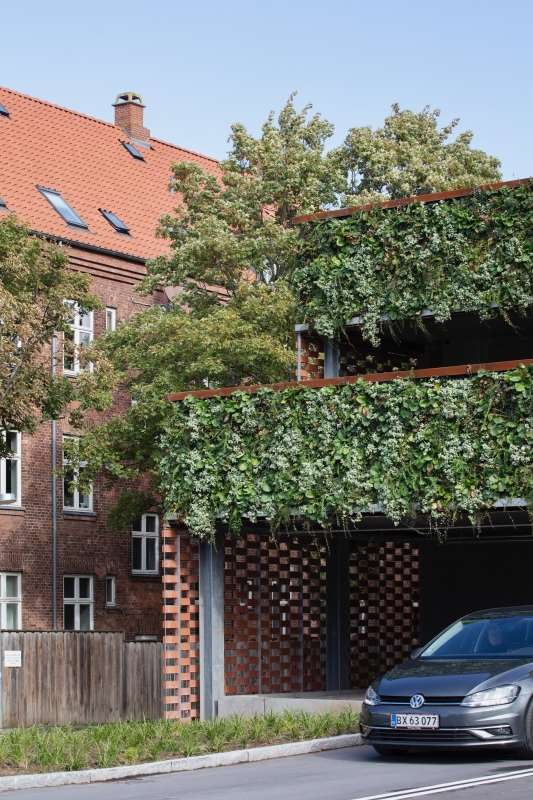 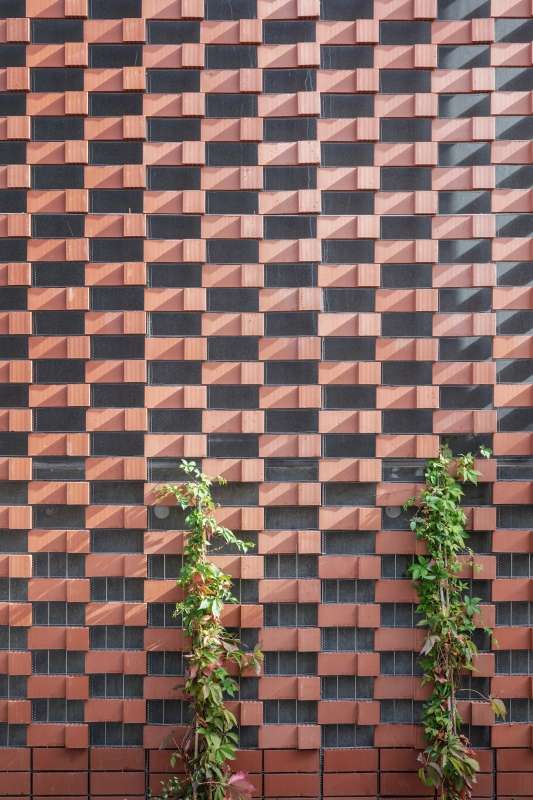 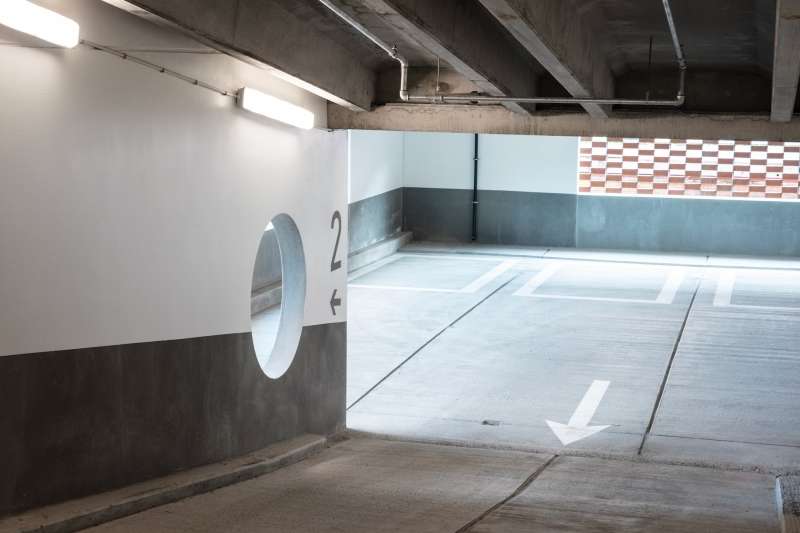 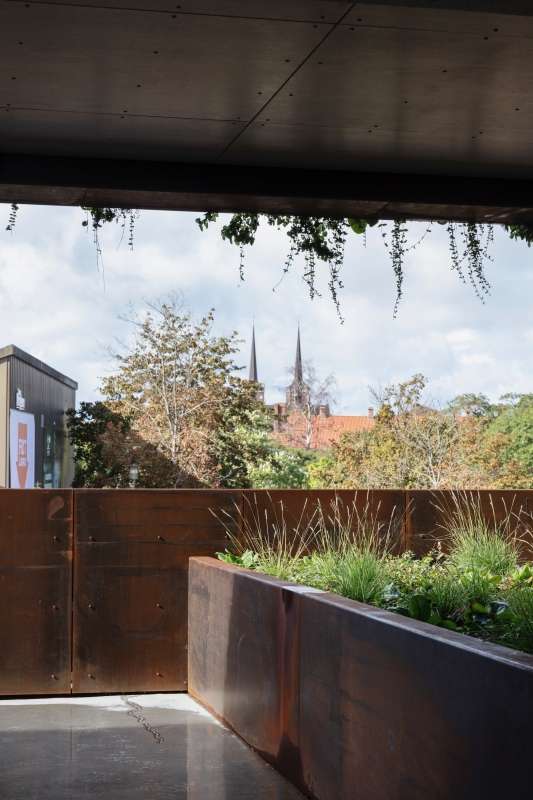