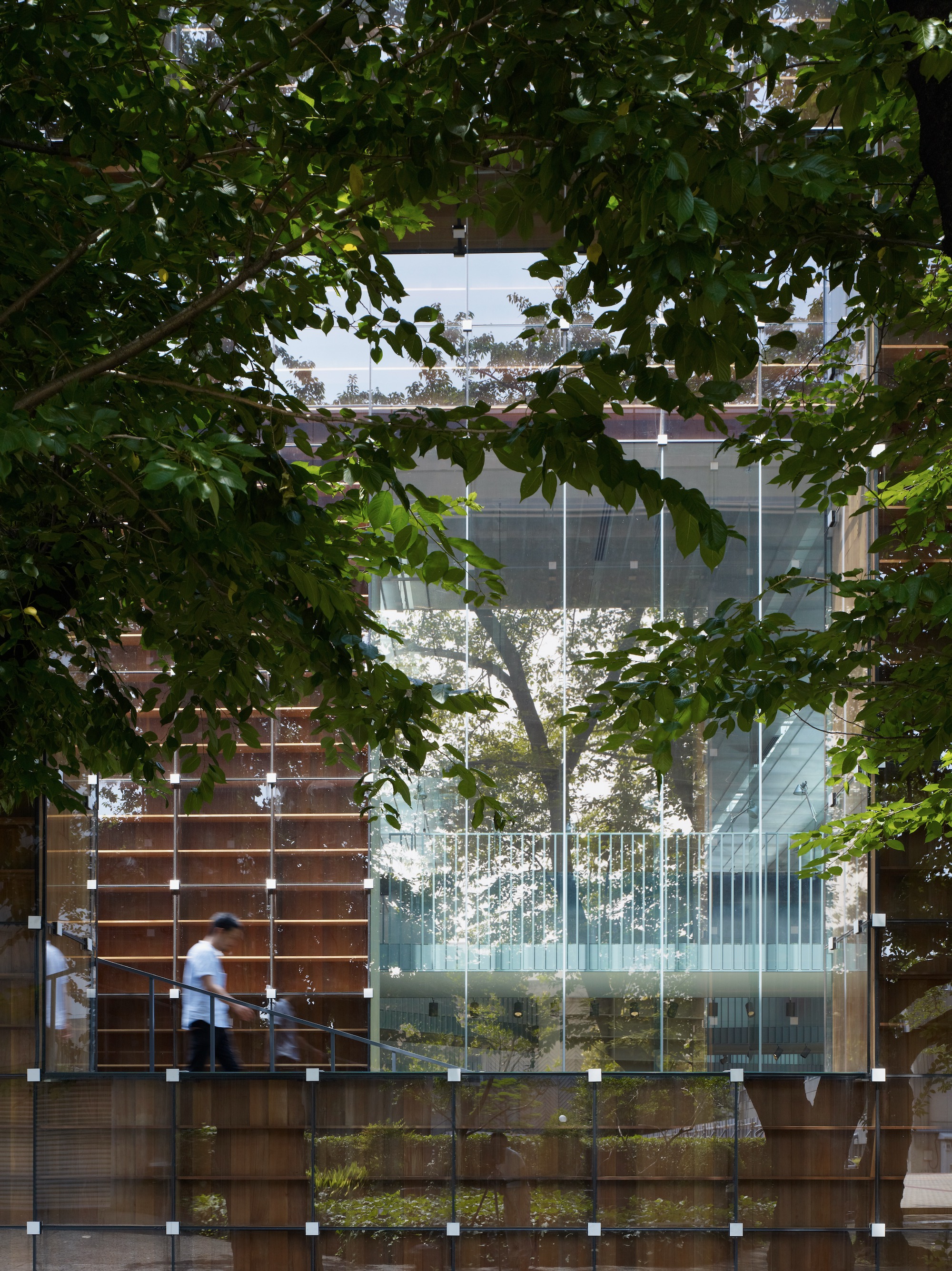 Sou Fujimoto’s new library for the famous Musashino Art University in Tokyo, Japan, suggests that in the internet-age a library is just that: a library.

All it needs are good lighting, good orientation, bookshelves, and nice reading areas. Fujimoto’s Musashino Art University Library has all these ingredients and more.

For years, it was drummed into us that libraries today must be highly-tuned high-tech multimedia studios in order to survive as a building type. Supposedly, modern offices are now paperless and libraries book-less – but the opposite has more charm. This, at least, is evidenced by the latest building in Tokyo by Japanese architectural shooting star Sou Fujimoto.

For the famous Musashino Art University Fujimoto built a new library that is simply one thing: a large bookshelf with books in it. This amazingly simple, devastatingly appealing concept is the result of an art-loving client. The Musashino Academy of Art traditionally awards its commissions to young architects who dare to experiment. Luckily, the new building gets by without any stress to be modern by all means. Although Fujimoto (b. 1971) is considered a “young architect”, he is not unknown – neither in Japan nor in Europe: no other architect of his generation has garnered as much advance praise as Fujimoto, even though he has hardly built anything. With its 26,900 square feet of space, the Musashino Art University Library is by far Fujimoto’s biggest work.

However, Fujimoto’s small oeuvre does not stand in his way to worldwide fame. Even his small cabinet pieces have clients, critics, the public, and colleagues alike entranced: five small residential houses in Japan – from Kumamoto on the southern Japanese island of Kyushu in the south to his home on the northern island of Hokkaido – sufficed to carry Fujimoto to one of the greatest honors that the world of architecture has to offer: to design the Serpentine Pavilion in London, ennobled by the architecture critic Edwin Heathcote this summer as “the best Serpentine pavilion of all times”.

The “Musashino Bijutsu Daigaku”, as Musashino Art University is known locally, traces its roots back to the “Imperial Art School of Japan”, which was founded in 1929 at a time when the Japanese Empire still included large parts of Northeast Asia. It is still regarded as the leading art school in the country. Fujimoto had won the competition for the new library building against ten other young architecture offices in 2007. His idea is simple and consistent: all the walls of the library inside and outside consist of huge bookshelves made ​​of light wood – on the façades they are encased by a layer of glass-like set in aspic.

The spiral-shaped floor plan opens ever new vistas and cross-connections for the visitors that are ideal for strolling and browsing. The spiral form had already been used as the central spatial motif by Rem Koolhaas in his epochal Seattle Public Library in the state of Washington on the West Coast of the U.S. Fujimoto compares his design to a “forest of books”.

The 30-foot-high shelf walls are perforated by openings offering short cuts. These openings allow visitors views into the clearings of the “forest” and the book inventory. Half of the 200,000 titles are placed in the open access area. Reading areas are connected to each other by small bridges. The wide staircase can also be used as an auditorium. Evenly filtered natural light from above enters the library through polycarbonate panels, creating cozy reading areas.

What makes a library? “Books, shelves, light, and beautiful places,” says Fujimoto-san – and his new building in Tokyo offers nothing more and nothing less. Fujimoto wanted to create “the simplest library in the world”, one that should still offer two things: fast access to titles that you are looking for, and the random encounter on the way with titles that you never knew existed. In the Google era, that is the more decisive quality of contemporary library design. Despite the “antinomian movement of the radial displacement and the rotation” (Fujimoto), the organization of the library is clear, yet the spatial layers of the Musashino Art University Library unfold only when passing through, like the skins of an onion, thus revealing the wisdom of their good old book on shelves ‘en passant’. Libraries should store knowledge, but also help to re-link it.

Digitalization may put the continued existence of libraries in question. In fact, the current student generation, the first one that has grown up with placeless information, enjoys the “hardware” of libraries, which are nothing more than places for books. That is precisely what Fujimoto prophesied in his book titled “Primitive Future”. 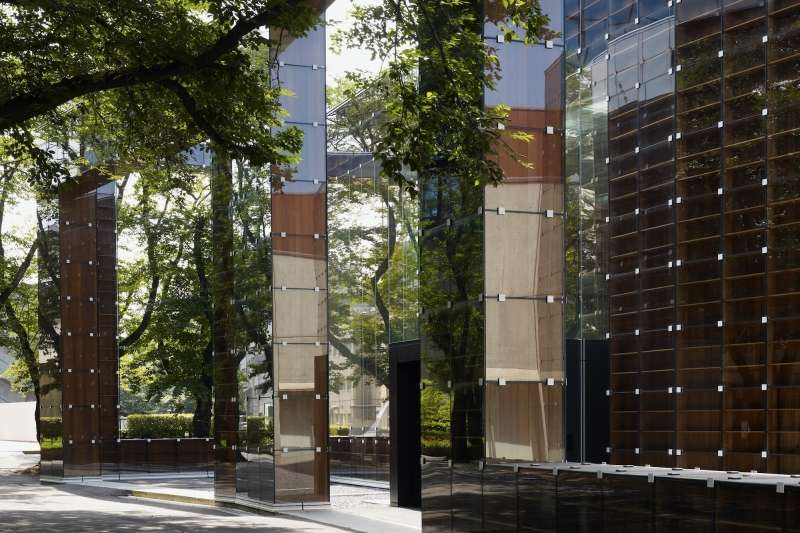 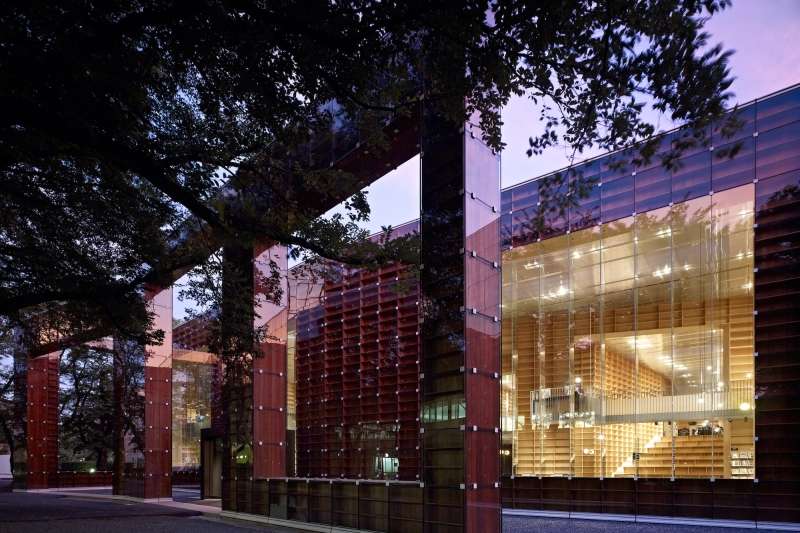 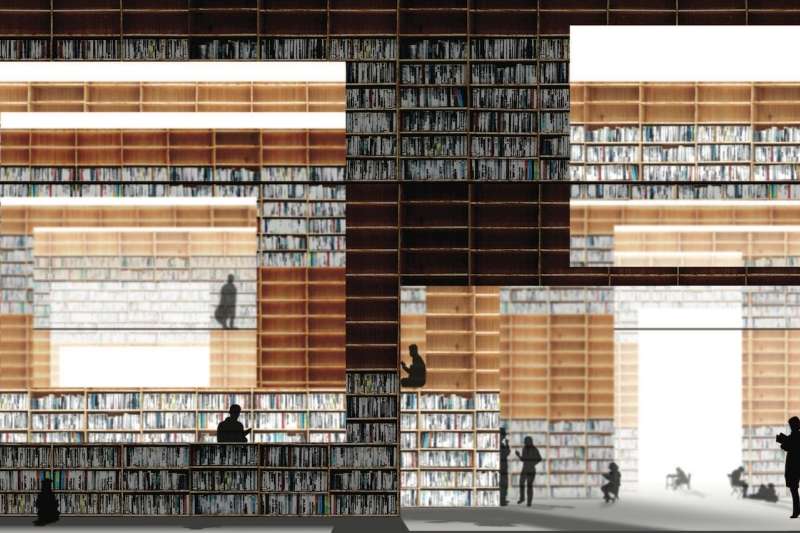 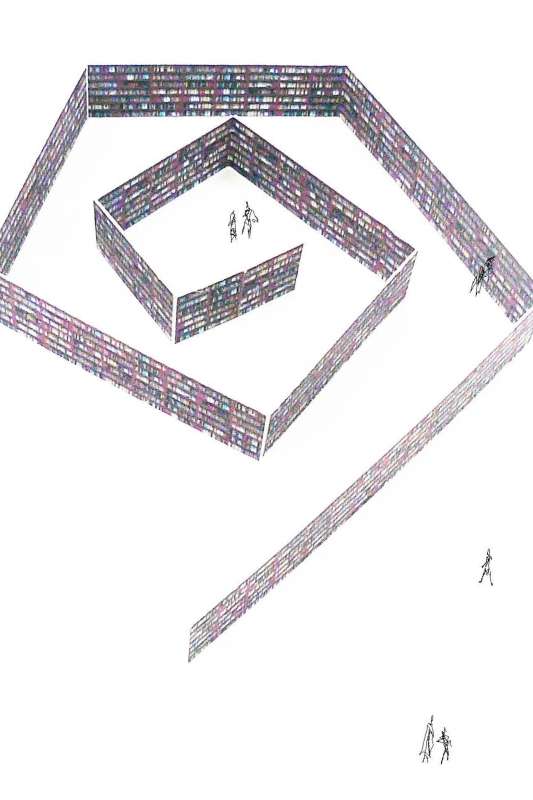 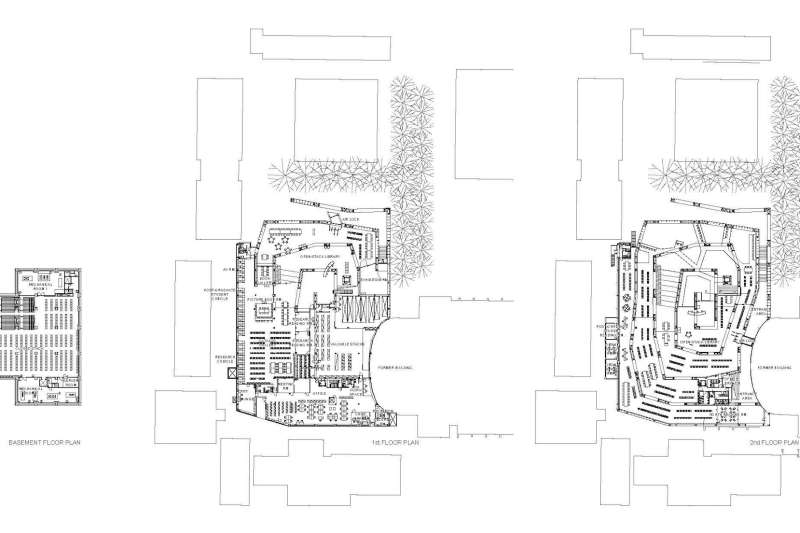 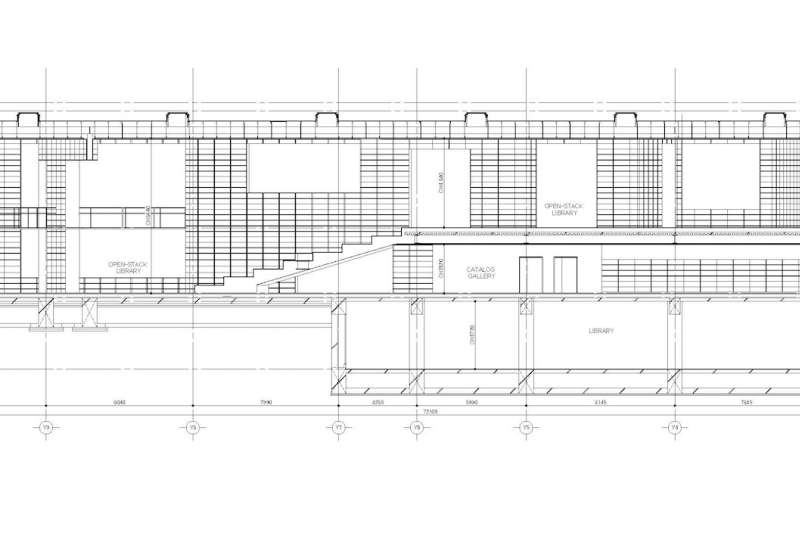 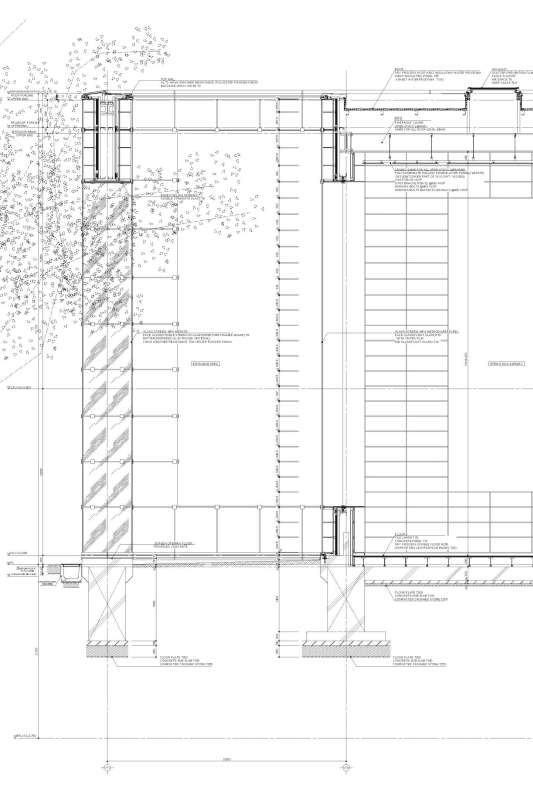