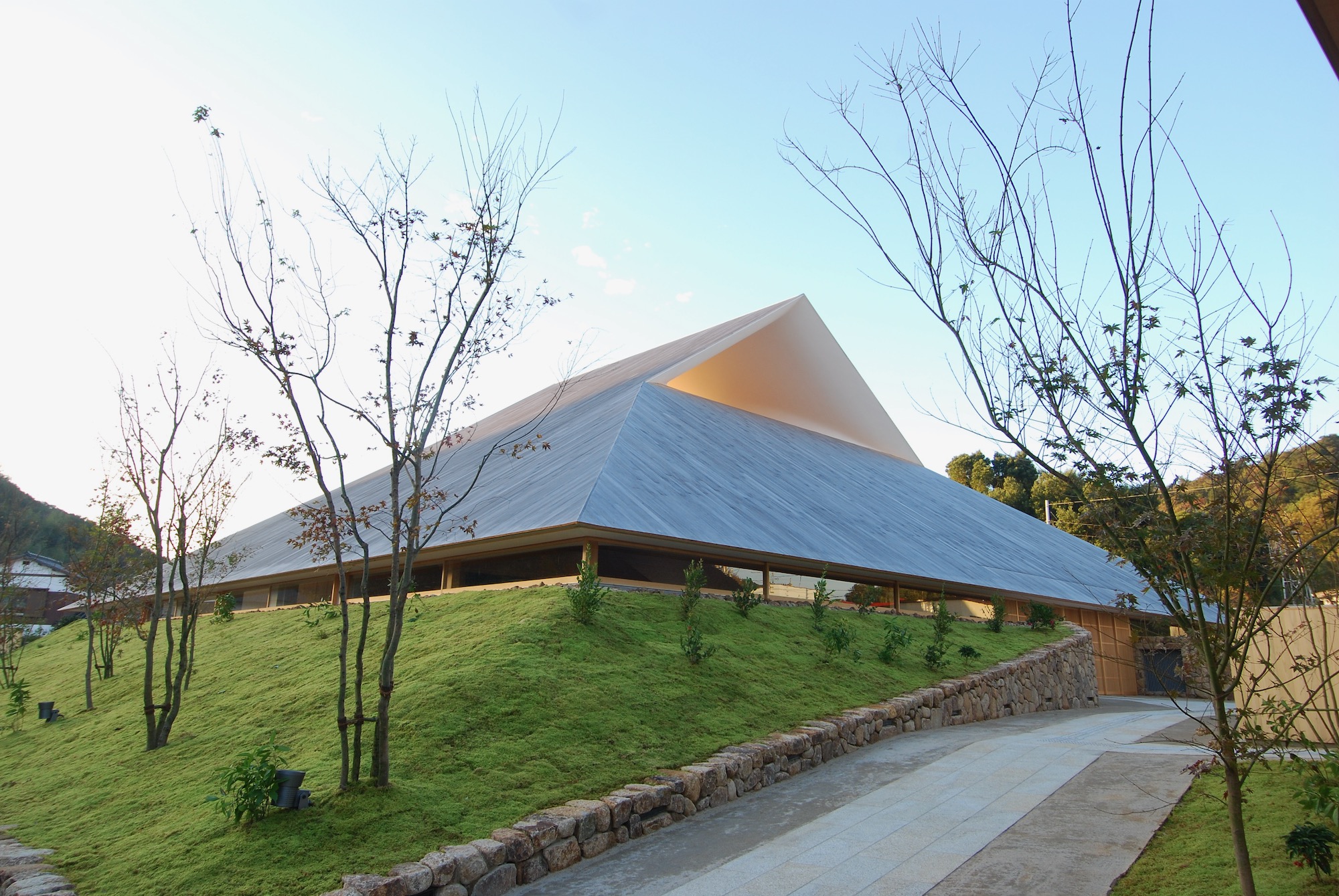 The remote island of Naoshima lies within the prefecture of Kagawa, in Japan’s Seto Inland Sea.

Naoshima is known to many for its impressive collection of art and architecture – as a part of the Benesse Art Site, it houses works by Tadao Ando, James Turrell, and Ryue Nishizawa. Yet the island is also home to its own architectural traditions, which can be seen across the island’s villages and valleys.

The Naoshima Hall project by Hiroshi Sambuichi places a beautifully nuanced building in Honmura, an old castle town on the island’s eastern edge. It is at once a work of art, an astonishing piece of architecture, and a symbol of Sambuichi’s research into this island’s many ‘flows’.

Naoshima Hall is a project grounded in local history and knowledge. As Hiroshi Sambuichi explains, the project is chiefly influenced by ‘the wisdom of the local way of life, which comprises an intimacy with nature in an unbroken succession since distant medieval times.’

To better understand the island, Sambuichi spent two and a half years studying its sun, wind and water patterns. During this time, he also noticed how the local architecture responds to these phenomena, through subtle gestures in siting, orientation, and planning.

Much of this research translates into Naoshima Hall. The project, which measures around 1.000 square meters, is made up of a large multipurpose hall, a smaller community center, and a moss garden, which is bordered by a pond. The hall’s interior is an open-plan space with a stage for practicing bunraku puppetry. These functions are intended to serve both local residents and tourists who pass through the town.

On approach, the defining feature of Naoshima Hall is its roof, an impressive form made from hinoki, or Japanese cypress. This roof maintains a traditional hipped profile and hovers above a long, low berm. Off to the side, the community center adopts an equally elegant form, rising in vertical tiers towards the sky.

These elements also serve a climatic purpose. All of these gestures appear in Naoshima’s building vernacular and were observed, and appropriated, by Sambuichi. The berm, for example, provides thermal mass to the hall’s interior and helps regulate seasonal temperatures. The crisp, triangular opening in the hall’s roof is similarly pragmatic – it allows the prevailing north-south breeze to flow through the roof and, when opened, draws inner air up from below.

Moving inside, Naoshima Hall continues to balance traditional architectural thinking with impeccable contemporary craftsmanship. The space is kept flexible, allowing it to accommodate anything from performance to a sports game.  Meanwhile, a floating timber platform, which juts out into the water, can be appropriated as a tea ceremony venue or theatre stage.

The hall space is lined with soil walls and both earth and hinoki floors, while the sweeping ceiling is covered in white stucco. These natural materials ensure that Sambuichi’s architecture remains ‘a part of the Earth.’

A similar sense of tactility continues in the community center, where the soaring roof is supported by a gable-ridge beam. Below this lie several functions, including a kitchen, two tatami rooms, and a small bathroom. Handmade washi paper screens divide the spaces and are crafted with care rarely seen outside of Japan.

Naoshima Hall is the cornerstone of a broader research project that Sambuichi is undertaking. Titled The Naoshima Plan, it aims to communicate the island’s material history and subtle natural patterns to the next generation. According to Sambuichi, ‘The Naoshima Plan is an attempt to show the moving materials – like water and air – of the entire island, manifested in individual buildings, and to make people once again recognize their beauty and importance.’

It is rare to find a building as meticulously crafted and thoughtfully configured as Sambuichi’s latest creation. For this, and for its lessons on posterity, Naoshima Hall is a truly remarkable piece of architecture. 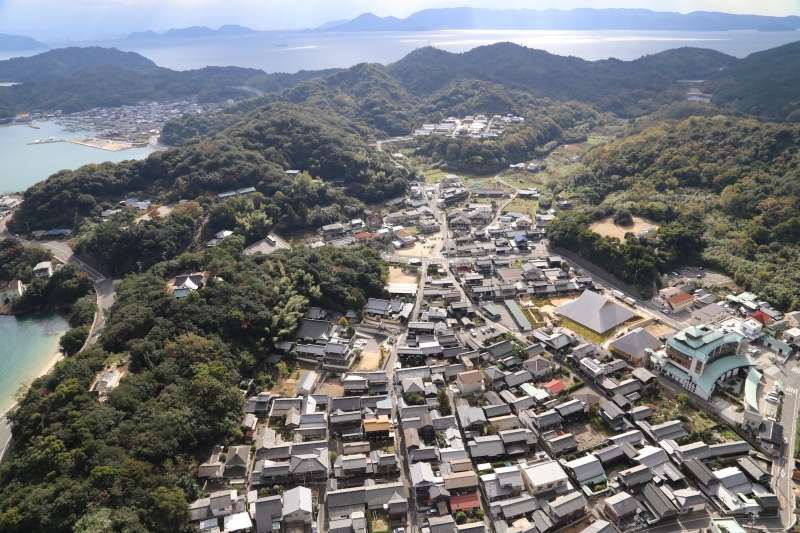 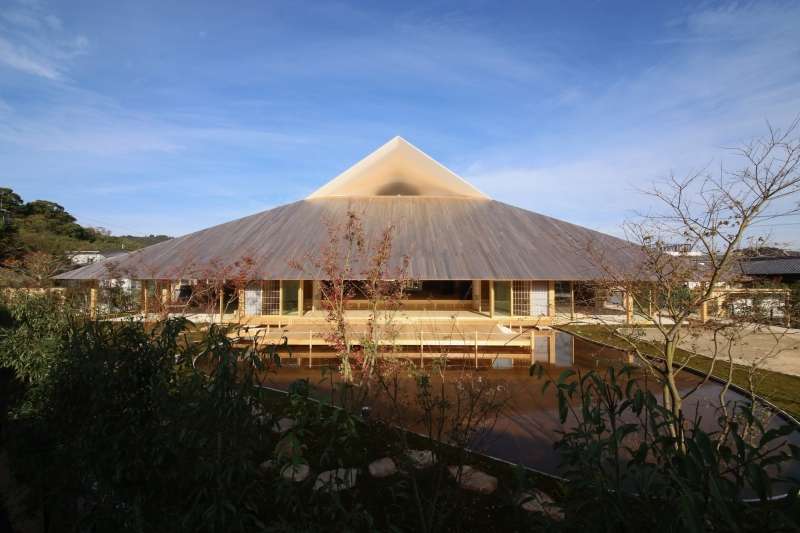 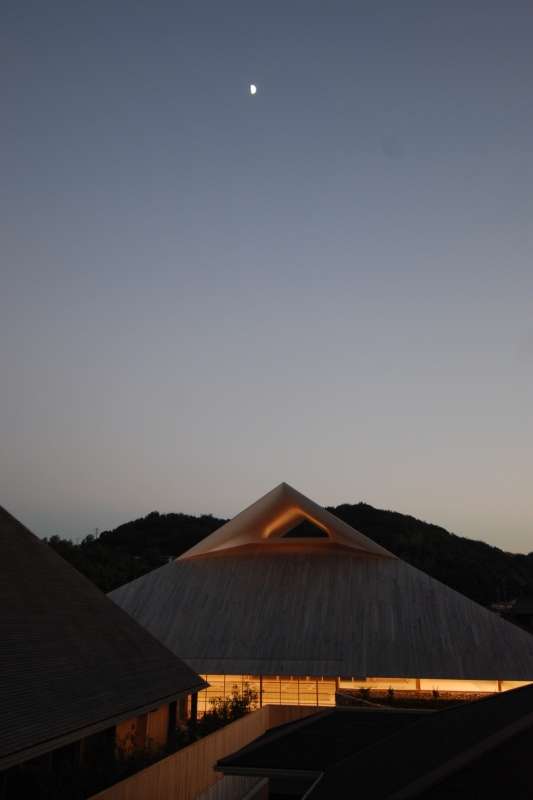 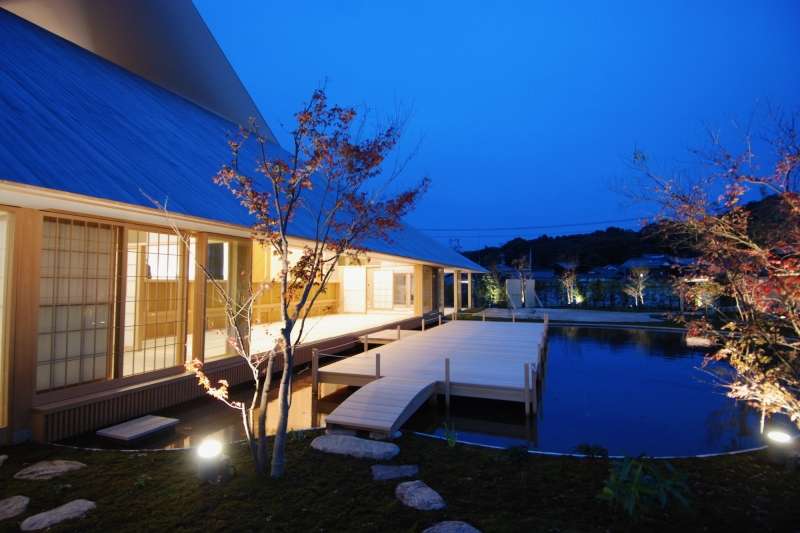 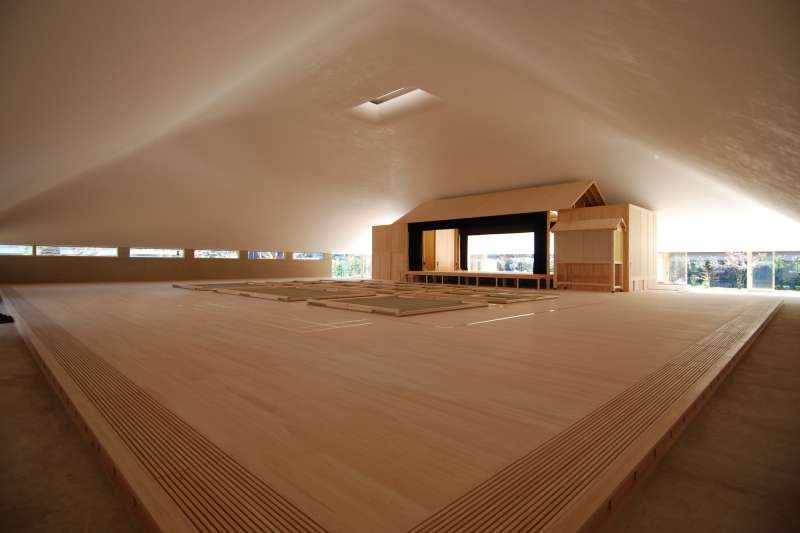 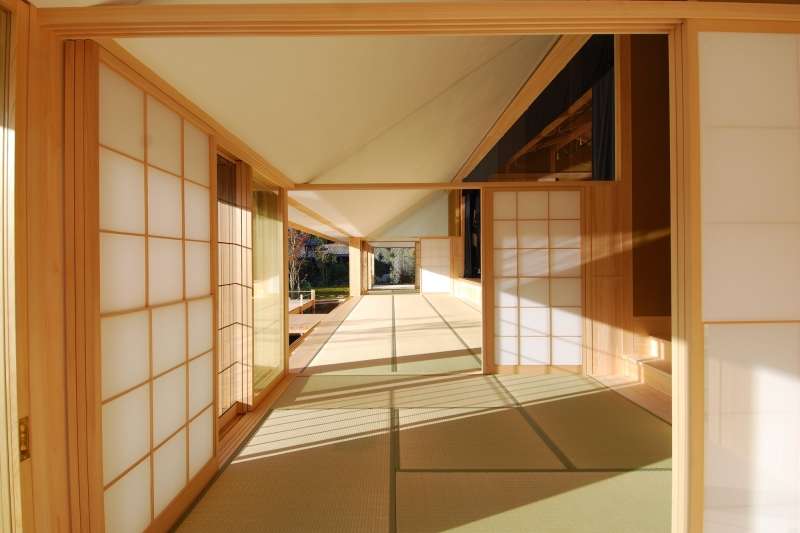 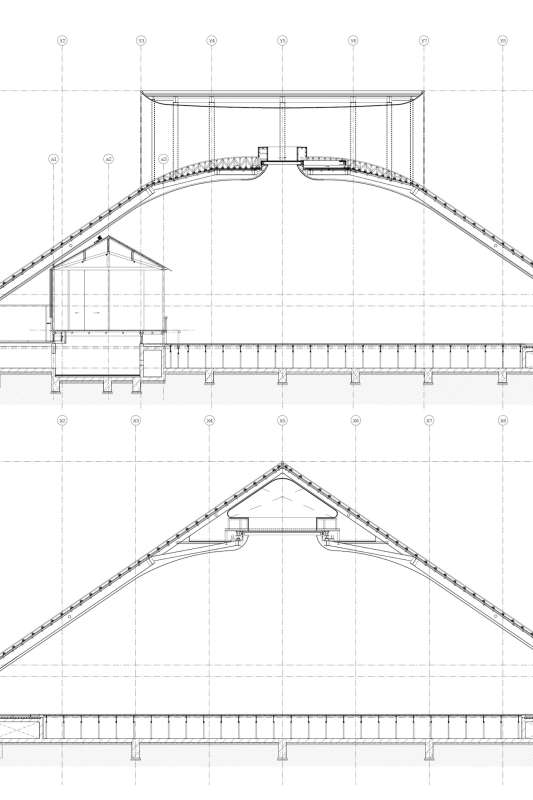