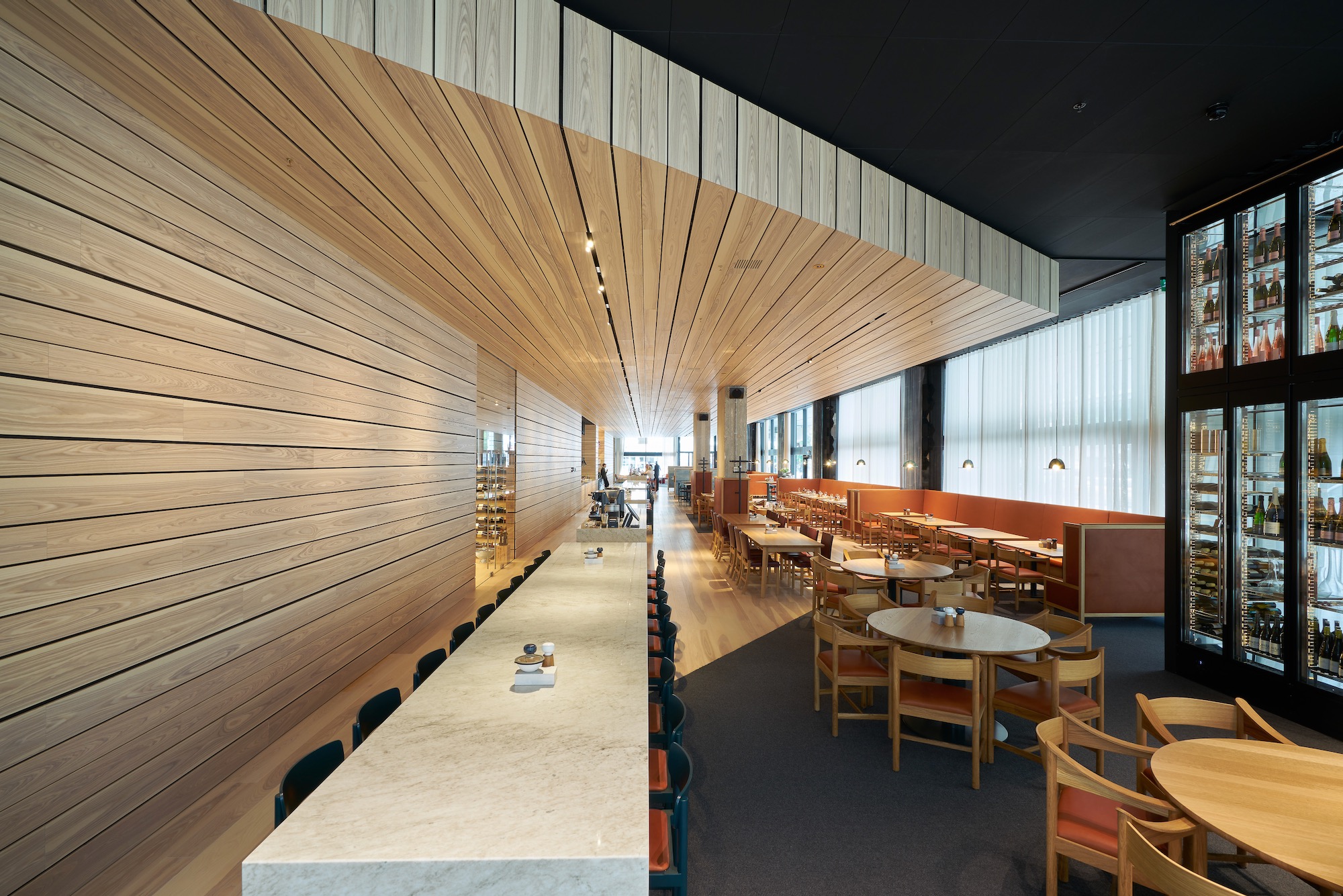 The Nordic Light Hotel in central Stockholm has reopened with a concept celebrating Nordic design.

Architect Todd Saunders is in the lead of the new concept that is reflected throughout the hotel’s interior, from the reception desk in Swedish marble, to paneling in local ash and minimalist Scandinavian furniture. Studio Markus Bergström and ten selected local designers have customized the hotel’s furniture and furnishings, while the upstairs rooms are aesthetically redecorated by John Tong.

Nordic Light Hotel is located in the center of Stockholm, close to the city’s central station. It is situated in an extension to Vasahuset, one of Stockholm’s more prominent modernist buildings by architect Lars-Erik Lallerstedt. In 2001, the hotel opened its doors for the first time as one of the city’s first design hotels with a focus on the ever-changing nuances of Nordic light. After an extensive renovation, the hotel reopened in May 2018 with a new concept that celebrates traditional Swedish design, culture, and lifestyle.

The shift in focus has brought major changes to the hotel’s architecture, interior and furnishings. Architect Todd Saunders is in the lead of developing the new visual concept and had the overall responsibility for the new architecture and design of the hotel. His Bergen-based studio, Saunders Architecture, has previously won prestigious awards for renowned works such as the Fogo Island Inn. In the renovation, the Nordic concept goes through in both choice of architectural building materials, Swedish timber and marble, and down to even the smallest detail, such as local leather and hand-painted textiles.

Inside Todd Saunders’ architectural envelope, Gothenburg-based Studio Markus Bergström is in charge of the creative direction and design of the hotel’s public areas. Saunders and Bergström have previously worked together in the project of Fogo Island Inn in 2013. In the renovation of Nordic Light Hotel, Studio Markus Bergström has commissioned ten local designers to customize the hotel’s furniture and items as contemporary interpretations of traditional Nordic design. The designers worked closely together with the manufactures in the process to produce unique furniture that holds true to the concept in both details and materials.

Among the chosen designers are Mats Theselius, the designer behind the cupboard classic “National Geographic”, and Jenny Norberg, who, with both the Wallpaper Annual Design Award and the Elle Interior Design Award on her CV, has designed the lights of the restaurant. In the lobby, architect Johannes Norlander has contributed with a new sofa built-in reference to the traditional Swedish sofa “Karl Johan”. Amanda Karsberg has designed the lobby stools in ash and Swedish Tärnsjö leather, while the lobby table by Fredrik Paulsen has a stone top of Ölandssten, a locally quarried resource.

The lobby space is combined with a bar and restaurant, its functions united by a light timber paneling. As part of the concept, all timber used in the renovation is local Swedish ash that covers floors, walls, and ceiling. The pale wood meets furnishings kept in a subtle color palette of dark greys and rusty browns, while the hotel’s reception desk and bar contrast the timber with the solid Swedish marble of the name “Ljus ekeberg”.

Previously, the restaurant and the lobby were separated and accessed separately but has since the renovation been combined into one, open space. Curtains and groups of furniture create smaller niches in the large space and the result is a room that feels open and intimate at the same time.

Canadian architect John Tong has been in charge of redesigning the hotel’s 169 rooms with an elegant composition of Nordic aesthetics and colors. As the founding principal of design studio +tongtong, Tong’s work has previously been exhibited in places such as MOMA in New York and the Design Exchange in Toronto.

For the rooms, John Tong has picked a selection of minimalist Scandinavian furniture and furnishings, all kept in a simple, restrained color scheme of nuances of blue. Together with light timber, layers of fabrics and soft curtains, the rooms become a calm, intimate contrast to the large common spaces downstairs and a secluded space for relaxation. 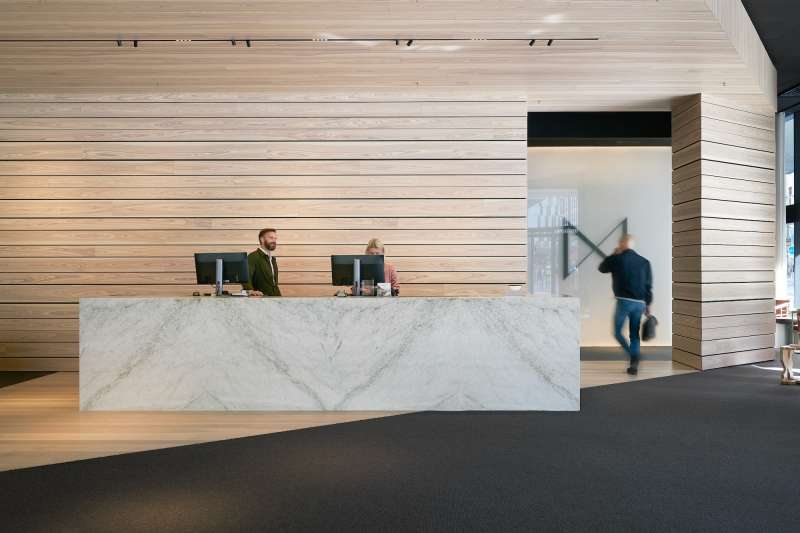 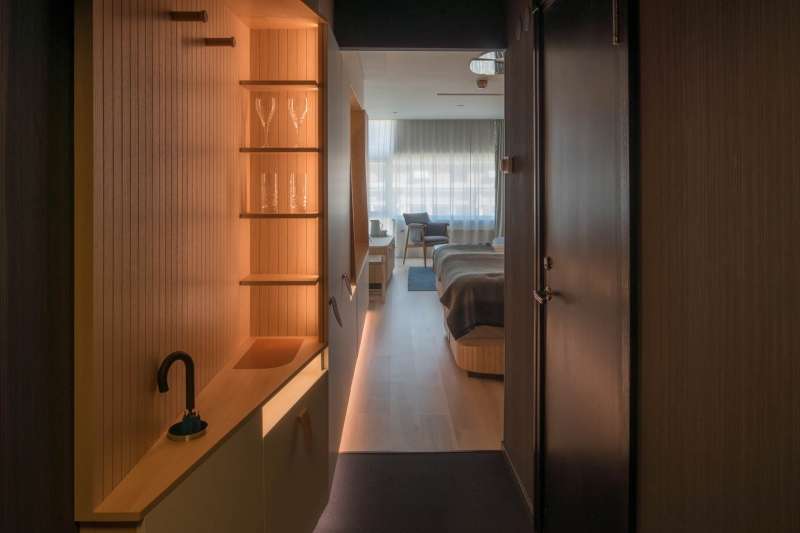 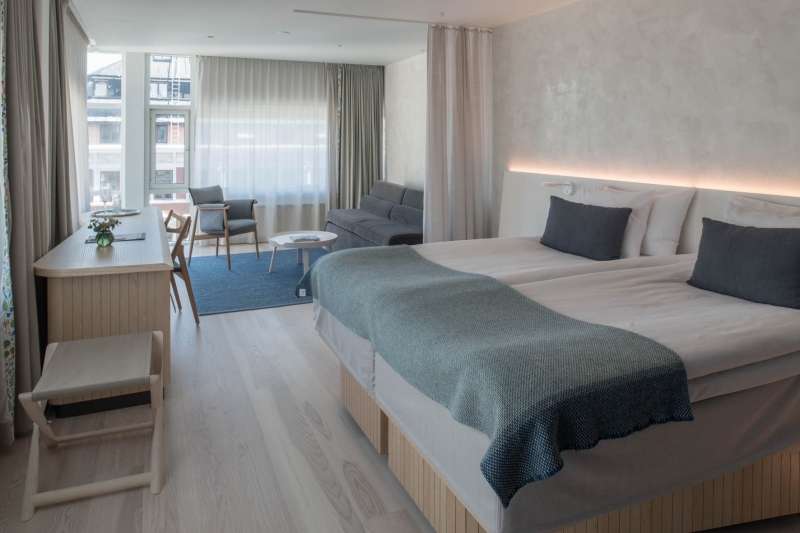 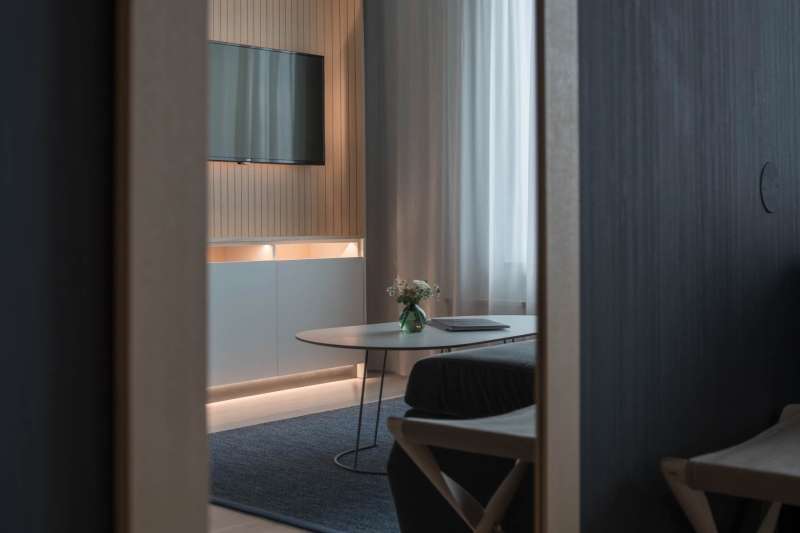 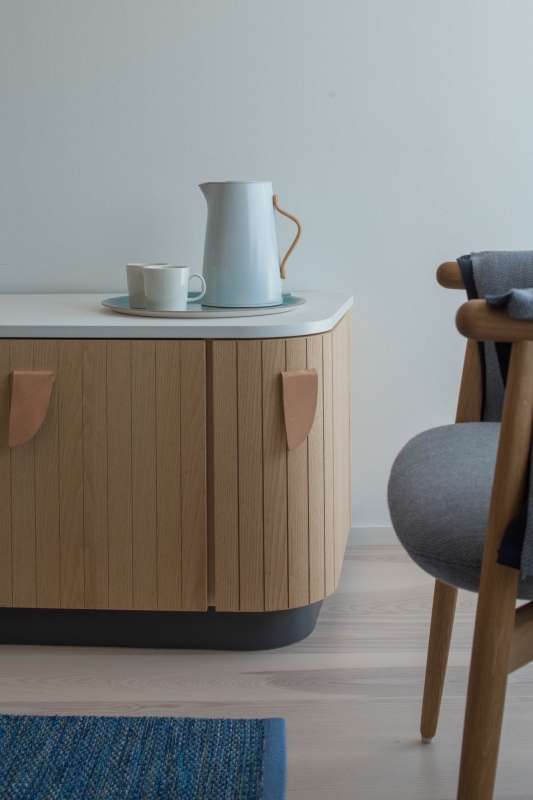 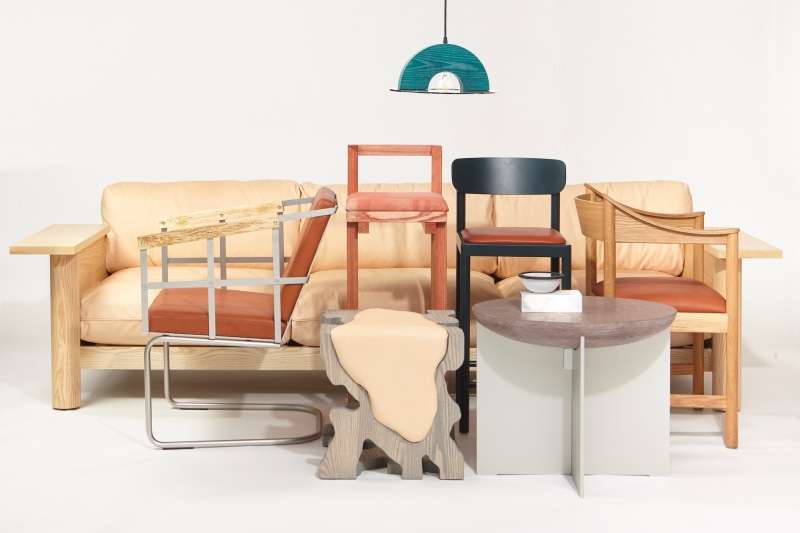