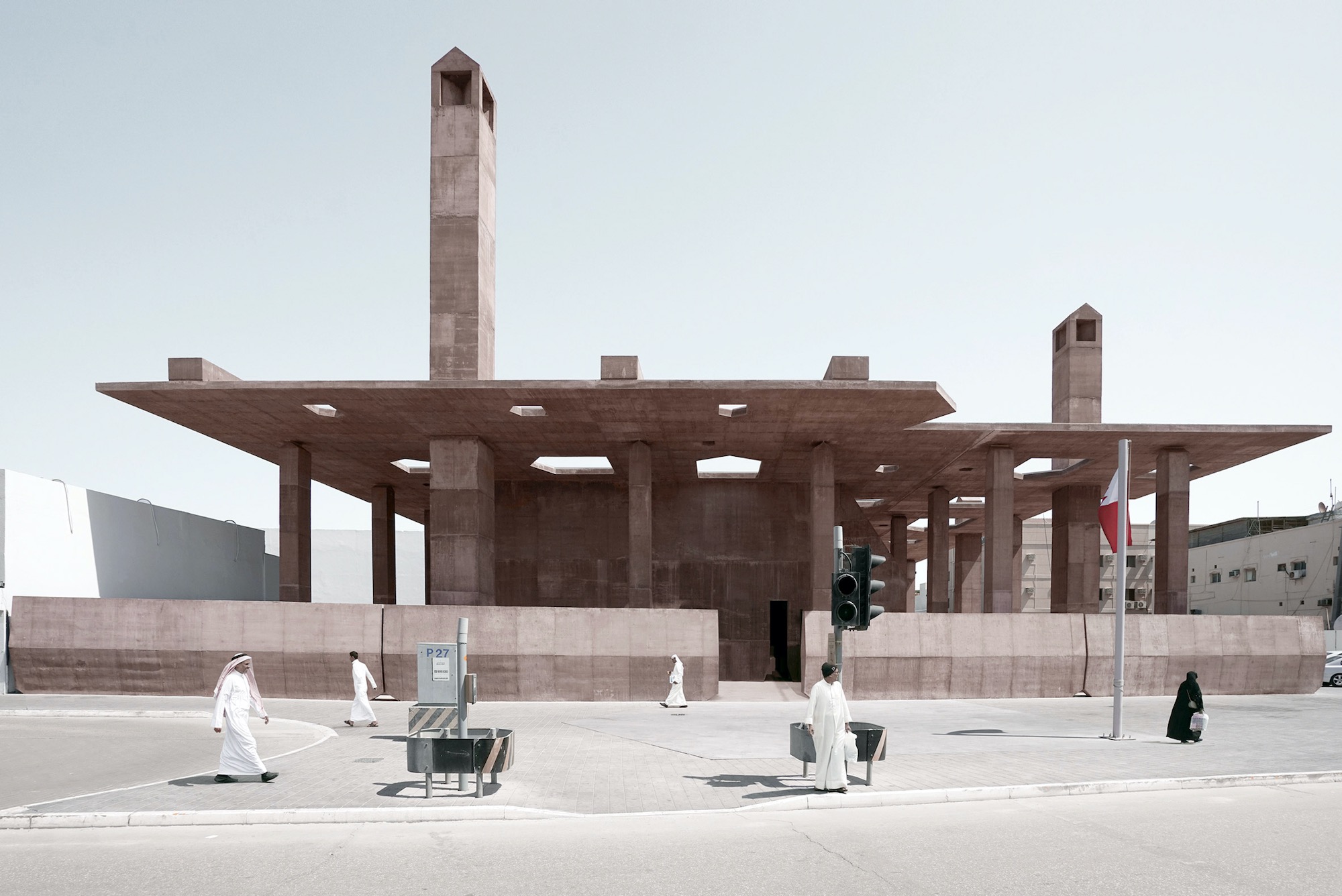 Tightly woven into the dense urban fabric of old Muharraq in Bahrain, the Pearling Site Museum and Entrance by Valerio Olgiati Architect offers a novel take on how architecture can give new forms of representation to contextually relevant public space.

Pearling – diving or fishing for pearl oysters – found an epicenter in Muharraq at a time when the pearl trade dominated the Persian Gulf economy. While this activity saw a decline by the 1930s, Muharraq is now home to a UNESCO world heritage site thanks to pearling’s social, cultural and economic significance in the region. The city presents some of the more accessible aspects of its pearling heritage in the form of ‘the pearling path’ — a 3.5km long trail connecting three oyster beds and 17 buildings in Muharraq’s historic core. Forming a midpoint to this trail is a new building by Valerio Olgiati Architect, a hybrid of the visitor center, museum, and public space.

Described by the architects as “an urban room for the people of Muharraq with the scale of a public park” the building is conceptually grounded and organized by one clear architectural idea – its roof. Raised ten meters off the ground by a forest of sculptural columns and perforated by a constellation of geometric openings, the roof both defines the physical extent of the building and carves out a new kind of public space in the heart of Muharraq. Presented underneath the vast concrete canopy are a museum space and an Amara – a series of ruins that were once a warehouse, factory, and marketplace. The height and extent of this public ceiling give the space an appropriately civic dimension, providing a “natural locus” within the dense city of Muharraq.

However, the emphasis on the roof is more than just architectural semantics – the roof also allows for precious shade from the harsh outdoor climate. Many of the columns bearing the roof extend upward to form wind towers, drawing cool air down into the covered area below. This gives the building an opportunity to form a truly public outdoor space, a sad rarity in many Gulf cities.

The building’s roof, columns, walls, and landscaping are a colored, cast in-situ concrete that Olgiati has also used in other projects to great effect. Ranging from pink to red to grey, the surfaces of the building bear the marks of the formwork used in its construction. Punching through the thin roof slab is a network of arrow-shaped holes oriented in different directions. This angular geometry is echoed in the sculptural columns and gently sloping walls that define both the perimeter of the building and the interior space containing the museum — attention to detail that extends from the largest roof opening to the smallest chamfer on the building’s external walls. Even the ventilation hatches in the museum’s interior echo the geometry of the roof openings.

Stripped back and almost archaic, the materiality and geometry of the building interrelate to form a consistent sense of interiority – one has the sense that the building is its own consistent universe with a clear formal language. In this building, Olgiati has used a refined sense of archaic simplicity to form a new kind of contextually relevant public space. 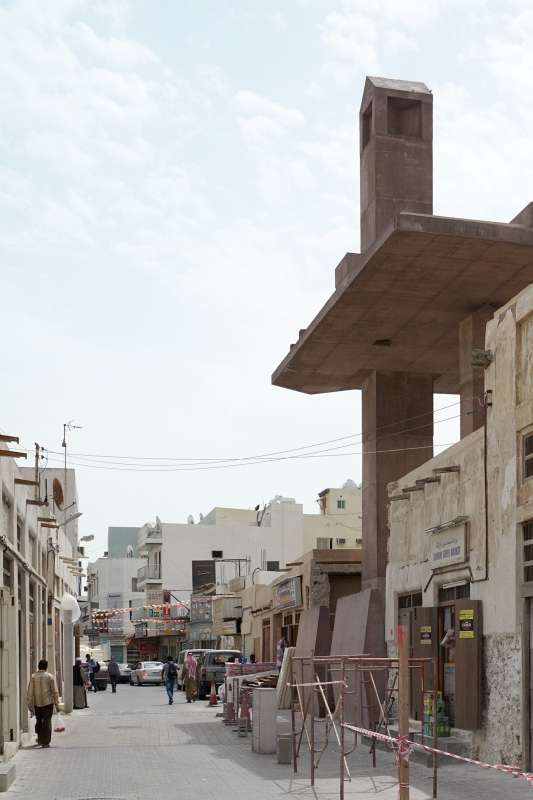 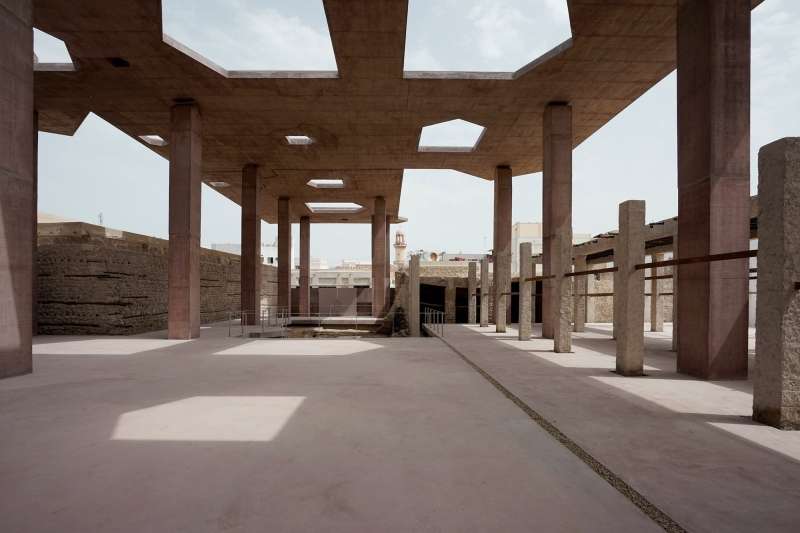 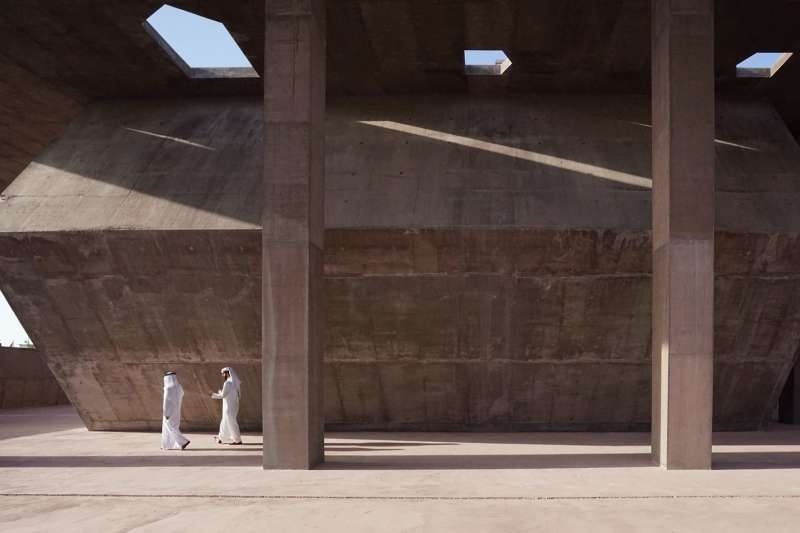 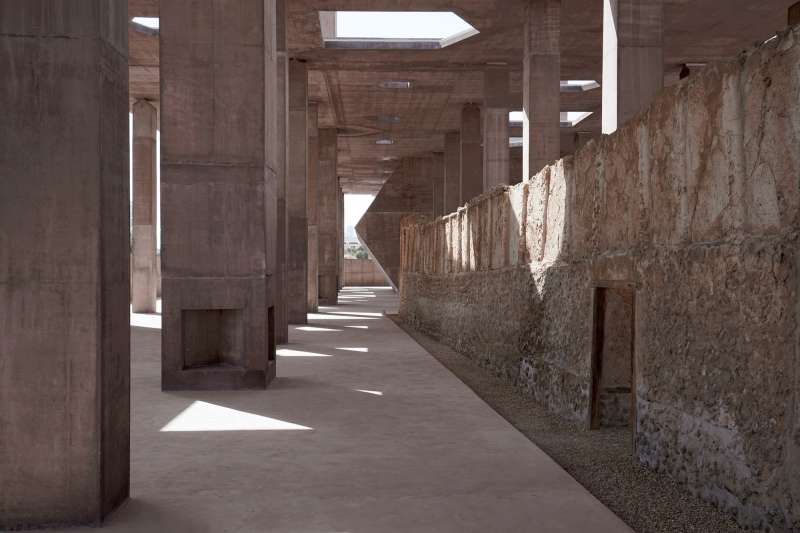 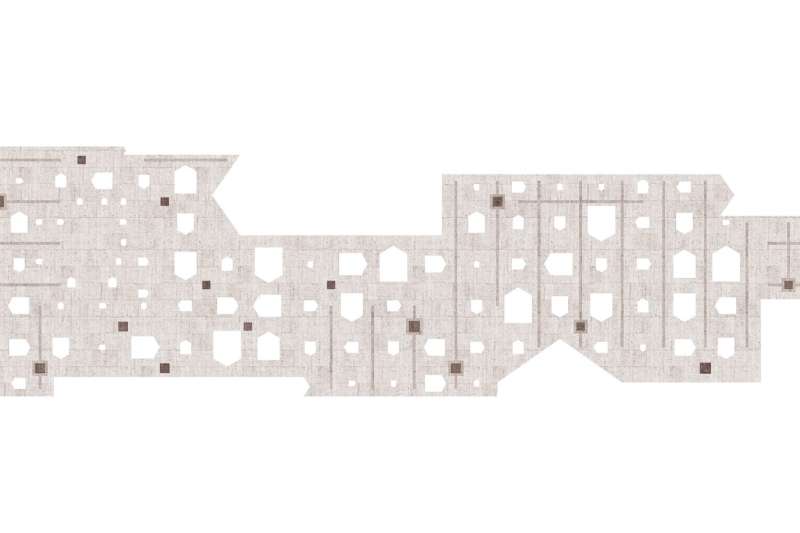 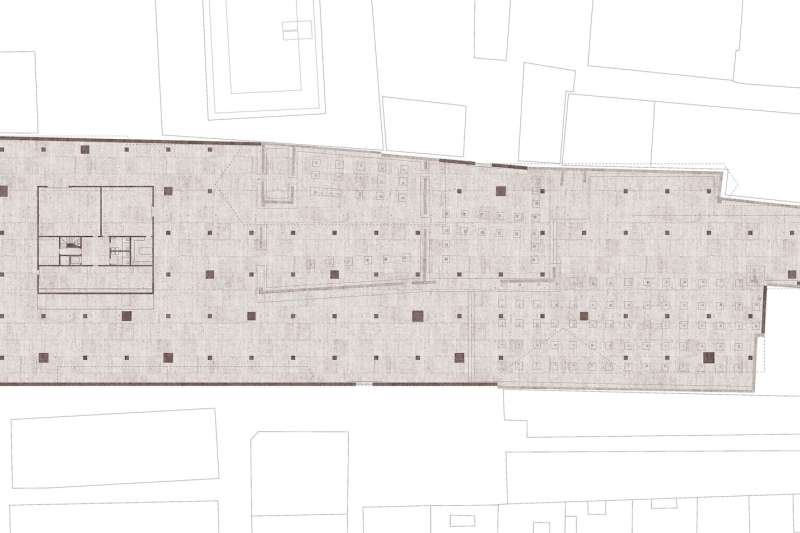 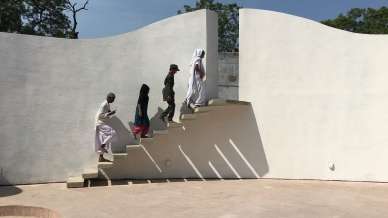 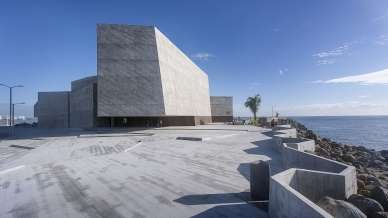