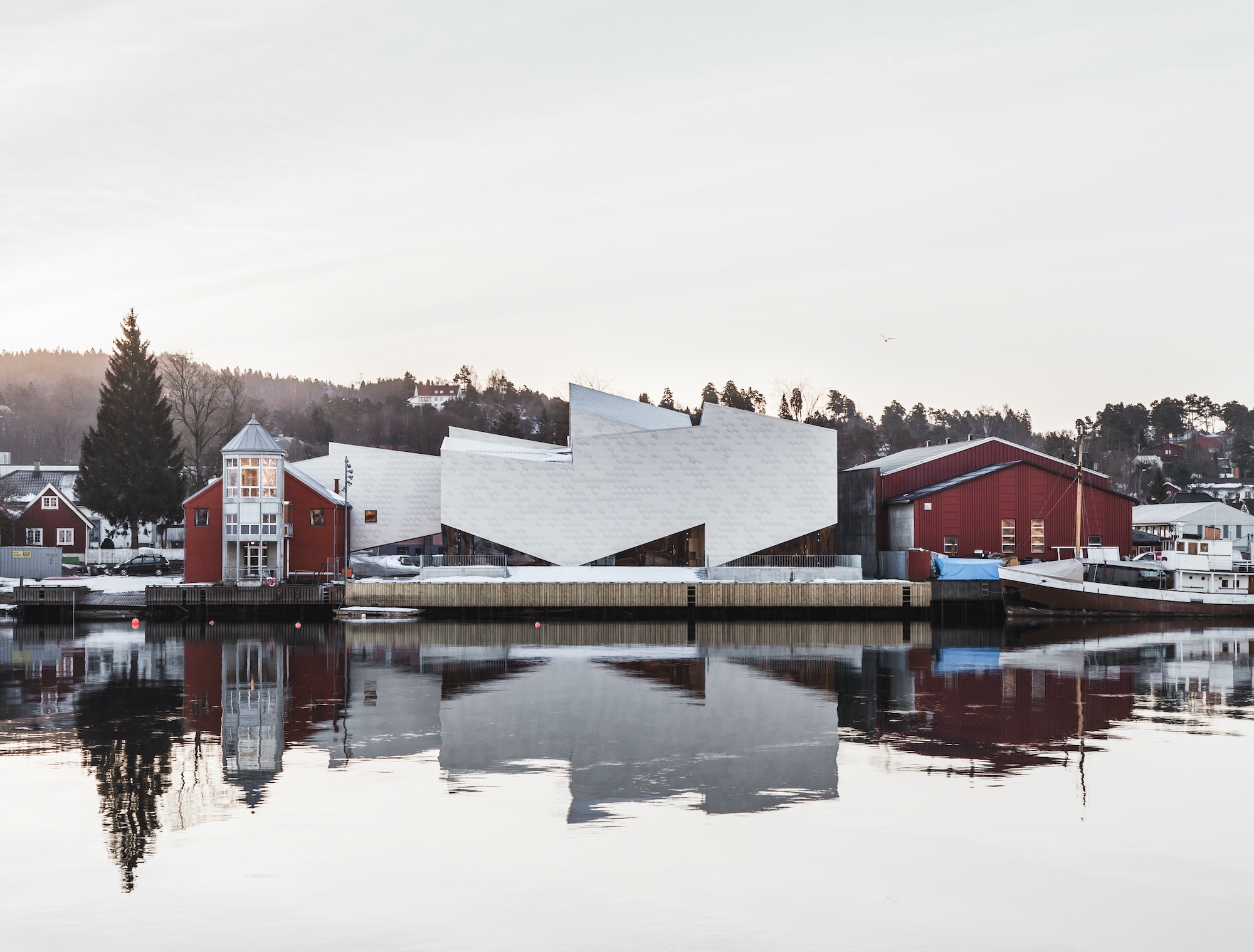 The saw-toothed Maritime Museum fits into its surroundings in the small Norwegian port of Porsgrunn by mirroring the town’s characteristic gabled roofs, while simultaneously appearing contemporary with its abstract shape and aluminum facades.

The fate of Porsgrunn, a seaside town with some 35.000 inhabitants about 100 kilometers southwest of Norway’s capital, is no unique case. Like many old port cities across Europe, it has an abundance of abandoned shipyards, remnants of an industry long gone — and architects and politicians alike are eager to reinvigorate these post-industrial areas and turn them into thriving new hot spots for creative industries and start-up businesses, and chic residences for young inhabitants.

An essential part of the extensive, ongoing urban renewal of the Porsgrunn Harbor is the city’s new landmark Maritime Museum and Science Exploratorium, which tells the story both of the town’s dockyards and a maritime industry that once employed thousands of local inhabitants — and of modern science, mainly geared towards schoolchildren. The spectacular cultural venue was designed by two Danish architectural offices: Copenhagen-based COBE and Aarhus-based TRANSFORM. They won the first prize in an architectural design competition in 2009 organized by the larger Telemark Museum.

Located right by the river and surrounded by small, characteristic wooden houses, the new museum building displays a high level of sensitivity towards its surroundings – yet it manages to stand out at the same time as a contemporary building. Porsgrunn is an industrial town that traditionally regarded the river as its backside; the architects reversed this pattern and turned the backside into a front.

The new museum’s shape is geometrically complex, consisting of eleven smaller square volumes, amounting to 2.000 square meters of space. Each volume has a different roof slant, which creates a varied roof structure. The distinctive roof is composed of tilted volumes, creating a dynamic figure with roofs pitched in all directions and mirroring the surrounding roofscape. The architects aimed to strengthen the neighborhood’s urban and architectural characteristics while simultaneously creating a new, contrasting addition. The building’s expressive zigzagging roofs are a reference to the area’s buildings and their pitched roof profiles, while at times, the saw-tooth shapes at the bottom give the building the appearance of a strange metal animal on long, thin legs.

The aluminum facades are covered with diamond-shaped shingles that resemble fish scales and hold the building together visually. They reflect light and colors from the surrounding town and Norwegian mountainscape, picking up reflections from the water and sky. The color of the façade thus varies depending on the weather and season. The aluminum is re-used and comes from a renowned local aluminum factory.

Inside, a grand staircase leads visitors up to the exhibition hall on the first floor. The exhibit itself is in a windowless black box, square in plan. None of the exterior geometric thrills survive here. Offices, a shop and the sailor’s club room are to be found on the ground floor, with a café opening up to the water. The prismatic building is connected via a hallway to Porsgrunn’s Road and Traffic Center next door.

This unique museum shows consideration for its surroundings while also contributing something new and different. TRANSFORM and COBE have successfully collaborated before, notably with the Culture House and Library in Copenhagen’s Northwest neighborhood. 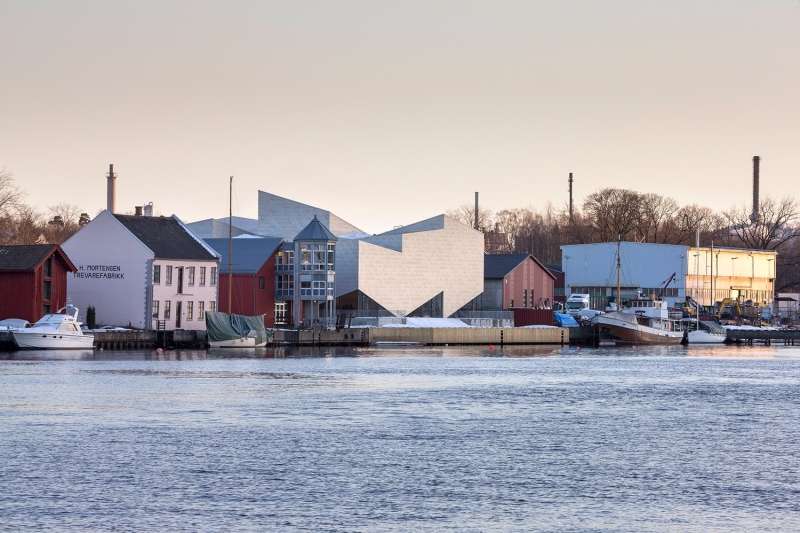 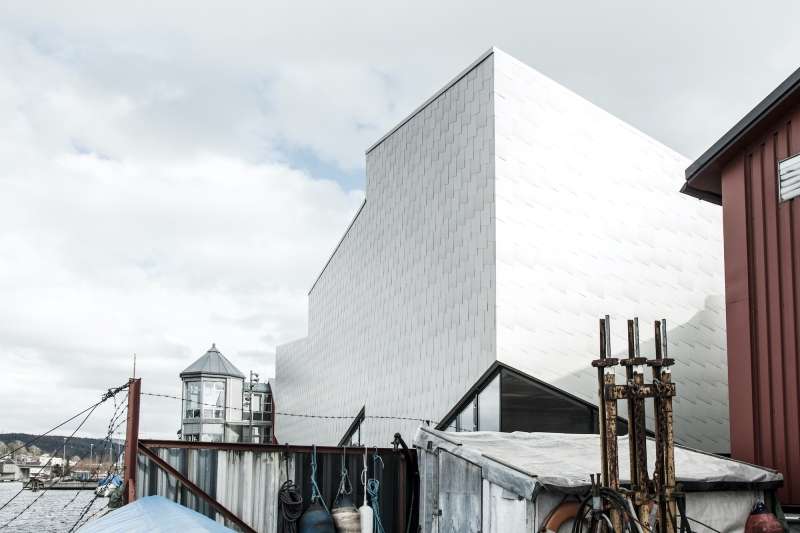 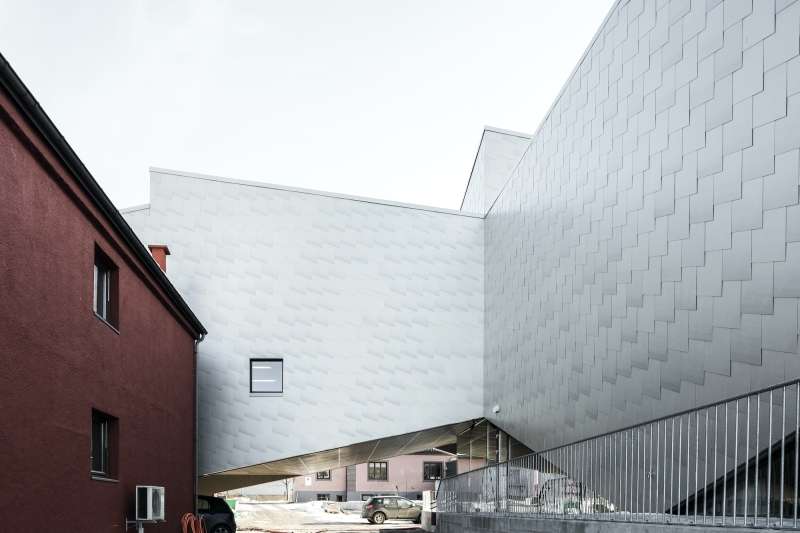 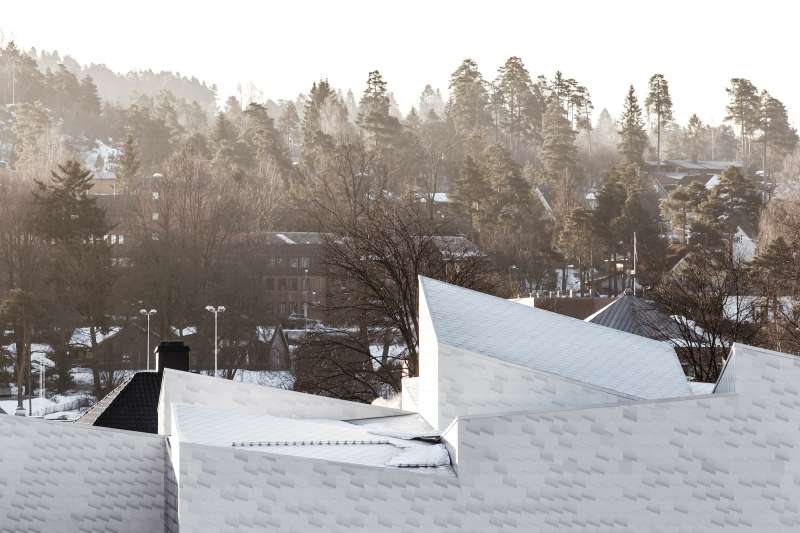 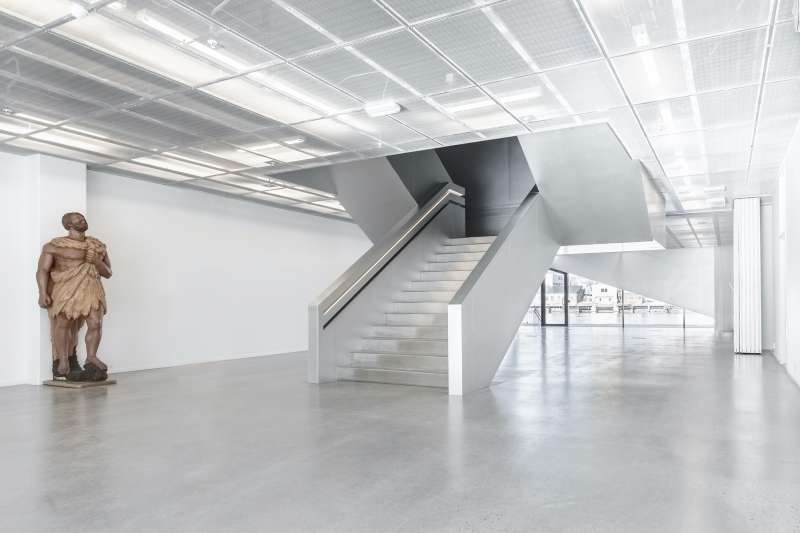 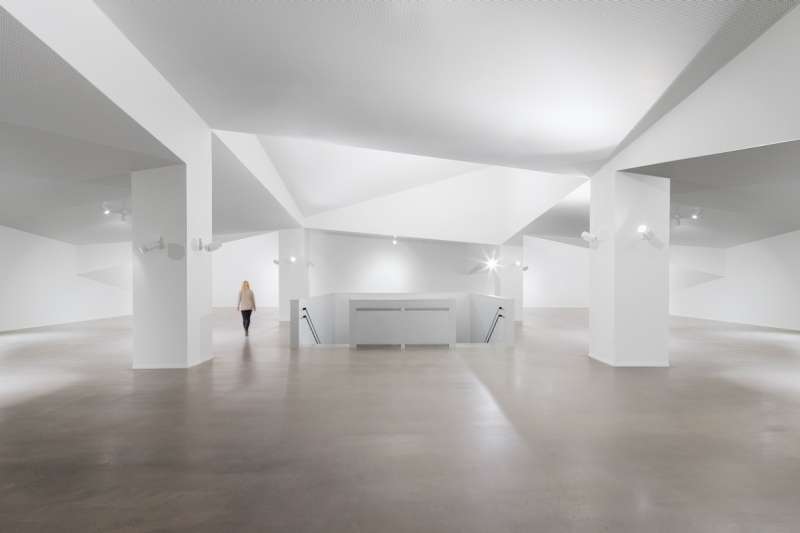 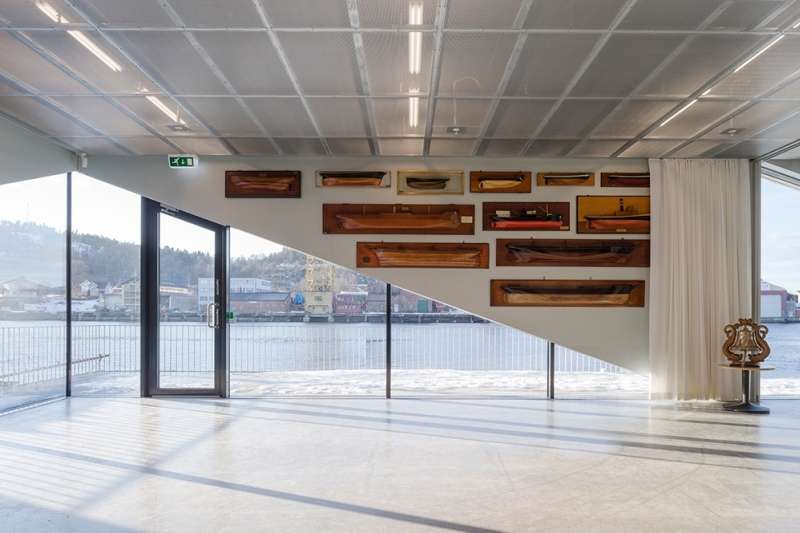