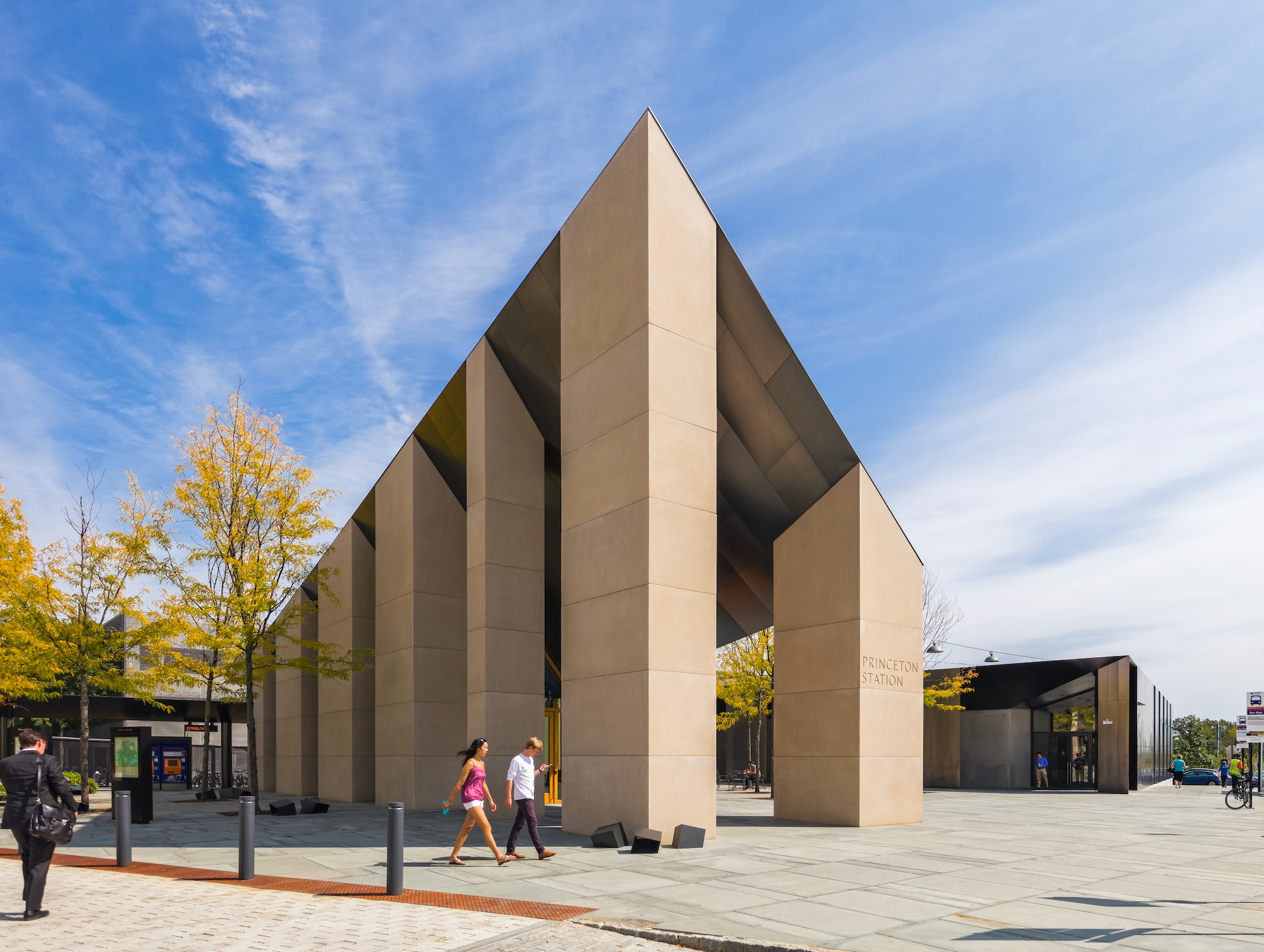 Quiet architectonic moments reveal exquisitely crafted, simple details, whilst the rhythm of vertical mullions and columns celebrates the atmospheric East Coast light. The resultant architecture emerges sculpturally from the landscape and is at once sublime and serene.

The Princeton Transit Hall and Market signals an important departure for Tucson-based Studio Rick Joy from the breathtaking ‘desert modernism’ that has earned the practice international acclaim. Yet though the Princeton Transit Hall and Market is the studio’s first foray into public architecture, and a train station at that, it manages to retain something of the modesty and intimacy — as well as the materiality and context-responsiveness — of the studio’s phenomenologically lavish desert dwellings.

The program for the Princeton Transit Hall and Market includes a train station, an undercover canopy, marketplace, and bicycle storage. The outdoor plaza between the main buildings serves as a hub for circulation around and through the various programs and is planted with trees to provide shade during warmer months. The standalone waiting room has a sculptural presence, characterized by its grand, plunging roofline and the careful calibration of large apertures connecting the interior spaces to Princeton’s luscious grounds and the newly constructed arts precinct. The waiting room offers a sense of calm and stillness, providing ample amenity whilst remaining uncluttered.

The project is adjacent to Steven Holl’s recently completed ‘gateway space’, the Lewis Arts Complex. An elegant and unassuming neighbor, the Princeton Transit Hall and Market creates an interplay of interior and exterior environments through its use of concrete columns, of various heights and widths, which frame the natural sunlight and the views back across to Springdale Golf Course. The luminosity and loftiness of the interior spaces and colonnades gesture to the grandeur of the historic buildings that populate Princeton University.

Rick Joy is renowned for his use of rich yet honest materials: black walnut benches, designed by the esteemed George Nakashima Woodworkers; white-oak framed windows; sandy-colored concrete columns complete a living picture of warmth and serenity. The sharp peak of the waiting room, underscored by blackened steel, gestures up to the sky, whilst across the open plaza, tall triangulated columns in the same material form a colonnade, and seem to change in girth depending on the angle from which they are viewed.

The seemingly irregular pattern of ground paving, a collaboration between Studio Rick Joy and landscape designers Michael Van Valkenburgh & Associates, ties the two building volumes to the plaza. The spine of the design — a covered walkway — spans the waiting room and the staunch, green-roofed building that houses the bathrooms and a Wawa convenience store. The walkway consists of smooth grey concrete and blackened steel piers, whilst the low profile of the green roof recedes against a backdrop of verdant foliage.

The completion of the Princeton Transit Hall and Market in 2018 coincided with the release of Rick Joy’s second monograph, Studio Joy Works, published to commemorate the practice’s 25th anniversary, and a much-anticipated follow-up to his first monograph from 2009, Rick Joy: Desert Works. Featured in this latest publication, the Princeton Transit Hall and Market is a worthy addition to the practice’s esteemed oeuvre, expanding the vocabulary of public architecture with its alchemy of sculptural grandeur and restrained serene materiality. 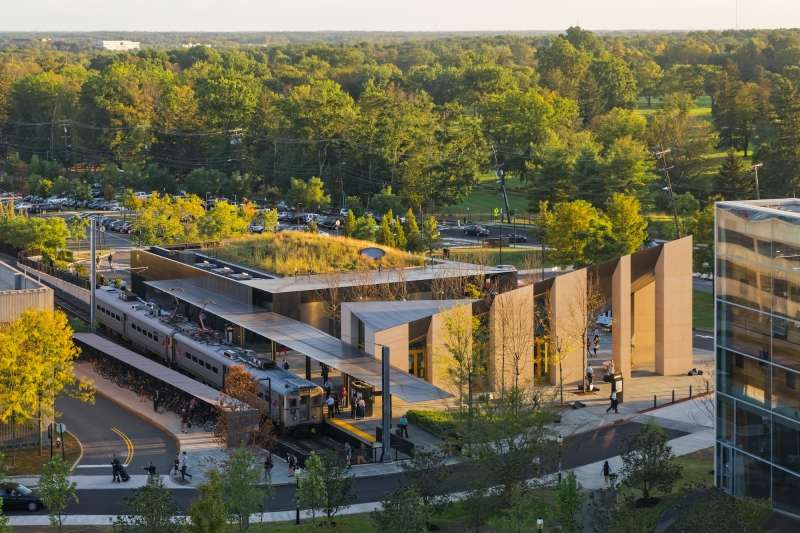 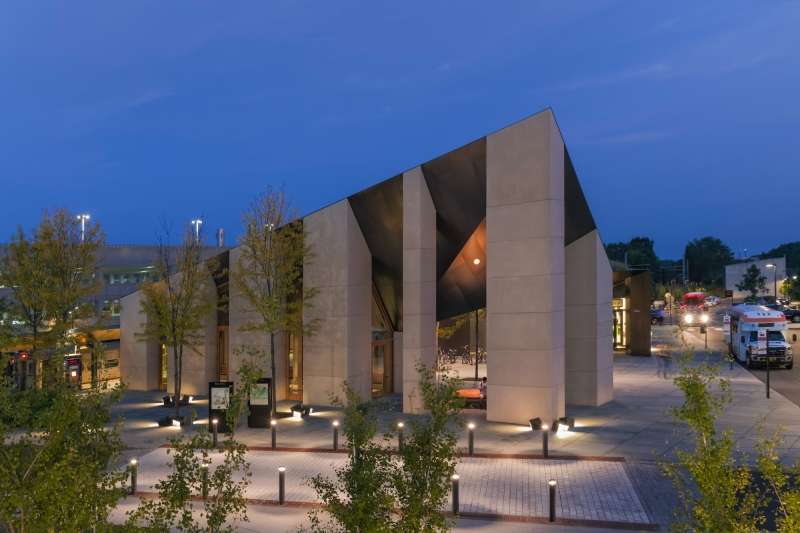 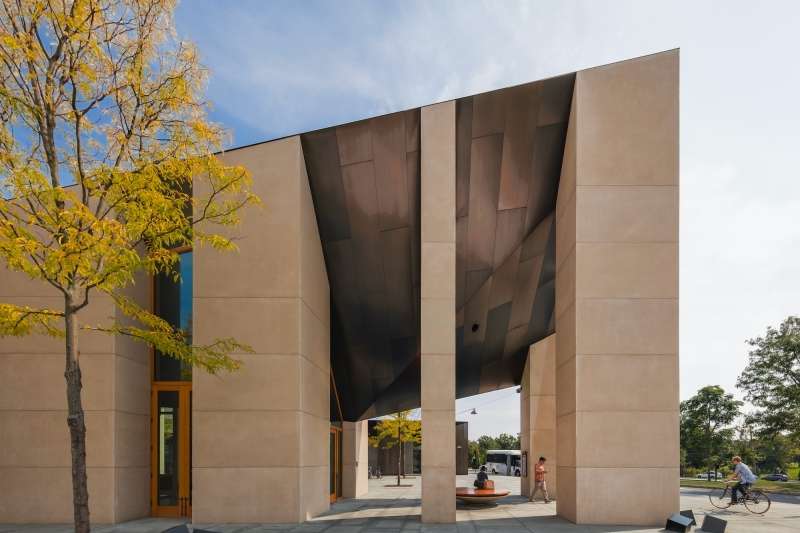 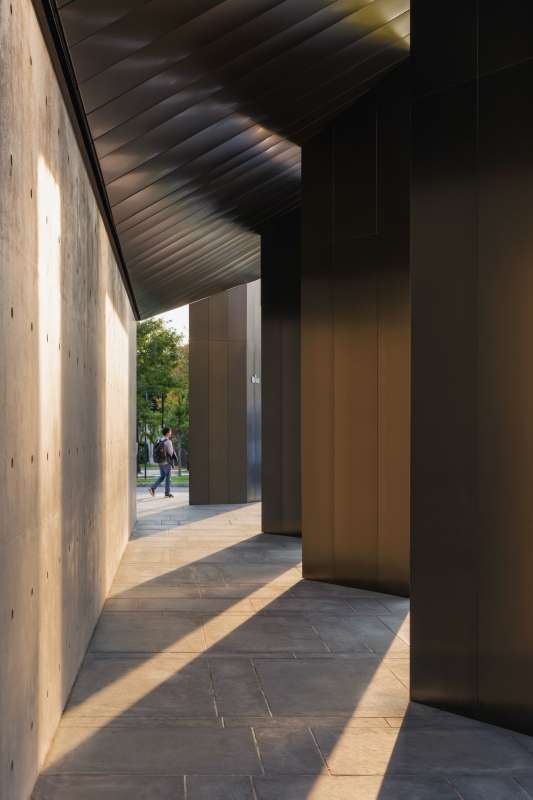 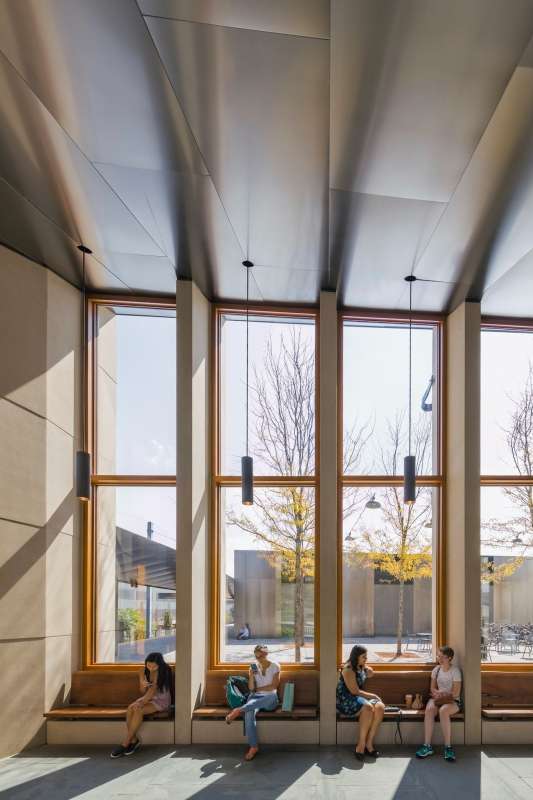 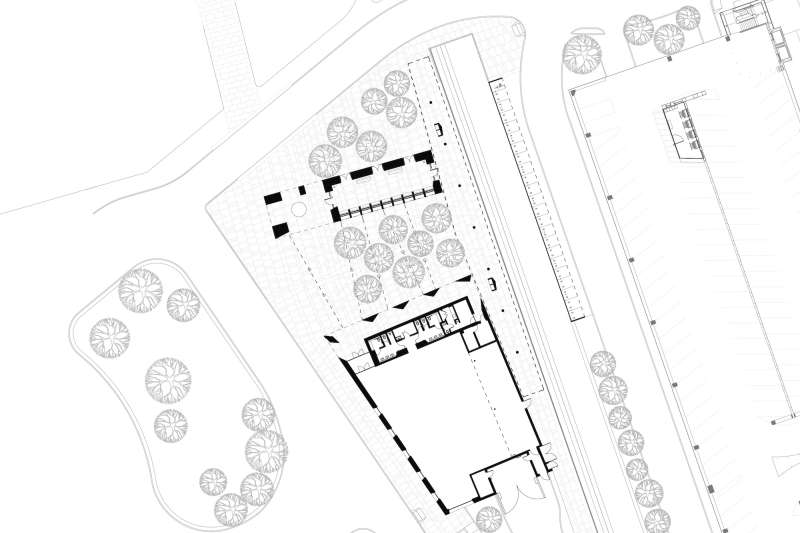 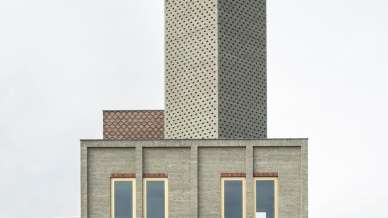 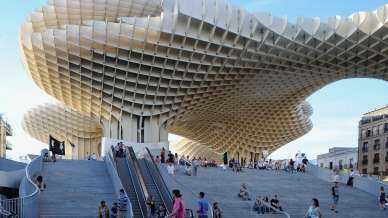 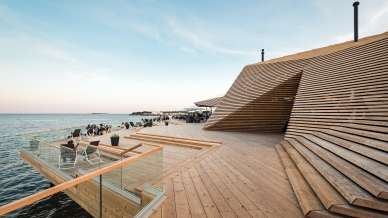 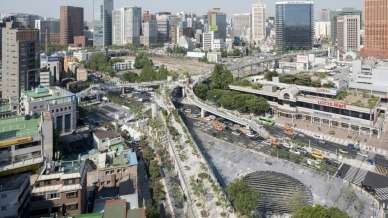