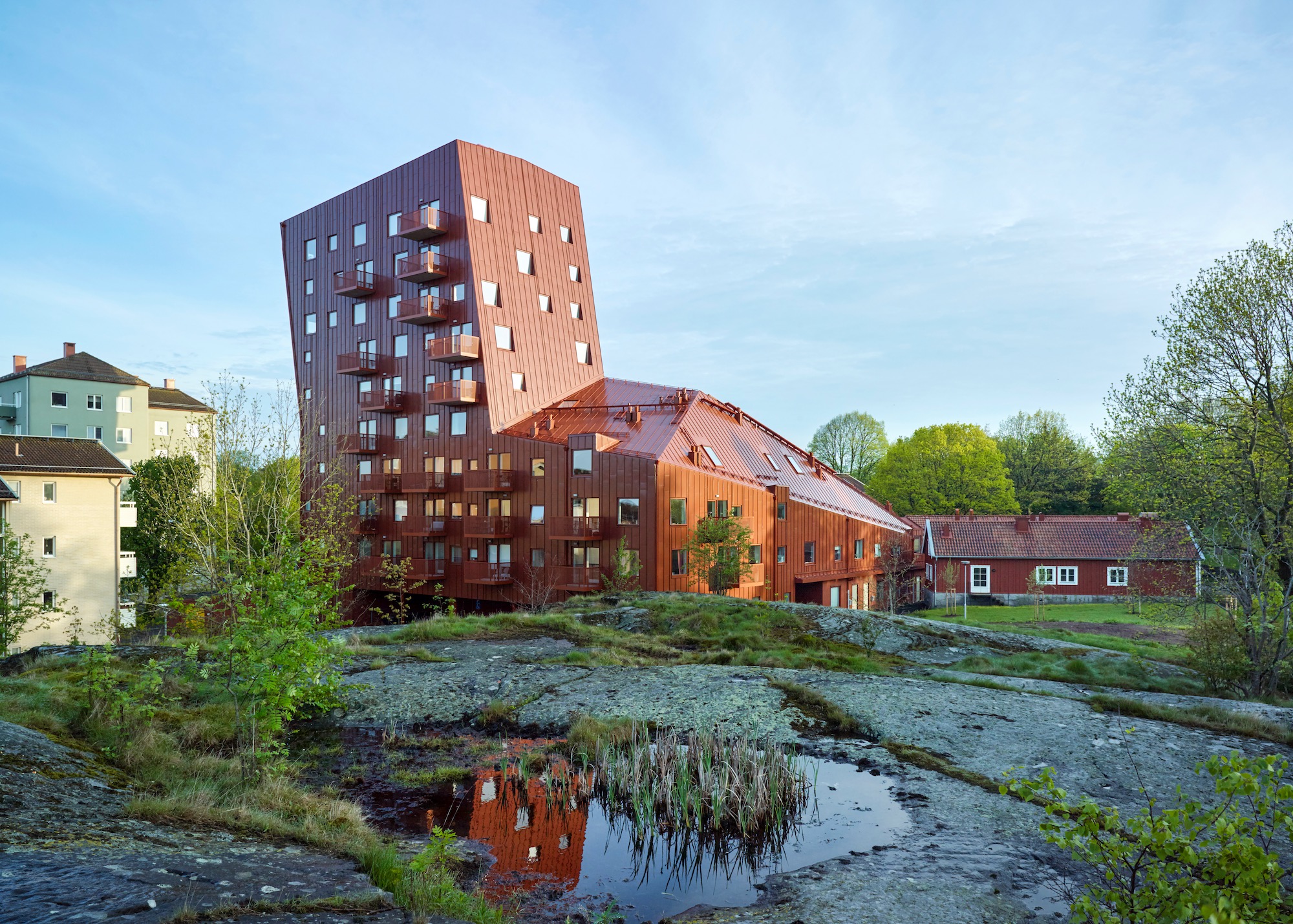 Putsegården is a new residential building by what! arkitektur located in the historic city of Lundby, close to Gothenburg, Sweden.

The building is an extension to an original farmhouse on site, also known as Putsegården, which was built in the eighteenth century. The new Putsegården grows out of the old farmhouse’s spine and increases gradually in scale until it meets a group of newer residential building blocks from the 1950s, adjacent to the historic buildings. The building thus becomes both a divider and a bridge between different layers of history on site.

The original Putsegården was built when Lundby was still centered on its old 14th-century church. The farmhouse is located in the periphery of the church town and has since been a symbol of the last part of Lundby’s agrarian history. As the municipality made a new and detailed development plan for the area, they intended to preserve the original Putsegården — but unfortunately, the farmhouse’s condition had in time deteriorated too much to renovate.

As a renovation of the original Putsegården was impossible, the farm was stripped down, carefully documented and rebuilt with the support of documentation from the Historical Museum from 1948. To carry the costs of the restoration, it was decided to build a new multi-family dwelling on the site. An important feature of the new building would be its characteristic shape, as this received the approval of the municipality, the church, and the local folklore society.

The new Putsegården’s characteristic crooked shape has since become a landmark in the area and an interesting addition to the surrounding streetscape. The shape plays along with the surrounding topography, and together with the existing buildings on site, it creates outdoor spaces with good, spatial qualities. Thus, the new building ends the inner courtyard of the original Putsegården and creates a new courtyard between the adjacent lamellar house towards Inägogatan.

Adding a new, historical layer on the site, the new building starts off in a single-story scale, connecting to the rebuilt barn, and gradually grows alongside a neighboring lamellar house, reaching its highest point at ten stories, where it meets the street Inägogatan and its existing tower blocks. Inside the building is a wide range of apartments with their own unique shape and character. Some apartments are similar to the nearby terraced houses, others have loft qualities, and some have a panorama view across the area.

The new building references the original Putsegården with its scale, angles, and colors. The roof and façade cladding consists of sheets of aluminum on the color scheme “Falu Röd”, a traditional Swedish color originating from the mines around Falun. Together with a traditional cladding technique, the materials connect to old Swedish traditions and craftsmanship and create a visible continuation of the atmosphere from the original red wooden farmhouse.

As a special feature, a public walkway leads through the new Putsegården via a portico, and in that way becomes an entrance to both the northern part of the church village and the adjacent housing blocks. Thus, the design of the building and its position in the landscape dramatizes the contrasts of different time epochs, but also unites the old church village of Lundby with its more modern surroundings and invites itself into a new, important role in Lundby’s future. 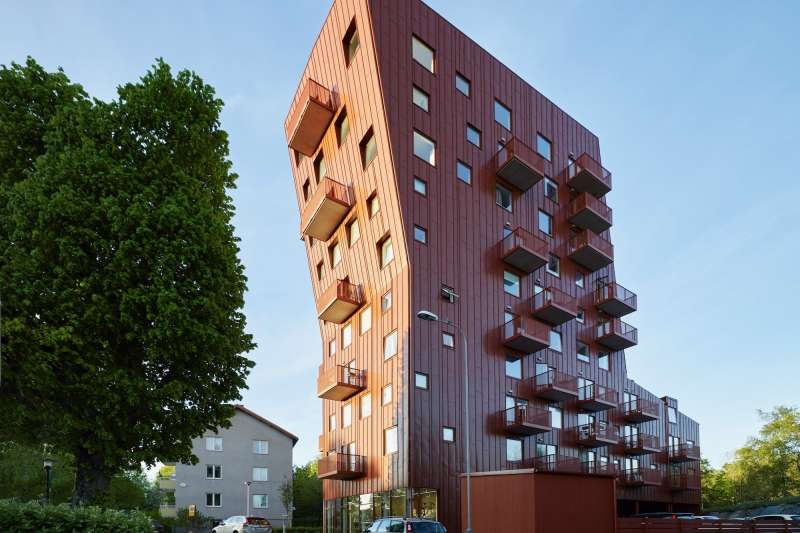 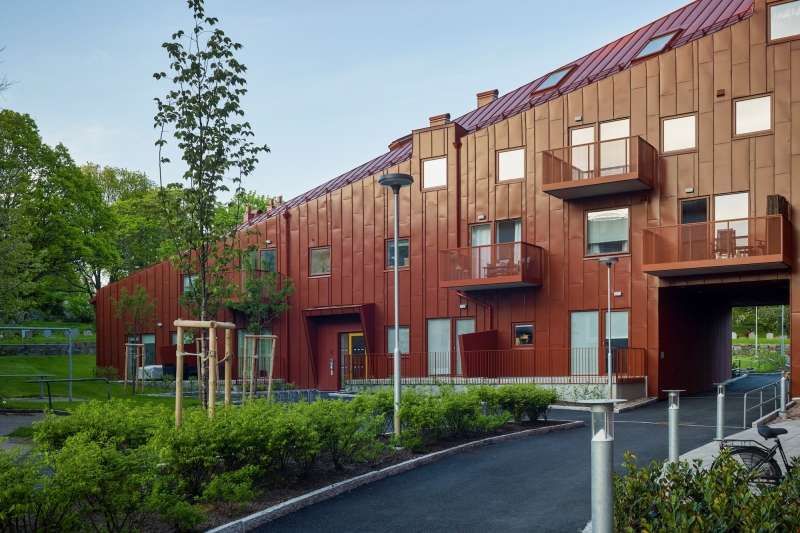 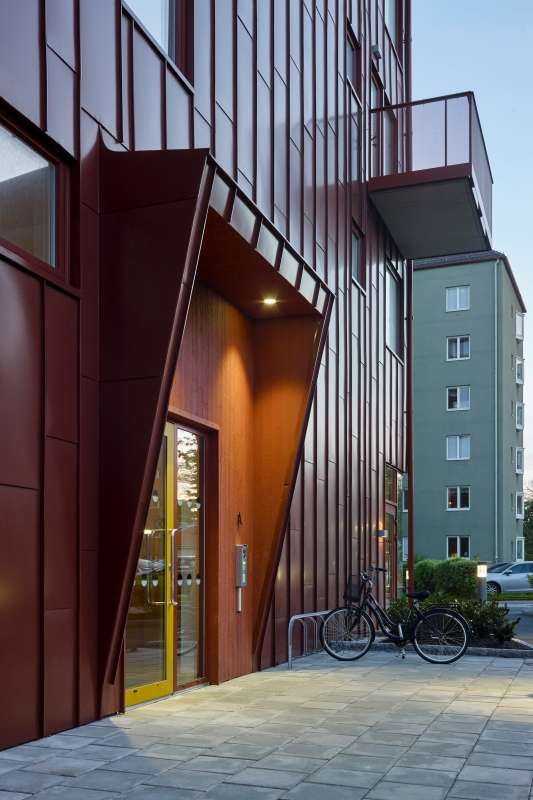 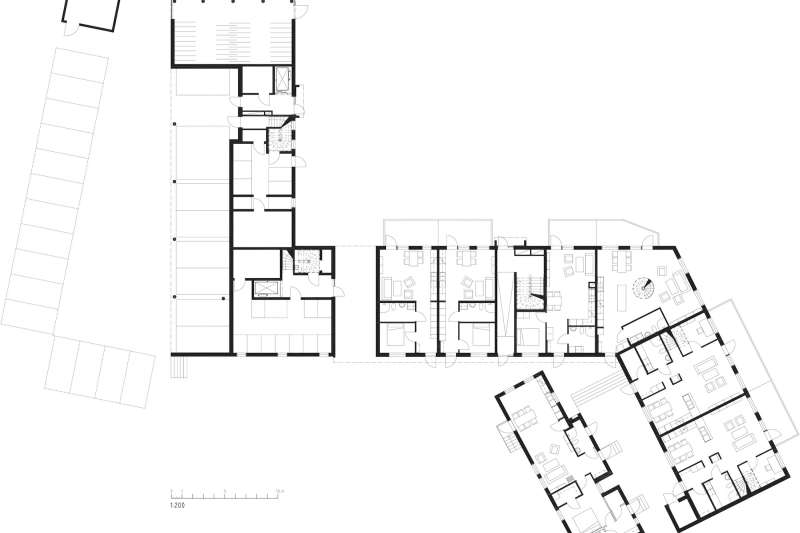 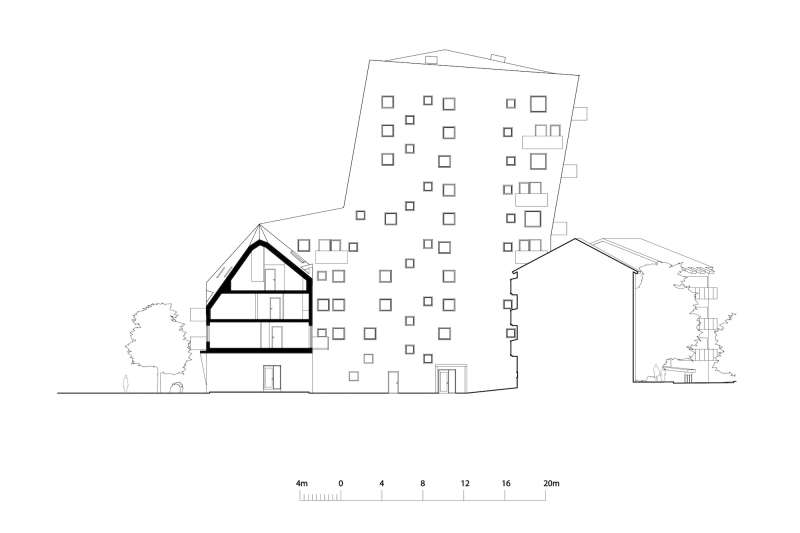 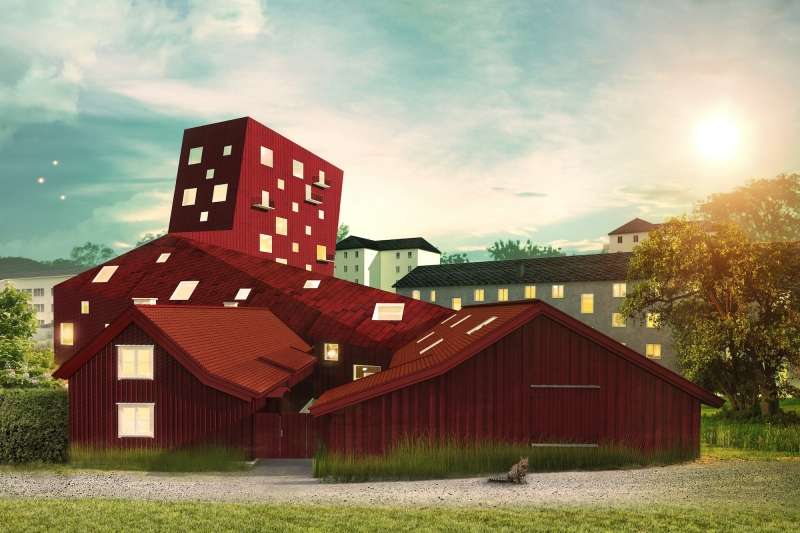 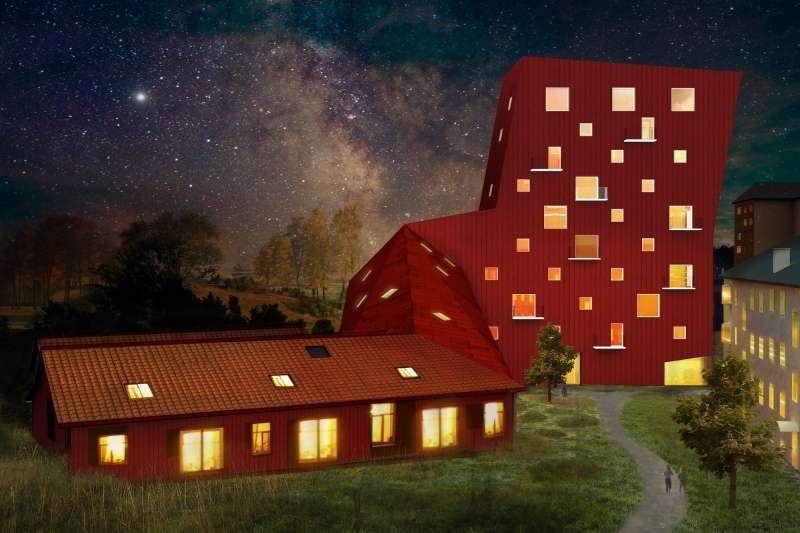