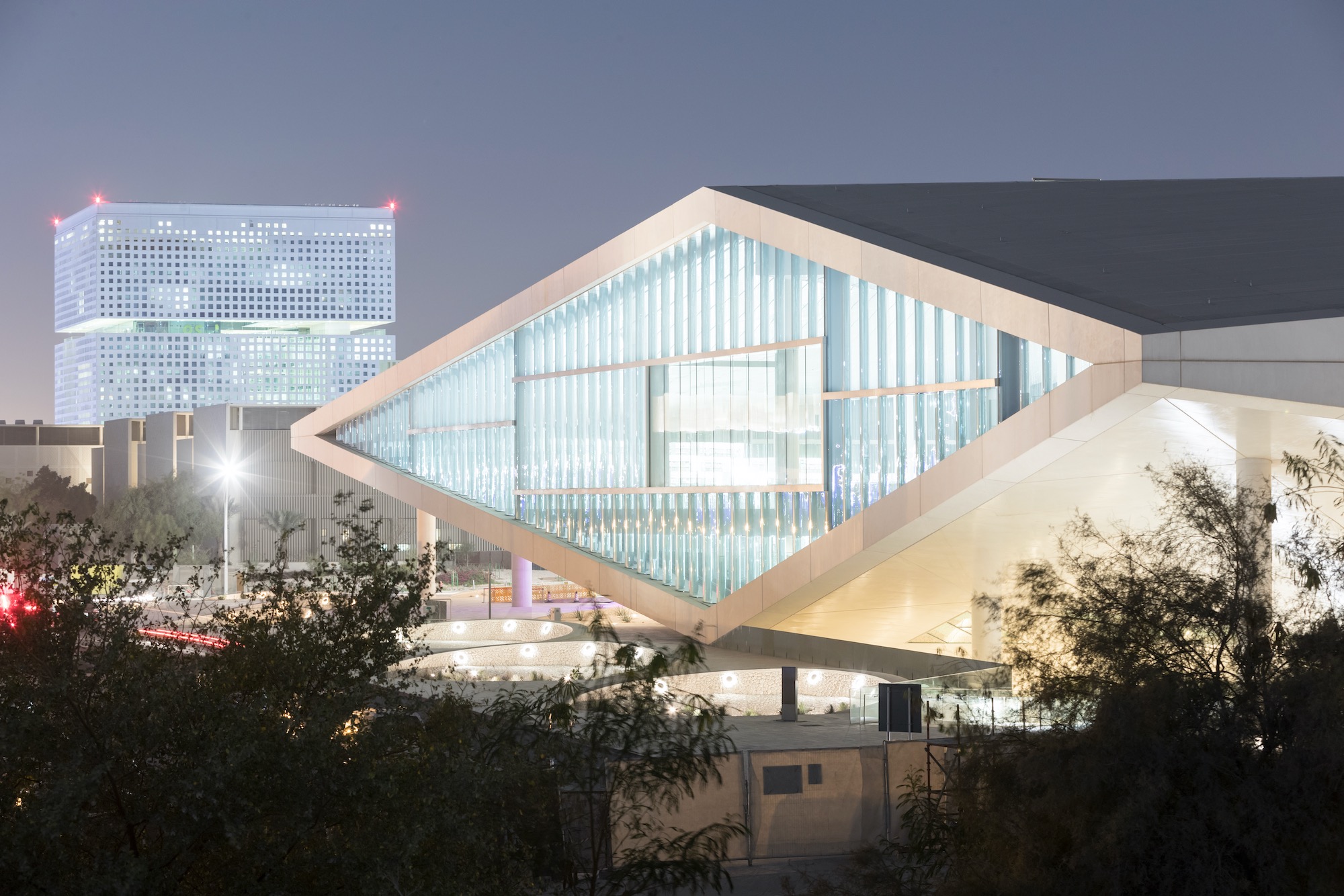 An aggregation of three libraries (the University Library, the Public Library, and the National Library), the Qatar National Library functions at a quasi-urban scale, matching the rise of Qatar’s influence in the region.

Extending OMA’s long-term interest in the library — dating back to the competition for the National Library of France in 1989 — and following the Seattle Central Library in the US and the Bibliothèque Alexis de Tocqueville in Caen, France, the Qatar National Library continues to navigate a desire to transition the historic role of the library into the 21st century.

The Education City in Qatar was conceived as a groundbreaking new academic campus, aggregating and hosting a number of satellite campuses from leading universities and research institutions around the world. Its latest addition, the Qatar National Library, sits stoically as a cornerstone of such an educational agglomeration. The library houses over a million books and space for thousands of readers & users in a combined area of 42.000 square meters.

At 138 meters long, the large monolithic building is conceived as a single room; a pursuance to make reading as accessible and as stimulating to the population of Qatar as a whole, and it certainly tries to within its gargantuan scale. From the exterior, the building’s concrete corners are folded up off the ground, revealing a much smaller entrance threshold while providing a transitional shaded space from the Doha heat. Internally it reveals three internal aisles for books that terrace down to the center while molding the diamond-shaped profile of the exterior. Most importantly, this architectural gesture enables access from the center of the ‘room’; where Rem Koolhaas suggests one would “emerge immediately surrounded by literally every book – all physically present, visible, and accessible, without any particular effort. The library is a space that could contain an entire population, and also an entire population of books…”

The entrance threshold is one of the key moments of this building. Its visual impact is overwhelming as you enter a single enormous internal space, interrupted only by a few slender pillars. Three large, tiered aisles of shelves and readings spaces diminish to points on the exterior, reminiscent of ancient glazed ziggurats — multi-colored and full of life. These simultaneously accommodate the book collection and central triangular space. This configuration allows the users of the library to access the building from its core, immersed in the heart of the library, rather than entering laboriously from the perimeter and navigating in from the edge.

Also at the center of the library, in a six-meter-deep, maze-like excavated space, is the Heritage Collection. Clad in beige travertine, the region’s rich culture and heritage are held here, making available Qatar’s most valuable texts and manuscripts related to the Arab-Islamic civilization. It is evocative of OMA’s past design for Lab City outside Paris, where parts of the excavated spaces are covered with viewing platforms, showcasing the travertine-clad walkways and the heritage collection like an archaeological dig. This section of the library can also operate autonomously, as it is directly accessible from the outside. One of the beautiful aspects of this space is that when you feel too compressed, you can simply look up and out to a vast and light-filled space surrounded by books, and an undulating glass exterior framing the rest of the Education City and Doha’s distant skyline.

Within this single room, the library acts as a shelf for both information and users. It houses, contains and merges the operation of the user and the book. This outcome is facilitated by the singularity of the space, where the designed topography of shelving that flows through the building is interspersed with spaces for reading, socializing and browsing. This topographical configuration of both the shelving and leftover spaces allows the library to weave moments of chaos/interaction and solitude, facilitating the readers’ experience. The shelving, designed to be an extension of the building both in materiality and infrastructure, is made of the same white marble as the floors and incorporates artificial lighting, ventilation, and the book return system.

When the great allure of the unified central space feels too immense, a 25-meter-wide mezzanine – what OMA calls the ‘bridge’ – spans one end of the building to the other, hovering over the literary topography below. It provides flat open areas for study and meeting places. Where it meets the back of the building, a large, flexible, curtained auditorium is accommodated, designed by Amsterdam studio InsideOutside, who was also responsible for the landscaping.

The majority of the exterior is open to the surrounding landscape and Education City, breaking the large mass of its profile. The bright Qatar sunlight has been filtered and diffused by the corrugated glass façade, further illuminating the center through glossy white glass-fiber reinforced plastic panels, and contributing to a vast interior optimally lit for reading.

Within the multi-level portion of the building are auxiliary spaces including offices, computer labs, storage, a children’s library, and a cafeteria. The external glass does not undulate here, providing a non-distorted view for workers and plenty of light through the external sunken patio, which also acts as a transitory space before you enter the ‘room’ of books.

The Qatar National Library exists as a testimony to Qatar’s potential influence and its significant role in bridging knowledge, tolerance and greater dialogue within the region as well as globally. It also exists as a comment on the often-suitable tendency for radical architecture to be produced within the typology of the library; the new Qatar National Library by OMA mediates this tendency and showcases an engaged approach where space, light, materials, landscape and user experience outplay brash experiments and radical form. 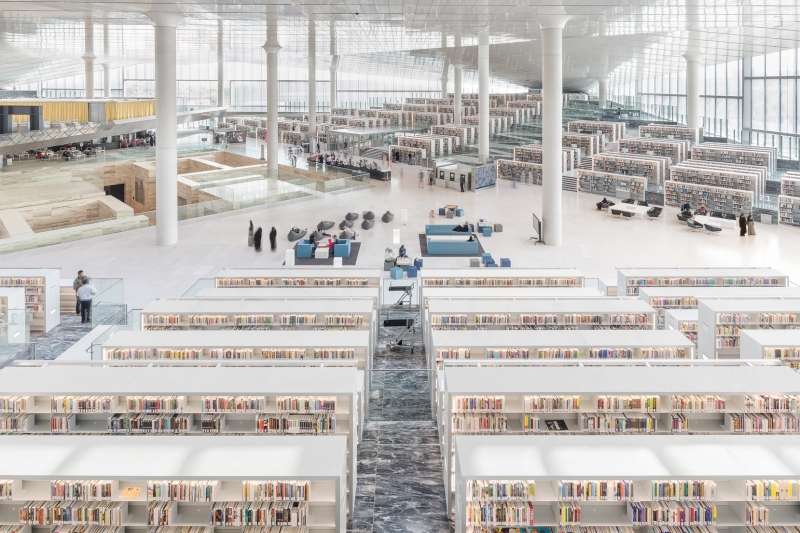 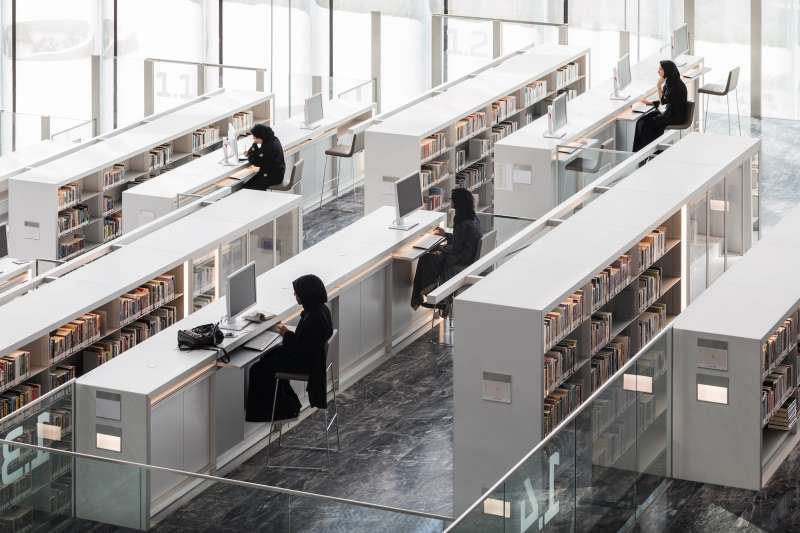 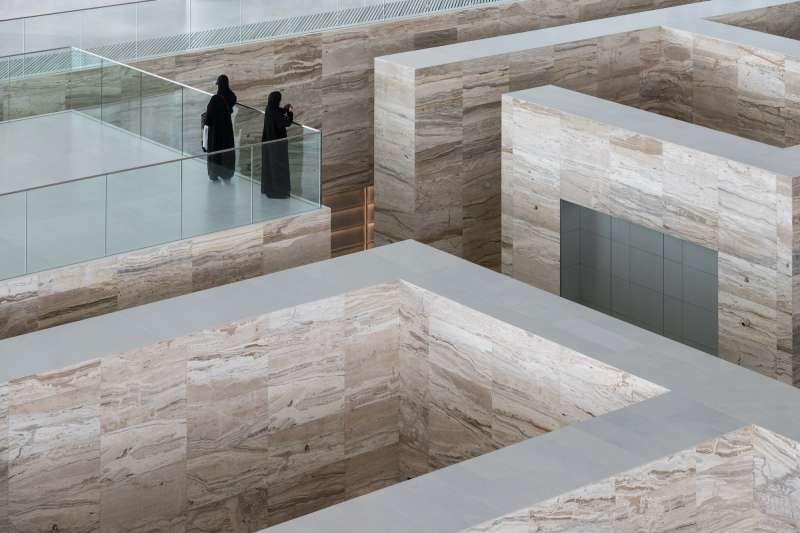 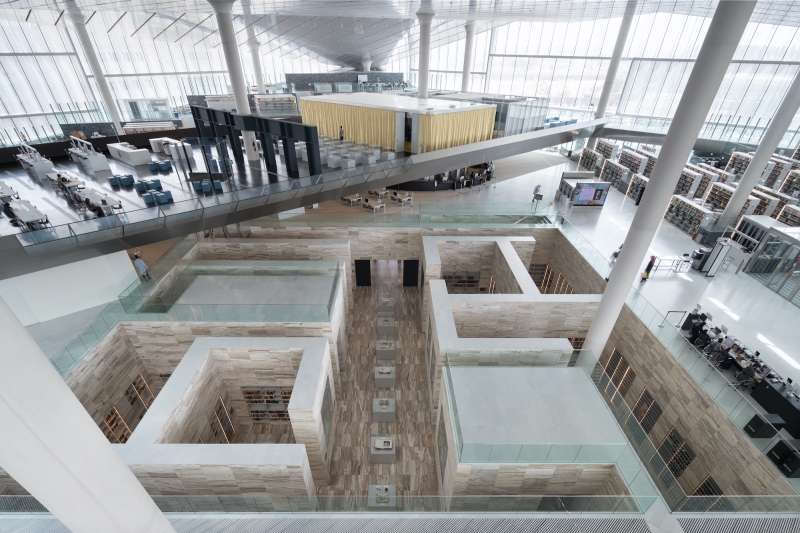 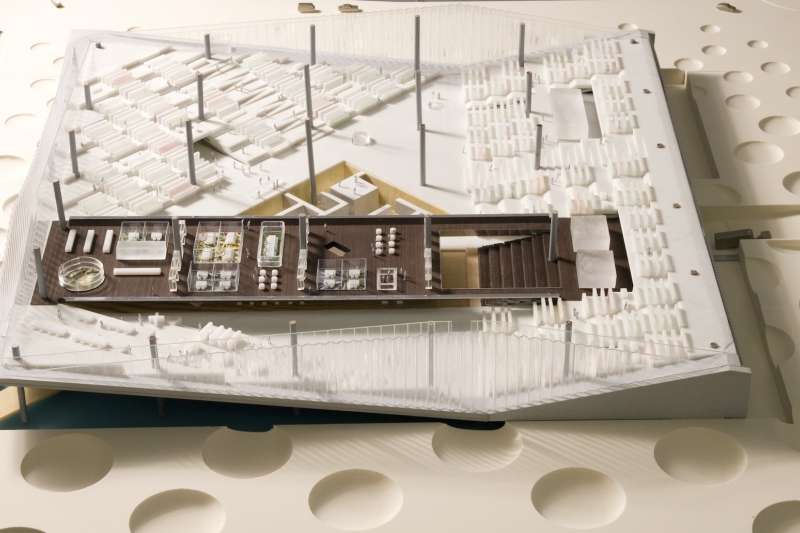 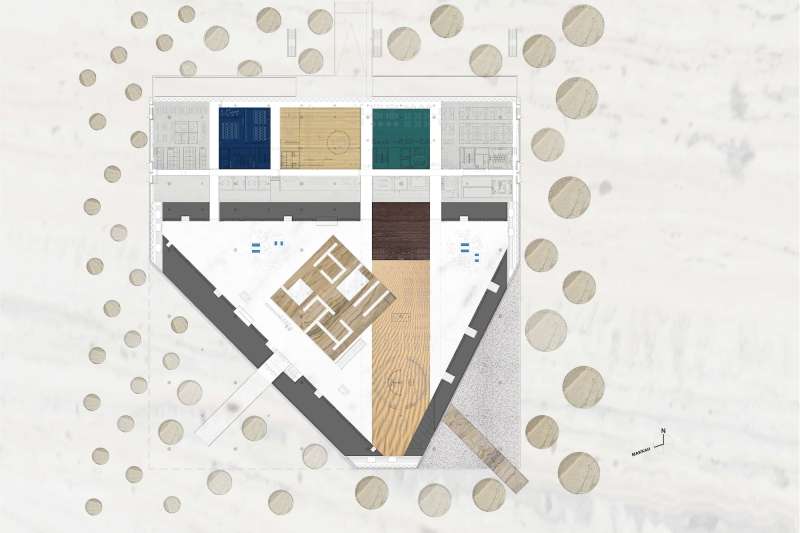 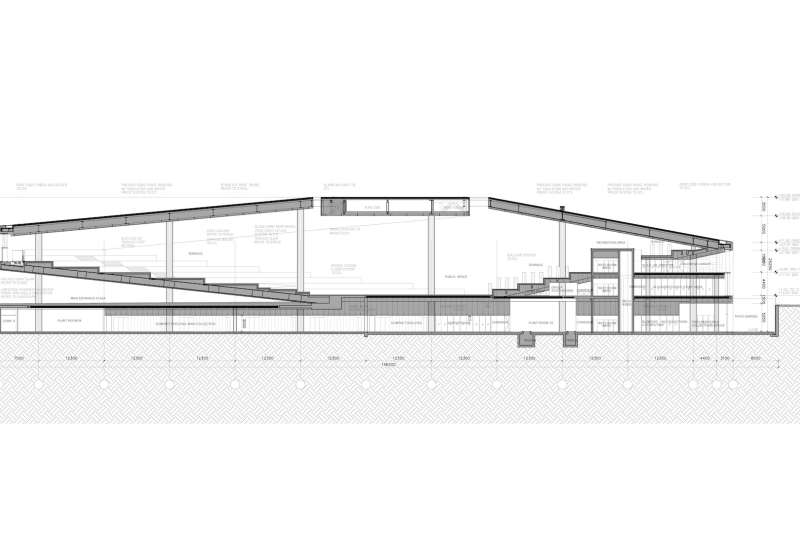 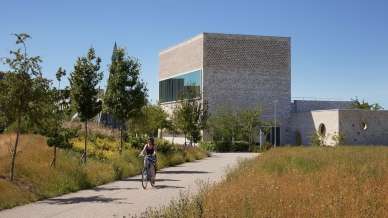 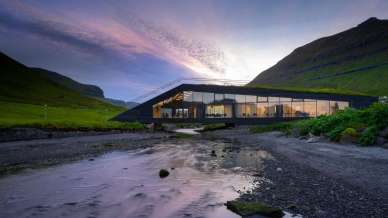 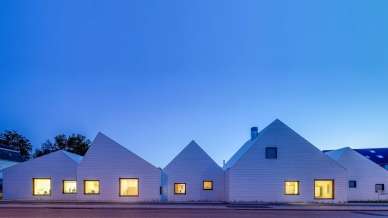 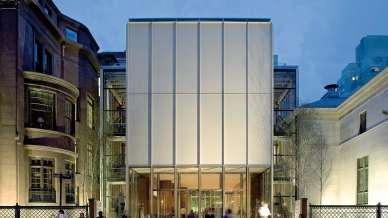