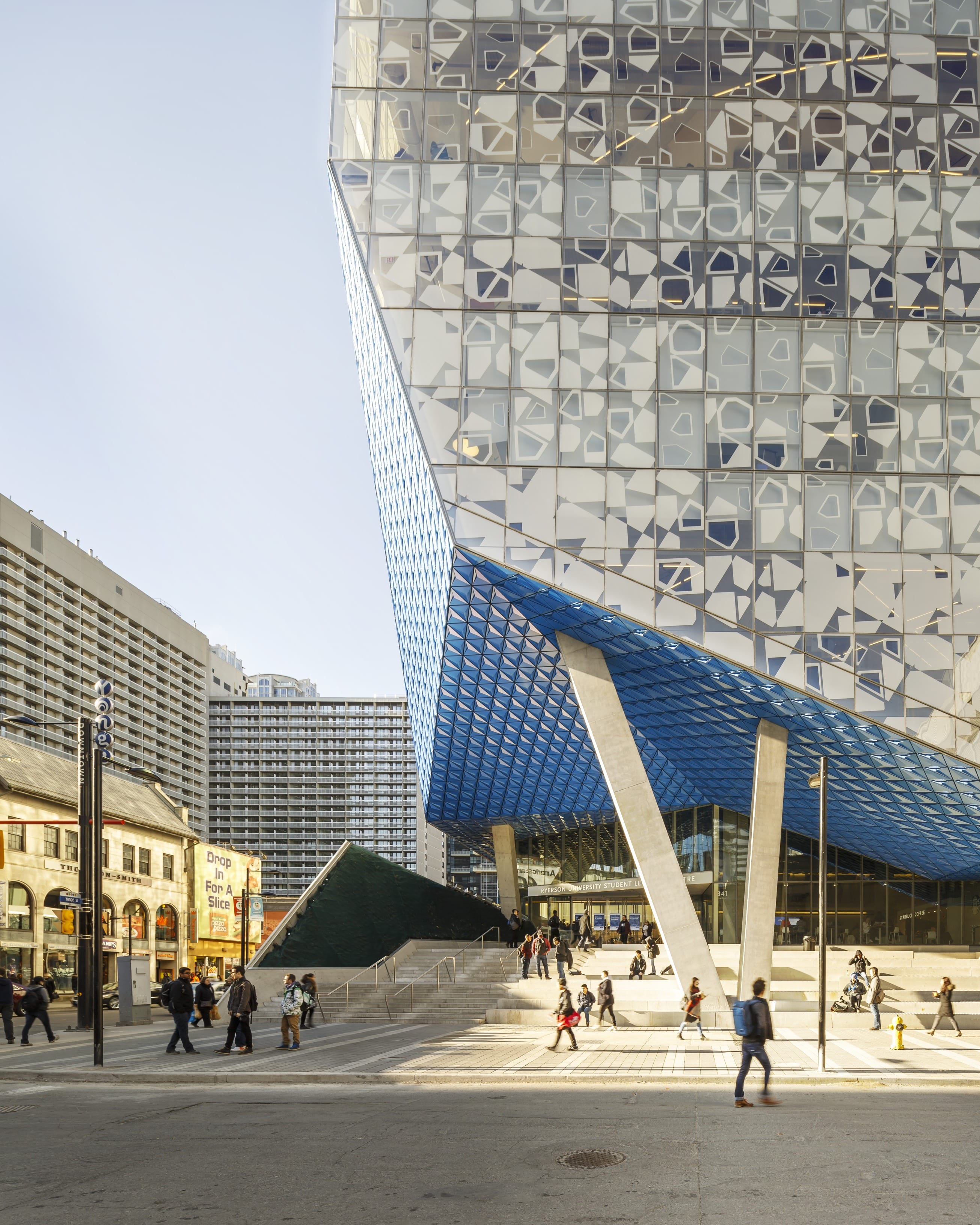 As one of the fastest growing cities in North America, with a population approaching six million in its metropolitan area, Toronto is also home to one of the continent’s densest skylines.

Canada’s largest and most diverse city is growing at an astounding rate, with new buildings rapidly sprouting on every available plot of land. For a time, Toronto had the most towers under construction of any North American city — surpassing New York, Los Angeles, and Chicago.

Until recently, Toronto’s built environment lacked the hallmark “starchitecture” of its global peers. In the last several years, Toronto has seen an influx of good (and often ostentatious) architecture by the likes of Daniel Libeskind with the Royal Ontario Museum, Frank Gehry at the Art Gallery of Ontario, Perkins + Will’s redesign of the city’s iconic Nathan Phillips Square, and MAD’s Absolute Towers in the Toronto suburb of Mississauga. In 2015, Snøhetta and Zeidler Partnership Architects added the Ryerson University Student Learning Centre to Toronto’s architectural arsenal, raising the bar for contemporary design in the city’s urban core, and entirely questioning the role of academic buildings in the digital age.

Sited on Yonge Street — Canada’s longest, most-trafficked street — in a kitty-corner to Dundas Square (Toronto’s answer to Times Square), the Ryerson Student Learning Centre (SLC) is surrounded by loud, imposing neighbors. Squeezed tightly between Ryerson’s densely packed urban campus and an even denser retail district, the SLC manages to stand out with its elegant, jagged form, an eye-catching material palette, and an expansive, welcoming entrance plaza.

Rising eight stories above Yonge Street, the SLC is hardly the tallest building on the block, but its presence is noteworthy. Wrapped in striking iridescent, embossed-cobalt-metal panels from street level to the fourth floor and through its two-story lobby, the SLC is as dynamic as the 38,000 students it serves. Clad in digitally printed fritted glass, the building glows like a lantern on Yonge Street, maximizing visibility on its narrow site while disguising its raw concrete core.

Inside, the center’s student spaces are whimsical, dignified, and comfortable. Described by Snøhetta as a “library without books,” the SLC was designed for digital learners and to accommodate new models of post-secondary education. Each floor different from the next, the SLC offers a variety of learning environments tailored to different behaviors and learning levels for Ryerson’s undergraduate and graduate students, including private study spaces, boardroom-like group study rooms, and a room known as “the beach” where all rules go out the window and furniture is rendered unnecessary, in favor of ramps and bean bags. Even the meeting room walls can be used as whiteboards.

Each of the building’s academic floors are assigned a color palette and theme inspired by nature, influencing everything from boardroom chairs to bathroom-stall partitions to way-finding. “The Garden” is green, “The Sun” is orange and red, and “The Bluff” — a collaborative amphitheater-like space — is navy blue. “The experience of each floor is surprising and engaging, encouraging users to pause and interact with their environment,” writes Snøhetta.

Serving Ryerson University students for eighteen hours a day, the center transitions from a morning yoga-and-study space to a daytime teaching and learning center, to an evening socializing and collaboration hub. With no checkpoints or barriers, it is open to the public, playing a vital role as a public agora and meeting place for the community. On a given day, the lobby can host rallies, fashion shows, and the occasional nap on its expansive central staircase.

Envisioned as a malleable student-led space, the Student Learning is largely unprogrammed. One of the first of its kind in Canada, in a city where open space comes at a high premium, the building is objectively empty yet wildly full, thanks to the imagination of its designers. “The Student Learning Centre is a building that demands to be engaged with.” writes the architects. “It breaks the routine rhythms and movements of daily student life, empowering its visitors to take full measure of their bearings and ownership of their space.” 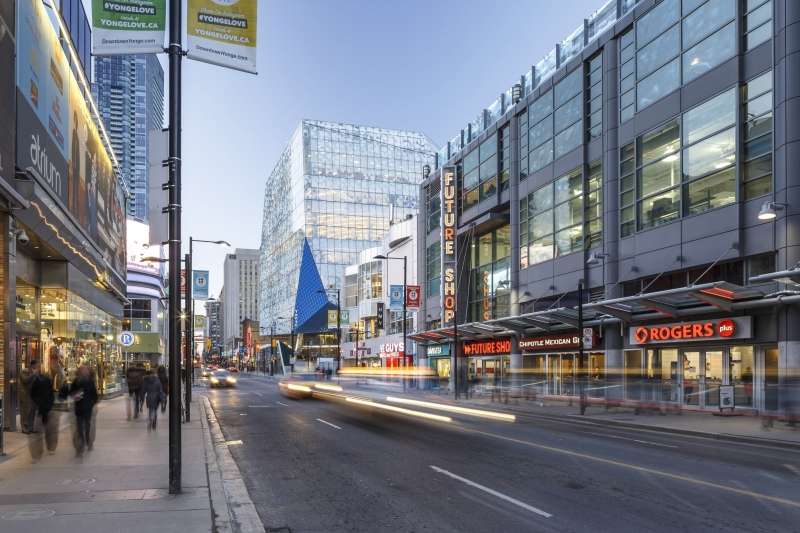 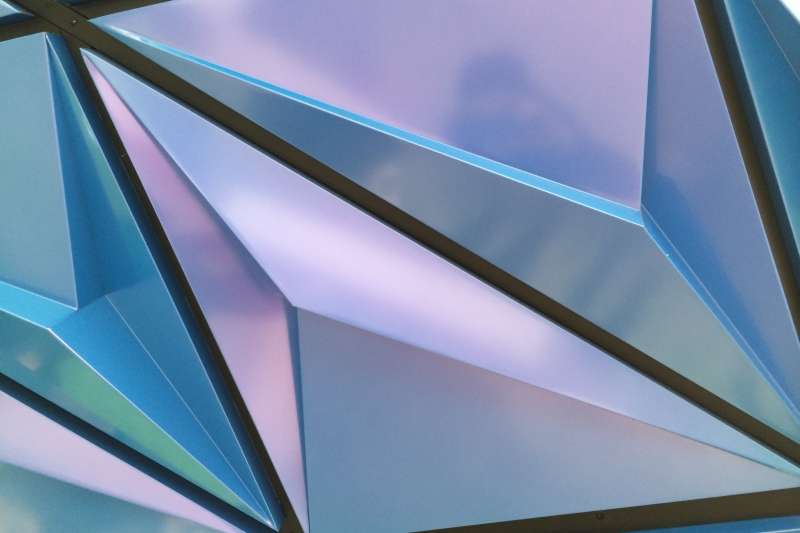 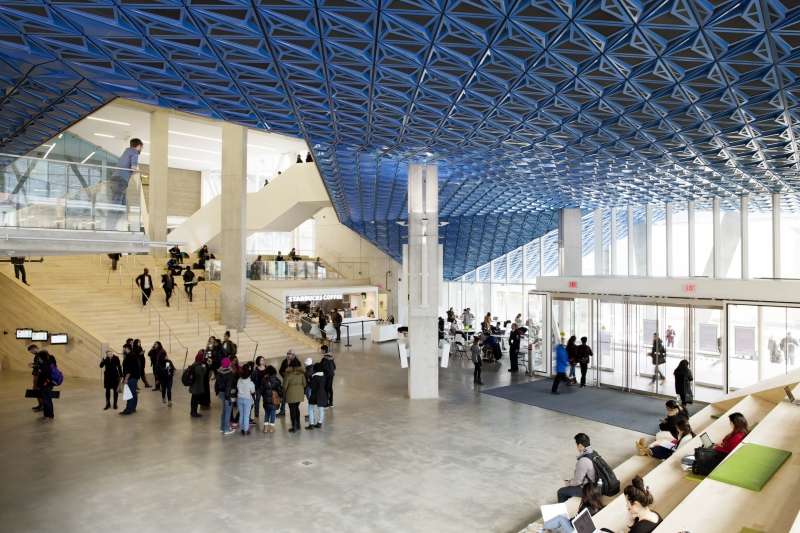 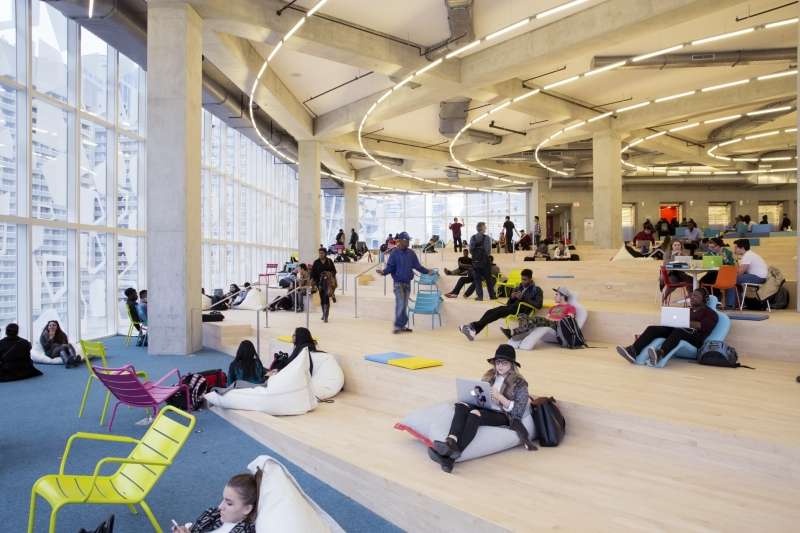 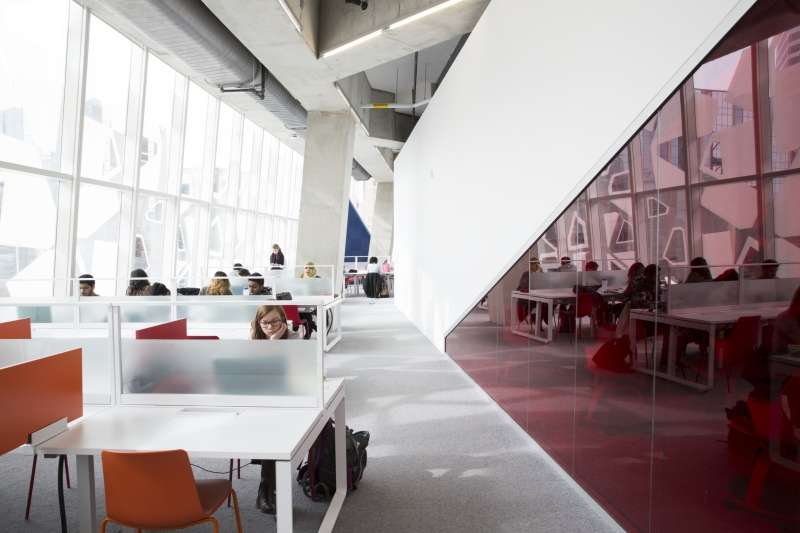 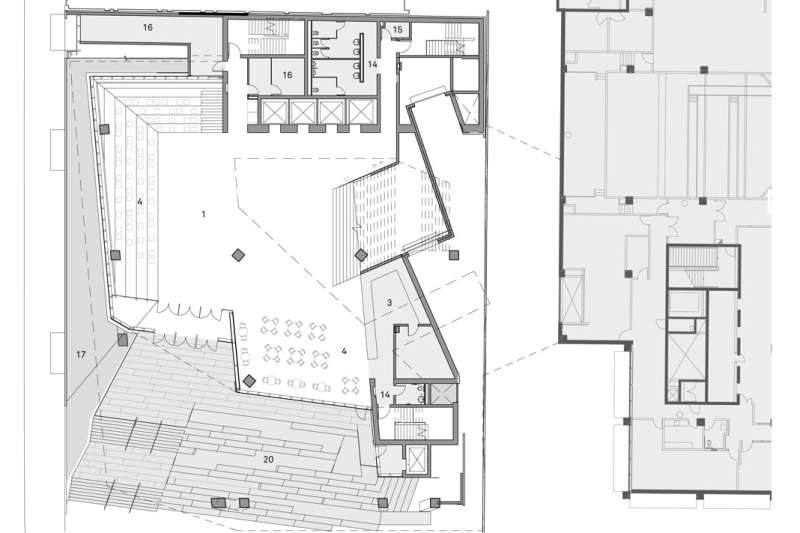 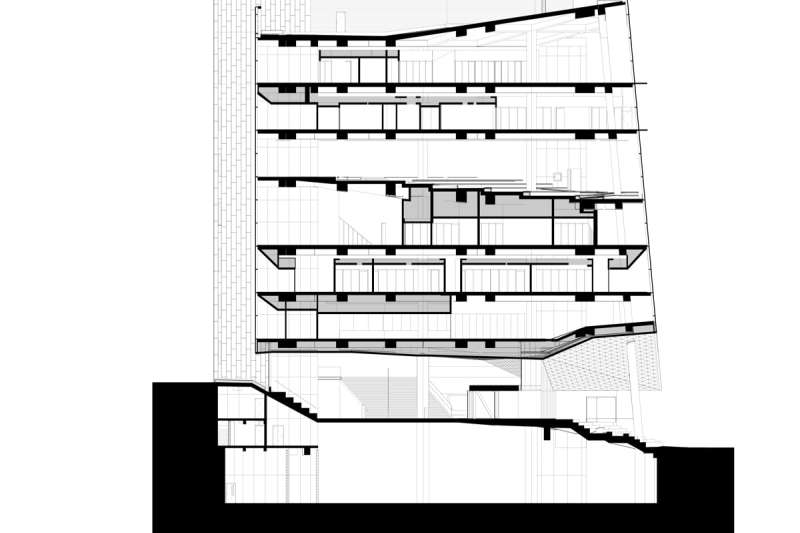