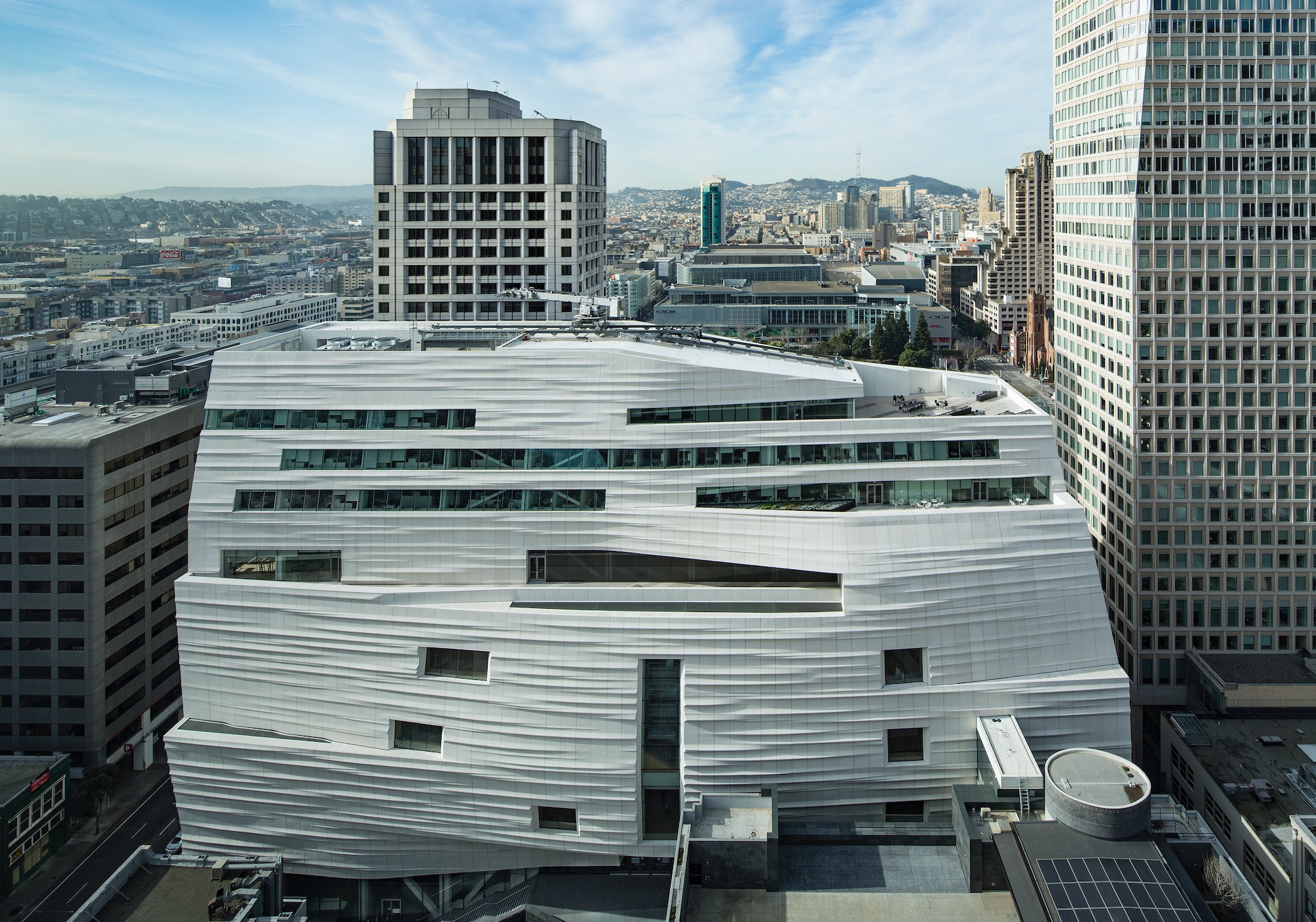 Norwegian architects Snøhetta, internationally renowned following the success of the innovatively traversable Oslo Opera House, have created waves in the media with the opening of their mesmerising, striated San Francisco Museum of Modern Art expansion in downtown San Francisco.

Media attention may be polarised, but there is no doubt that the Snøhetta-designed SFMOMA expansion offers a quirky and iconic addition to the San Francisco skyline. Craig Dykers, Snøhetta’s co-founder and the partner in charge of the expansion, suggests that the intricately folded forms and hard-carved edges of the undulating façade were a reaction to the coastal fog and topography of the city, drawing heavily on the landscape paintings of SFMOMA’s collections. This sentiment is expressed across the unique façade system, comprising 700 bone-white polymer panels with fiberglass reinforcement.

However, there is still a paradoxical lightness to the form, acting in playful contrast with the heavy temple-like, staunch muscularity of Swiss architect Mario Botta’s original post-modern design for San Francisco’s Museum of Modern Art. Of the relationship between the existing and new architectural propositions, Dykers has stated, that: “You don’t want to copy your dance partner, you want to be complementary to it so you don’t step on each other’s toes.” For the most part, the extension by Snøhetta treats Botta’s original architecture with humility and deference, whilst almost tripling the previous amount of gallery space. The exception to this was the controversial removal and replacement of Botta’s granite staircase in a bid to create better circulation and to allow more natural light into the atrium.

A cursory glance at the press surrounding the Snøhetta SFMOMA expansion reveals the extent to which the critics are divided on how this bold architectural gesture relates to the city’s urban fabric and Botta’s existing post-modern structure. However, it must be remembered that Botta’s original masonry-clad building generated the same kind of critical storm when it was first unveiled in 1995. What can be said with certainty, is that from the controversial, innovative exterior right through to the interior finishes and thoughtful circulation, it is abundantly evident that the attention to detail and care are taken with even the most minuscule architectural details in the SFMOMA expansion have been executed to a level that is often absent in projects of this size and stature. The result is truly versatile, hyper-functional gallery spaces and a sense of dynamic flow between these spaces.

The versatility of exhibition spaces provides a nice counterpoint to the symmetry of Botta’s original design, with the museum’s levels connected by long, dramatic staircases. Illumination is provided by LED lighting, hidden above curvaceous ceiling panels, generating diffuse lighting conditions ideal for the exhibition of visual works. This level of attention-to-detail is continued in a clever, multi-functional wooden tiered-seating framing the lobby, creating a flexible, casual meeting place. Although there is an undeniable Scandinavian flavor to many of the material finishes, the building still feels very much rooted in San Francisco. This is exemplified in many smaller gestures throughout the expansion, one such example being the vertical living-wall lining the Pat and Bill Wilson Sculpture Terrace. Of this collaboration with Hyphae Design and Habitat Horticulture, Dykers has been quoted as saying, “…many of the plants are from Northern California. They’re the kind of plants you might see in a redwood forest, below the canopy, and those are the things that draw you in and help to understand where you are.”

The ambitious, iconic Snøhetta SFMOMA expansion navigates a complicated relationship with the 1995 Botta building with reverence, but more importantly, with a confident deftness. The nature of the brief — to expand upon and modify an existing architectural icon — was such that collateral damage was always inevitable. What Snøhetta has achieved is an architecture that boldly addresses both pragmatic and symbolic functionality, that is clearly of place, but that also creates a place in itself through a sense of difference. This approach to design is probably best described by Dykers himself, who states, “…When you make a building in a city, one’s first reaction is to think about abstract notions of design… Why can’t you start by saying: ‘I want to make something that lets you know where you are…’ That’s very different from the uniformity that we often see. Even in highly complex architectural designs, there’s a ubiquity to them. You’re not often aware of your place.” 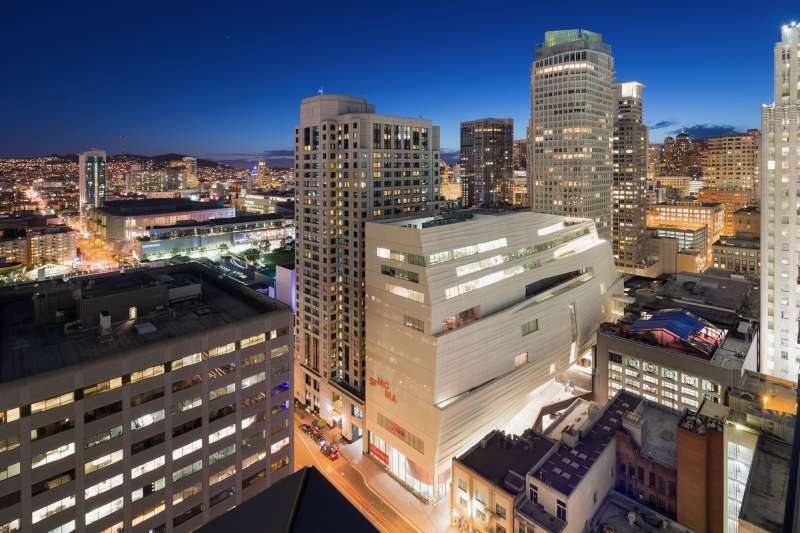 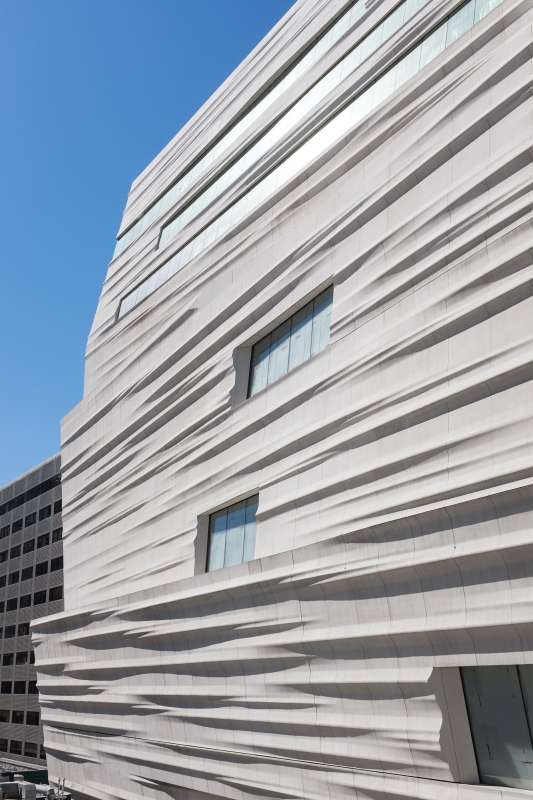 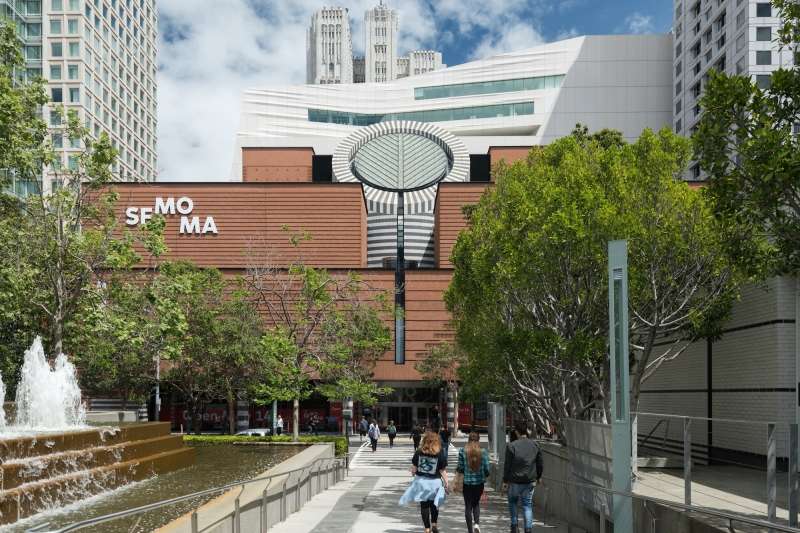 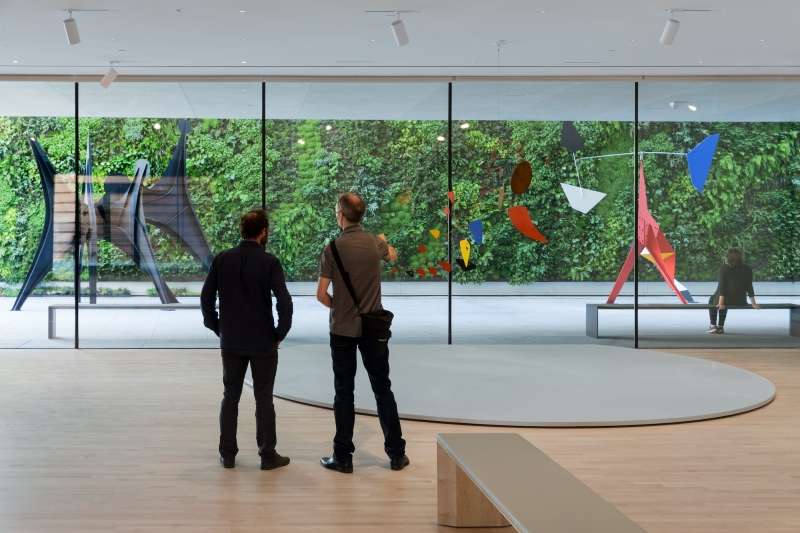 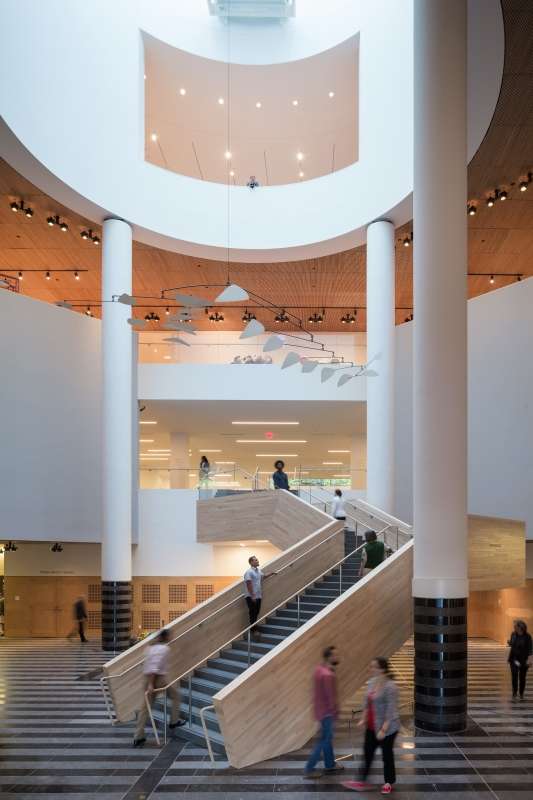 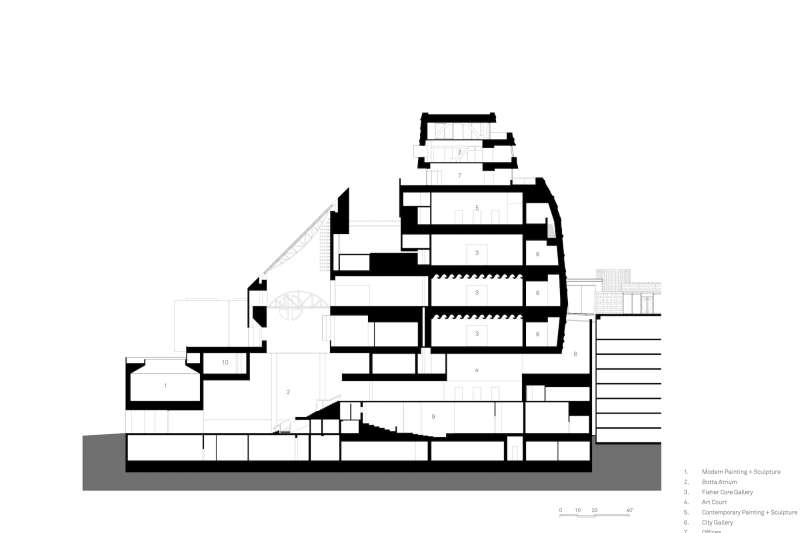