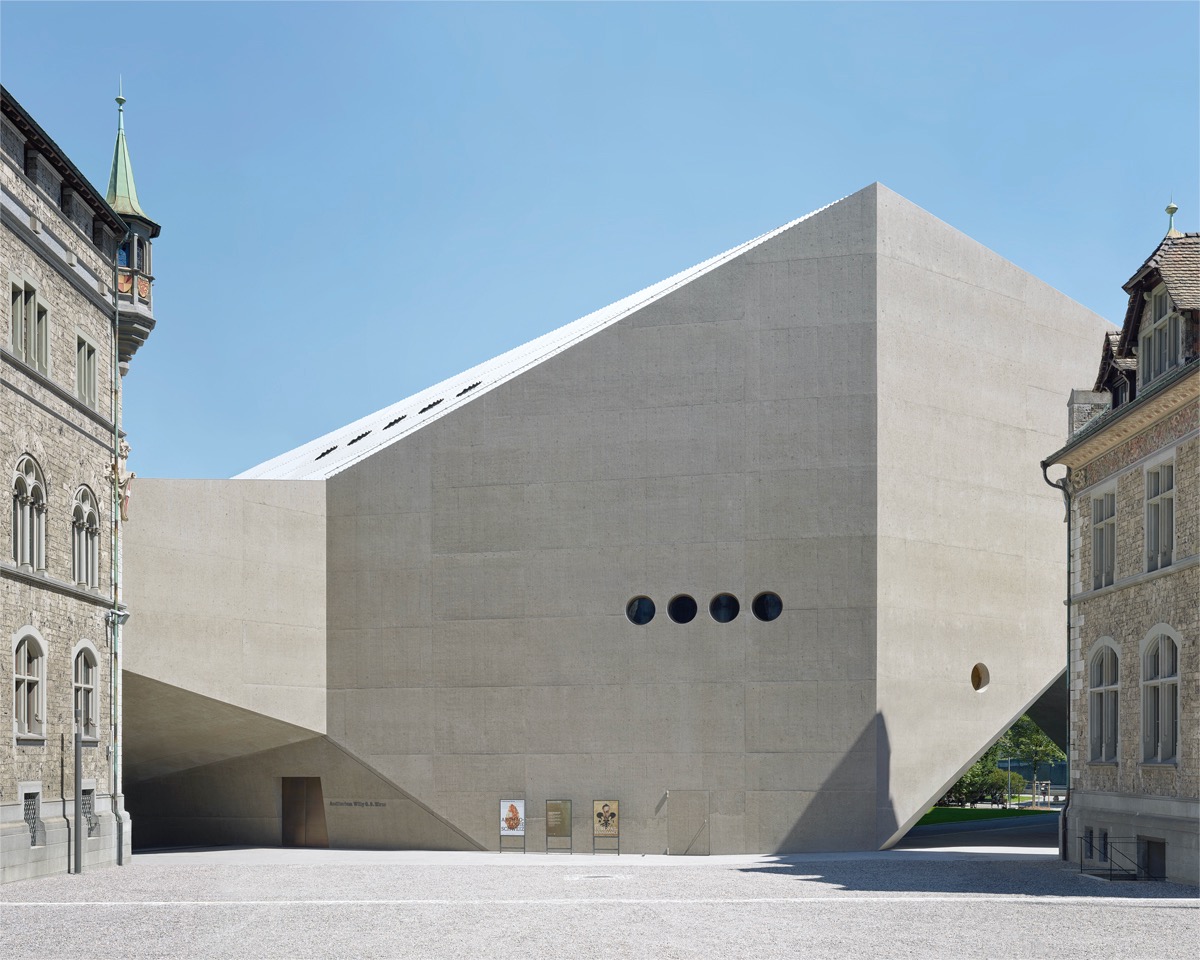 A bold and faceted extension of the Swiss National Museum aims to bridge existing and new museum programs; past and present; tectonic quality and monumentality.

Ever since its inauguration in 1898, the Swiss National Museum (Schweizerisches Landesmuseum) in Zürich has been in need of more space. The original design was drawn up by Zürich City Architect Gustav Gull in an expression of articulated Historicism – an architectural collage of styles that aimed to celebrate the multifaceted nature of the young federalist state of Switzerland – yet from the outset, it was inadequate in accommodating the museum’s growing collection. A succession of enlargement plans were drawn up in 1912, 1930 and 1942, but it took until 2016 for the National Museum’s extension to finally be realized, following a sixteen-year planning process that included two referenda at municipal and cantonal levels, and many design iterations.

This followed an international architectural competition in 2000 to renovate and enlarge the museum, through which Basel-based architects Christ & Gantenbein were selected with their ambitious proposal for a connective ‘bridge’. Unlike earlier enlargement proposals, their design extends into the Platzspitz Park to the north of the site, establishing a link between the two wings of the museum and enabling a continuous exhibition tour through its vast collection.

‘The old and new buildings are directly coupled to each other so as to form an architectural and urban ensemble’, explain Christ & Gantenbein; the building’s plan accommodates the pathways and trees of the historical park, and the expressive roofscape of the main building sets the volumetric lines of the new structure. The defines a brazenly sculptural form, with a continuous roof folding into and over the park, and volcanic tuff-concrete walls wrapping into the soffit of the bridging element.

Christ & Gantenbein stress that this expressive form ‘can be understood as a contemporary interpretation of Gull’s articulated historicism’ – in that it acknowledges the past while looking toward the future – and insist on drawing parallels between the old and new, in the smoothed cement floors that ‘reinterpret the old building’s terrazzo floors’, the textured concrete facades that echo the tuff stone of the original building, and the 80cm thick walls that continue the tectonic solidity of the main museum.

While these justifications may seem tenuous, Christ & Gantenbein do concede that their design is ‘nonetheless unmistakably modern’, prioritizing the purity of its sculptural form over its stylistic sensitivity. The austerity of the external expression is continued internally, with exposed technical services introducing articulation to otherwise bare concrete interiors. As in their Kunstmuseum Basel, Christ & Gantenbein suggest that the singularity of these spaces allows the exhibition content to be foregrounded, but their sheer scale also seems to diminish the strength of the museum’s collection.

This excessive monumentality is most pronounced in the building’s main staircase. The ‘gallery stair’ conjures visions of a space activated with movement and engaging exhibition material, yet the vast stair sits empty – an arduous ascent that offers little more than an oblique view from one of the building’s many portholes. With little space to pause or sit, the extension seems intent on serving its bridging function above all else, pushing visitors to reach their destination rather than take time to the journey.

Beyond the exhibition route, the new structure accommodates a library and a large auditorium for public events, yet these spaces also share the persistent coldness that permeates the rest of the extension. There is little doubt that Christ & Gantenbein’s National Museum Zürich is exceptionally well built, and this is particularly evident in the sensitive and subtle renovation of the original building, but the project feels lacking in the sense of generosity we might expect from such an institution.

The design is most convincing in its connection to the Platzspitz Park, as the building folds to draw the landscape into the central courtyard beneath its bridging form. This establishes an uninterrupted connection between the museum and the park, bringing new vitality to the museum’s central urban position within Zürich — if only this vitality permeated the internal grey of Christ & Gantenbein’s relentless monumentality. 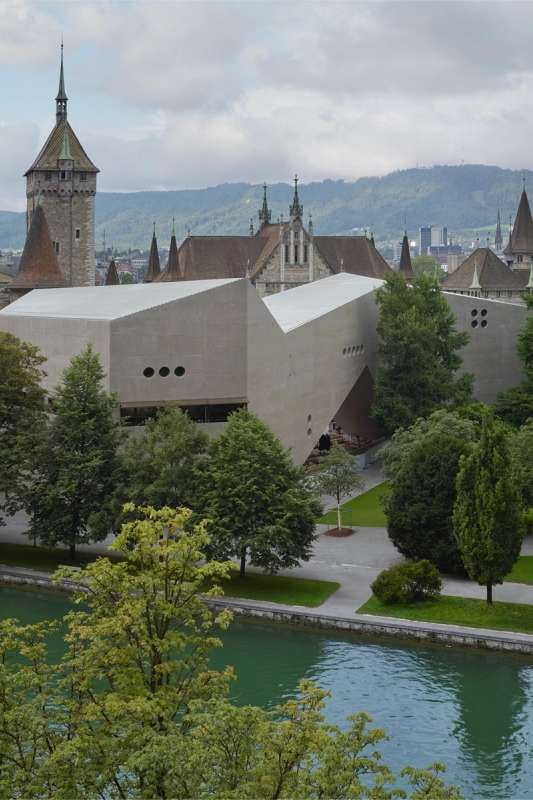 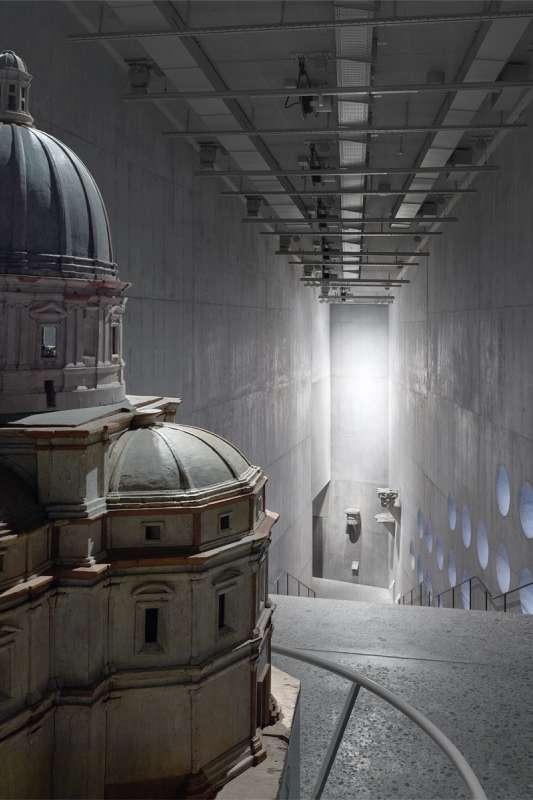 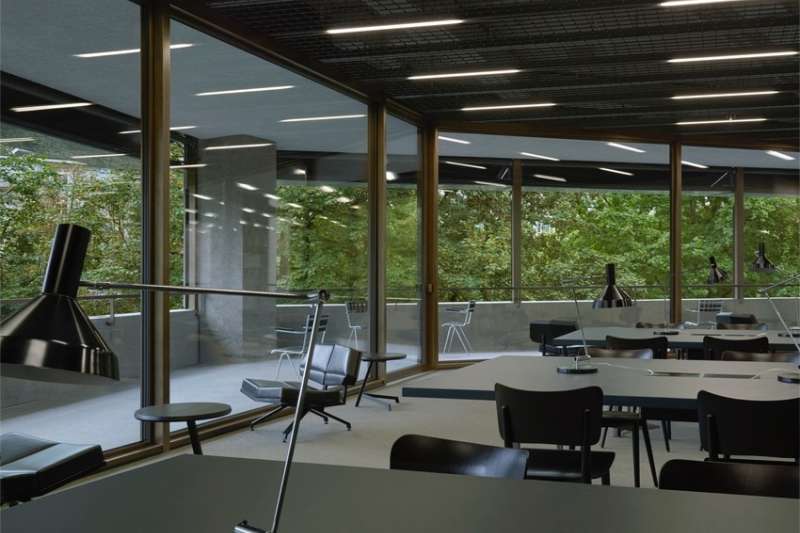