The Philharmonic Hall of Szczecin is located on the historical site of the Konzerthaus, destroyed during the Second World War, creating an urban corner in a neighborhood close to the historic city.

Mass, verticality and the shape of the rooflines are dominant, connecting the hall with the rest of the city. The whole is wrapped in translucent glass with protruding vertical strips of aluminum.

The building emerges from its urban context, influenced by the steeply pitched roofs and the verticality of the city’s residential buildings, by the monumentality of the upright ornaments of its neo-Gothic churches and the heavy volumes of its Classicist buildings, by the towers that dot its entire skyline and the cranes of its port.
— Barozzi Veiga

From the outside the building is perceived as a weightless volume; the glass facade, illuminated from the inside, allows for different perceptions – sometimes translucent, sometimes opaque – depending on the building’s use and the time of day.

The building houses a symphony hall, a hall for chamber music, and a multi-functional space for exhibitions and conferences. The main entrance opens to a spacious white foyer with a central staircase and a promenade that connects the different levels of the building. A spiral staircase, next to the café, connects to the side entrance of the concert halls located on the first floor. Skylights allow for daylight to enter the building.

The exterior austerity and the simple composition of the interior circulation spaces contrast with the expressiveness of the main hall and the concert hall, reminiscent of classic European concert-hall designs with its gold-leaf covering.

Both ornamental and functional, the panels that protrude from the hall’s ceilings and walls were composed by following a Fibonacci sequence, whose fragmentation — according to the architects — increases with the distance from the scene.

The idea was to materialize a building that is both a specific part of its context, and independent from it at the same time. Accordingly, the point was not to invent something, but fundamentally to discover what already exists and reveal a new reality.
— Barozzi Veiga

The Philharmonic Hall won the 2015 European Union Prize for Contemporary Architecture – the Mies van der Rohe Award. This is the first time that a project from behind the former “Iron Curtain” has won the prize. 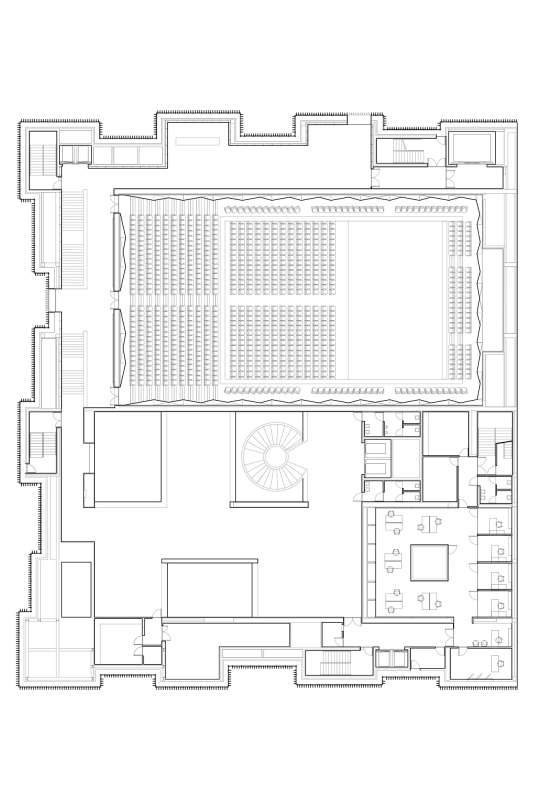 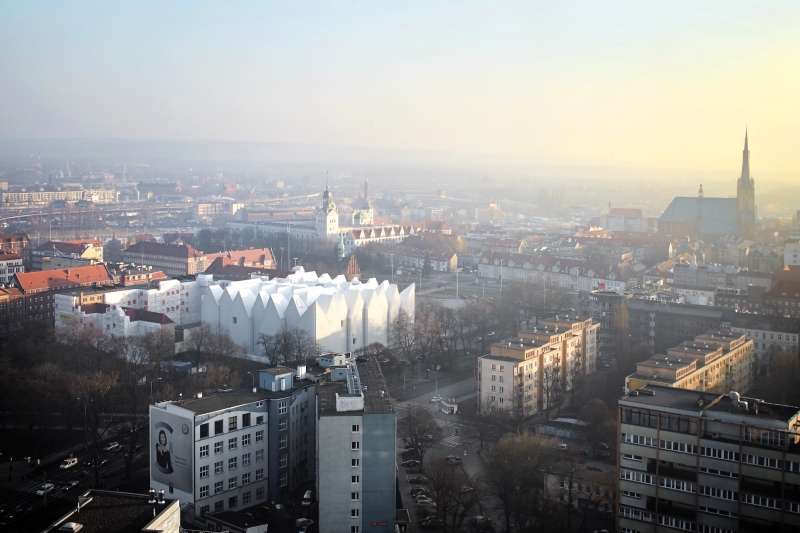 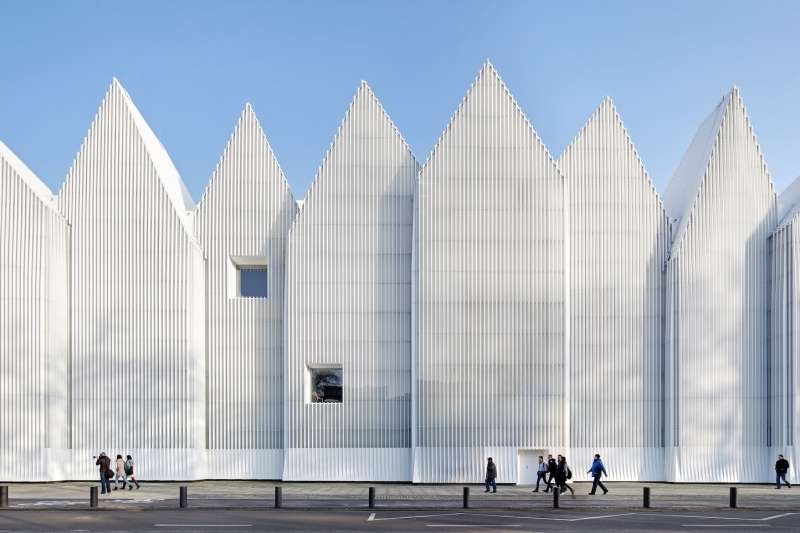 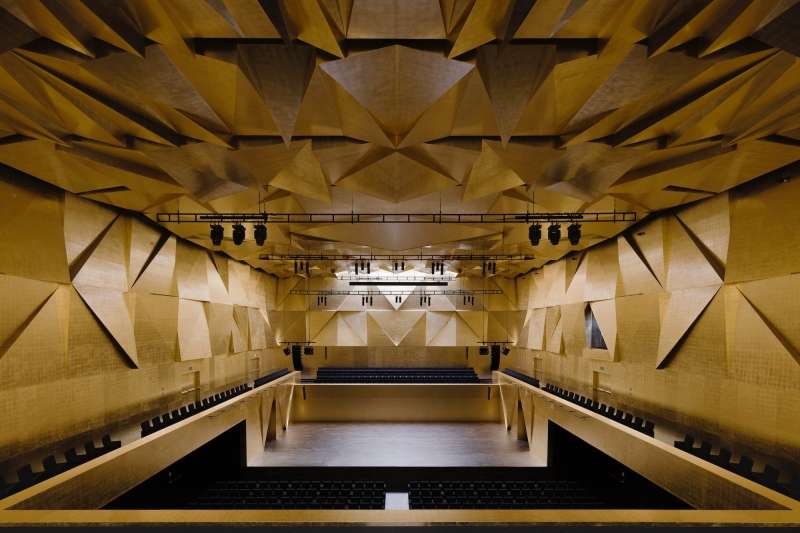 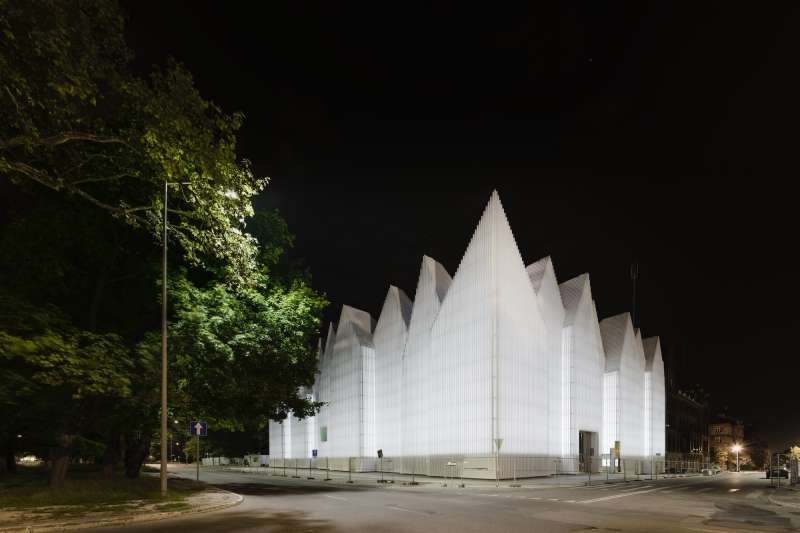