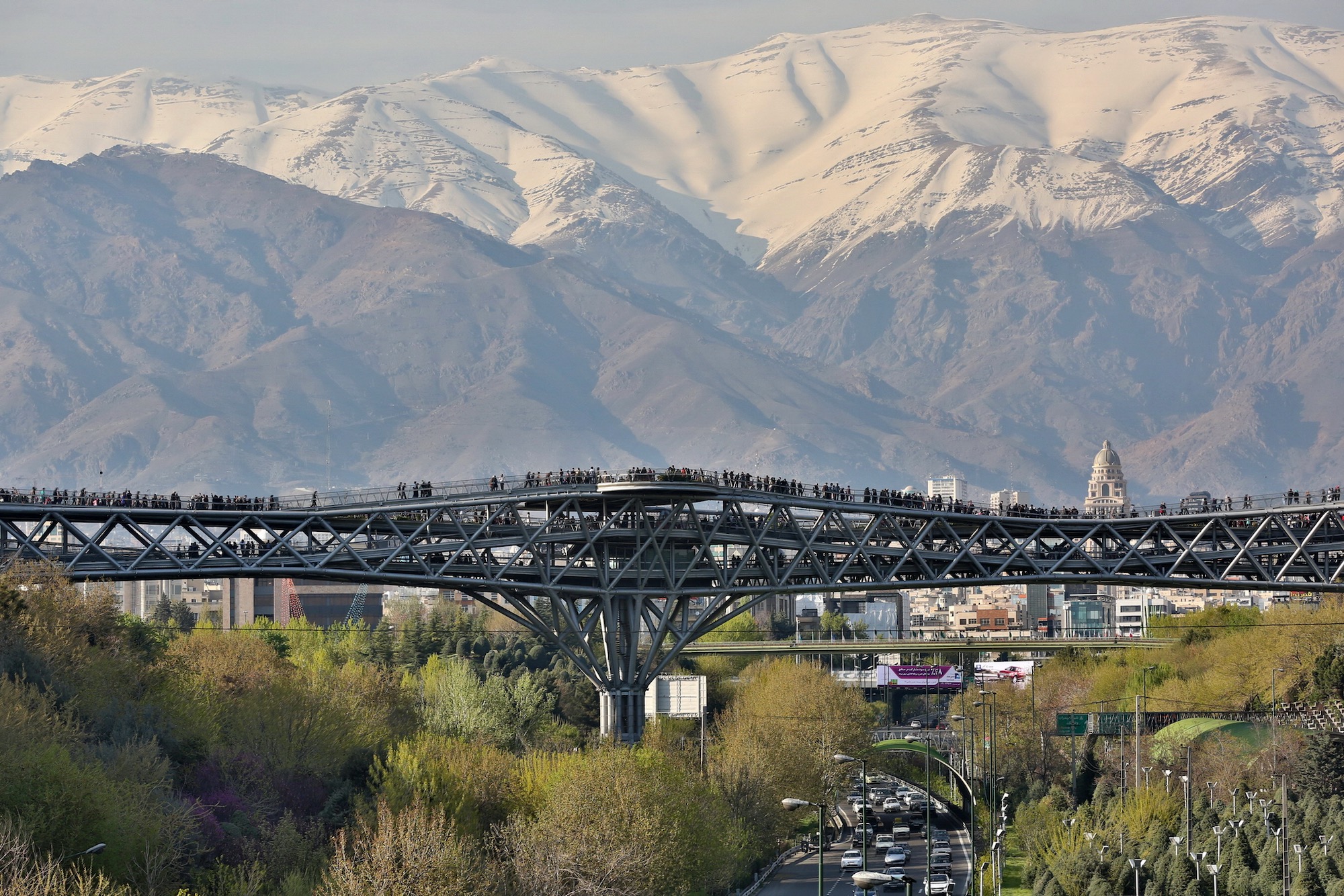 The Tabi’at, or ‘Nature’, Bridge crosses the busy Modares Expressway, framing views to the Alborz Mountains, and providing myriad opportunities for community events and recreational activities.

Incredibly, Iranian architect Leila Araghian was part of the competition team at Diba Tensile Architecture when she was just 26 years of age and still a student at Shahid Beheshti University in Tehran. Speaking to the Guardian about the surprise success, Araghian said: “I used to say it’s just a piece of design on the paper, I couldn’t believe it would actually be built one day … It’s a good feeling to see people are enjoying it, to see them sitting on the benches or just hanging out. It gives me more confidence in my future work but when I come to think of it, it’s one of those things that you get to do only once in your lifetime.”

Three large tree-like pillars support the 270-meter curved structure, constructed from a total of 10,000 cubic meters of concrete and 2,000 tonnes of steel; it contains multiple pathways and circulation routes, and three interconnected levels with kiosks, cafés, and areas for sitting and watching the thousands of pedestrians who now use the bridge every day. Of the design intentions for Tabi’at Bridge, Araghian has explained: “I didn’t want it to be just a bridge which people would use to get from one park to another, I wanted it to be a place for people to stay and ponder, not simply pass.”

Tabi’at Bridge has been awarded several international accolades, including selection as one of six recipients of the prestigious 2016 Aga Khan Award for Architecture, and the Highways & Bridges prize at the Architizer A+ Awards. The Tabi’at Bridge has not been without controversy however, with international sanctions against Iran hindering the construction process, and even preventing the studio from entering the bridge into a British-based design competition.

Tabi’at Bridge exudes dynamism and optimism, both in the programmatic possibilities it creates and in its achievement as an inspiring feat of structural engineering. This overarching sense of optimism seems integral to the design philosophy; in conversation with the German Institute for Foreign Cultural Relations, Araghian stated: “I believe in the fact that good architecture has to be timeless. It has to be accepted at any time and place responding to very basic human needs, the physical and the psychological ones. If we manage to do so, our spaces will be working at any time, in the present and in the future. Then there is no yesterday or tomorrow, but the simple possibility to live the moment and stay in the present.” 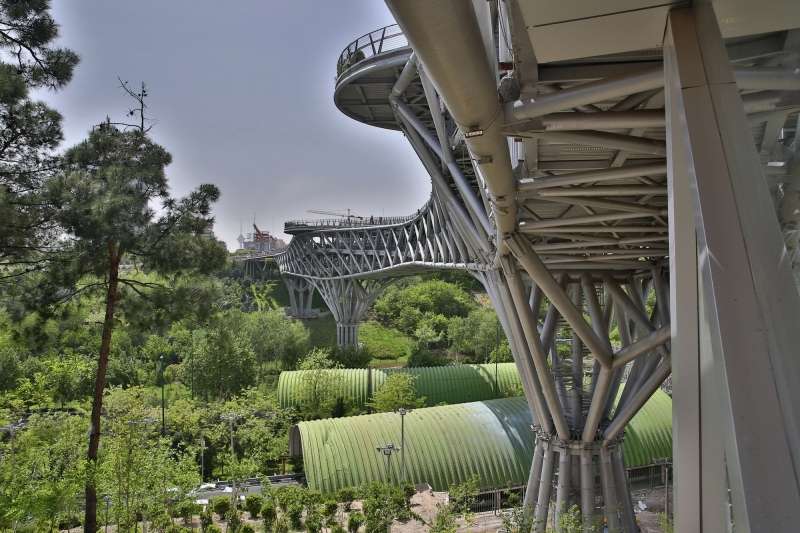 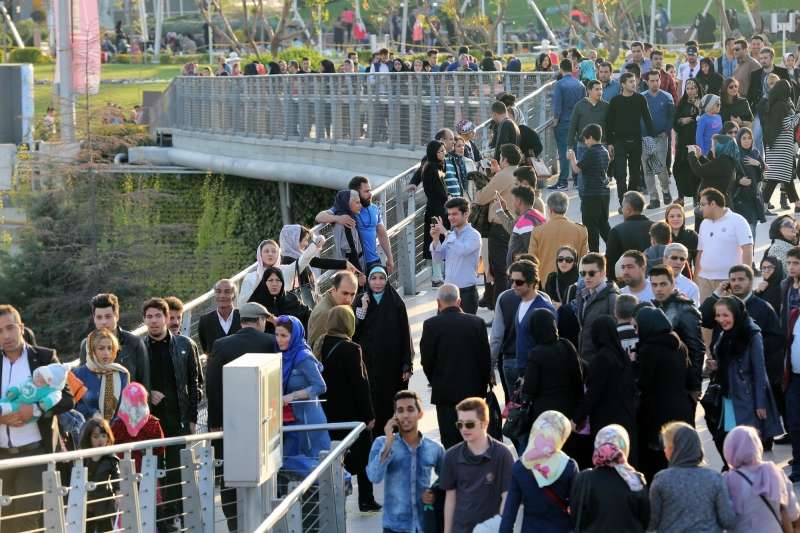 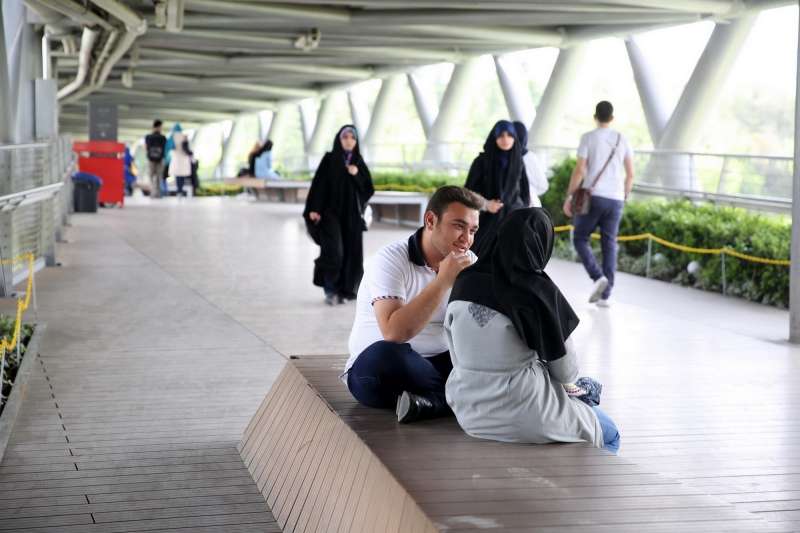 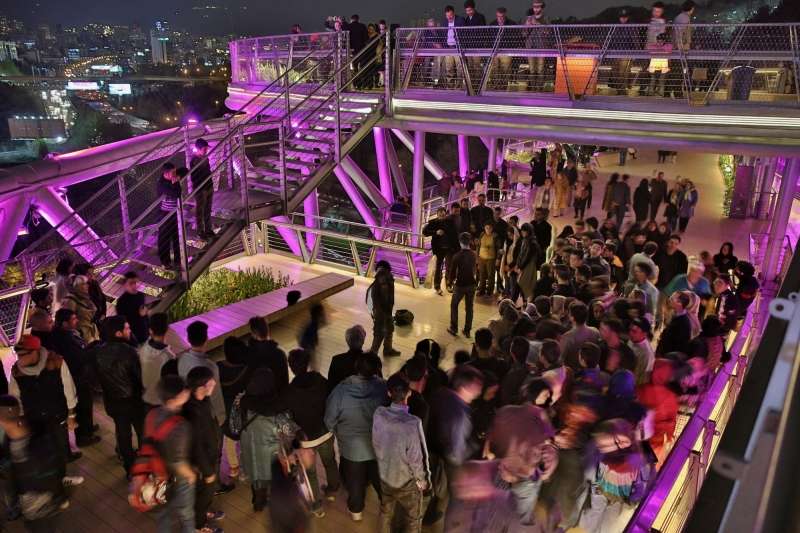 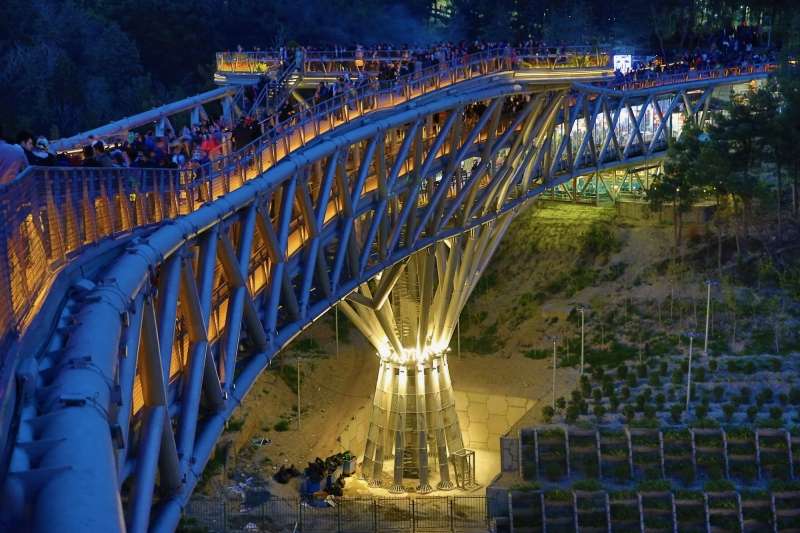 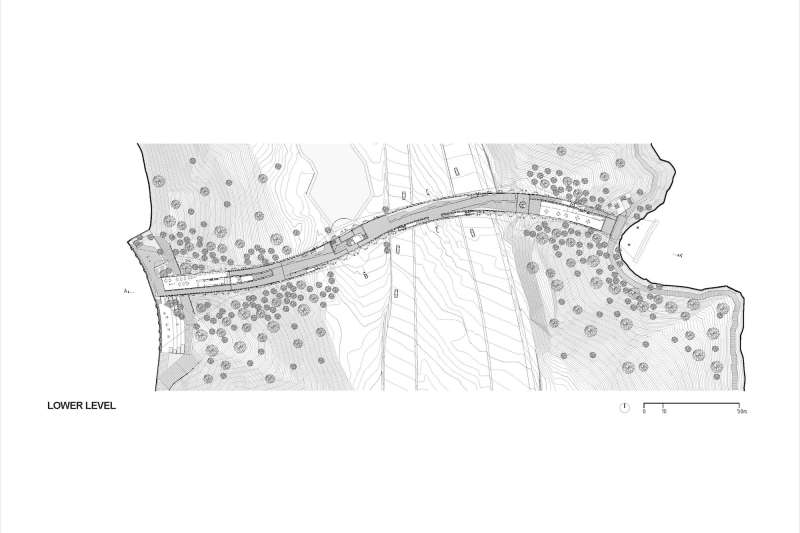 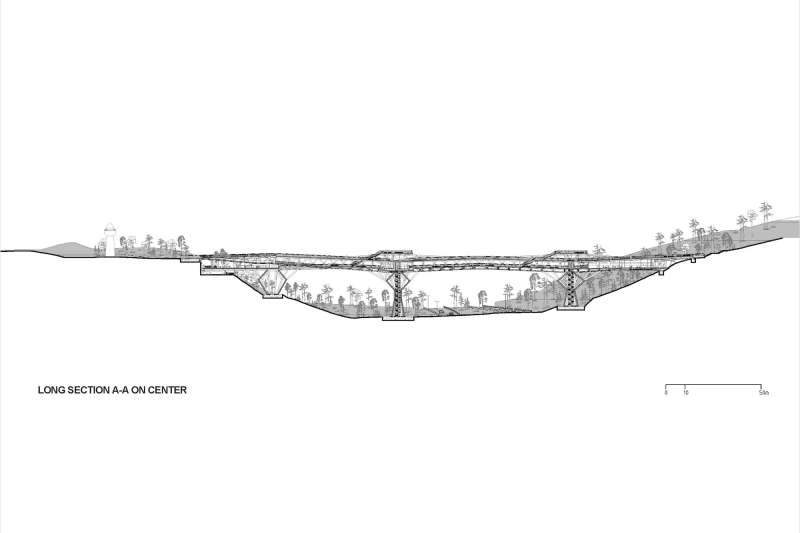