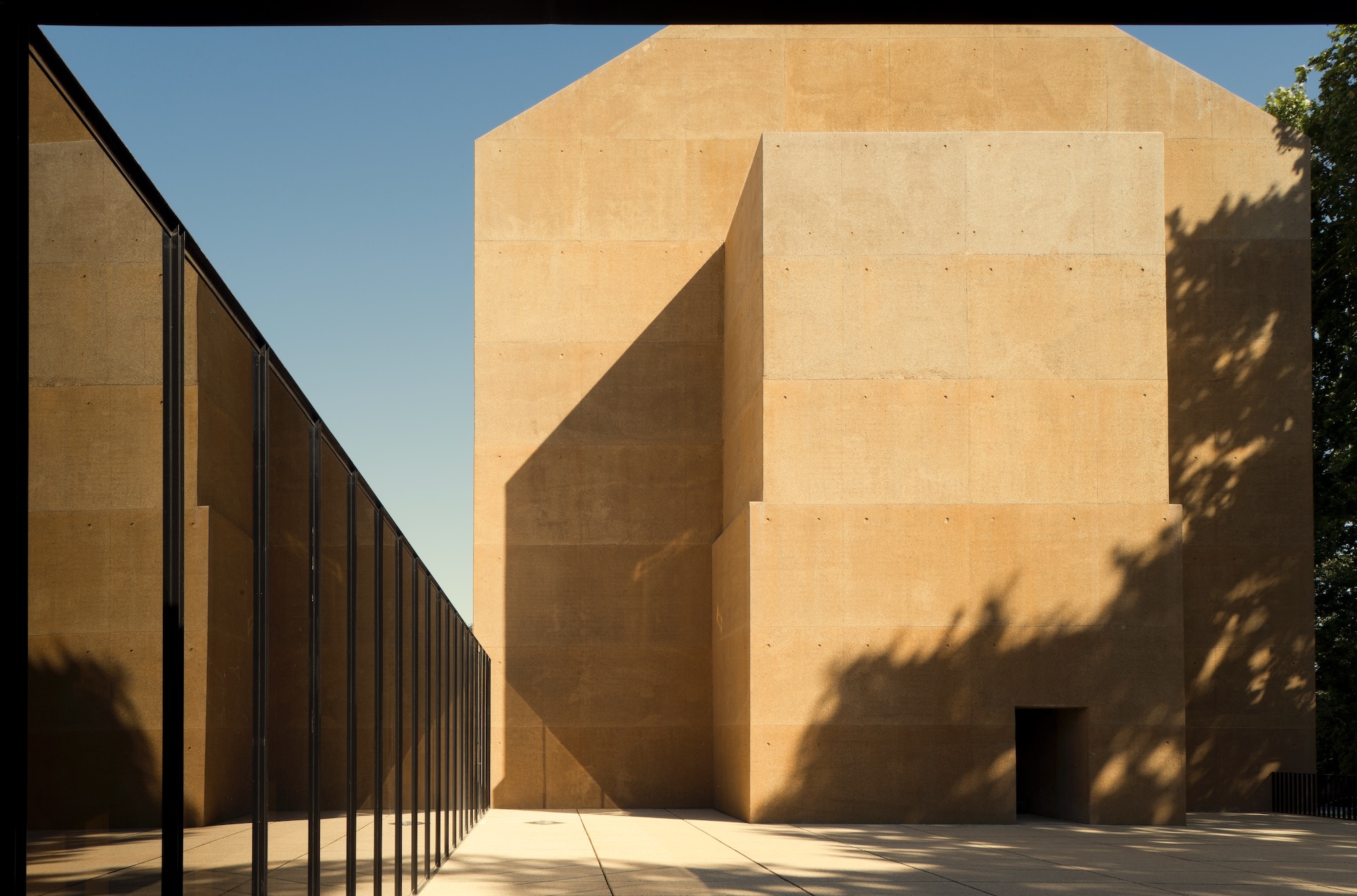 Designed by Gonçalo Byrne Arquitectos and Barbes Lopes Arquitectos, the newest iteration of Lisbon’s centuries-old Teatro Thalia successfully marries the restoration of a complex history with a careful articulation of the theatre type.

Sited next to the Lisbon Zoo, Teatro Thalia’s convoluted history spans almost 200 years. Built in 1825 as a small theatre salon, Teatro Thalia was rebuilt and restored by the bacchanalian Count Farrobo in 1842 as a theatre exclusively for satire. Known for its wild parties and luxurious interiors, illuminated by gas lamps well before the rest of Lisbon, Teatro Thalia enjoyed a short life before falling victim to fire in 1862. The remains stood for over 150 years before a study from the Portuguese Ministry of Education and Science commissioned a study to reconvert the Thalia Theatre into a modern, multipurpose space.

A challenge taken on by two offices — not to mention two generations of Portuguese architects — writing the next chapter in Teatro Thalia’s history was no easy feat. First, to honor the theatre’s storied past, the peristyle guarding the entrance was restored. With glazed doors framed by the original arches, the original Latin text carefully projected outwards from the frieze in delicate metal script, and roof tiles re-cast in a prized local limestone, the entrance to the theatre has a sharp, almost surreal quality.

The entrance foyer continues the restoration of classical elements already present in the peristyle. Articulated in tall, neoclassical proportions, the foyer is marked by sparse decor – a fluted styrofoam frieze leads to a clerestory window that brings light into the space. The only visible details are the painted polycarbonate handrails, a marked contrast to what comes next.

After being lost to fire, the remainder of Teatro Thalia’s external walls have been carefully but indirectly resuscitated in monolithic in-situ concrete. With only scraps of a structural skeleton to work with, the architects chose to graft a new structural skin to the old walls of the theatre. The remaining structural elements were embedded into this new concrete cast, which in turn obliterated the remaining non-structural elements. In this sense, the concrete shell now forming the Theatre’s exterior also functions as a negative cast, forever preserving its interior. Here every blemish, detail, and material texture is forever embedded into the palimpsest of the theatre’s internal skin.

Within the theatre, the apparatus usually supporting stage activities stands apart from the stage itself. Articulated in structural steel, the fixture supporting light and sound hovers over the indeterminate ground of the stage, barely touching the walls that support it.

In marked contrast to Teatro Thalia’s interior, the external volumes are a reductive representation of elements from which the building was originally formed. Finished in monolithic concrete as a series of pure volumes encasing the theatre’s internal functions, the exterior has been sprayed with a corrosive solution to create an instantaneous patina. The new urban edge of the Theatre connecting to the foyer is articulated as one-way mirror glass. Here, pedestrians are unknowingly cast as actors on a stage seen only by the theatre’s audience.

Restoring a building with such a storied history requires a precise touch – the architect must develop a toolkit belonging equally to the archaeologist and the plastic surgeon. Working both outside-in and inside-out, two generations of Portuguese architects have successfully formed an architecture that will represent the next chapter of Teatro Thalia’s history. 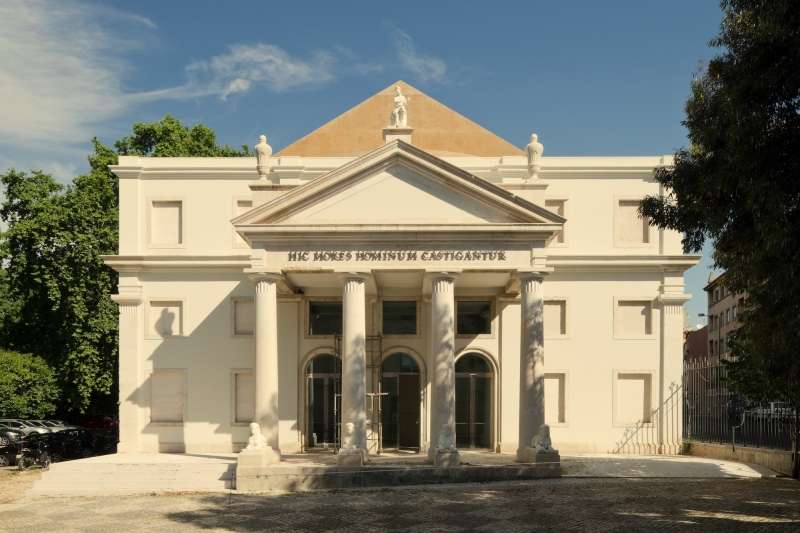 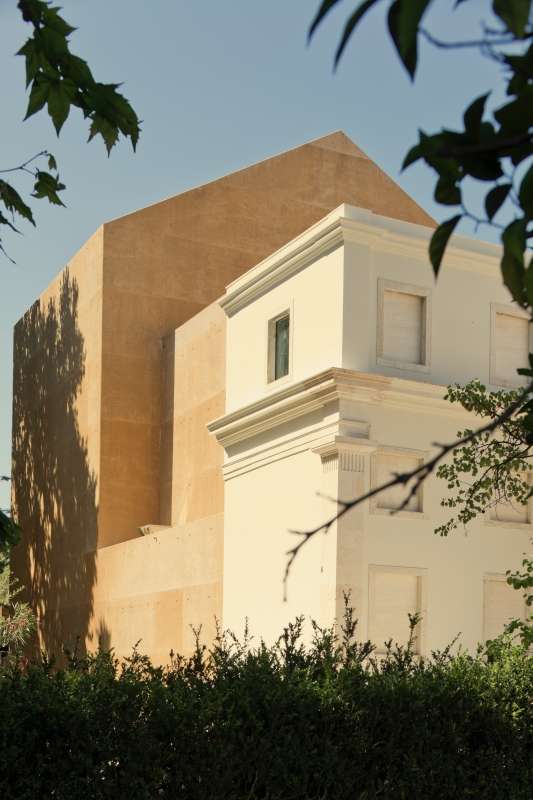 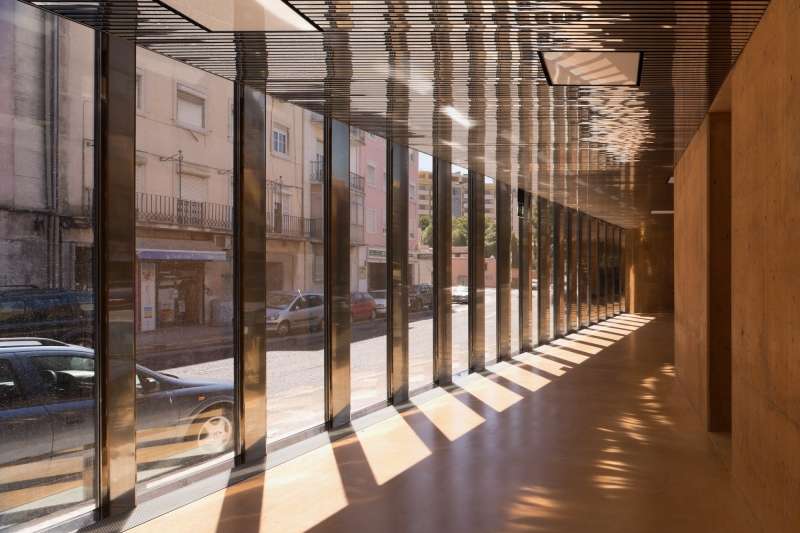 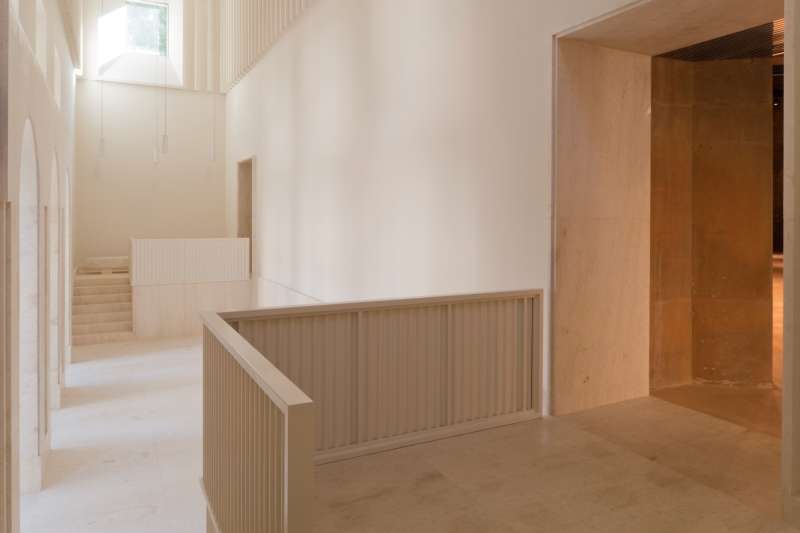 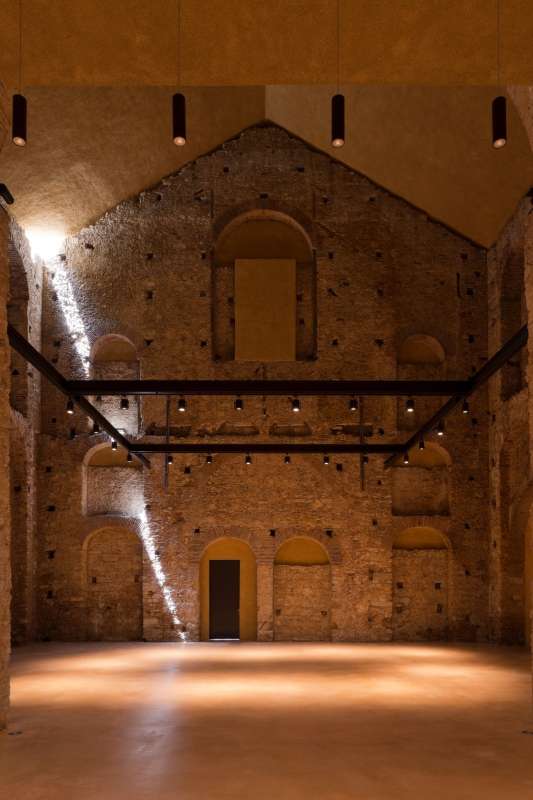 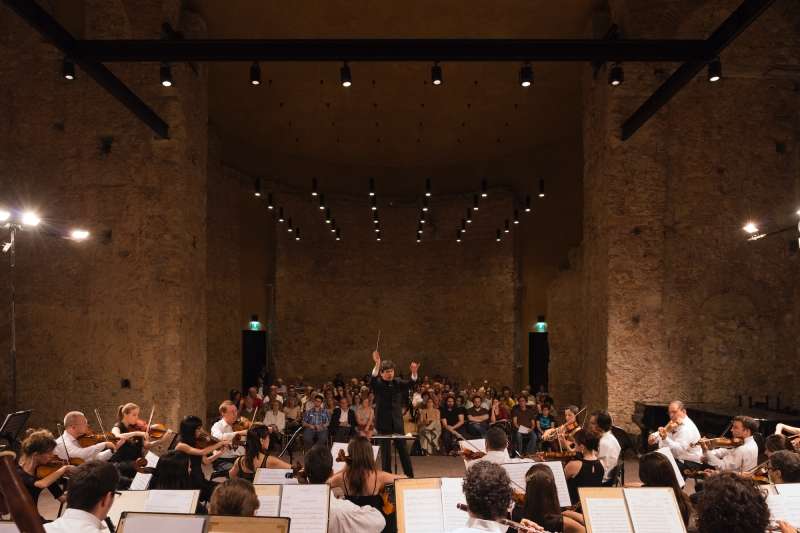 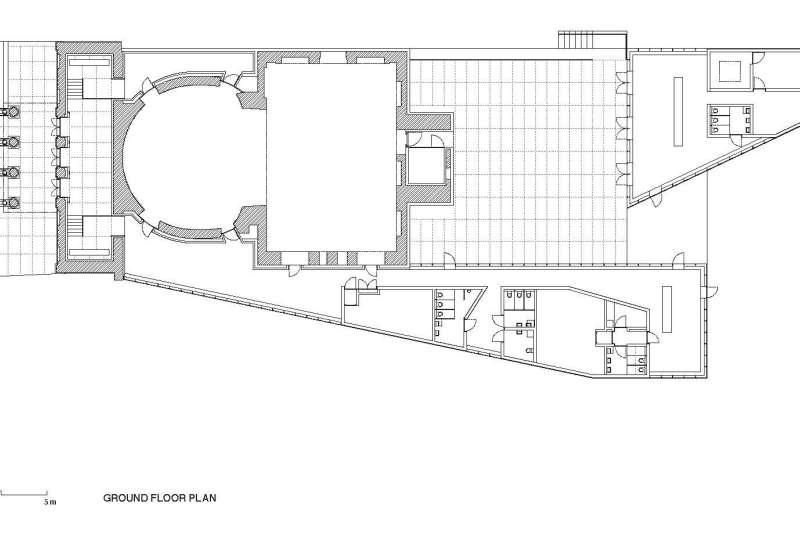 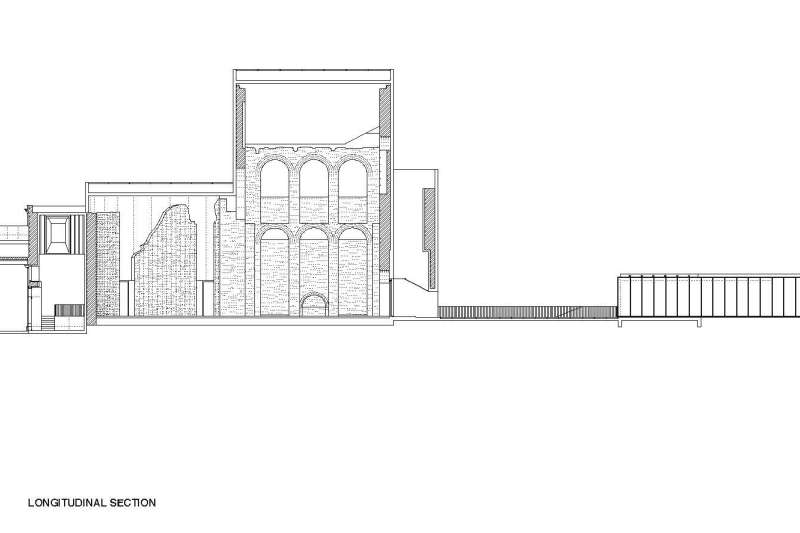