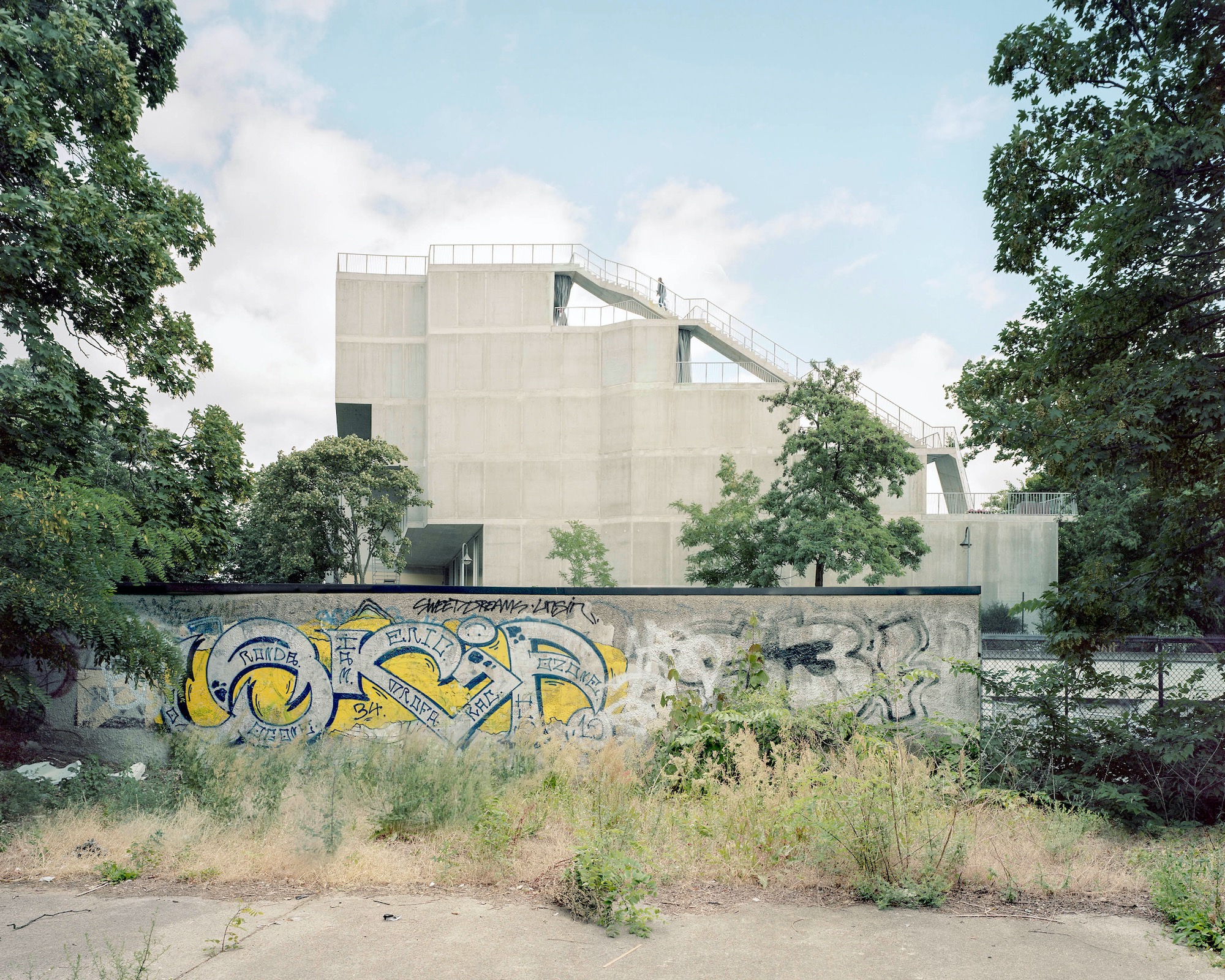 Terrassenhaus Berlin is an update of the terraced house typology that blurs public-private boundaries and exchanges the economic benefit of commercial programs for new collective residential spaces.

Terrassenhaus Berlin is a multi-use atelier and gallery building designed by Brandlhuber + Emde, Burlon & Muck Petzet Architekten. It is located on a former scrapyard by the railway track in the district of Berlin-Wedding. As an update of the terraced house typology, the mixed-use building embeds itself in a heterogeneous neighborhood of commercial and residential blocks, adjacent to 1900s dwellings and a climbing hall.

The building is a private initiative by client Lobe Block. It was initially intended to be a smaller intervention of exhibition and commercial spaces inspired by a previous project by the architects, Brunnenstrasse 9. However, the designers felt that Berlin’s rising property prices and construction costs were pushing architects to create smaller, less social spaces. Thus, they convinced the client to construct a large mixed-use building that would maximize the volume available and not sacrifice large, high-quality public spaces that could potentially benefit the neighborhood.

In their proposal for a larger scheme than was originally planned, the architects referred to a zoning plan from 1958 that permits the construction of a five-story commercial building. At the same time, an ongoing grandfather clause ensures that the area will remain essentially a residential zone. Thus, the new building serves as a commercial building now but could potentially become a residential site in the future. Today, the project aims to overcome the separation between living and working, commercial and residential, and questions existing norms.

With its staggering levels and ziggurat-like shape, the building creates a new version of a terraced house by replicating the ground floor five times in the form of stepped terraces. All terraces are placed on the building’s rear façade, facing the railway track and a wide view towards the south. On the front side, the stepped terraces produce a negative form that provides the street with a sheltered public space. The lower floors are shifted slightly southward, which creates a 7.5-meter-deep covered plaza from the sidewalk to the building entrance.

Two external staircases go all the way from a communal garden behind the building to a shared public roof, connecting the different floors along the way. This ensures that the terraces become a more common space that is accessible to the public and creates different encounters between the building’s users and visitors along the way. The six meters deep terraces both contain a degree of distance and privacy and thus blur the boundaries between public and private spaces.

Terrassenhaus Berlin is kept in a simple choice of materials, with a rough concrete envelope and plywood on some of the interior walls. As neither roof nor patios have extra drainage, all surfaces are tilted slightly towards the garden to drain rainwater down into the vegetation below. With its almost mono-materiality and visual continuity between exterior and interior, the separation between the building’s public and private spaces are erased, as they are perceived with the same importance.

The rough building structure is adaptable to the needs of the inhabitants, with narrow and deep apartments without internal partitions. The depth of each apartment unit varies, starting from 26 meters on the ground level to 11 meters at its narrowest. The program of each unit aligns with the changing floor depths and the amount of light that subsequently varies with each space. Each floor can open completely out onto its terrace through ceiling-high doors, or be shielded away from views in by external silver curtains.

The building opens up towards the street with a covered, semi-public plaza and a double-height high gallery space on its ground floor. Above the gallery, the building contains a co-working space with meeting rooms, rentable offices, an artist’s residence, and ateliers. Only the technical connections, sanitary facilities, and elevators are pre-installed in two concrete cores, so the rest of the building becomes a large, flexible space, where the users can change the house’s functions, additions and spatial separations as needed.

With Terrassenhaus Berlin, Brandlhuber + Emde, Burlon & Muck Petzet Architekten unfold an answer to rising property prices and exchange economic benefits for collective space. With a variety of different functions that can take place inside the building and on its terraces, the residents, visitors and gallery owners can co-habit and maximize the use of the site. With this updated version of the terraced house, the project raises questions of public and private and introduces a new building model in a contemporary urban context. 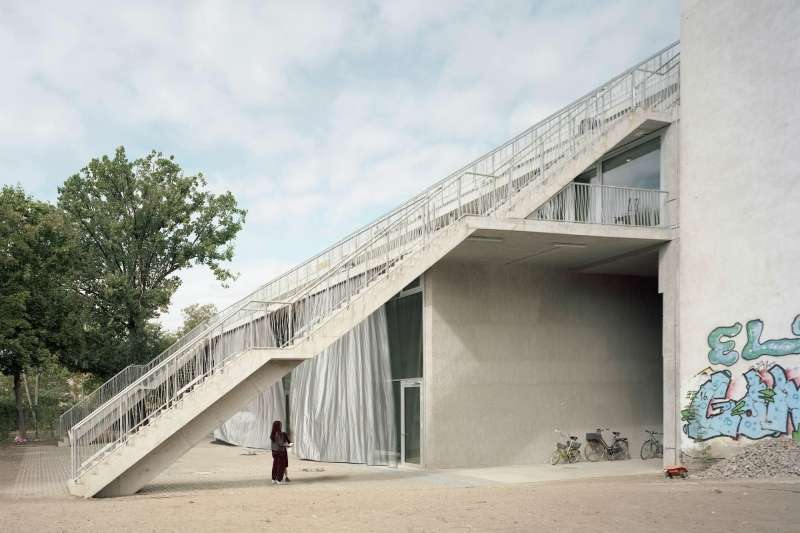 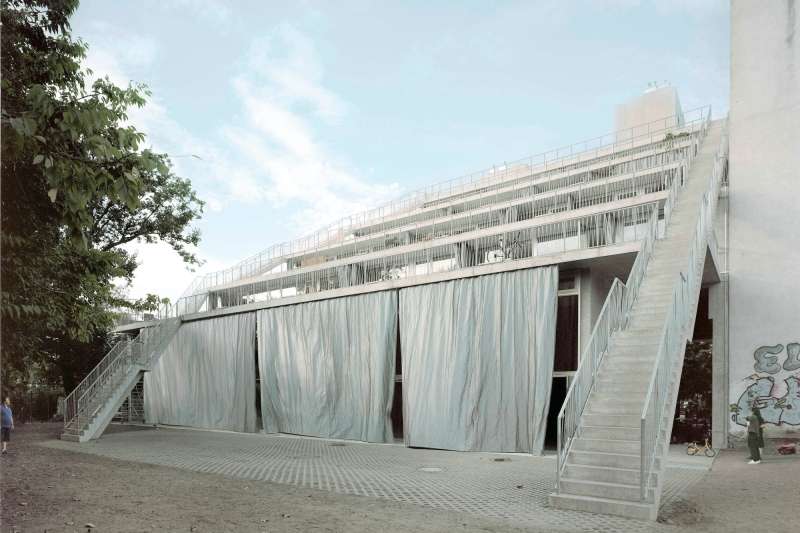 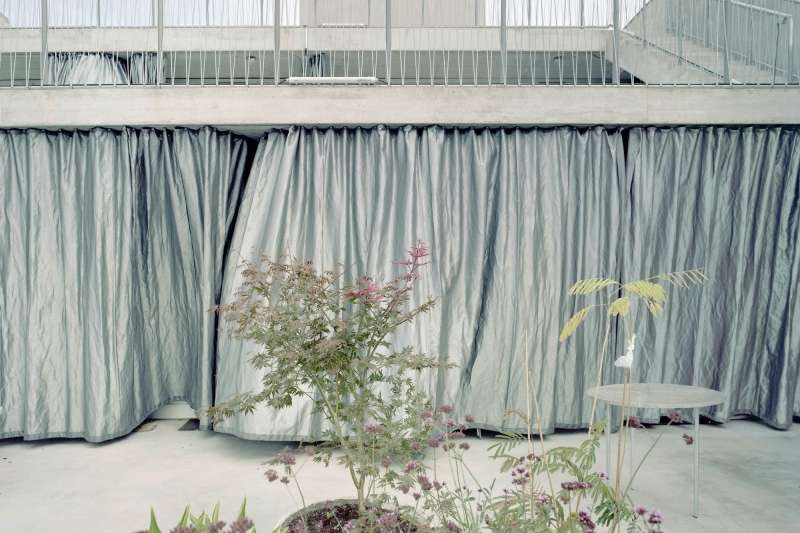 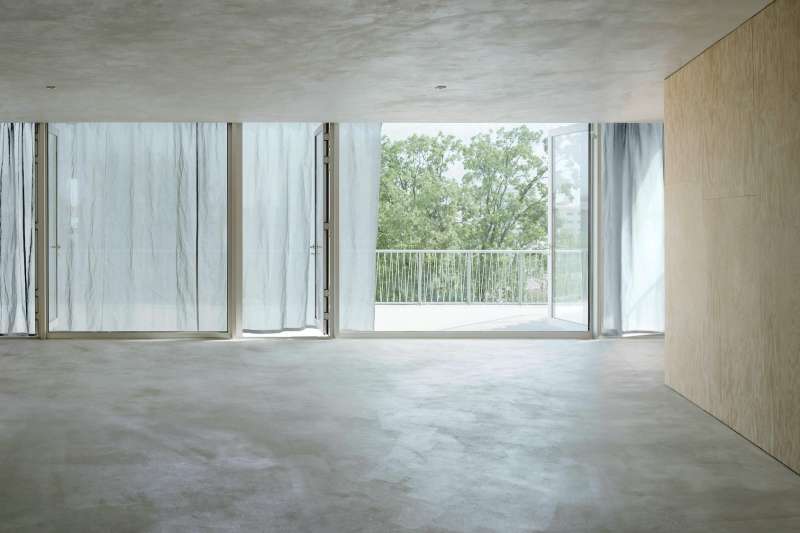 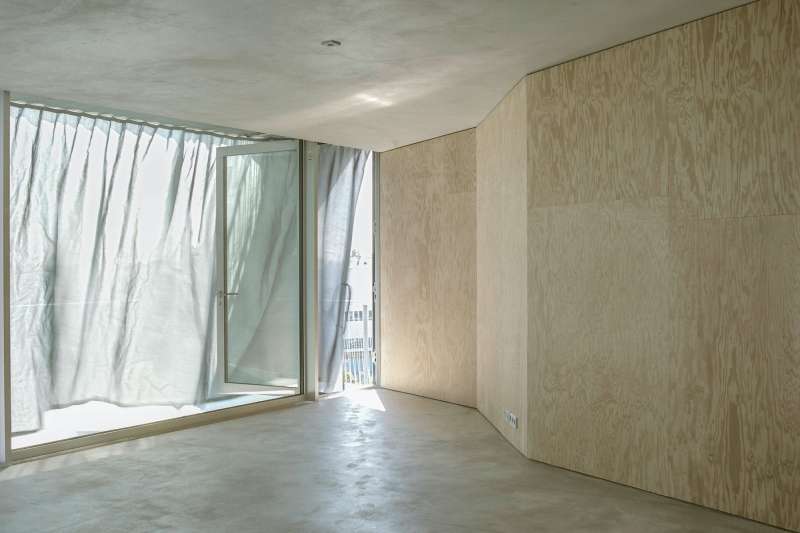 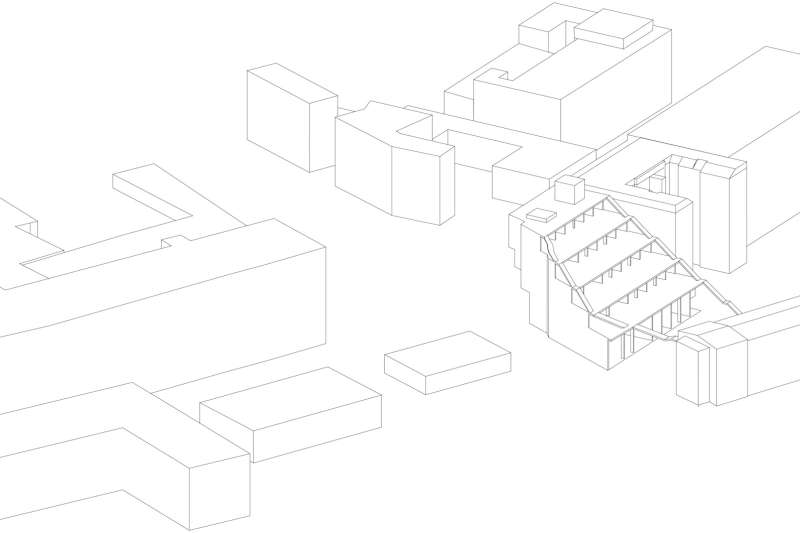 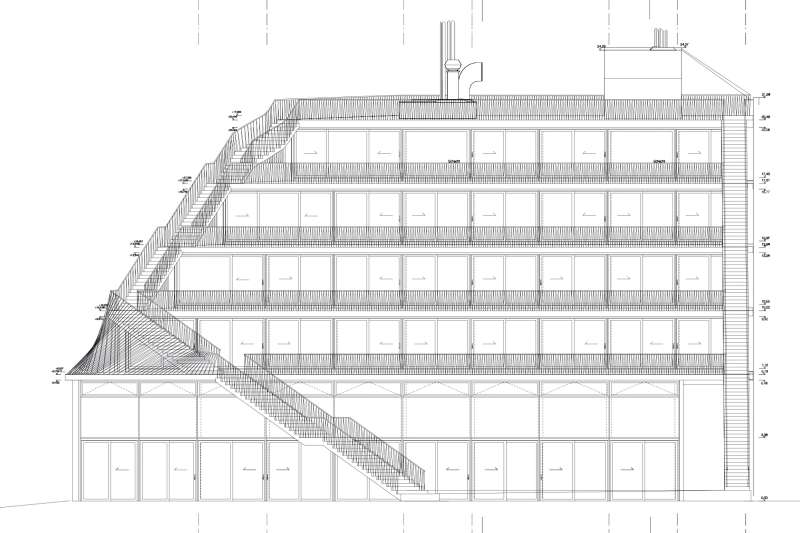