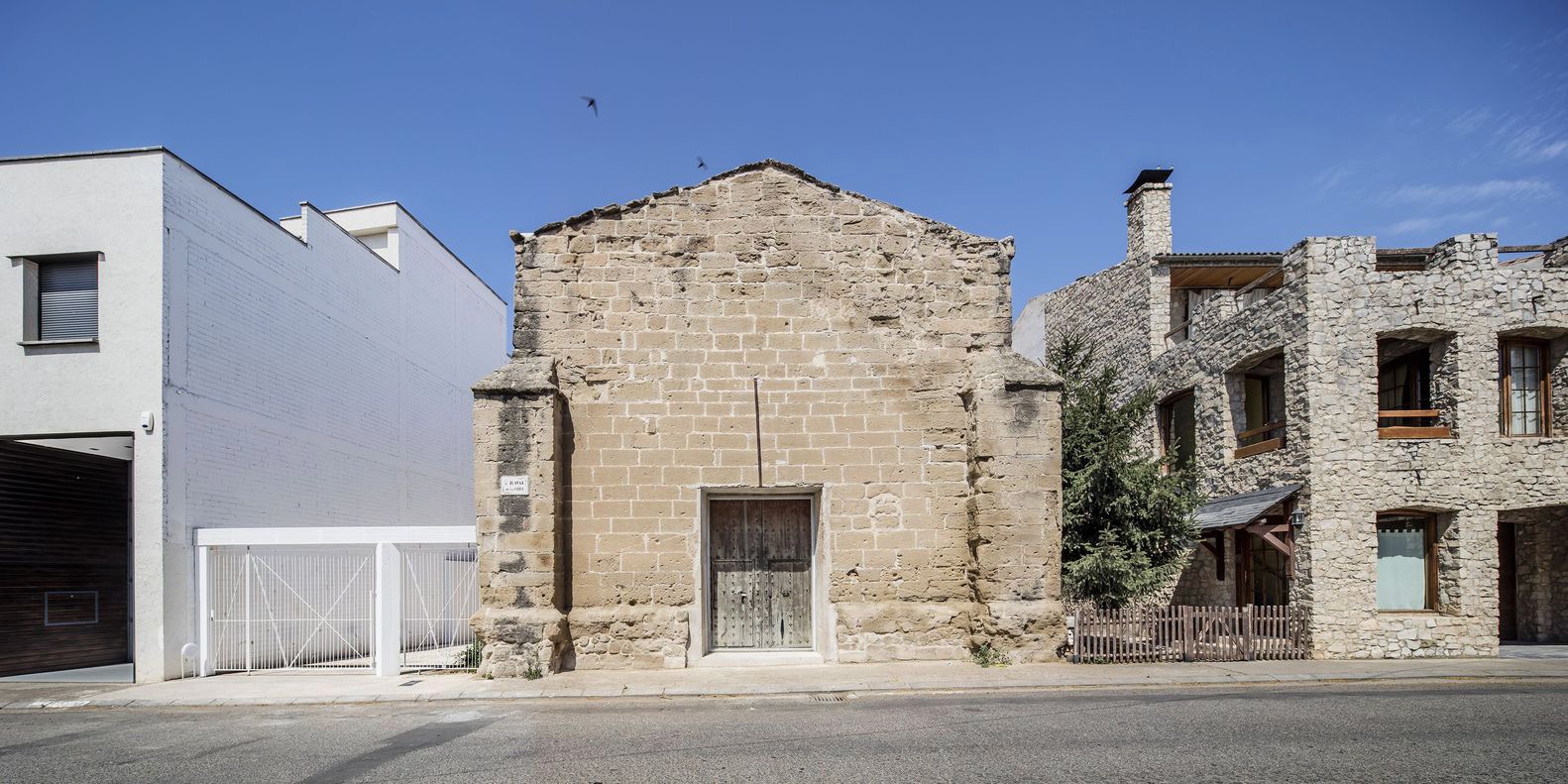 Through ingenious masonry detailing, considered rehabilitation and thoughtful reprogramming, AleaOlea Architecture has produced an award-winning cultural building for the village of Lleida in Spain.

Left as a roofless ruin after bombings from the Spanish Civil War in 1936, the 13th Century Parish Church of Vilanova de la Barca has figured as the center, albeit unused, of the ancient village it resides in. The church was left in a general state of ruin; preserving just its apse (vaulted semi-circular dome), some fragments of the nave (main congregational spaces), and the western façade required a difficult rehabilitation.

First, the enduring stonework walls of the old church were skillfully stabilized and consolidated to provide the framework for reinstating the missing walls and roof. In an effort to recover many of the spatial qualities of the original building, the new hall has been reimagined in an act of inspired invention. In contrast to other rebuilt churches, which have been mere papier-maché fixes of the original proportions and materiality, AleaOlea has delivered a thoughtful restoration through a contemporary palette. This present-day materiality deliberately opposes the aged stone ruin, expressing the history and endurance of the masonry foundation below, which has been skillfully and sensitively repaired.

The dialogue created between the ruin and the new architectural insertion is unique for such a holy establishment. Removing its initial programmatic intent as a place of worship, its method of reconstruction has given the building new life as a much-needed community hall for social and cultural use, thus ensuring its conservation.

The 700mm thick walls of the church are reinforced by vertically stacked, perforated clay blocks, which are supported on concealed steel channels that span its proportions. Alternating white bricks are laid offset from their neighbors, creating a richly textured effect that resonates against the corbel stone and rough remains of the once lustrous stone church.

Unlike the more defined arched openings of church designs of this era and location, the addition of new rectangular windows sited within the perforated clay blocks and brickwork showcase an architectural delight that responds to its contemporaneous program as a community hall. This is showcased most prominently on the west and south sides of the building, where external light is modulated by the perforations, allowing a tempered and delicate illumination to permeate the interior.

This new masonry façade is loosely based on a latticework texture, which is complemented by a new gabled Arab tile roof. The whole system aims to be seen as an architectural ceramic shell that rests gently on the remains of the ancient walls. Its lightness and unique detailing provide two sensations that support its accolades: Firstly, through the choice of a masonry façade in the form of modern clay blocks, it strengthens the perceived solidity of the original, thick stone walls. However, its color, texture, and construction allow a secondary reading; through the light that permeates the interior, it is read as delicate, like a curtain — a veil that fills in the outline of the ruin.

Succeeding in restoring the perception of the old church from the outside, the inside of the building is intensified by the filtered entrance of natural light through its white tectonic shell and the introduction of new windows. A new patio is extended out from the west façade, accompanied by whitewashed walls that help ground the dialogue between the new veil and its ancient foundation.

With the addition of new bathroom and storage facilities, the internal hall (nave) has imbibed both original and new spatial appreciations. Designed by the architects, a minimal circular candelabra and an array of lights are now strung from the ceiling via long white cords, creating the effect of glowing cobwebs that illuminate and fascinate the viewer. Vilanova de la Barca has been blessed with a new community hall, and it has recovered its historical center. This is a building that gives weight to the potential of architecture to mark new territory that is both beautiful and conscious of memory. 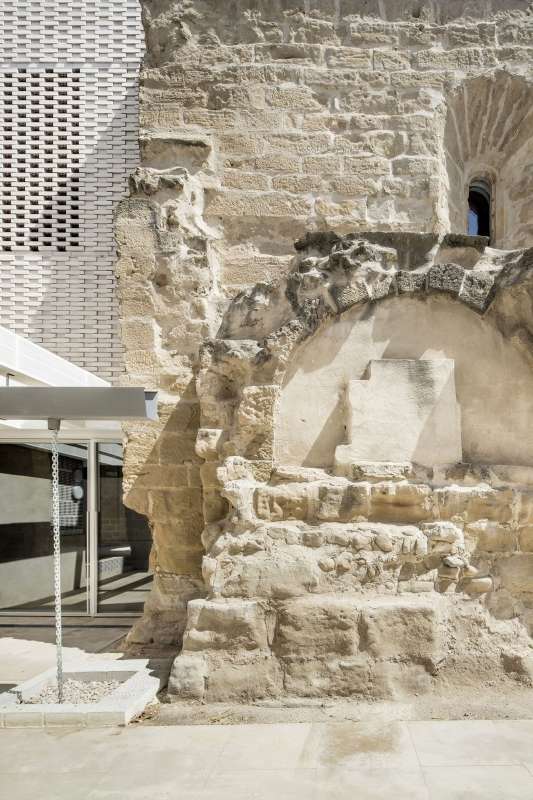 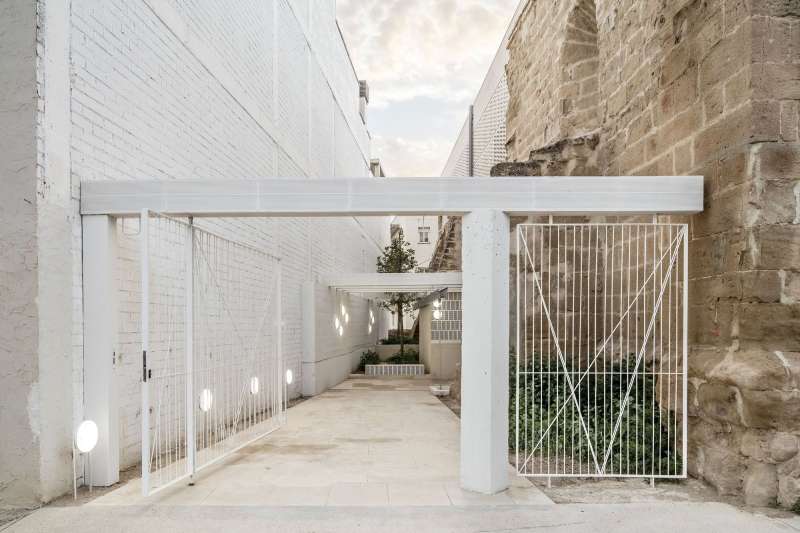 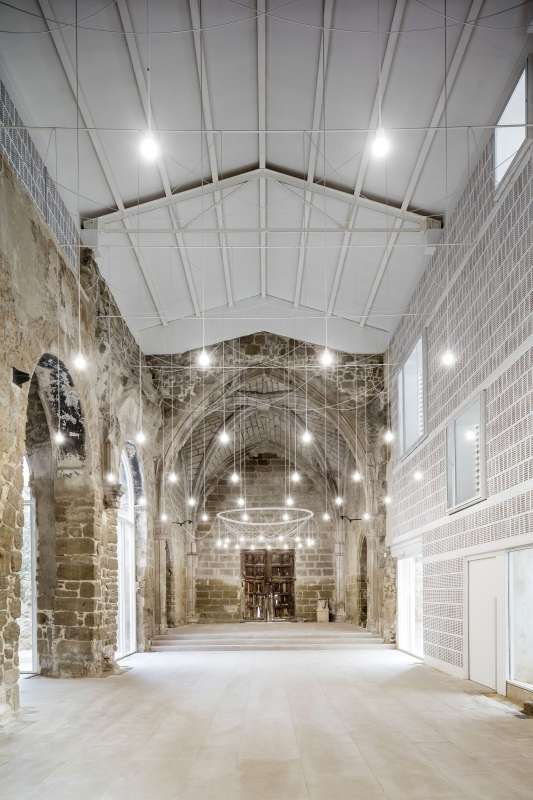 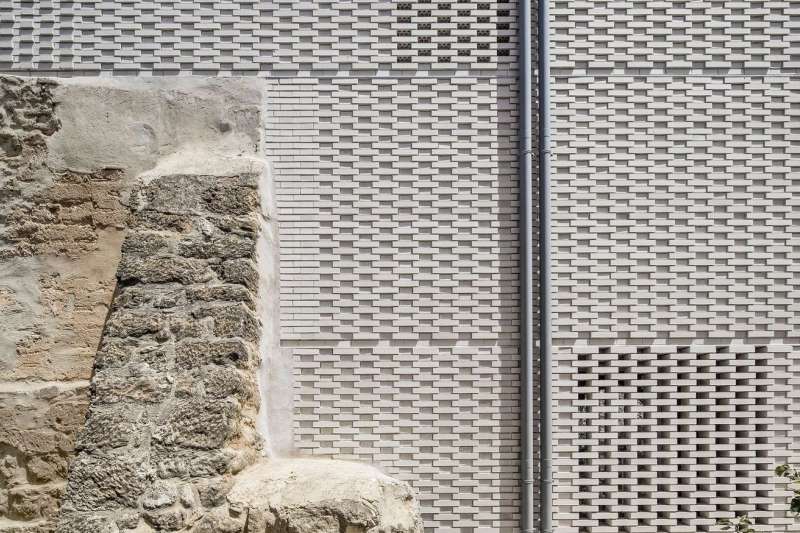 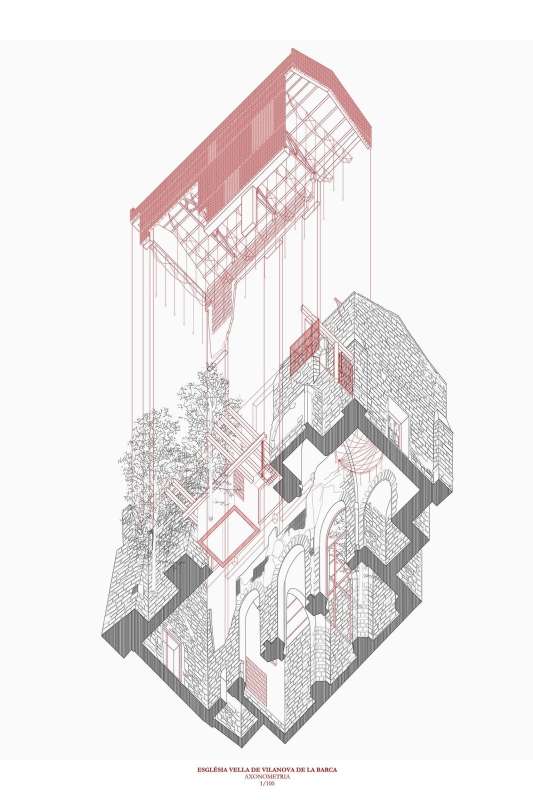 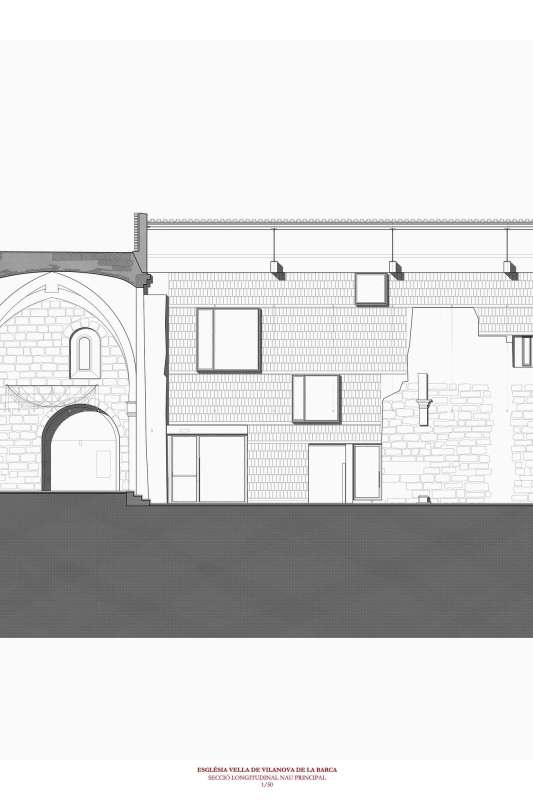 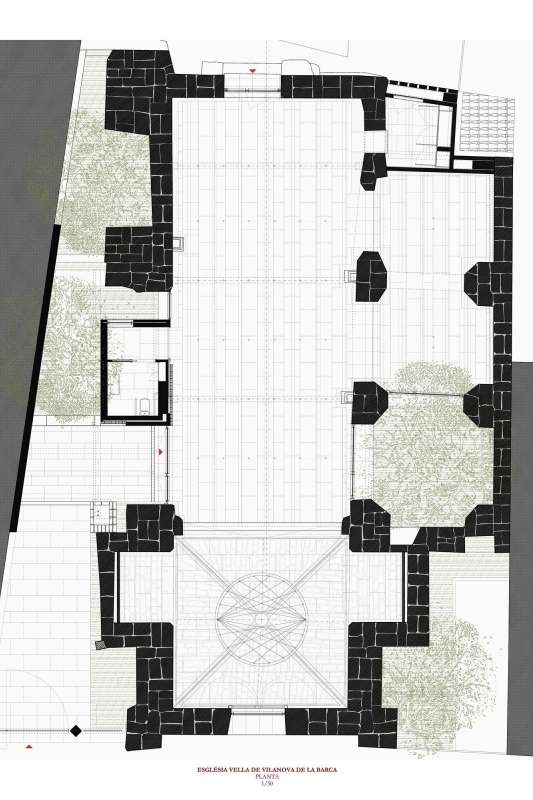