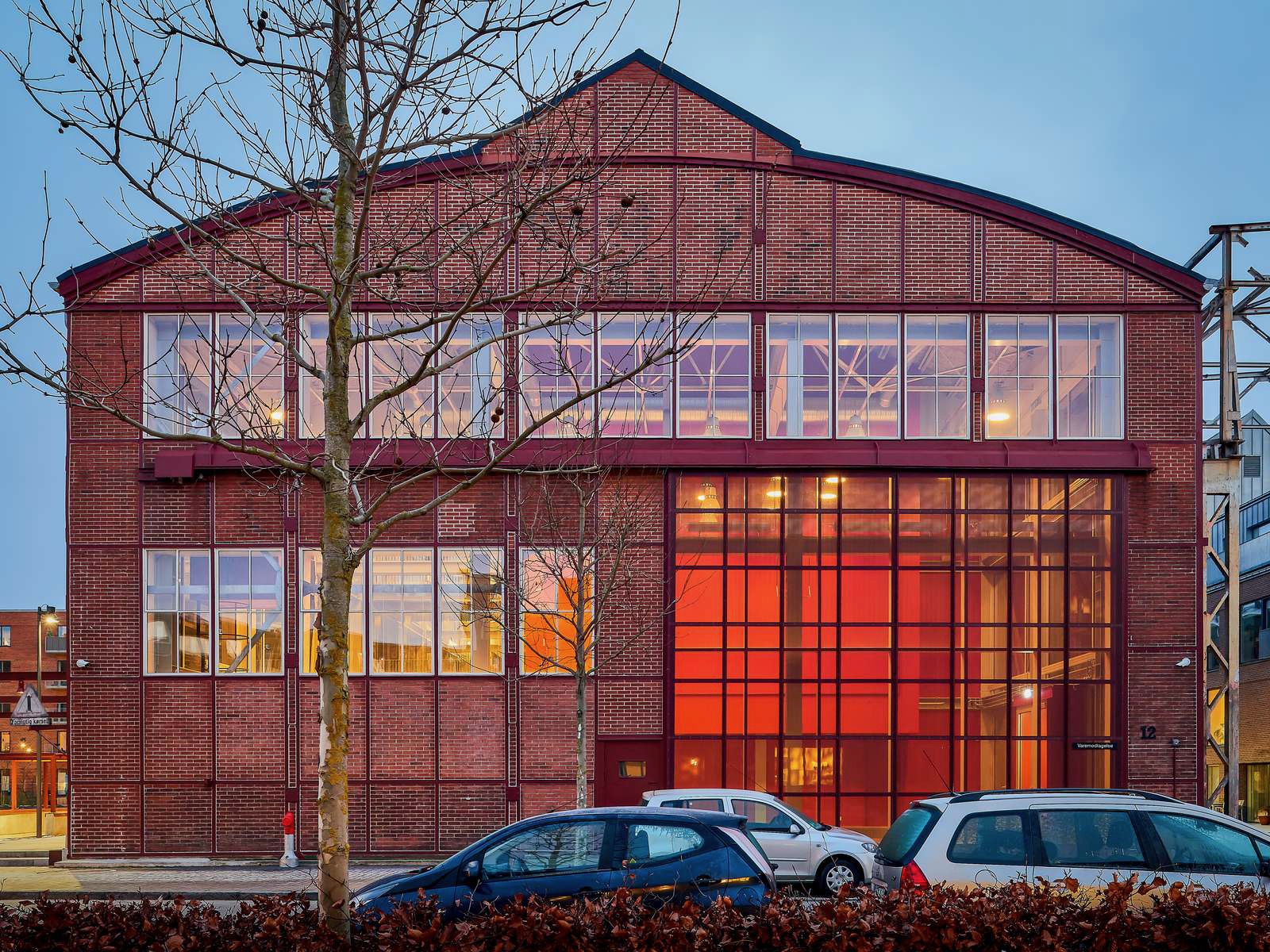 Once used to assemble parts for cement factories, the 200-meter-long Assembly Hall has undergone a gentle transformation that makes space for new dwellings and common spaces in Valby’s Maskinfabrik.

The Assembly Hall is a former industrial hall in Valby, Copenhagen, restored and transformed by C.F. Møller Architects between 2014 and 2018. The listed building is located in the area of Valby Maskinfabrik, an old industrial site in Valby that is becoming a new urban neighborhood in Copenhagen. Considered as the heart of the new district, The Assembly Hall is located in the center of a dense, low-traffic streetscape facing a large recreational space.

With its red steel framing and red partitioning sections, The Assembly Hall has a characteristic appearance and color scheme that is used as a base for the new transformation. One of the building’s special qualities is its profile, which continues down its entire length, projecting a strong impression. It also provides the architects with the opportunity of dividing the building into three different sections – a business section, a common section, and a residential section.

The Assembly Hall’s industrial expression is mainly characterized by steel and red brick, as the façade and the roof are carried by rhythmic columns with panels of brick in a steel lattice structure. Other details include the building’s prism-shaped skylights, its delicate, white-painted windows and two large sliding doors in the building’s gables, where former factory equipment left the building after assembly. Old traces of the crane track remain inside today to show the building’s original function and history.

The building’s outer brick wall acts as an unheated mere raincoat facade that originally protected the assembly work and the crane against the weather. In the transformation, the outer parts of the building are maintained in their original form and have been insulated with a double-layered glass screen.

The new, interior glass walls show the original interior walls with its dirt, old wood and industrial traces intact. Both ends of the hall also have a new interior construction and function: While the northern end of the hall is transformed into a 1.400-square-meter business area, the southern end is now a flexible 1.200-square-meter event and community house for the neighborhood.

In the hall’s middle section, the building’s rhythmic features are translated into a section for 66 housing units with a new setback façade that opens the building up with new daylight conditions, balconies and terraces for the residents. To the west, the apartments face the new central urban space in Valby Maskinfabrik with recreational outdoor areas.

In the southern building section with the common space, the façade has been insulated from the outside by inserting red polished wall sections into the steel grid construction of the façade. A few new windows in red lead and steel have been inserted to provide more daylight for the common space, clearly contrasting the original white windows.

During its gentle transformation, The Assembly Hall has been filled with new functions that make it relevant for a new urban context without compromising its original expression. By making the long hall multi-functional and splitting it up into sections for housing, business, and common events, C. F. Møller has turned the hall into a new meeting place for residents and visitors of the neighborhood of Valby Maskinfabrik. 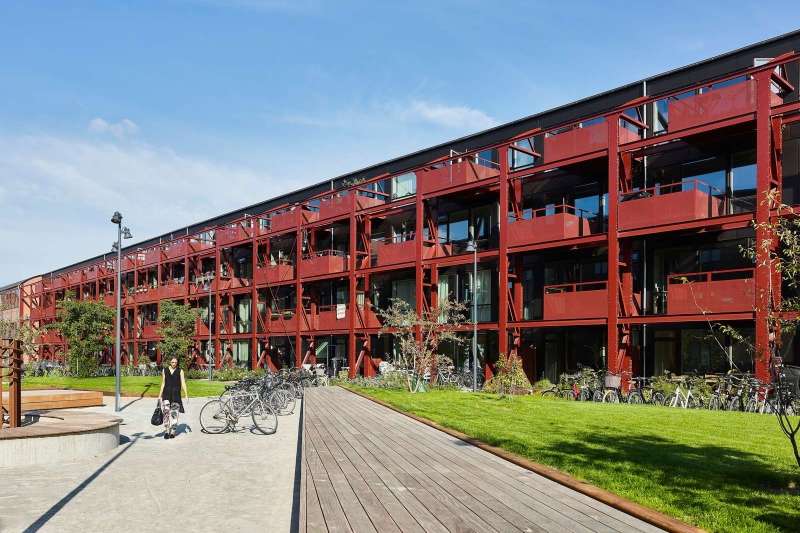 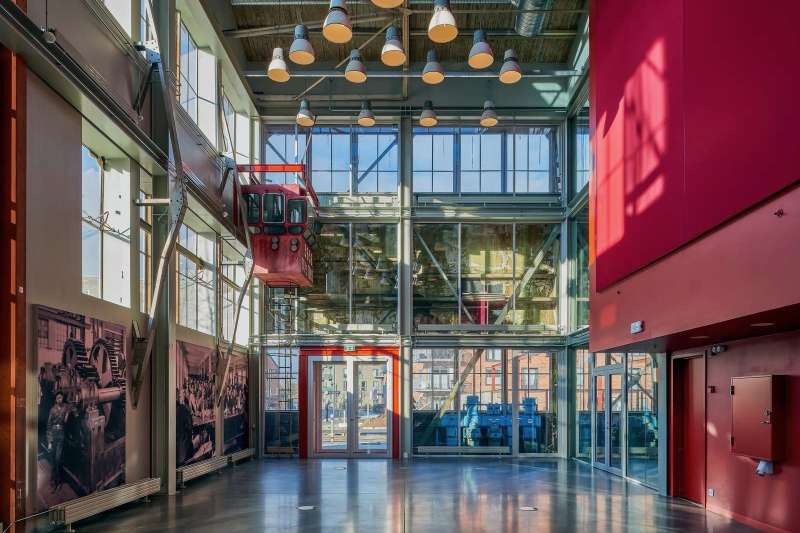 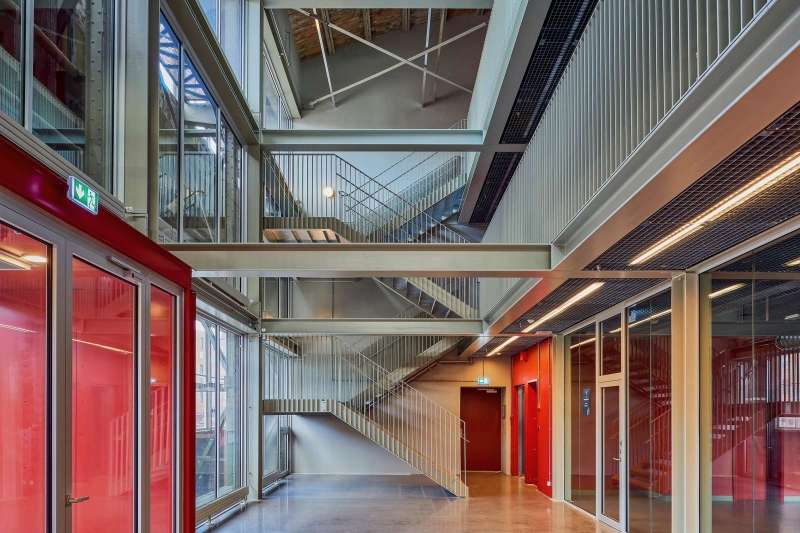 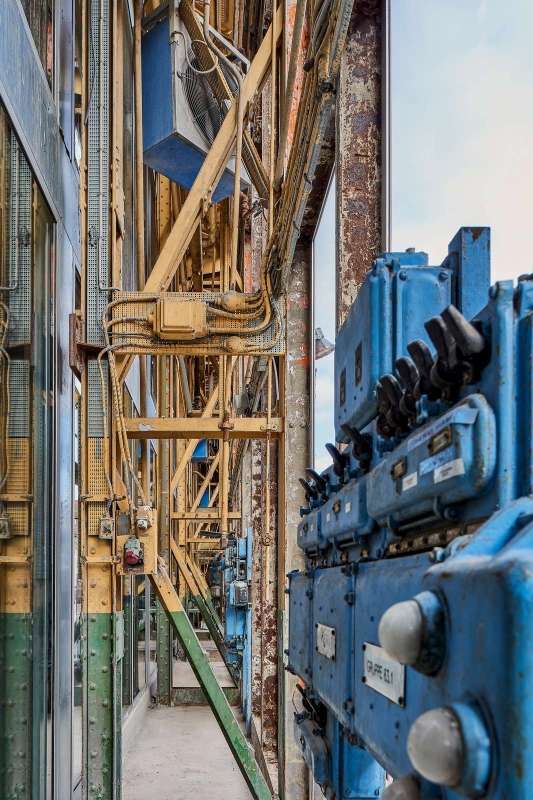 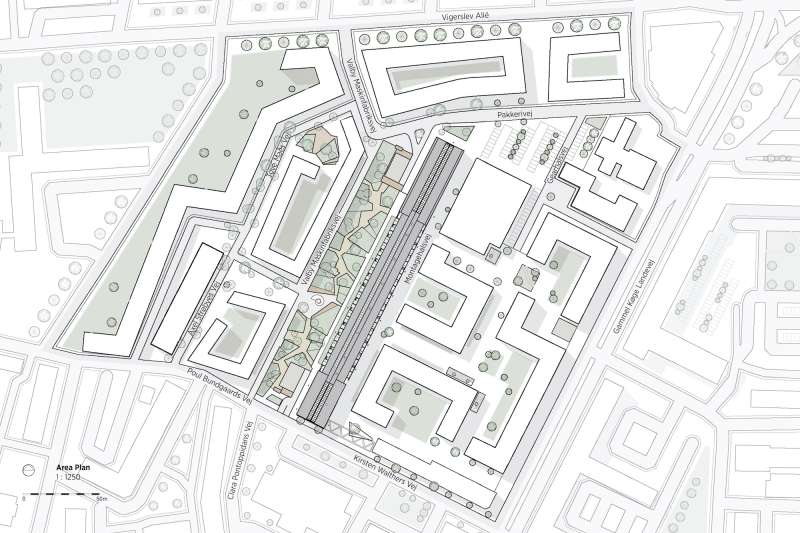 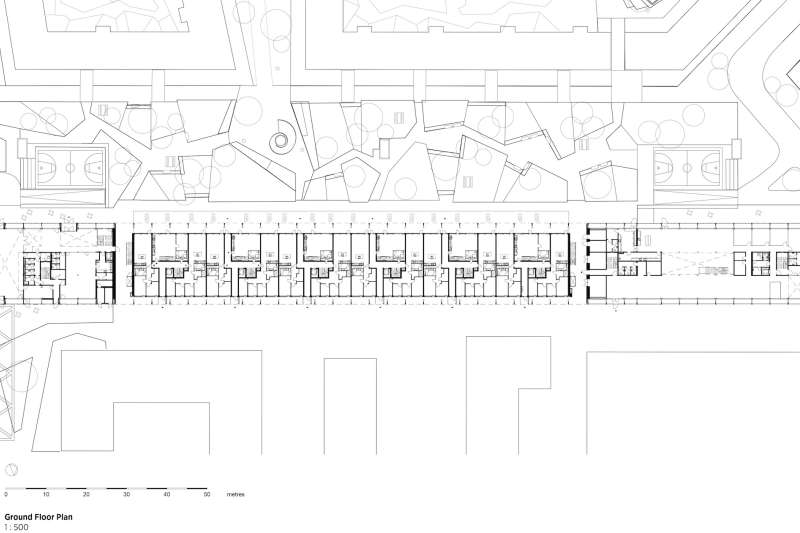 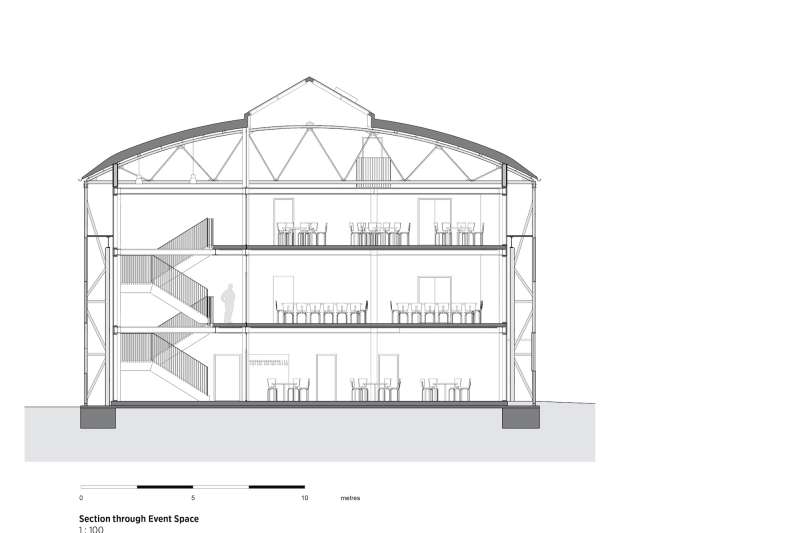