The Crystal at the Royal Ontario Museum 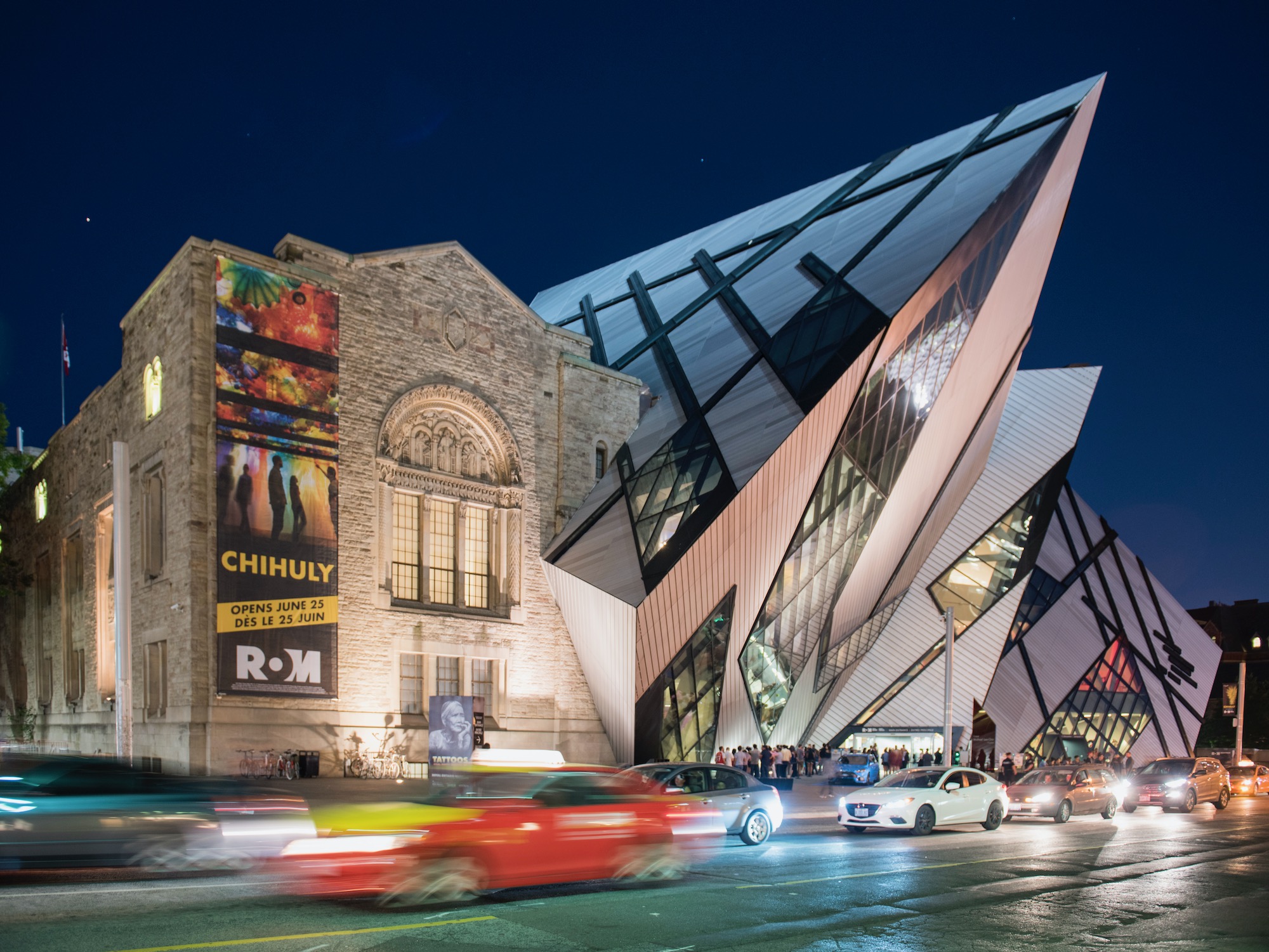 The Royal Ontario Museum project set out to renovate ten galleries in the existing historical building and create an extension to the museum, dubbed the Michael Lee-Chin Crystal.

Approximately half of this building is devoted to gallery space, while the ground floor features a spacious new entrance and lobby, as well as a new retail shop accessible directly from the street. Also included are three new restaurants.

This building tells a unique and a particular story which crystallizes the ROM’s programmatic content and the singularity of the site. The Crystal transforms the character of ROM into an inspired atmosphere dedicated to the resurgence of the Museum as the dynamic center of Toronto.
— Daniel Libeskind

The Michael Lee-Chin Crystal derives its name from the building’s five intersecting volumes, which are reminiscent of crystals. The intersection of two of the crystals, each of which is dedicated to new galleries, creates a void known as the Spirit House.

Essentially a large atrium rising from below ground level to the fourth floor, and containing a number of crisscrossing bridges at various levels, the Spirit House is intended to be a place for visitors to reflect upon the exhibitions they have experienced in one of the gallery spaces before moving on to the next.

A fourth crystal, known as the Stair of Wonders, is dedicated to vertical circulation but also features exhibition vitrines at the landings.

A fifth crystal houses the restaurant, which cantilevers over the existing West Wing galleries and provides panoramic views of downtown.

The intersecting spaces of the Michael Lee-Chin Crystal create a variety of atria at different levels, affording views into galleries and other spaces within the museum.

The building envelope consists of two layers: a water-shedding skin covered by champagne-colored anodized aluminum extrusions that shimmer in the sunlight, and in the nighttime pick up the glow of the city. Approximately 20% of the facade is pierced by windows that provide views both out to the city but also into the building and its galleries, strengthening the link between the museum and passers-by.

The program of the Royal Ontario Museum provided a wonderful opportunity for dramatic new architecture and the creation of a great public attraction. The centrality of the site intensifies the profound relationship between history and the new, between tradition and innovation. The historical buildings, complemented by forward-looking and bold architecture, form an ensemble which regenerates the urban significance of the Museum, solves the complex functional issues, and dramatically improves exhibitions, facilities, programming and amenities. The Crystal is an interlocking form which turns this important corner of Toronto into a luminous beacon – a veritable showcase of people, events and objects, transforming the entire museum complex into a world-class destination.
— Daniel Libeskind 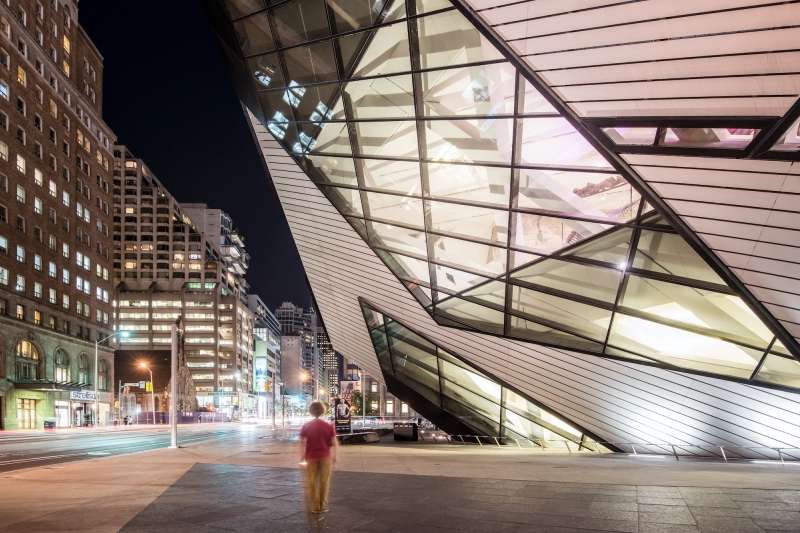 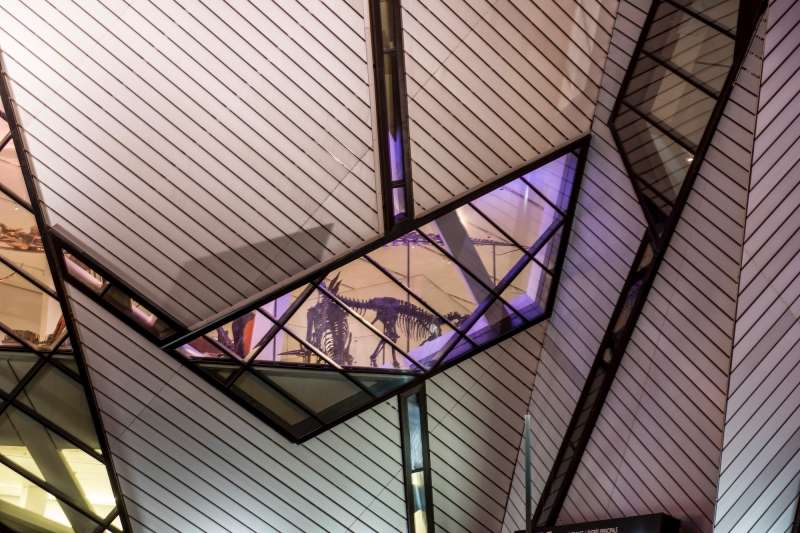 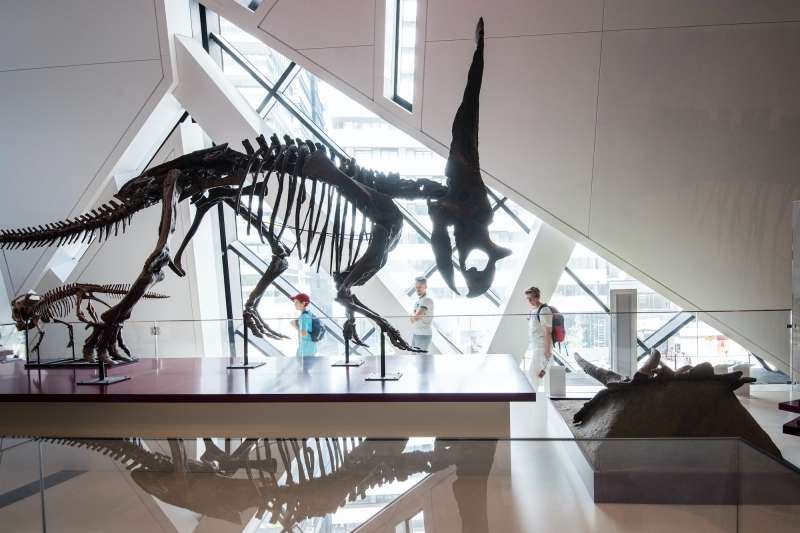 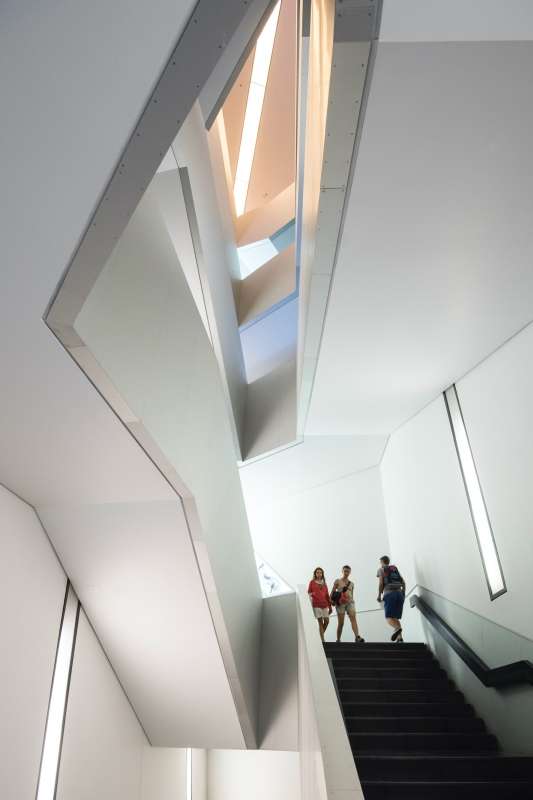 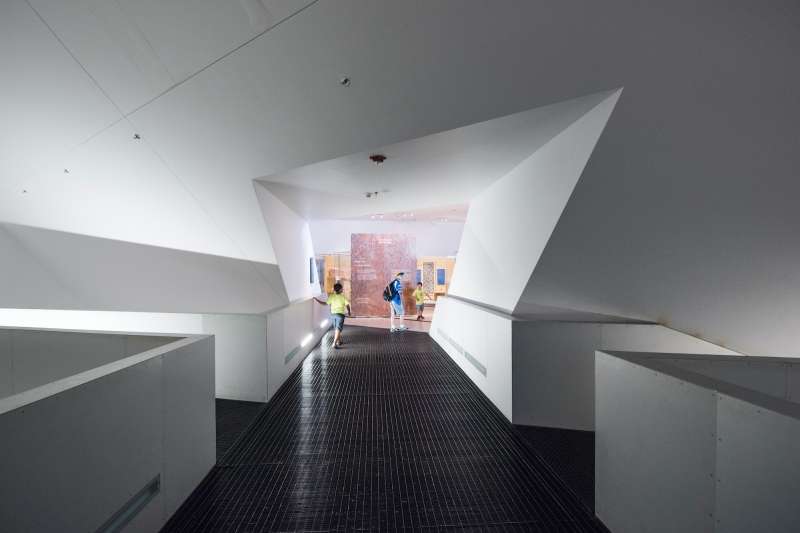 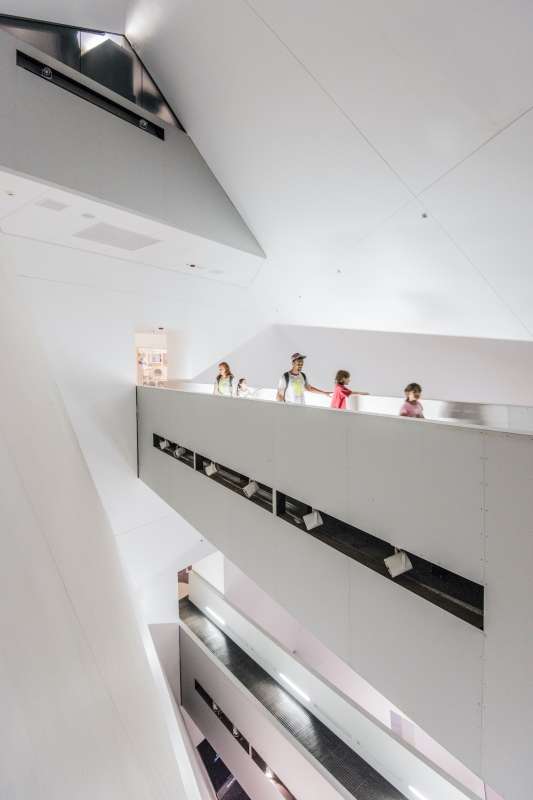 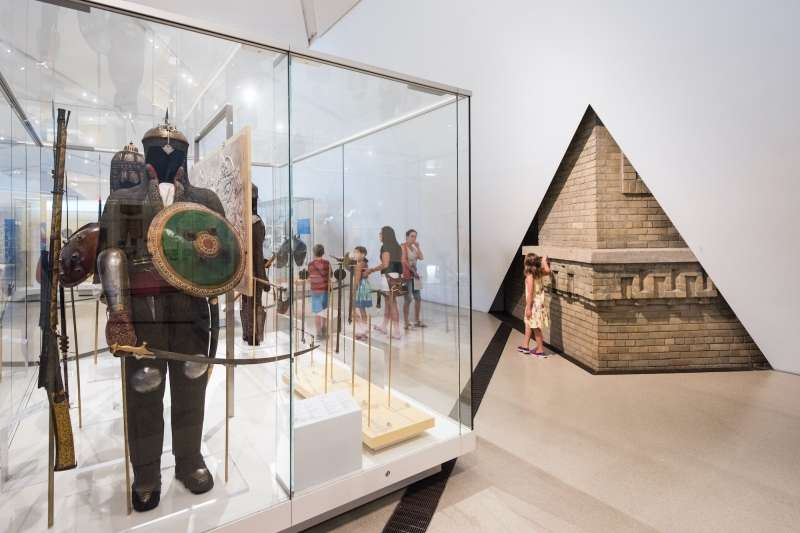