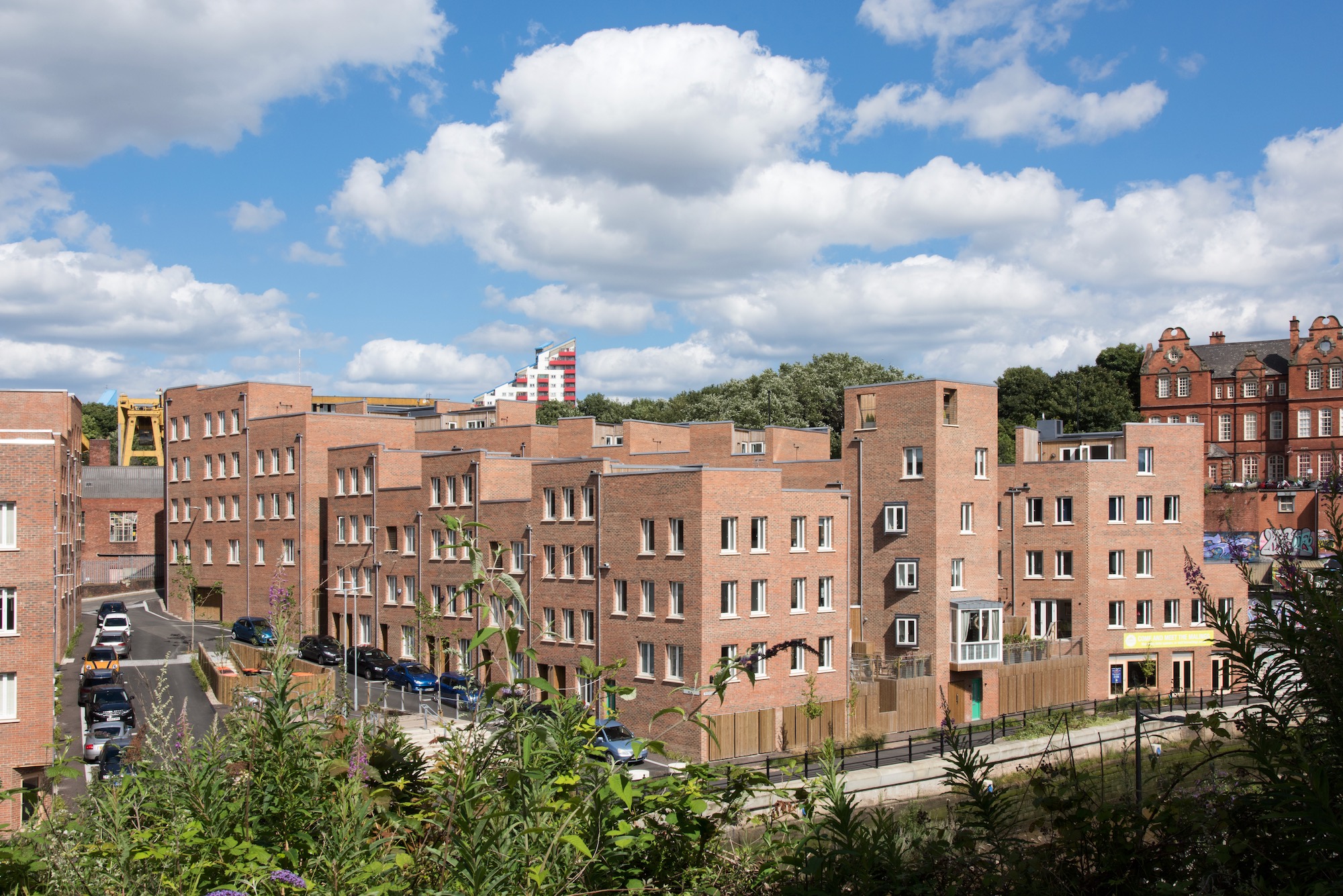 On the bank of the Ouseburn River, The Malings by Ash Sakula Architects repurposes, with 76 new dwellings, a site previously occupied by the Maling family’s pottery since 1817.

The 6,800-square-meter development provides a diversity of housing typologies including courtyard houses, back-to-back houses, six-story tower blocks and an adaptation of the much-loved Tyneside flat, as well as public spaces and commercial tenancies along the river’s edge.

Ash Sakula’s design points to both the industrial and residential character of Newcastle. The three- to six-story blocks straddle residential and industrial scales, deftly speaking to both through a pared-back architectural language. The quiet material palette of red-buff brick and simple rectangular forms takes from the utilitarian, economic and robust nature of its industrial context, sitting in accord with the warehouses on the opposite bank of the Ouseburn. This industrial language is then layered with a domestic one, using the site’s slope to break down the building’s mass, creating a series of undulating forms and syncopated roof-lines familiar to Newcastle’s residential streets, and framing the river below.

The dwellings are planned along five linear rows that radiate towards the river’s edge, creating intimate sloping streets and generous wedges of outdoor living space. Each dwelling has its own external front door, continuing the street-based urbanism that riffs off the traditional life of Newcastle’s terraced neighborhoods. Each resident’s relationship to the street establishes a strong sense of community and place, connecting residents directly with one another and the Ouseburn — sharing the view of the river down the south-west sloping streets in the mid-afternoon sun.

The focus on public life continues throughout the design with shared allotments, cycle stores, recycling areas and a raised central public square overlooking the river. For Ash Sakula, creating openings between residents’ private and shared lives and providing an opportunity for occupant agency is pivotal to all their residential projects. They intentionally design spaces with ambiguity or plant spatial situations that question use, boundaries of ownership, separation of private and public life — situations where the user has agency in how the space is occupied. In The Malings, Ash Sakula placed a long, wide bench between the front gardens, which is shared with one’s neighbor. It might become a shared space for sitting, could be used for storage or the display of potted plants. Its function is open to interpretation by the residents, and as such must be negotiated between neighbors: boundaries are set or broken down by their social interactions, encouraged by the spatial framing planned by Ash Sakula.

Any ambiguities, questions, extensions that one can plant into a project allow for better city-making and neighbourhood-building.
— Cany Ash, Partner at Ash Sakula Architects

The Malings is the first in a series of developments within a wider master-plan of the Lower Ouseburn Valley, in partnership with sustainable real-estate business Carillon Igloo, Newcastle City Council and the Homes and Communities Agency, to take place across six waterfront sites in Newcastle; the Malings heralds the development’s initial success.

The Malings is the recipient of the RIBA North-East Award 2017 and the Supreme Winner at the National Design Awards 2016. 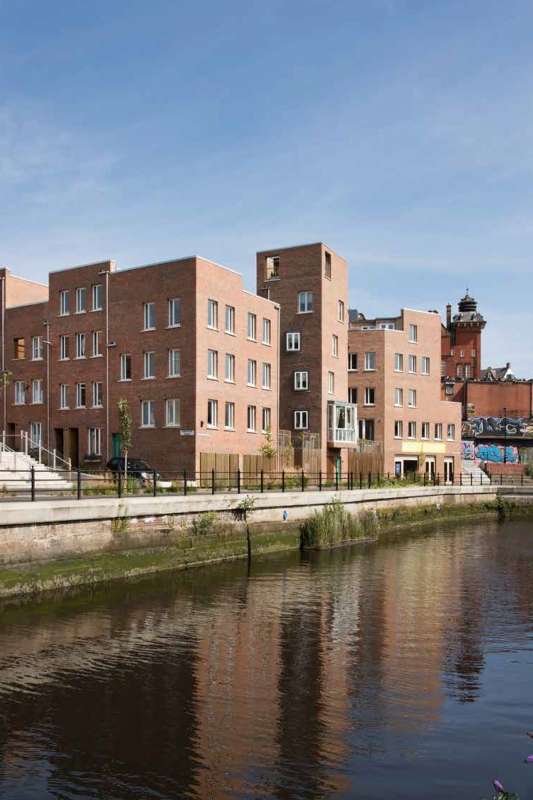 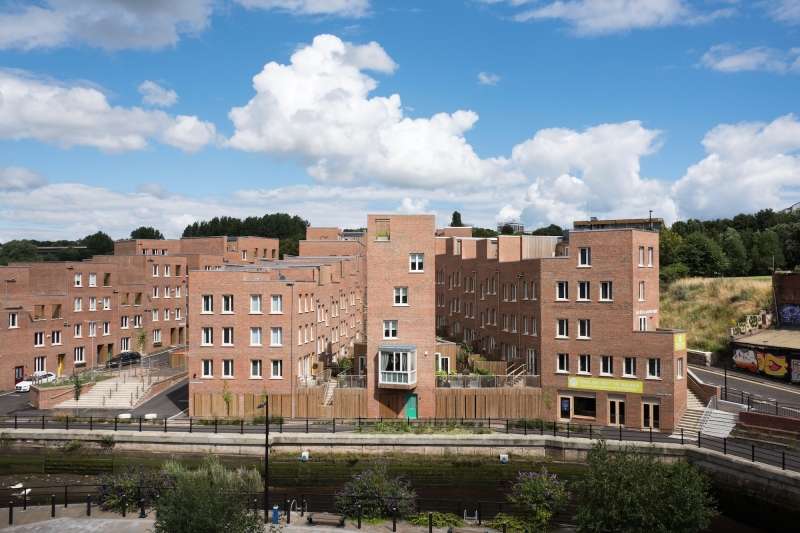 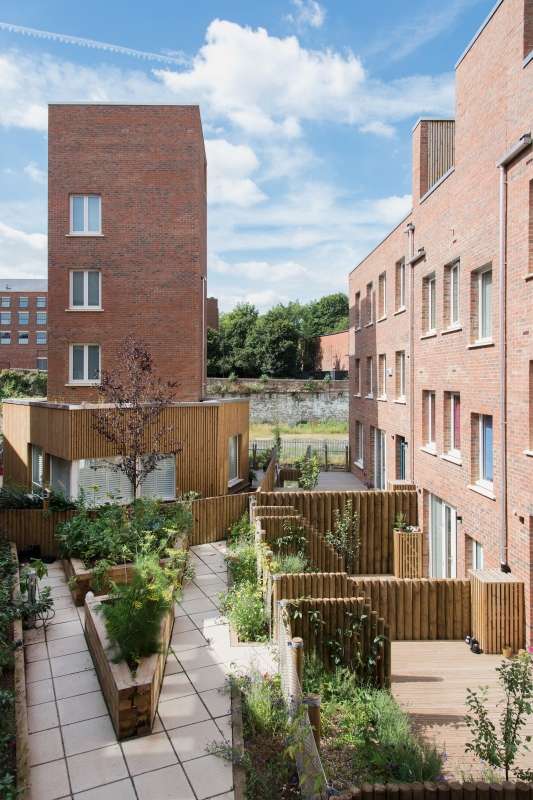 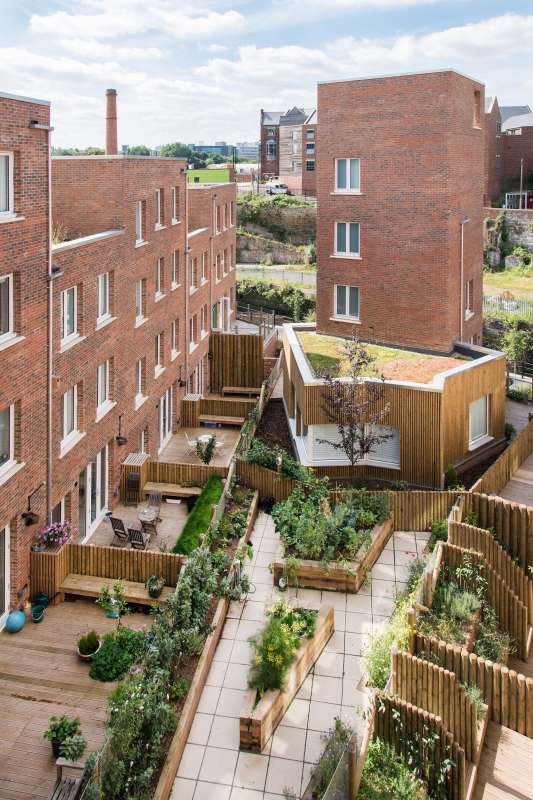 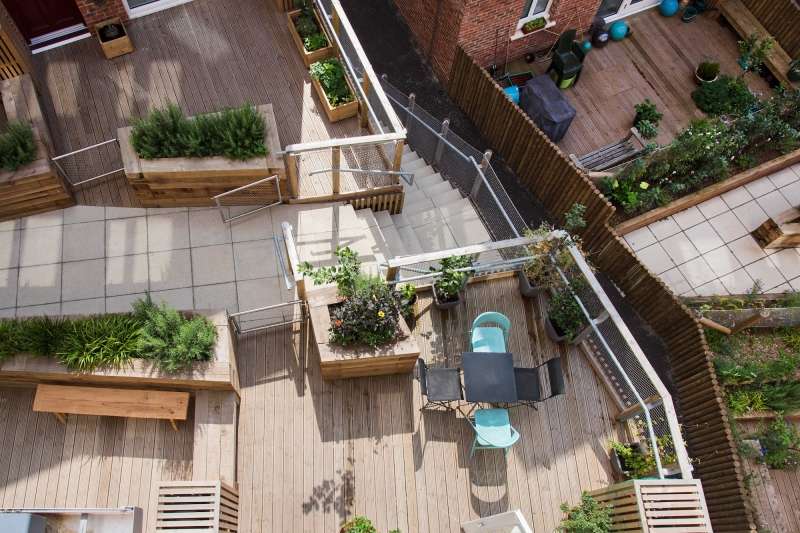 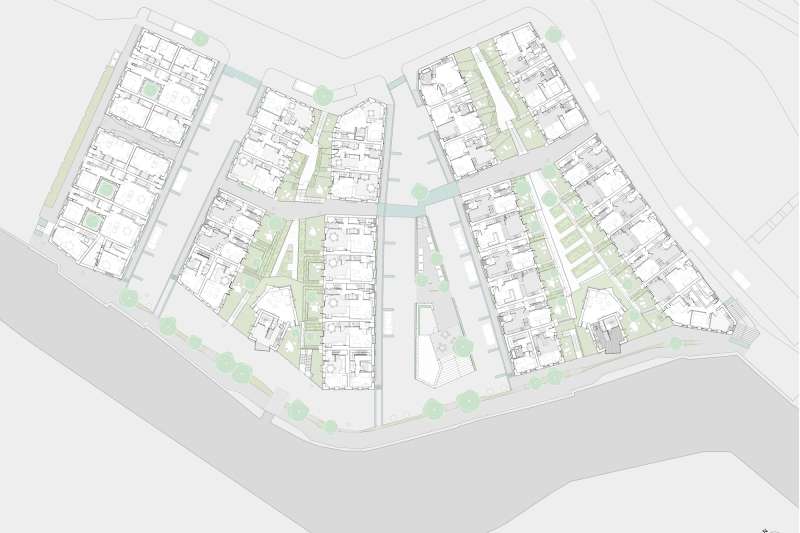