The Netherlands Embassy in Berlin 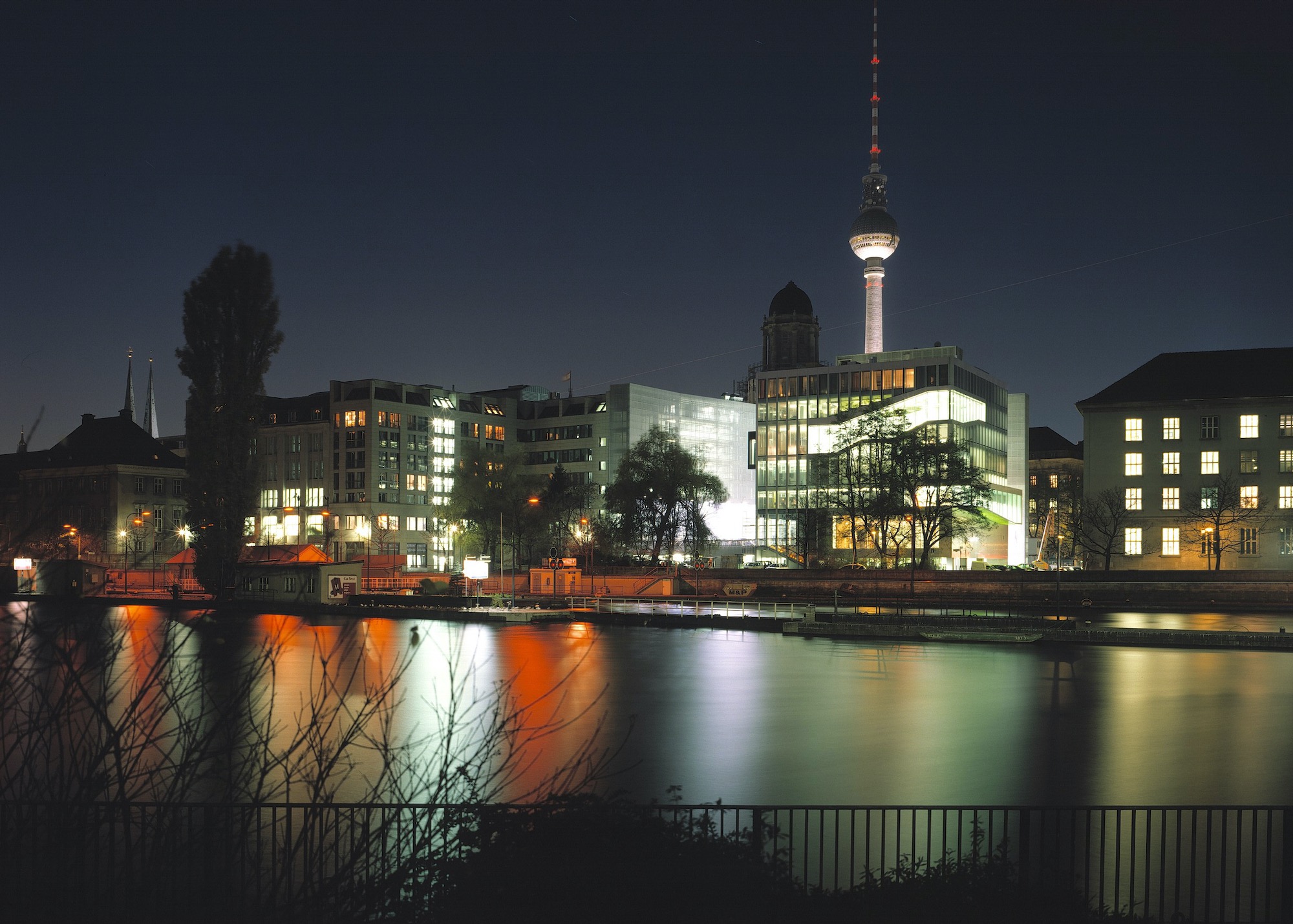 In the wake of the reunification, the German government relocated the capital to Berlin’s “Mitte” (center). The Netherlands, having sold its former embassy site after the war, was free to choose anew; the Dutch government then opted for Roland Ufer in Mitte, the oldest Berlin settlement, next to the ‘new’ government district of their main trade partner.

Traditional [former West Berlin] city planning guidelines demanded the new building to complete the city block in 19th century fashion; the [former East Berlin] city planning officials had an open mind towards our proposal for a free-standing cube on a block-completing podium.
When we were given charge of the design of the entire site we were able to further explore a combination of obedience (fulfilling the block’s perimeter) and disobedience (building a solitary cube).
— OMA

The access road between “cube” and “residential wall” acts as a courtyard, open to one side, to allow a panoramic view across the Spree and the park. In order to emphasize the difference with the surrounding buildings, which are clad with stone, the socle and the wall with the residences are clad with aluminum.

A continuous trajectory across all eight stories of the embassy shapes the building’s internal communication. The workspaces, the “leftover areas” after the trajectory was carved out of the cube, are situated along the facade. Reception spaces are positioned inside the cube. Other semi-public spaces are located closer to the facade, and at one point cantilever out over the drop-off area. From the entry, the trajectory leads on via the library, meeting rooms, fitness area, and restaurant to the roof terrace.

The trajectory exploits the building’s relationship with its context — the river Spree, Television Tower (“Fernsehturm”), park and wall of embassy residences — part of it acting as a “diagonal void” through the building, which allows one to see the Fernsehturm from the park.

The slightly over-pressurized trajectory works as the main air duct, from which fresh air percolates to the offices to be drawn off via the double plenum facade. This ventilation concept is part of a strategy to integrate more functions into a single element.

This integration strategy is also used with the structural concept. The internal walls adjacent to the trajectory are load-bearing beams that cross over one another enough to bring down the load, allowing for big open spaces on the lower floors of the building. Load-bearing glass mullions, removable in case of fire while still leaving the superstructure intact, support the floor slabs where the trajectory meets the facade. 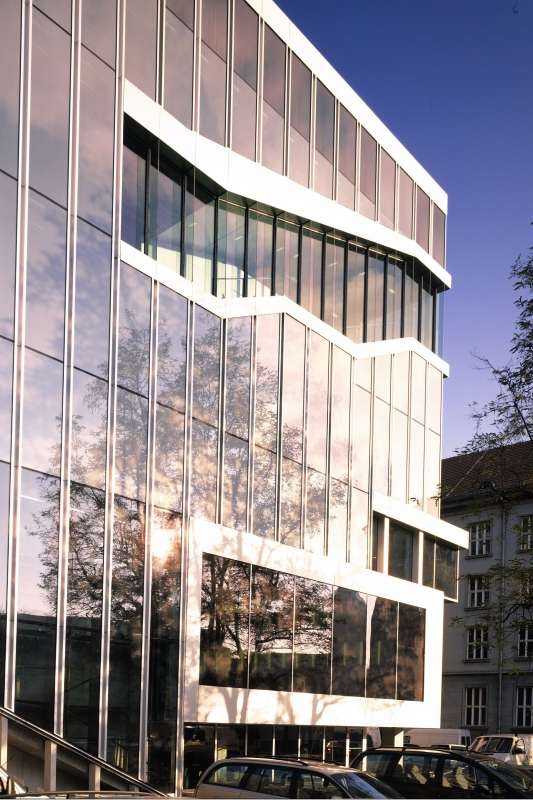 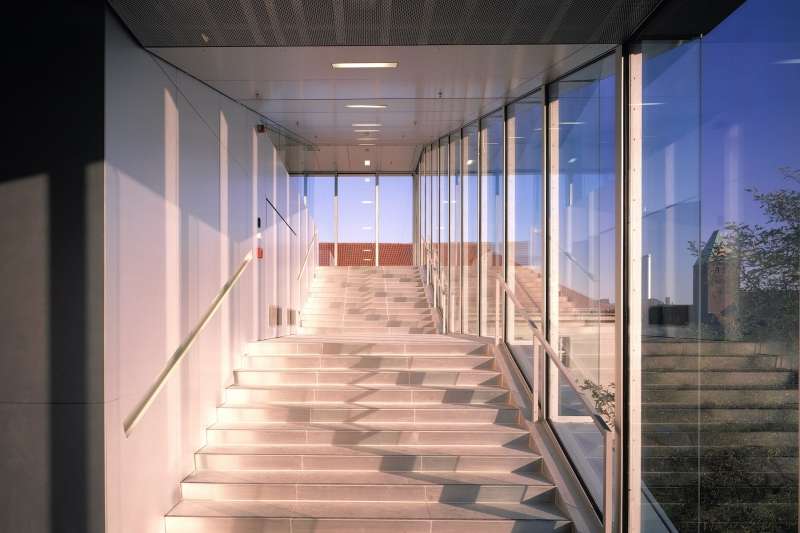 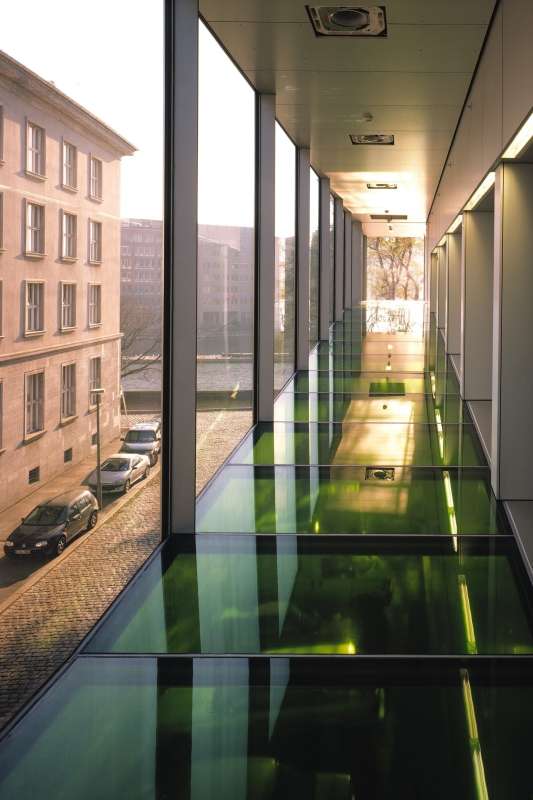 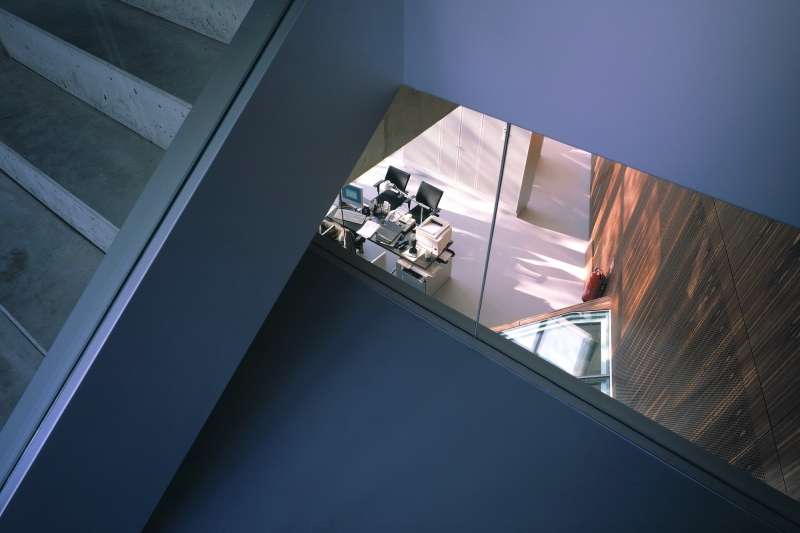 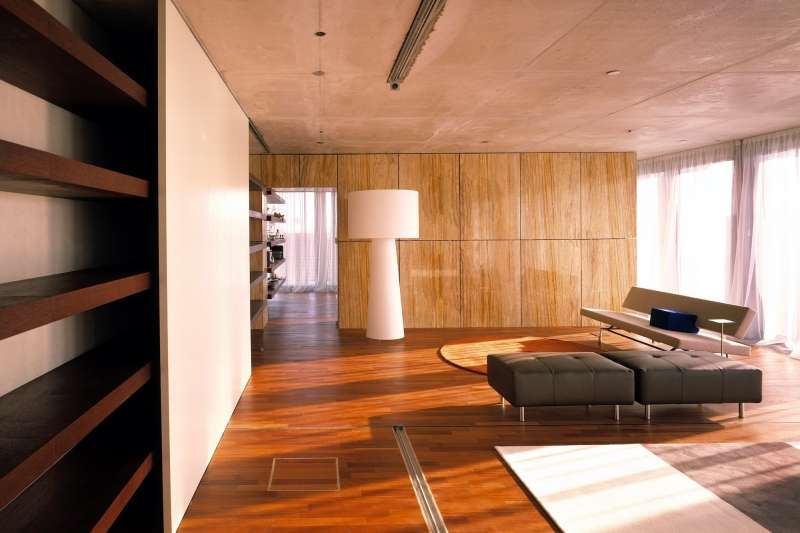 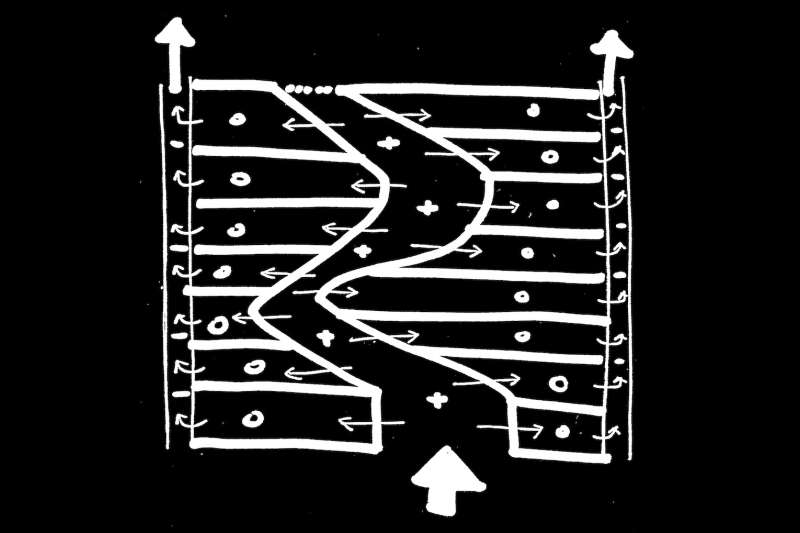 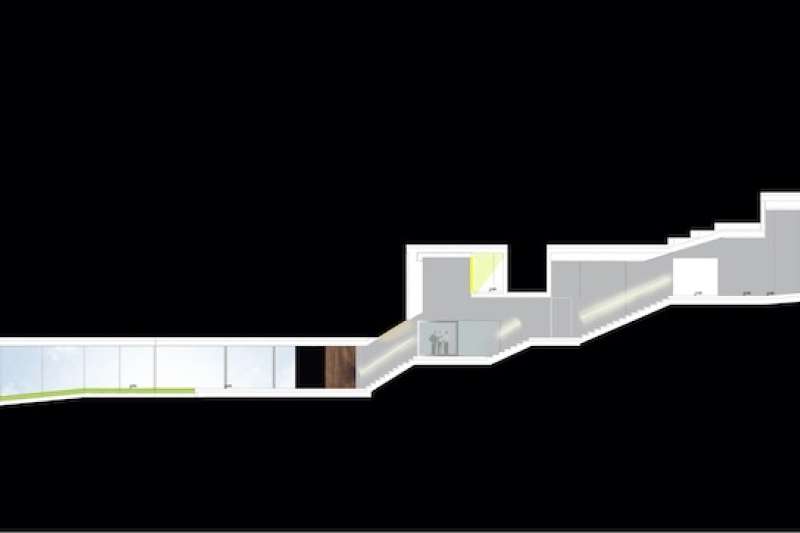