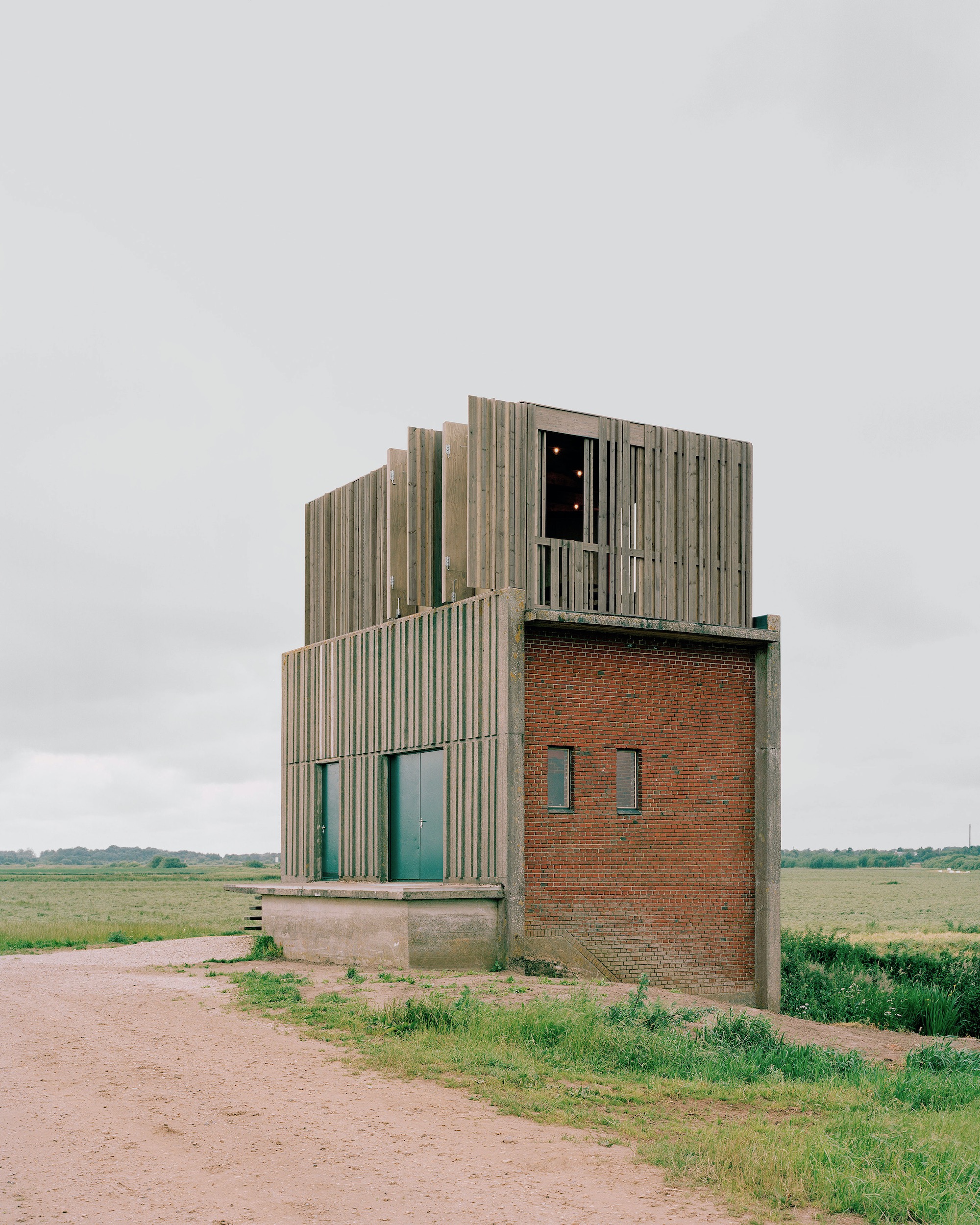 These objects were conceived in the late 1960s in order to facilitate an attempt, through land reclamation, to straighten out the Skjern River. A large number of environmental problems resulted from this alignment, which led to the river being restored to its original run in 2002. A vast and undisturbed natural area has since reappeared in its true glory, which has attracted many visitors back to the river’s edge.

The original pump stations were detailed alike, though they were of different sizes and shapes.  These original stations were dressed in concrete relief, reflecting an architectural wave of the ’60s. After their disuse, they stood unsentimentally raw in the landscape. The materiality and vertical relief of the concrete facades are loosely reminiscent of the surrounding plowed furrows of the field and the soil profiles that control the river’s run. They originally contained underground water chambers, large halls for the pumps, storage rooms, and high voltage rooms. The original machinery in the pump halls was removed from operation and new pumps were located in the underground water chambers. As a result, this left a level of each station free of use. This spatial leftover, in combination with the revitalization and activation of the surrounding landscape, became the catalyst for the exciting rehabilitation of these now folly-like river pump stations.

Facilitating the conversion of the pump stations along the Skjern River, a series of objectives was delivered by Johansen Skovsted. The main challenge was to work with and assay the massive and heavy character of the stations, to both challenge and enhance their figure in the landscape. Second, the client and design team wanted to add a human scale and more inviting materiality to their new use, maintaining a unified whole among the differently sized stations.

A framework was arranged to facilitate the new life of the area, rebuilding and extending the above-ground parts of the three pump stations, ‘in the form of exhibition spaces, indoor and outdoor viewpoints to look out over the landscape, rooms for different kinds of events and accessibility for the disabled.’ These extensions and the new interior building elements were mainly built of simple wooden constructions. The wood received a natural high-pressure treatment, in which the use of chemicals was avoided to protect the heartwood against decay. This allowed the new additions to be constructed and fitted on-site without the use of additional materials to cover the end-grain. The result is a low-maintenance and clever solution for this harsh North Sea environment. The simple wooden additions mimic the dimensions and rhythm of the original concrete reliefs of the old pump stations, creating a vernacular link between the old structure and the new, where both generations of architectural interventions can be seen as unified and intended. The new addition and materials add a differing and more welcoming texture — a human scale begins to swallow the monolithic presence and once non-receptive nature of the original construction.

Along with the new wooden construction and tacking on to the old structure, new portal doors and windows create thresholds that open non-existent vistas towards the landscape; new brick construction and windows show gestural flitters of dark terracotta and a muted teal, highlighting details and moments of verticality in the construction. This allows the buildings to be read in a new context, with small moments leading the user through the building and in between the repurposed spaces. The observation decks on the upper levels reflect the most significant changes, where small angular partition walls help divide the large space into digestible portions with directive views out toward the now flourishing landscape.

This project by Johansen Skovsted Arkitekter exists as an example of how pursuing the transformation of a negative architectural heritage can construct a purposeful way of mediating a repressed or failed past with a new contemporary existence and use. The old pump stations once sat drained of color, use and human scale in the landscape. Now revitalized, these structures promise a refuge and potential to re-facilitate the enjoyment of the ground they sit in. 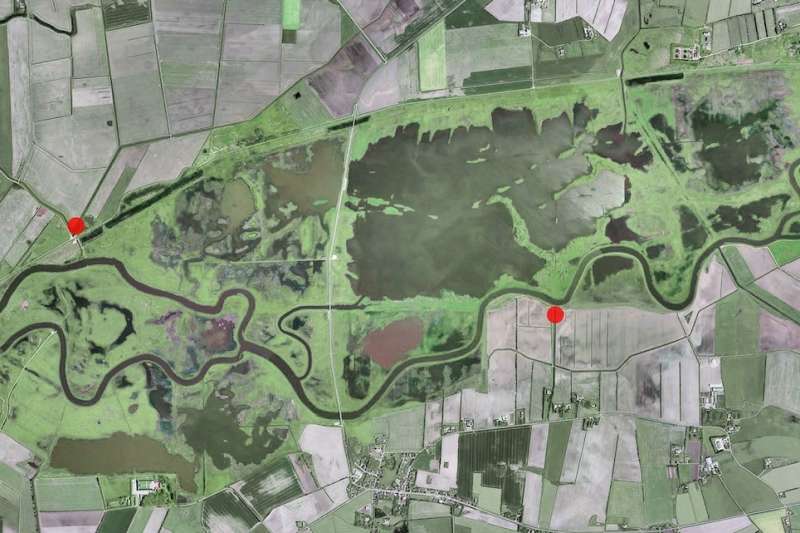 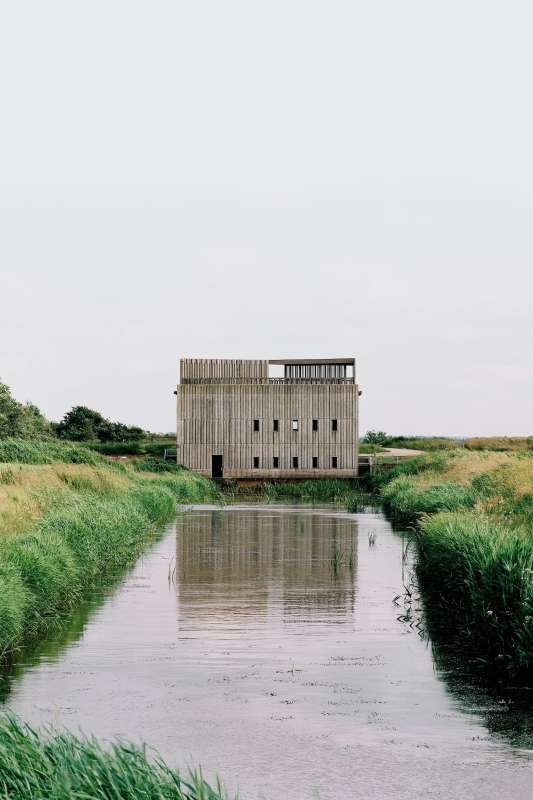 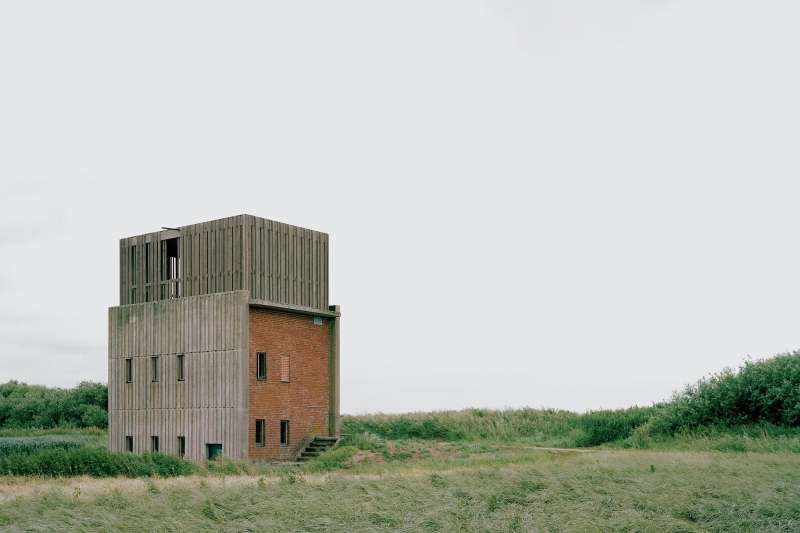 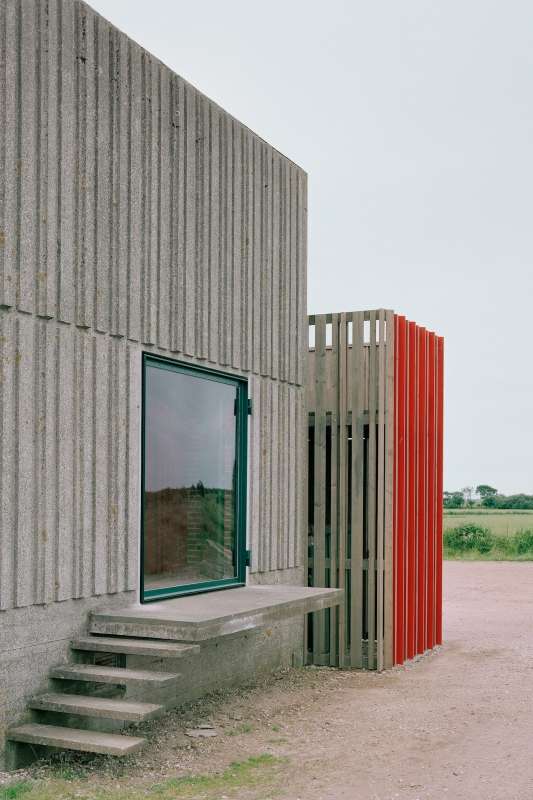 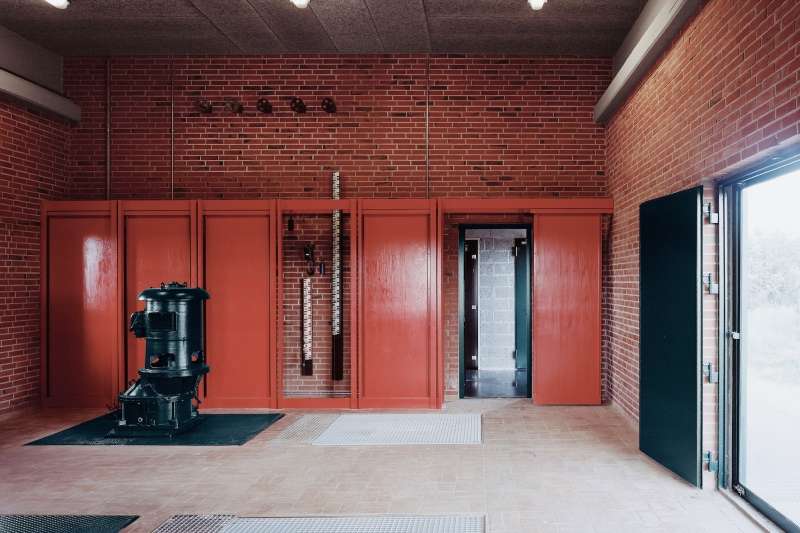 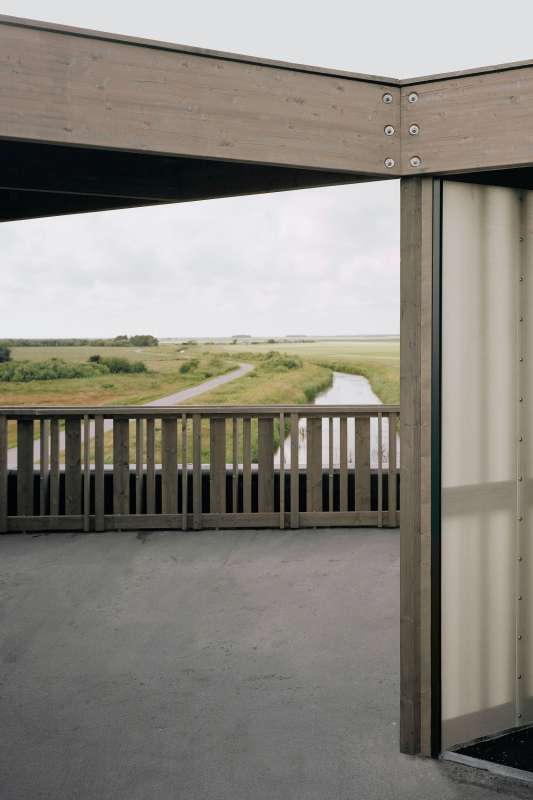 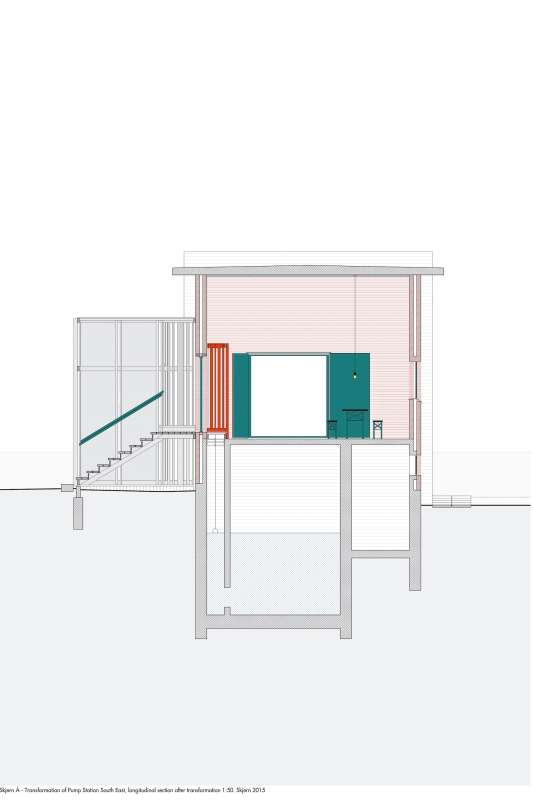